Neuro on Shark Tank: Everything We Know 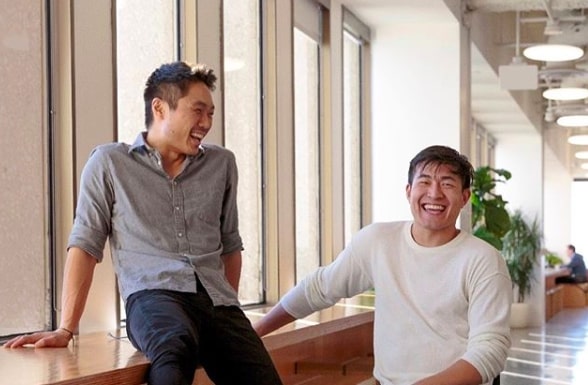 ‘Shark Tank,’ ABC’s business entertainment reality show, borrows its inspiration from ‘Dragon’s Den.’ In this model, several business entrepreneurs pitch their business to potential venture capitalists. The investors, if they feel like a business is worth investing in, exhibit their interest in exchange for equity stakes in the company. This has, over the years, helped many small businesses see the light of the day.

‘Shark Tank,’ which works on the same model, has been the reason why many such small business enterprises in the US have grown. In addition, the panelists are very active in terms of giving business advice to those who need it on ‘Shark Tank’s’ Twitter and Instagram page. Recently, Kevin O’Leary shared tips on how entrepreneurs need to stay in touch with their clients and employees during uncertain times. He reasons that when things get back to normal, they’ll remember it.

Neuro: Who Are They?

Kent and Ryan are the masters behind this brand. The two met in college and formed a partnership that eventually paved its way into the business. Kent is a mural artist and judoka who has trained excessively for the Japanese Olympic Judo Team. He has also competed in Muay Thai. Ryan holds a second-degree karate belt and has trained with the US Paralympic team.

Hey, it’s us. Kent & Ryan. Thanks for being part of our journey to date. Whether you’re new to the Neuro community, or are an OG that helped get us off the ground during our first Kickstarter campaign almost 5 years ago – thank you. Tomorrow, we will be sharing some very exciting updates, so please stay tuned to your inbox, keep an eye peeled and be sure to let us know what you think! Thanks again, Kent & Ryan

The two, who hold degrees in Neuroscience, Chemistry, and Economics, found the formula to their star product in search for something that would keep them going. The two wanted something clean with balanced energy rather than energy drinks that are often spiked with sugar. In this quest, they came out victorious with their product, ‘Neuro’ mints and gum. The success of the product led to its emergence through crowdfunding. They aspire to take it to new heights with its premiere on ‘Shark Tank.’

Neuro: What Do They Do?

‘Neuro’ mints and gum help in sustaining mental energy and focus. The product that also serves as a supplement contains elements ranging from caffeine and L-theanine to GABA and variants of vitamin B. The selling point of the product is that it is more travel and pocket friendly than a cup of coffee. Students, artists, players, and employed folks can use this as a supplement that will give them the caffeine kick they need.

Allow us to reintroduce you to Neuro. Same taste. Same feeling. Only now – way fresher. Shop now. Link in bio.

The company’s social media is filled with product reviews, testimonials, and brand advertisements. Their twitter handle recently posted a new banner regarding their product’s feature on ‘Shark Tank.’

The product is available in two variants. The first one provides energy, whereas the second one provides calmness and clarity. The company is transparent about the ingredients they use in their products. The primary ingredient in both these products is L-theanine, which they claim is the primary amino acid found in green tea. If this sounds a bit edgy, don’t worry, the products are claimed to be NSF, WADA, and FDA compliant. ‘Energy & Focus,’ comes in peppermint and cinnamon flavors, whereas, ‘Calm & Clarity’ comes in honey lemon and ginger chai flavors. It definitely looks like the company is on the rise to be an innovative attraction to its consumer base. Check out their website here.

Read More: Muvez on Shark Tank: Everything We Know