Review: Never Have I Ever Season 1 Episode 7 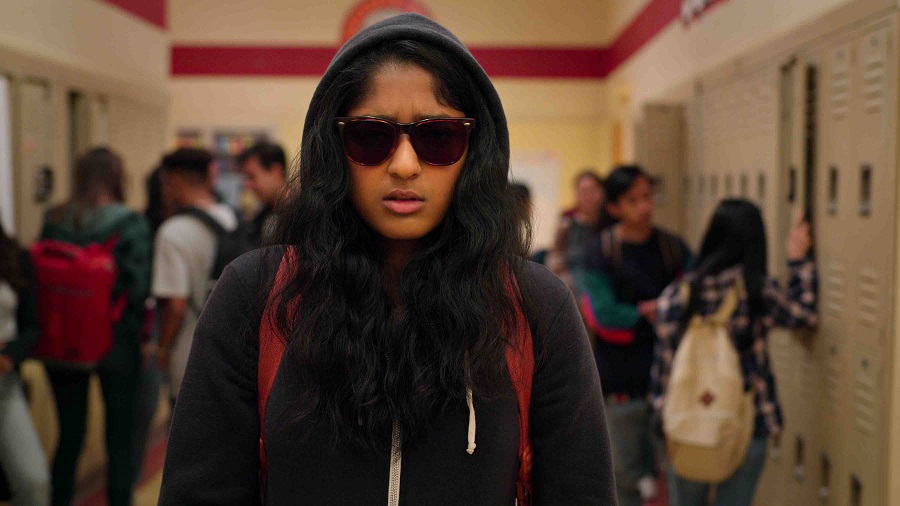 By now, it is pretty clear that Devi Vishwakumar is unable to make rational decisions. Whenever it comes to choosing between what’s right and wrong, Devi always turns towards the thing that complicates things for her in the long run. These actions also make her look like a person who is so self-immersed that she takes everything around her for granted. While she remains focused on how to win over Paxton and suffers from the consequences of her lies, she forgets about her best friends and, worse, expects them to be there for her when she hasn’t done the same.

Never Have I Ever Episode 7 Recap

Devi returns to school with the intent to keep a low profile. Now that everyone knows that she lied about having sex with Paxton, she wishes to go invisible until her graduation. However, when it comes to her attention that Paxton did not expose her, she relaxes. With one problem out of the way, she turns towards her friends on whom she had shouted when they tried to talk to her the last time.

It also comes to her attention that Jonah is a part of the group now. Threatened by his presence, she tries to make up for her misgivings with El and Fab. When she comes to know about their problems, she tries to come up with solutions. She is supportive of Fab’s coming out and pays a visit to Ms. Wong to tell her how she can make things right with her daughter. Though, for how long she can keep up with the practice of being a good friend is soon brought to question.

Never Have I Ever Episode 7 Review

The beauty of Devi’s character is that we don’t like her like we like other lead characters in teen dramas. Those characters lean too much on the good side. While they have some minor and rather convenient flaws, they always remain in our good books, and no matter what, we still root for them. Devi, on the other hand, is written differently. She is much more realistic as compared to her counterparts because she is the kind of person all of us have either known or been. And this is what makes us angrier and more disappointed with her.

After getting in Paxton’s good books and then messing up everything with him, Devi comes back to her friends, hoping to get some support from them. It turns out that they too needed her all this while. She realizes her folly and tries to step up her friend game. She goes out of her way to set things right for El, though it does, unexpectedly, turn around on her. She also feels left out due to Jonah’s involvement in the group.

Seeing Devi do right by her friends, who have never failed to be there for her, feels good for a change. The episode brings forth the resolve of her character and shows us why Fab and El have had such longstanding friendships with her. Considering her actions in the past, I was starting to question why good girls like them keep up with the drama that follows around Devi. She is hot-tempered and too invested in herself. In this episode, we get a good look into how far Devi is willing to go to set things right with her loved ones. But that’s not the end of it.

By the time the episode ends, we find her on the crossroads, once again, to make a decision that can make or break things for her. We know her well enough now to know what decision she will make, but her actions in this episode also make us hopeful towards the change in her behavior. It is a tipping point for Devi and the audience is pretty clear about what’s best for her in the current situation. The show plays with this emotion and briefly leaves us hanging.