Review: Never Have I Ever Episode 8 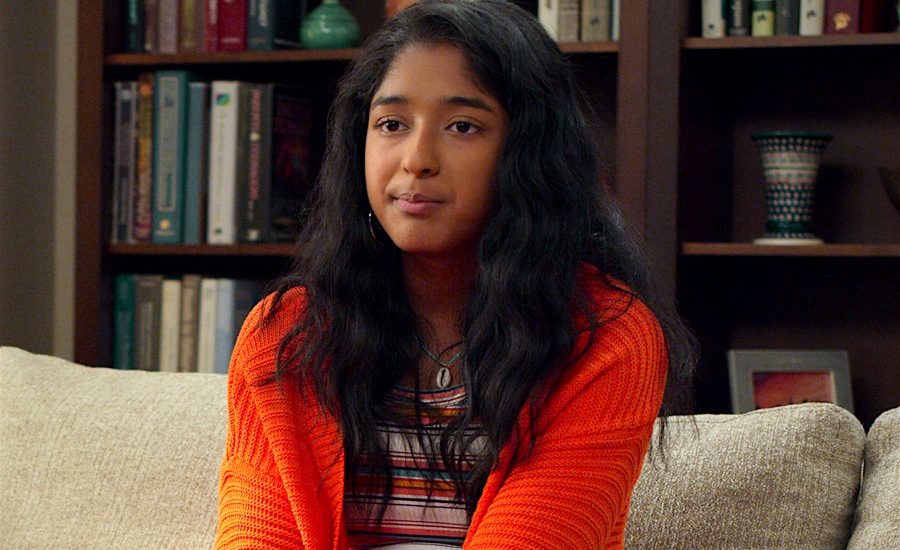 No matter what happened in her life, Devi could always count on her best friends to get her through the day. However, as she got more entangled in her lies, she started paying lesser attention to the fact that friendship is a two-way street. She has to give back what she expects.

After she fell from grace with Paxton, she found time to focus on Fabiola and Eleanor and succeeded in mending up whatever complaints they had with her. However, when it came to choosing between them and Paxton, one more time, she went for her infatuation with the boy that she barely knows than being there for the friends who have been there for her since forever.

Never Have I Ever Episode 8 Recap

After getting Paxton’s text, Devi leaves El, who is distraught by her mom leaving again. The plan is to find out what Paxton wants and then go back to consoling El. When she arrives at his house, she discovers that it has more to do with his sister’s photoshoot. She gets caught up in it and forgets about El. Whatever goodwill she had recovered in the previous episode is completely tarnished in this one.

El and Fab decide that they need a break from Devi’s constant drama and focus on themselves. El decides to give up her acting career and starts dressing bland. Devi discovers that it is Ben’s birthday, and he throws a party for everyone. However, considering how she had gotten drunk and got bitten by the coyote, in the last party, Nalini doesn’t allow her to attend this one. Kamala is asked to keep watch, but a twist comes when Devi finds out about Steve.

Never Have I Ever Episode 8 Review

A lot of things come undone for Devi, in this episode. All that could go wrong does go wrong for her, but she also gets some wins as consolation. As her friendship falls apart, she finds herself ranting about it in front of Dr. Ryan, who advises her to address the root of her problems- her grief. Ever since the death of her father, Devi has been looking outward for something that would keep her distracted enough not to feel sad. She finds a project in Paxton and does all it takes to win him over.

However, in this endeavor, she forgets about her friends, who eventually accept that they don’t deserve to be treated this way. Whenever Devi tries to make it right, it goes worse than she had intended, and once again, she proves that she should not be trusted at parties. She tends to make a fool of herself.

A couple of good things come out as well, the best of which is that she discovers that Kamala is not the perfect cousin she had been contemptuous of for so long. Finding her with Steve gives Devi the confidence that she is not the only bad girl in her family. Also, now that she has no one to talk to because she has no friends, perhaps, she can finally confide in Kamala about all that is going on with her.

She also patches up things with Paxton, who turns out to be more forgiving. An exciting twist comes at the end of the episode, leaving things on a bittersweet note for Devi. What happens now that her distraction is done with? What happens now that the project has come to an end? Will Devi finally address the grief that has been eating away at her all this time?

The episode moves forward the arcs of other characters who have been traversing complicated territories of their own. The confrontation with Devi leads Fab to come out in front of their whole class, though that might not be such a bad thing. Ben, too, finds himself doing something stupid, and his complicated feelings for Devi are highlighted one more time.