Review: Never Have I Ever Season 1 Episode 3 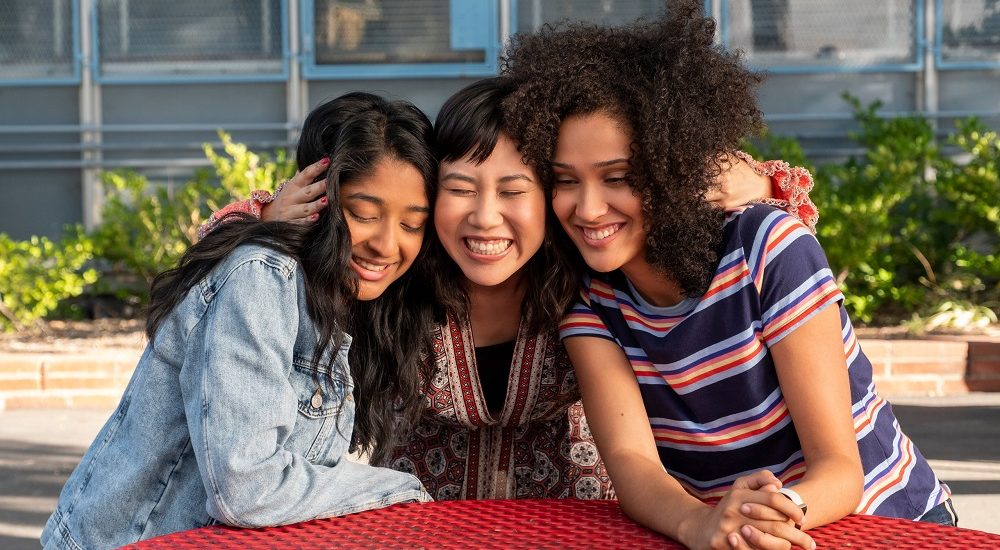 In the previous episode, the therapist had noted that Devi was not making any efforts to find closure with the death of her father. She was distracting herself with silly things, not paying attention to the grief and pain she is piling up inside her. This time around, Devi gets a reason to talk about him, but it is not what Doctor Ryan had imagined.

It looks like her dad paid her a visit in an unexpected way, which Devi believes to be real. She thinks that her father is trying to be there for her in this challenging time and guiding her through the complications in her life. It doesn’t exactly help her the way she had expected, but it does give the necessary push to her story.

Never Have I Ever Episode 3 Recap

The pact with Paxton falls apart, but Devi has not given up yet. She makes a video with Fab and El to catch his attention and get him interested back into having sex with her. Devi’s mom asks her to clear the garden that her father used to tend to, which brings back his memories for her.

At school, the history teacher gives everyone a project. Devi teams up with Paxton and Trent and starts getting mixed signals from him. When she discovers that Trent is having a party with no parental supervision, she decides to crash it. In the garden, she sees a coyote looming around and mistakes it for her father. Later, the same coyote causes her trouble.

Kamala keeps her distance from Steve, but after binging ‘Riverdale’, she realizes that she, too, needs to stand up to her parents so that she can be with the one she loves. Meanwhile, Fab finds herself in a tight spot when Eve is paired with her, El and Ben, for the project. Their interactions bring her face to face with her sexuality, but she struggles to accept it.

Never Have I Ever Episode 3 Review

In its third episode, ‘Never Have I Ever’ goes steady with the momentum of its story. Every minute of the episode is used in pushing the narrative forward, adding more substance to the character development and nuance to its storytelling. Devi’s grieving mind, which she chooses to lock away from everyone, is brought to the fore with a coyote that she imagines is her dad. With things not going as she had planned, and the confusion regarding her situation with Paxton, she needs something or someone for support.

She lost the confidence of her friends when she didn’t come clean to them about what had really happened between her and Paxton. Now that she doesn’t know how to process the situation, she has no one to discuss it with. She tries to find that help in Kamala, but eventually, has to settle for the coyote. Her cousin, too, finds herself in a tug of war between the loyalty towards her family and the love for Steve. With her getting more screen time, the series displays Richa Shukla’s humor. The sincerity with which she delivers her seemingly innocent lines is what makes us like her even more.

Poorna Jagannathan’s Nalini continues to be a typical Indian mother who has the authority to ground her daughter until her kids graduate. Her suspiciousness regarding every boy around her daughter and her friends brings out her sarcasm wonderfully. The episode also turns some more attention towards Fab and how conflicted she feels about her newfound feelings for Eve.

The show also continues to use everyday things to induce humor so that it doesn’t feel makeshift or forced anytime. When the girls make their video and Nalini comes into the background and takes Devi away, or when Kamala casually suggests that they watch a seven-hour long film, are the scenes made funnier solely because of the actors who display the subtlety to turn these otherwise mundane lines into well-delivered laughs.