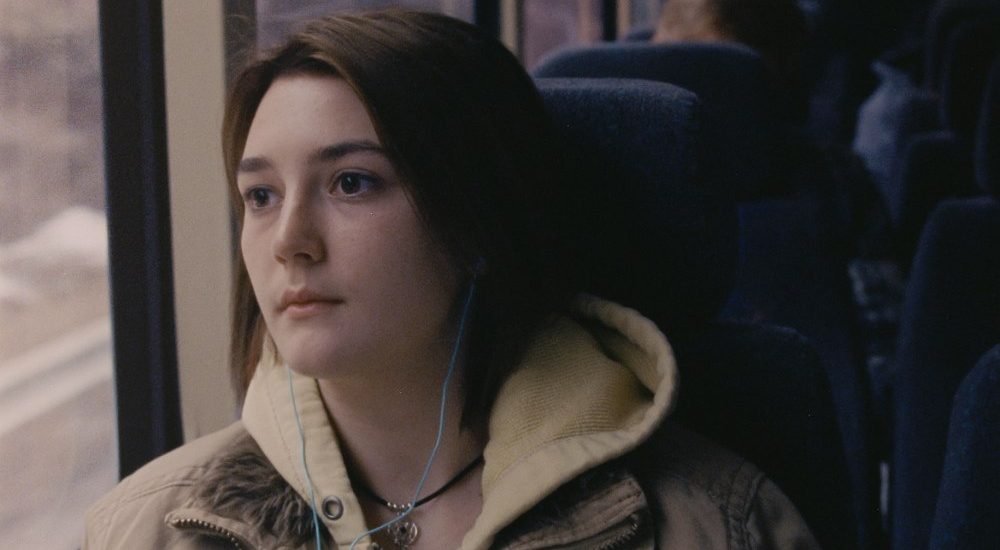 Eliza Hittman’s ‘Never Rarely Sometimes Always’ offers a raw, haunting, and compassionate portrayal of female friendship, teenage pregnancy and access to abortion. The film centers around two teenage girls from rural Pennsylvania, 17-year-old Autumn, and her cousin, Skylar, who embark on a journey to New York City following Autumn’s unplanned pregnancy. The film explores the two girls’ struggle in the big city as they try to find an abortion clinic in Brooklyn. The film is as both refreshing and relevant in today’s age with the complex healthcare system and abortion laws in America.

Eliza Hittman is known for her portrayal of hardships and disillusionment faced by blue-collared teens. And all her three films, including this one, ‘Beach Rats‘ and ‘It Felt Like Love’, poignantly explore sexuality with a kind of dangerous vulnerability, while always retaining a sense of tenderness. ‘Never Rarely Sometimes Always’, in particular, feels like a series of observations that capture intimacy between the two girls, in raw, achingly beautiful ways, especially through their silences. 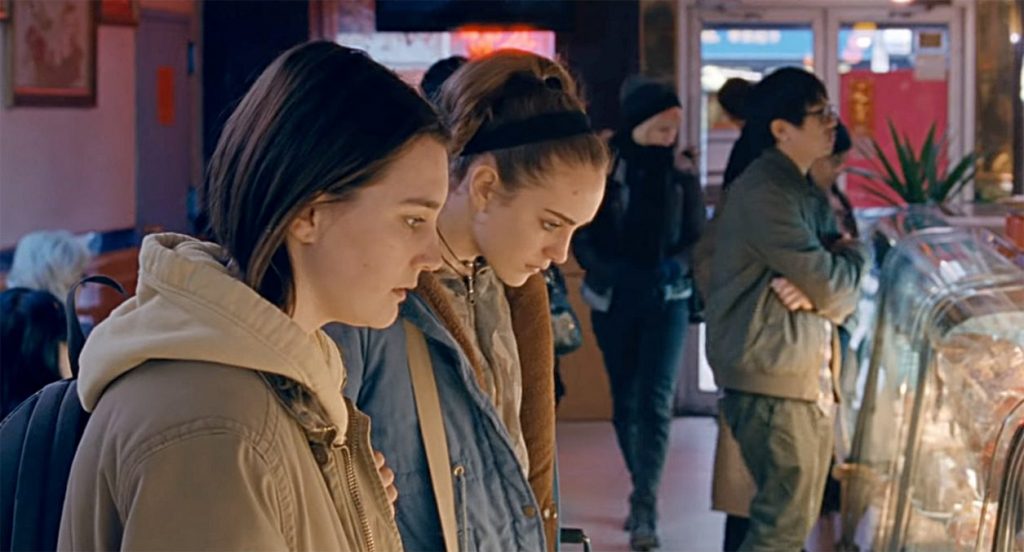 ‘Never Rarely Sometimes Always’ is set in rural Pennsylvania and New York, both of which provide a sharp contrast to each other. The varying landscapes add to the depth in the narrative, as it explores these two girls feeling out-of-place in their own hometown, while also struggling to find their place in New York. Right from the beginning of the film, there is strong sense of melancholy in Autumn’s interaction with the town. While the big city, in contrast, brings out a haunting vulnerability as the two girls lug around their luggage across the city. 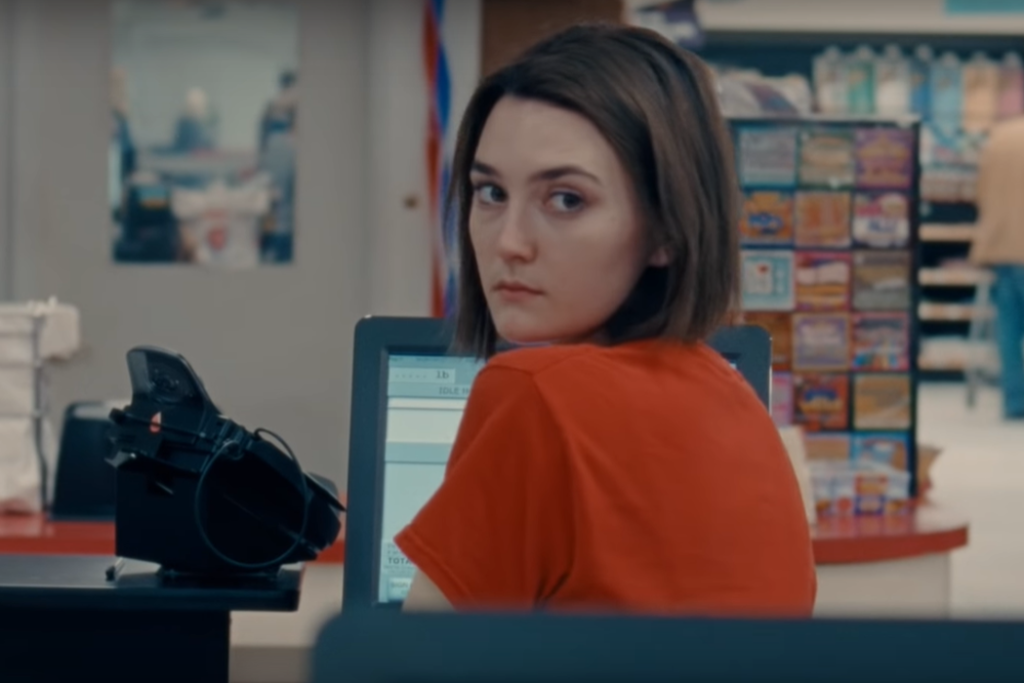 The filming of ‘Never Rarely Sometimes Always’ took place in February, 2019. The details of the actual locations, however, have not yet been revealed. But Hittman collaborated with French cinematographer, Helene Louvart, and shot the film on location in rural Pennsylvania. Much like the journey of the two girls in the film, Hittman had her own little journey as she visited an abortion clinic in Pennsylvania where was bombarded with pro-life tapes, and much like the characters, took a bus from Penn Station to New York.

The location of the film gains relevance due to the abortion laws in Pennsylvania, where the person’s parent or legal guardian must sign a consent form if they want to have an abortion. In contrast, parental involvement is not a requirement for legal abortion in New York. The early scenes in the film, including the diner and the supermarket were shot on location in Pennsylvania. The rural town also offered a needed contrast in the film with its decaying industrial sites and farmlands. 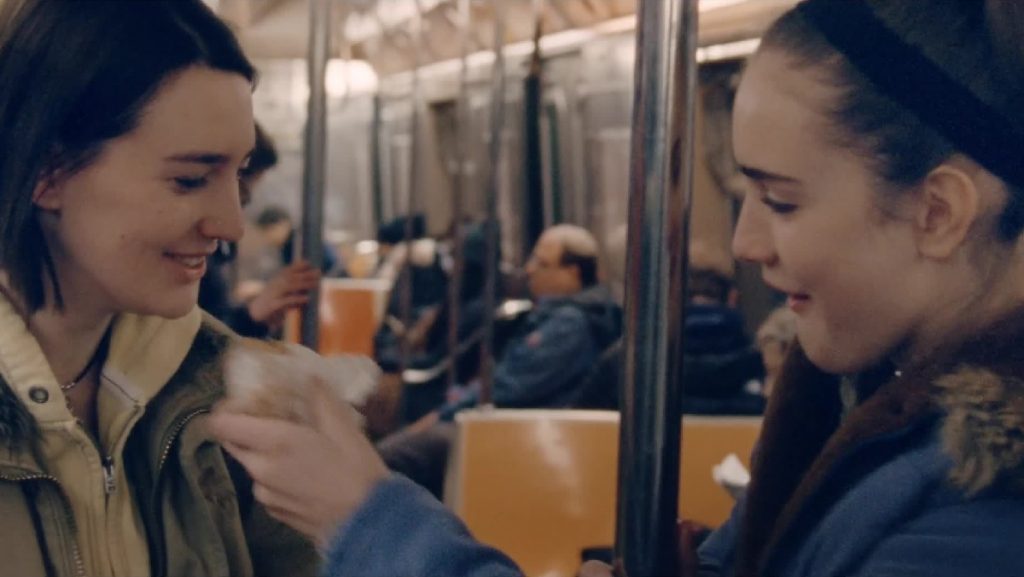 Hittman is a New York based filmmaker, and was born and raised in Brooklyn. Thus, New York, and particularly Brooklyn, usually plays a crucial role in her films. Both ‘Beach Rat’ and ‘Never Rarely Sometimes Always’ center around life in Brooklyn, but in very different ways. While ‘It Felt Like Love’ features Queens.

In ‘Never Rarely Sometimes Always’, Autumn and Skylar arrive in New York with close to no money, but with the address of a planned parenthood clinic in Brooklyn. The setting, and its filming provide a contrast to rural Pennsylvania with its confusion and chaos, highlighting the vulnerability of the two girls. The film was shot on location in New York, and features Manhattan’s Port Authority Bus Terminal, along with Brooklyn’s subway stations as the girls lug around their suitcase. Interestingly, the two young actresses who play Autumn and Skylar, Sidney Flanigan and Talia Ryder respectively, were screen-tested on real locations.

What further elevates Eliza’s gem of a film is Helene Louvart’s cinematography. ‘Never Rarely Sometimes Always’ was filmed on Kodak 16mm film, and has Louvart poetically capturing the intimacy between the two girls, with close-ups that emphasize on their understated emotions, while evoking a grainy, nostalgic cinematic aesthetic. In more ways than one, Hittman’s ‘Never Rarely Sometimes Always’ effectively subverts the male gaze, narrating a timely tale of sisterhood and reclaiming one’s body.