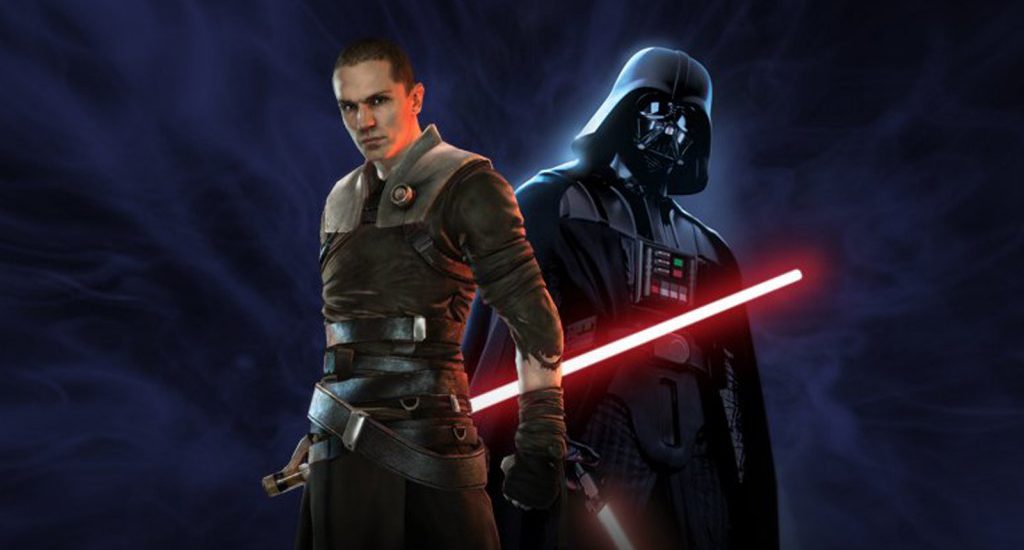 It is very hard to define the adventure genre when it comes to video games. For some of us, it might be high fantasy while others might look for realism. We all have our expectations from the genre, but there is no denying that adventure games are responsible for some of the greatest moments we have seen in the world of gaming. They offer great storytelling experiences backed by stellar gameplay and beautiful visuals. With all that said now, here is the list of most anticipated new adventure games coming out in 2019, 2020 — with their release dates — that you can play on PS4, Xbox, PC, Online, iPhone or Android. We can only hope that these latest adventure games are as good as some of the recent ones. 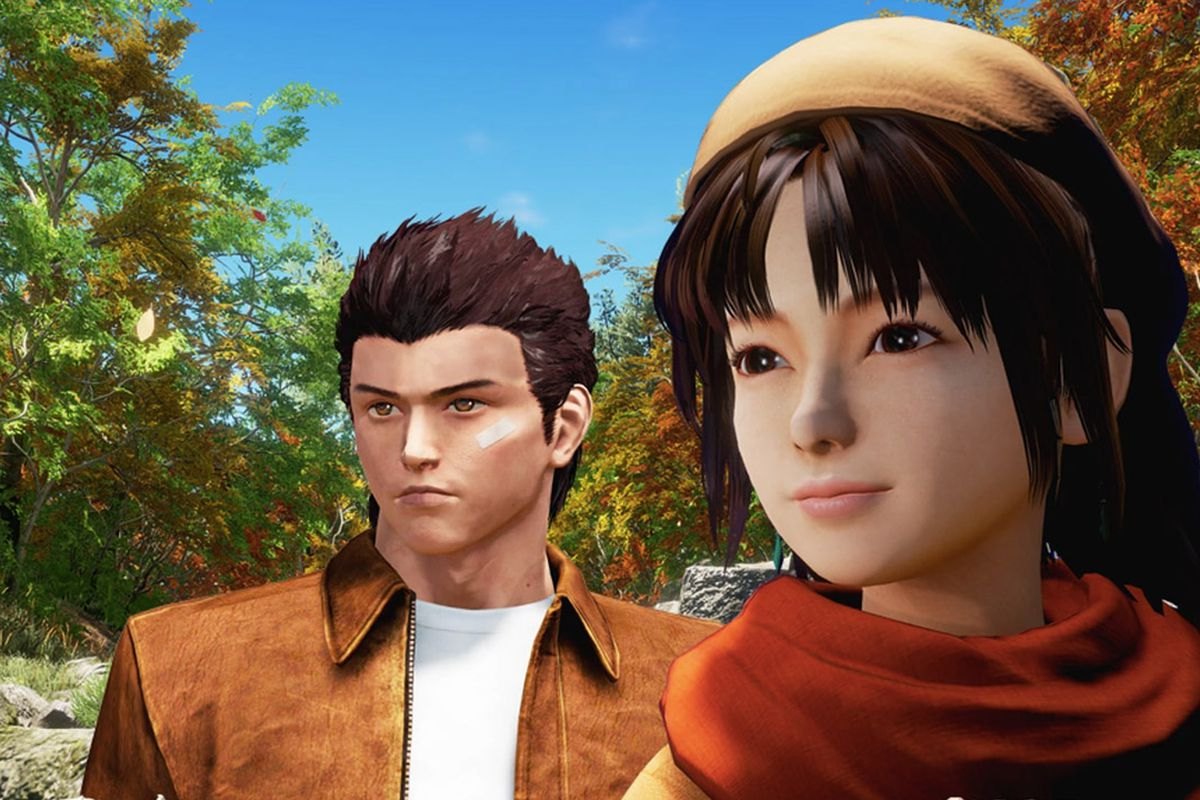 Shenmue is a popular franchise that was made in the 90s for Dreamcast consoles. The developers have come a long way with the first two titles, receiving a full remaster for current-gen systems in 2018. Even though the remasters did justice to the original titles, Shenmue I and II definitely feel out of place when compared to the more recent releases. However, with the release of Shenmue 3 just a few months away, we can’t wait to see how Deep Silver and Shibuya Productions step up and offer something truly phenomenal. There is no denying that there is a large number of gamers who want old-school adventure games and Shenmue is definitely one of the greatest of all time. The open world brawler gameplay looks promising and it is definitely one of the most anticipated releases for this year. While many may have forgotten the franchise with the likes of Yakuza coming to the forefront, we are willing to bet that the Shenmue series still has a long way to go in the world of adventure gaming. 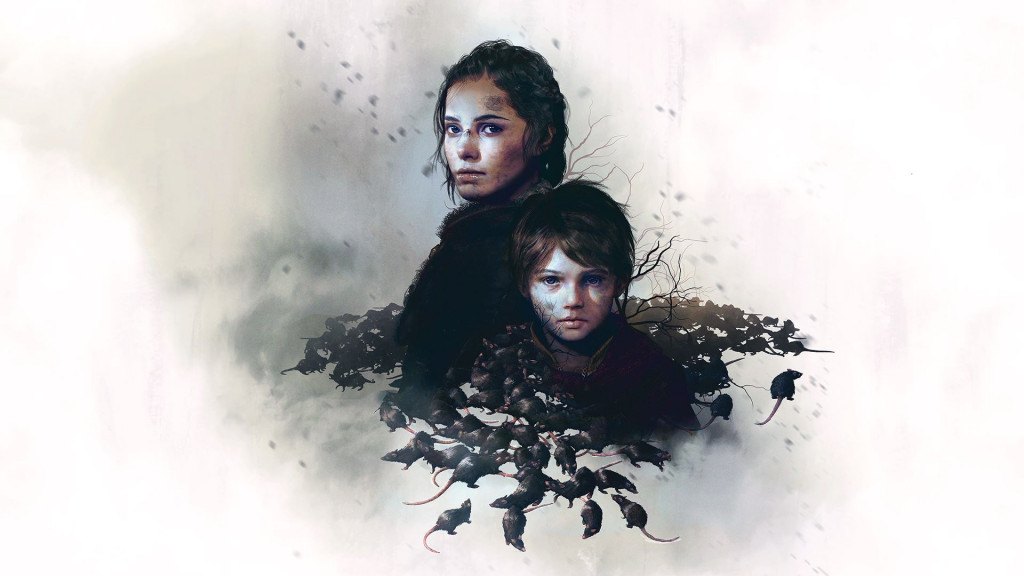 Stealth adventure games have become a rare commodity in the world of gaming. While we do have quality titles from the likes of Dishonored and Metal Gear, most titles available right now can be cheesed through combat instead of being heavily reliant on stealth mechanics. A Plague Tale: Innocence seems like it is going to be a pure stealth experience with no combat at all from what we have seen so far.

The upcoming title is set in the Spanish Inquisition era, and we will closely follow the adventures of Amicia and her little brother Hugo. The game’s setting takes us to a time when disease and other natural events were widely misunderstood. When plagues first started showing up, humans started blaming the ones afflicted instead of dealing with rodents that spread them. We see Hugo being hunted down by the army because he is infected and it is up to Amicia to keep him safe. It is not just the armies you need to be worried about but also the army of rats that seem to be everywhere. The gameplay looks compelling, and it should appeal to anyone who is looking for a great stealth game. 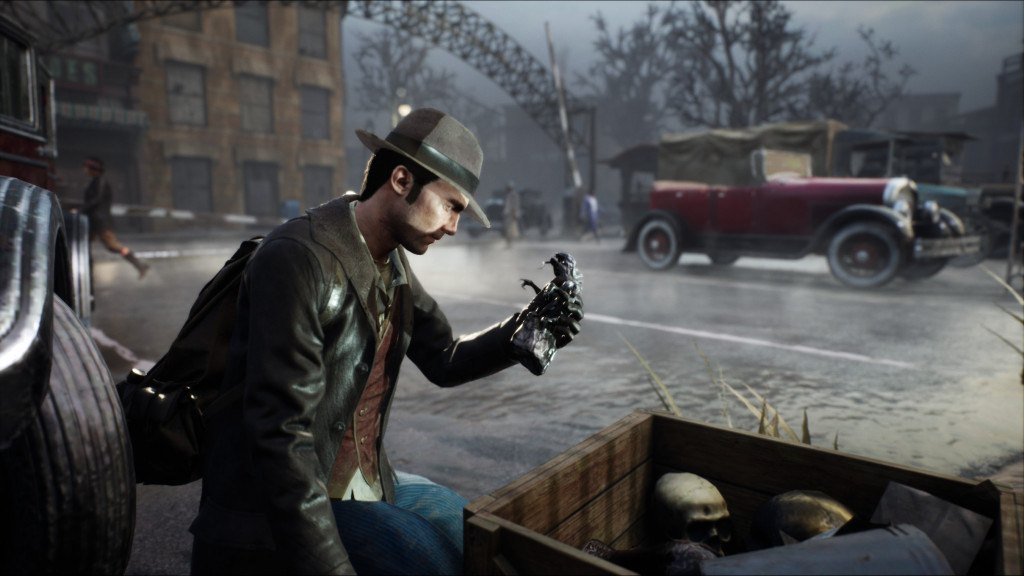 A number of games are getting the Lovecraft treatment, with Call of Cthulhu being one of the standout indie games of 2018. The Sinking City looks heavily inspired by H. P. Lovecraft’s works, and if the trailers are anything to go by, we have more questions than answers when discussing the upcoming adventure title. We will get to explore the open world “sinking city” and there seems to be a number of mechanics borrowed from detective games. If you are used to using Detective Vision in Arkham Games, you will know what to expect.

Originally slated for a March 2019 launch, the release date has been pushed to June 2019 to avoid competition from Q1 2019 titles like Resident Evil 2 and Devil May Cry 5. We can also expect a few more finishing touches before release to optimize the game. The half-flooded city the game is set in is home to a number of terrifying and interesting monsters, and we can’t wait to uncover its mysteries. The game will also feature combat and some kind of time travel or dimensional travel mechanic that makes things quite challenging. It has been a while since we’ve seen a good action-adventure game and we can’t wait to see what The Sinking City has to offer to fans of the genre. 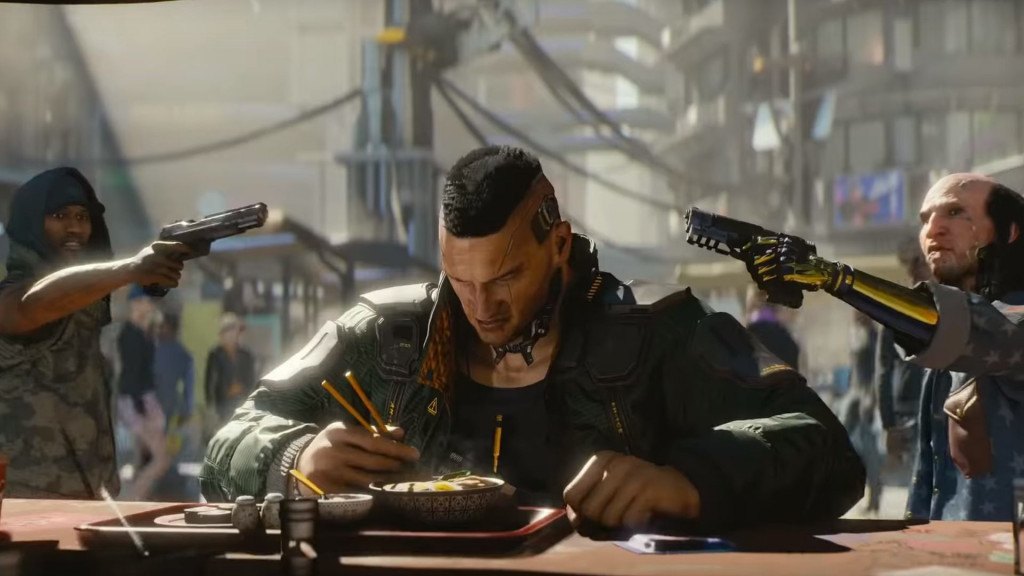 Cyberpunk 2077 might be one of the most ambitious projects in gaming history, and the developers at CDPR are leaving no stone unturned. Following the success of its Witcher franchise, CD Projekt Red will be looking to offer a similar storytelling experience with its upcoming title Cyberpunk 2077. The size and scale of the world we were shown in the preview hints that it is one of the most beautiful cyberpunk locations ever built in any media format. The city can be explored freely with hundreds of vehicles available. The futuristic game world definitely mesmerized us when we were shown the hour-long gameplay demo a few months back. While many may argue that the game is a lot like Grand Theft Auto, the addition of prosthetic weaponry and high-tech gadgets makes Cyberpunk stand out from the rest. We do not have a confirmed release date yet, but we expect it to launch with the next generation consoles sometime in 2020. 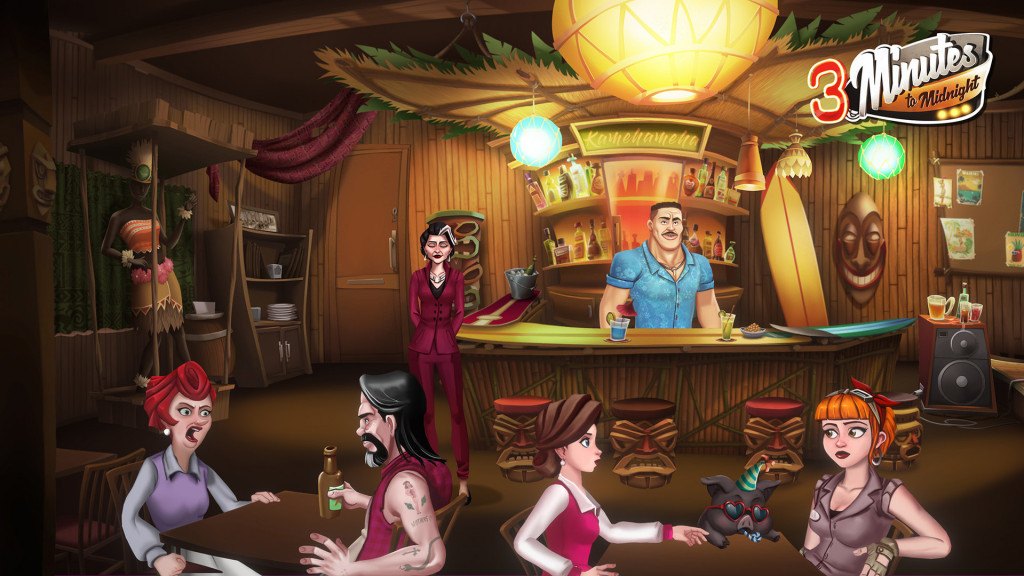 Following an explosion somewhere in New Mexico, Betty Anderson finds herself in the strangest of circumstances. She loses all of her memories and things around her start feeling a little out of the ordinary. The citizens seem like they are hiding something, the mafia is taking over, and there’s a secret military base. It is up to Betty to find out what’s going on and piece together everything from the conspiracies.

The upcoming title features classic adventure gameplay similar to what we have seen from LucasArts in the decades gone by. The point-and-click genre is slowly dying out, and it’s great to see some studios still catering to hardcore fans. You not only get to play as Betty but also as the mayor, which allows you to find out more about the city’s secrets. There are dozens of NPCs to interact with, and you will be able to uncover backstories, secrets and more. If you love old-school adventure games, you definitely want to keep an eye out for 3 Minutes to Midnight. 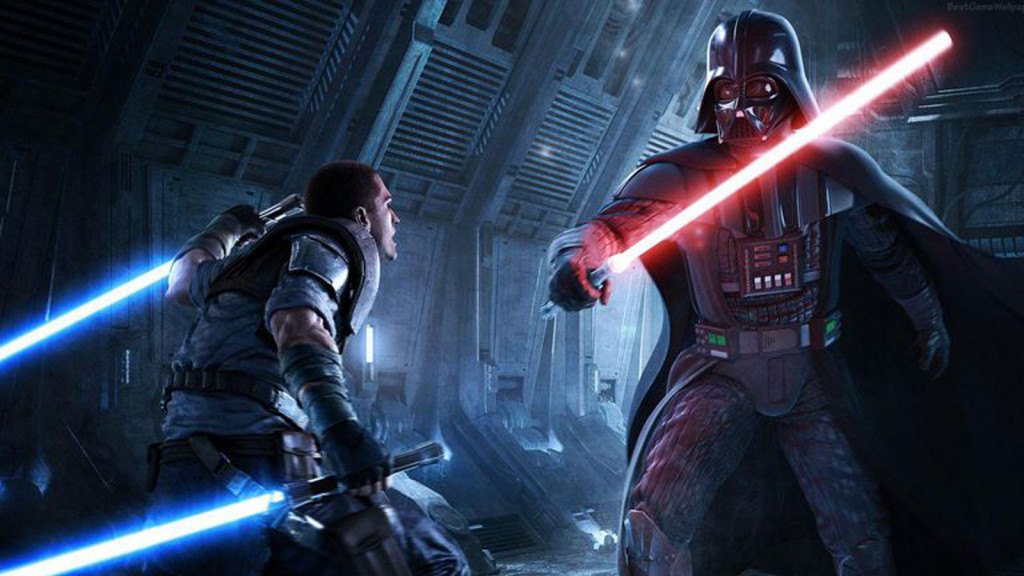 Respawn Entertainment is on a roller-coaster lately with Apex Legends putting them back on the map after the developers failed to compete against the likes of Battlefield and Call of Duty with Titanfall 2. Star Wars Jedi: Fallen Order is Respawn’s next title and it looks absolutely fantastic. While Battlefront 2 irked fans at launch due to a large number of pay-to-win mechanics, Fallen Order will be a single player experience with no micro-transactions involved.

We will get to be a part of Cal Kestis’ adventure as he learns how to harness the power of the force. Cal is one of the few survivors of Order 66 and is being hunted by the Second Sister. There will be a lot of focus on melee combat; something we do not usually get to see in Star Wars games. Fallen Order will feature RPG-style skill trees for not only Cal but also your trusty lightsaber. As you keep leveling up, your lightsaber gets stronger, and you can choose from a number of upgrades to suit your playstyle. More gameplay details will be revealed as we get closer to the launch date, but from the looks of it, Fallen Order is definitely one of the best-looking Star Wars games ever made.

The Legend of Zelda has a number of cult classics in the franchise, but few can match the iconic stature of Link’s Awakening. If you missed out on the title on the original Game Boy, you can now relive the adventure on Nintendo Switch. The title is getting a full remaster with upgraded visuals, a remastered soundtrack and more. 2019 is the year of remakes with Resident Evil 2 leading the charge, and it’s great to see some of our favorite childhood classic games being remade for current-gen consoles. You do not need to play the previous Zelda titles as they can be enjoyed as standalone games. You get to play as Link, an adventurer on the quest to fight evil. The new isometric view looks perfect with fluid controls and smooth gameplay. You can expect to solve puzzles, fight bad guys and take on powerful bosses, all of which add up to create the perfect Zelda experience. 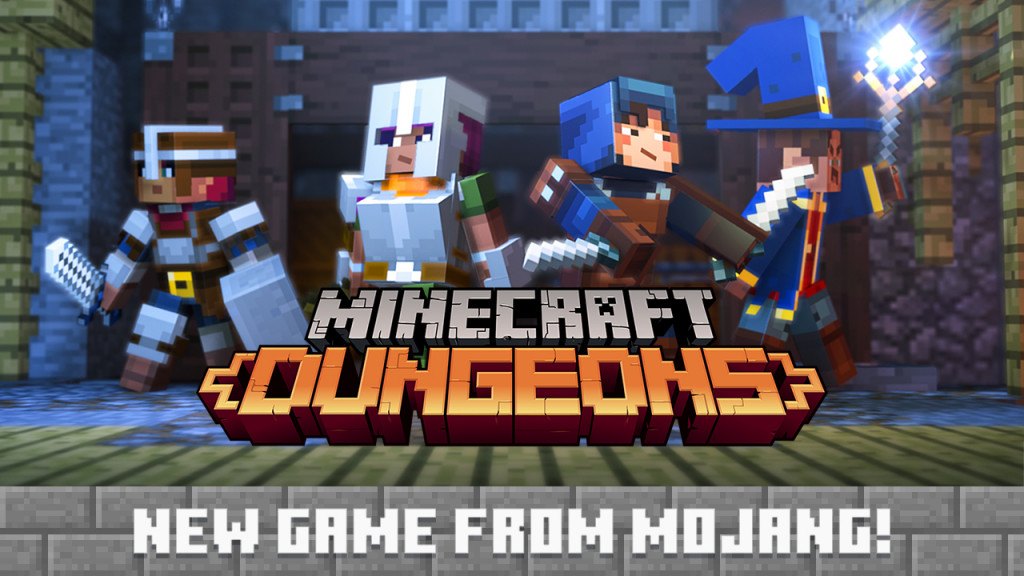 Dungeons is the latest in store from the world of Minecraft. We do not have a release date just yet, but Mojang has confirmed that the game will be releasing later this year. If you are looking for a great dungeon crawling adventure experience, Dungeons is definitely worth your attention. You can band up with your friends and explore new locations that will be added with the upcoming expansion. You can also expect support for fan-made maps just in case you get bored with the presets that the expansion will come with. The upcoming expansion will feature new collectible items, mobs and a lot of new content for you to try out. If you are a Minecraft fan, you should definitely pick Dungeons up for its survival-style adventure gameplay. 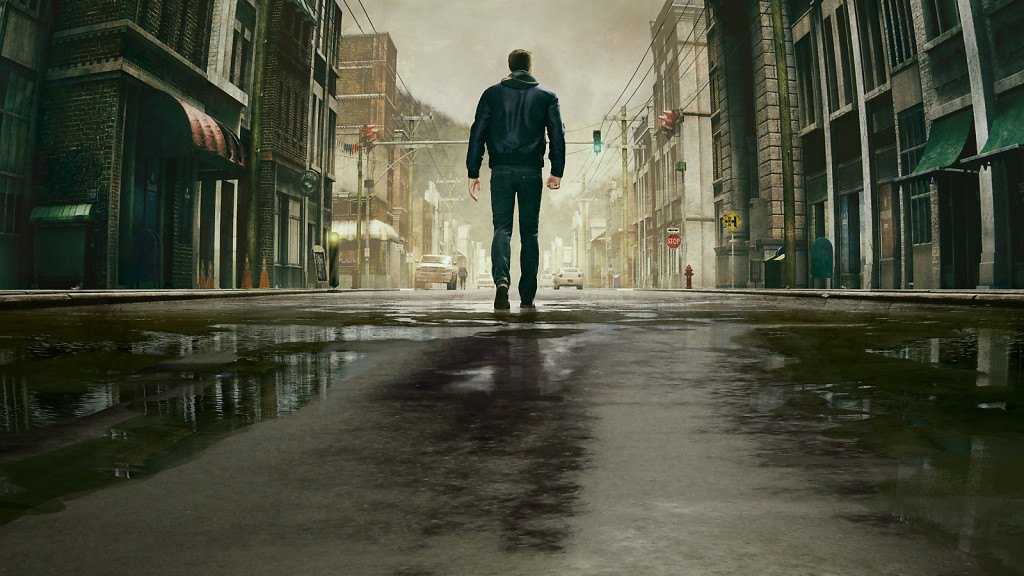 Dontnod Entertainment is known for its brilliant adventure games with Life is Strange being their most notable release. Twin Mirror offers a similar approach with its episodic gameplay. The upcoming psychological thriller will be nothing like Life is Strange. While DONTNOD’s previous title presented itself as your usual high-school drama with a much darker story underneath, Twin Mirror is going in all guns blazing right from the start. We follow the tale of Sam, the protagonist who goes to his hometown to attend the funeral of his best friend but ends up finding himself covered in blood with no memory of what happened. While it does sound similar to Life is Strange, where we see Chloe getting shot by Nathan right at the start of the game and Max trying her best to turn back the tides of time with her powers. The upcoming title is still in development, and we are yet to find out more about the gameplay and what’s in store for fans who are looking for a fresh experience. 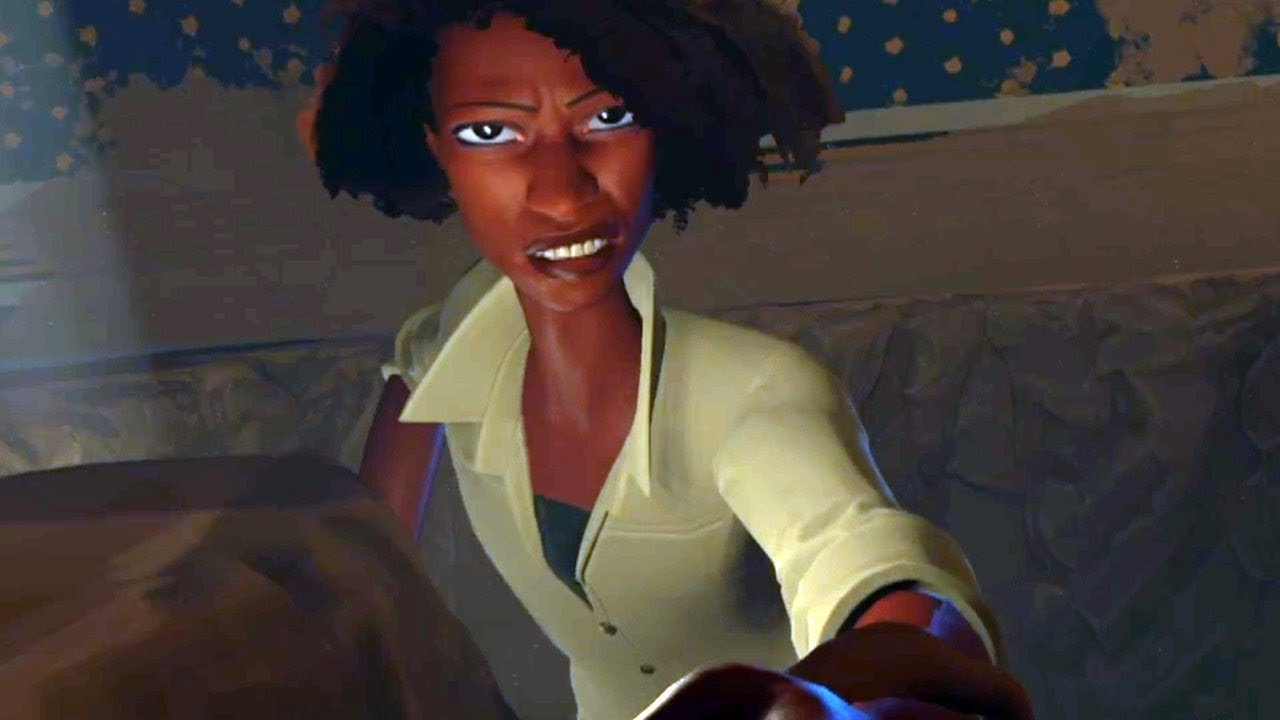 Campo Santo made its mark with Firewatch, one of the best indie adventure games ever made. The studio is set to make a return with the release of In the Valley of Gods later in 2019. The upcoming title will feature a story set in 1920s Egypt. We get to play as Rashida, a filmmaker and explorer who is out on her last adventure. She delves deep into Egypt and explores ancient tombs to uncover their secrets. The gameplay looks very similar to Firewatch, and we can expect a similar quality of storytelling that keeps the audience engaged. The art style is superb, and we can’t wait to see how Campo Santo manages to captivate our imagination yet again following the success of Firewatch. 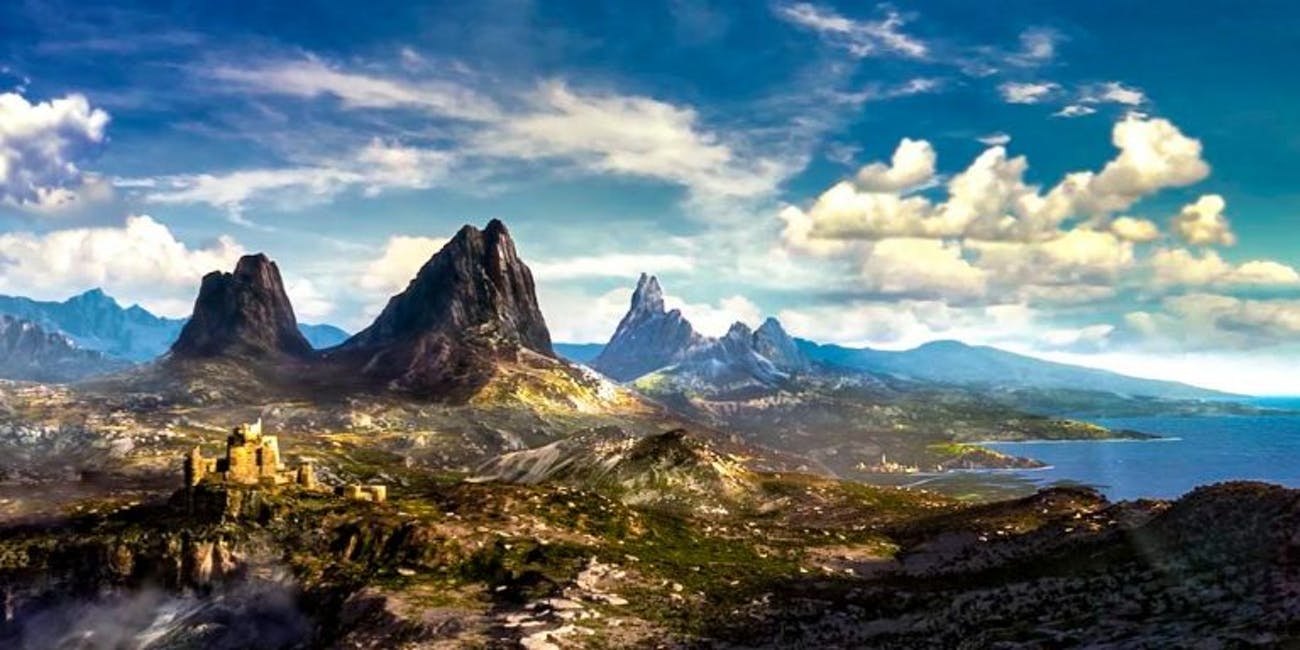 Elder Scrolls VI is undoubtedly one of the most anticipated adventure RPGs of this generation. While it is unlikely that we will see it release this year, analysts are predicting a 2020 launch with the release of the next-gen PlayStation and Xbox consoles. We have very little information on the upcoming title as Bethesda has kept the project under wraps for now. We do have confirmation that Elder Scrolls VI will be using a new engine to keep up with player expectations and offer never seen before visuals. Skyrim is undoubtedly one of the best games Bethesda has published, and we can’t wait to see if they can trump the success of Elder Scrolls V. It is unlikely that the developers will announce any more details soon as Bethesda is focusing on pushing out its new IP Starfield later this year.