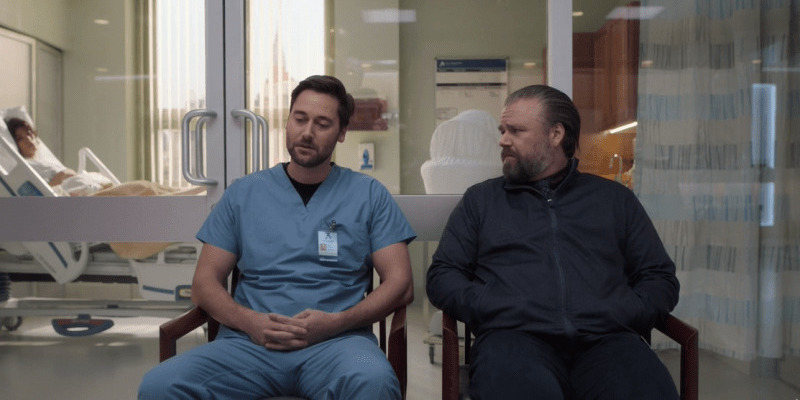 ‘New Amsterdam’ is a drama set in a medical institution, that revolves around the lives of Dr. Maxim (Max) and his colleagues, as they work towards improving the conditions of America’s oldest local hospital. Max is on a mission to throw off the shackles of the oppressive bureaucracy, to ensure that the patients get the best care at the medical facility.

Based on a novel by Eric Manheimer, titled ‘Twelve Patients: Life and Death at Bellevue Hospital,’ the medical drama has received massive fan following and critical acclaim, and has already been renewed for seasons three, four and five. ‘New Amsterdam’ season 2 premiered on September 24, 2019.

After getting back from a two-month break on January 14, 2020, the show blessed fans with a heart-stopping mid-season premiere, i.e. episode 10 that released on January 14, 2020, and sees the team stranded on Riker’s Island, as the prison goes into a lock-down after the prisoners escape, forcing the implementation of Code Silver.

Trapped in a room, Ligon and Bloom perform an urgent appendix surgery on a young woman. Bloom breaks up with Ligon after he breaks her trust. Dr. Kapoor calms Ella down after she suffers a panic attack. Iggy fears he might be suffering from narcissistic personality disorder. Reynolds faces a challenging situation and decides the fate of his relationship. Max and Helen go on a mission to protect the prison staff from the inmates that are on the loose.

Episode 11 is a tumultuous ride that leads to further complications. Don’t worry if you can’t jog your memory, we have added a quick recap for you. You must be wondering about what goes down in the latest episode, and we are here to help you with that. However, first, let us walk you through when and where to watch the upcoming episode of ‘New Amsterdam.’

The upcoming episode is titled ‘14 Years, 2 Months, 8 Days.’ In ‘New Amsterdam’ season 2 episode 12, we can expect Sharpe to discover a significant thing, which impacts her professional career drastically. Meanwhile, Max and Reynolds have to enter an unfamiliar territory when a patient, in the springtime of life, comes to their institution with heart attack symptoms.

You can watch the ‘New Amsterdam’ season 2 episode 12 by tuning to NBC at the above-mentioned time. You can also catch the show on NBC’s official website and also on the NBC app.

New Amsterdam’ season 2 episode 11 is titled ‘Hiding Behind My Smile.’

In the episode, we see Dr. Helen Sharpe raining fire and brimstone on her junior staff as she deals with the effects of the piled-up hypertension, anxiety and guilt that she has been holding in her heart for a while now.  The episode focuses on the personal struggles and discoveries of the doctors and not just the matter at hand, at the prison. With all the tension building up, Max finds it difficult to exercise his duties as a father to his adorable toddler Luna.

The single father has too much on his plate right now – coping with the loss of a loved one, managing the hell that has broken loose in the prison and also be the best father he can be to Luna, whose age demands constant attention. Well, we all know it’s not easy, but it’s Max we are talking about. He always gets it right at the end.

Meanwhile, Kapoor is striving hard to tend to his family, while Bloom is going through her recovery and a heartbreak.