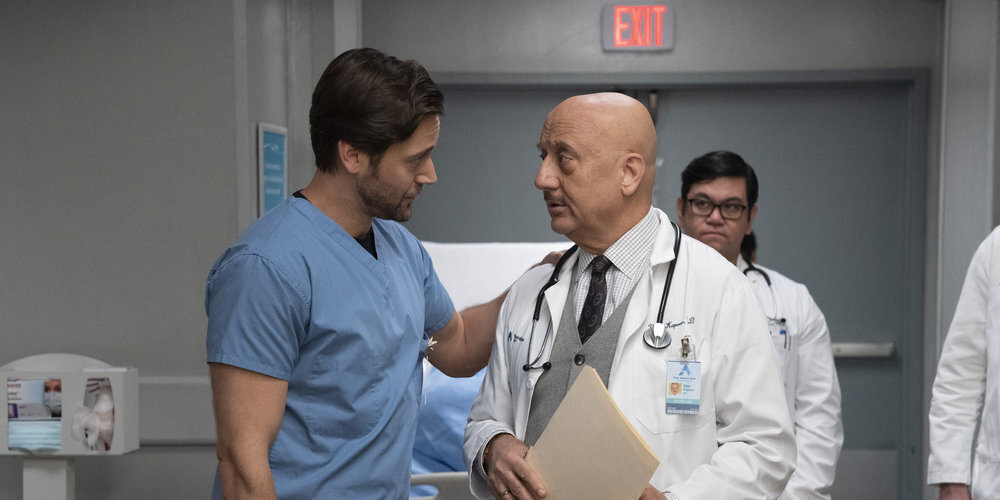 ‘New Amsterdam’ is a medical drama that follows Dr. Max Goodwin, a no-nonsense new director at New Amsterdam hospital, who is determined to fix things and make it a better and more reliable place for patients. Aiming to end corruption, greed and politics within the premises, Max is joined by a few colleagues who share the same principles as him.

Created by David Schulner, the show is based on the highly acclaimed novel, ‘Twelve Patients: Life and Death at Bellevue Hospital’ by Dr. Eric Manheimer. Season 2 premiered on September 24, 2019.

It got back from a mid-season break on January 14, 2020. So far in season 2, we have seen the team barely surviving the attack on Riker’s Island. In the aftermath of the event, the relationships between the characters go through dynamic shifts. Max finally decides to go on a date. Helen suffers a career setback. Meanwhile, Iggy is grappling with anxiety and Dr. Kapoor is doing the best he can to uplift his patients.

After testing the patience of the fans for a week, the show released episode 13 on February 11, 2020, where things take a bittersweet turn. We have added a recap, just in case you want to jog your memory. Want to know what happens in upcoming episode, i.e. Episode 14? Well, we are here to help you with that.

New Amsterdam Season 2 Episode 14 Release Date: When Will It Premiere?

You can watch the ‘New Amsterdam’ season 2 episode 14 by tuning to NBC at the above-mentioned time. You can also catch the show on NBC’s official website and also on the NBC app.

The upcoming episode is titled ‘Sabbath.’

‘New Amsterdam’ season 2 episode 14 is going to be really taxing for Dr. Max as he will have to deal with the finances, which frankly, is not his best suit. On being charged with amending the budget, Max can face a lot of pressure to do right by the doctors, nurses and other staff members, who are going unpaid since a while.

Meanwhile, Kapoor will get his hands on a special equipment/device which is supposed to make a lot of positive difference in the way the doctors treat their patients. We can also expect to see Iggy bending some rules to prove a diagnosis. Bloom, however, might get a visit from her mother (Guest star Gina Gershon), and things are going to get emotional.

‘New Amsterdam’ season 2 episode 13 is titled ‘In the Graveyard.’

With episode 13, ‘New Amsterdam,’ once again, manages to touch upon relevant themes like the value of life and the inevitability of death, in the most thought-provoking way. In the episode, we see Max going out on a limb to add another wing to the hospital, to end the misery of patients who are spending their final days. But what about the funds?

Well, Max gets the fame seeking monster, Ozzie, to make donations. He even calls the media, names the wing after Ozzie, and makes him sign the check in front of the cameras, just to be safe. Classic! He later reveals to Helen, that it a tribute to Georgia. Sweet.

On the other hand, Lauren blasts Reynolds for not bending the rules to tend to a patient’s final wish and even tells him, “You don’t belong here.” Ouch. Now he is surely leaving. Elsewhere, Iggy resonates with a patient’s equation with his father, while Kapoor takes it easy with Ella.