New Amsterdam S2 E15: How and When to Watch Online 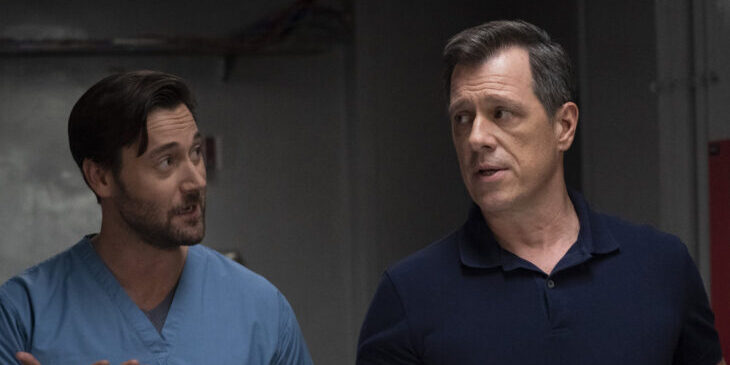 Created by David Schulner, ‘New Amsterdam’ is a medical drama that follows a few doctors, led by Dr. Max, who are determined to provide the best treatment to their patients at all cost, even if it means breaking the bureaucracy barriers. The show is based on Dr. Eric Manheimer’s acclaimed novel ‘Twelve Patients: Life and Death at Bellevue Hospital.’

‘New Amsterdam’ season 2 premiered on September 24, 2019. So far, we have seen the doctors go through hell and back to maintain the proper functioning of their medical facility. Max is struggling to strike a balance between his professional and personal life, while trying to be a better father to Luna. Floyd is stuck between the love for his work and fiancee. Meanwhile, Dr. Kapoor and Iggy are putting their experience to best use.

Packed with an equal dosage of adrenaline, humor and heart, episode 14 dropped on February 18, 2020. You can also check the recap at the end, to refresh your memory. Wondering what happens in upcoming episode, i.e. Episode 15? Well, we have got you covered.

New Amsterdam Season 2 Episode 15 Release Date: When Will It Premiere?

You can watch the ‘New Amsterdam’ season 2 episode 15 by tuning to NBC at the above-mentioned time. You can also catch the show on NBC’s official website and also on the NBC app.

In ‘New Amsterdam’ season 2 episode 15, we can expect to see Max dealing with an opioid crisis, wherein he will have to take extreme steps to curb it. Max is always the one to go by the rules. However, in the next episode, we will see him trapped in an ethical dilemma.

Since the opioid problem is increasing at an alarming rate at the Emergency Department of New Amsterdam, Max might even have to shut it down before it gets out of control. He might also have to break certain rules to come up with a proper solution. Will we finally get to witness Max, bending the rules to set something right? On the other hand, Sharpe might cross her boundaries to make a point.

In episode 14, we see Max, Floyd, and Todd losing their minds, trying to figure out a way to make a $2 million financial cut in their facility and prepare a budget in 24 hours, to avoid hurting the staff’s paychecks.

On the other hand, Dr. Gibbs introduces Dr. Kapoor to a device – DAWN (Diagnostic Assessment Wellness Network), which helps in developing a faster diagnosis. Dr. Kapoor is hesitant, but since the offer price is $160,000, Max asks him to give it a try. DAWN works excellently throughout the day, but when Kapoor tries treating a patient Steph with DAWN’s help, it shuts down. Instead, it is Kapoor’s experience and wit that helps in analyzing the patient’s issue, who is on the Sabbath.

Iggy deals with a patient Cephas, who is suffering from psychological and physical damages caused by racism. After ignoring her estranged mother throughout the day, Bloom finally asks her what does she want? To which, her mother replies, “Dinner.”

After a lot of back and forth with Todd, and with Floyd’s indirect consultation, Max comes up with a plan, that they can outsource doctors, instead of patients. Meanwhile, Floyd, who is in Mexico to perform surgeries, finally decides to leave New Amsterdam to be with his fiancee. Max learns this while he is on a date with Alice, and he drops his phone in shock.