New Amsterdam S2 E16: When and Where to Watch Online 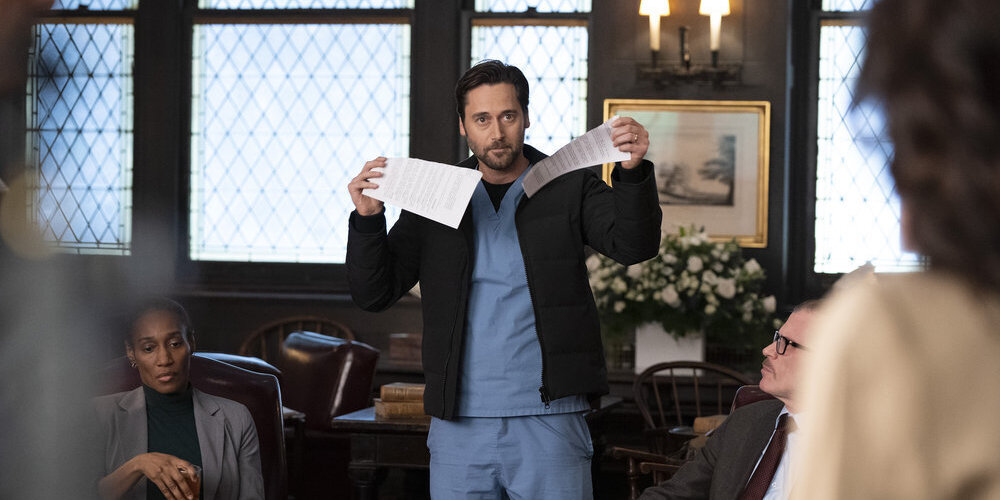 ‘New Amsterdam’ follows Dr. Maxim, the newly appointed medical head at New Amsterdam who aims at revamping the facility to its original glory, and is pulling out all the stops to make sure no patients get neglected because of bureaucratic interference.

Created by David Schulner, the medical drama is based on Dr. Eric Manheimer’s memoir – Twelve Patients: Life and Death at Bellevue Hospital. It is loosely inspired by his 15 years of experience as a medical director at the hospital. Season 2 premiered on September 24, 2019. So far, we have seen how the spirit of the staff at New Amsterdam is still intact despite all the curve-balls thrown at them. Max is doing his best to keep the facility up and running, by taking help from his colleagues Helen Sharpe, Dr. Kapoor, Iggy, Bloom, and Floyd, who are dealing with their personal issues on the side.

Episode 15 released on February 25, 2020. It deals with the worst addiction epidemic in American history – opioid crisis. We have added a recap for you at the end. In case you’re wondering: what happens in upcoming episode, i.e. Episode 16? Keep reading.

New Amsterdam Season 2 Episode 16 Release Date: When Will It Premiere?

You can watch the ‘New Amsterdam’ season 2 episode 16 by tuning to NBC at the above-mentioned time. You can also catch the show on NBC’s official website and also on the NBC app.

‘New Amsterdam’ season 2 episode 16 is going to be focused on Dr. Valentina Castro. We all know how Helen Sharpe reluctantly re-hires Castro after the horrifying accident. Helen has always found Castro shady and therefore she has been keeping an eye on her. However, with everything that has happened in the last few weeks at the facility, Sharpe has been unable to keep track of Castro’s activities.

In the upcoming episode, we can expect Helen to learn some baffling truth about Castro. It might be possible that Castro has been falsifying the data of her patients all this time, and fooling the staff members to think that she works too hard to cure tumors, at the facility. Helen might take matters into her own hands and confront Castro before her activities take a toll on the patients and eventually, damage the hospital’s reputation. She might even sabotage Castro’s trial. Hopefully, Helen might take down Castro with Bloom’s help. How will Max react to this shocking news about his oncologist? What else has Castro been hiding?

In the episode, Floyd informs Max that he is getting married to Evie soon and is already looking for replacements to fill his position. Meanwhile, Helen confronts Castro on the deteriorating condition of one of her patients, Fatima. Castro, however, brusquely dismisses Helen and asks her to mind her own business as she has a trial to take care of.

In the hallway, Karen Brantley informs Max that the hospital might just be suffering from an opioid crisis as ED has been discharging patients who OD’ed on opioids. She tells Max to spare no efforts to reverse the situation, even if it means bending the law. Max rains fire on his colleagues and challenges them to turn this around in a year or risk losing their job. He asks Bloom to shut down the ED to make sure everyone gets proper training.

Max calls for a meeting at the Nyler Auditorium with other directors and asks them to stand against the drugs but they refuse. Dr Brighton, however, joins his fight. Blooms goes to dinner with her estranged mother to clear things out. Helen discovers that Sharpe has been tampering with the files of her patients so that their conditions look worse before she begins treating them. The episode ends with Max and Alice kissing each other after a wonderful date night.