One of the channels that is fashioned just to focus on the entertainment of children is Cartoon Network. All the binge-watching you do now, all the hours you’re consuming the unlimited library of Netflix, if you ever wonder how you got so addicted to TV, you might want to think about the way you spent your free time as a child. Look at the children now, they are going to even worse off than we are! And Cartoon Network has a big hand in developing this addiction.

Over the years, the channel has come up with such great stories that you can’t help but watch them. Some of them are so iconic that you can watch them even now. ‘Powerpuff Girls’, ‘Ben 10’, ‘Dexter’s Laboratory’, ‘Johnny Bravo’, ‘Courage the Cowardly Dog’ — the list goes on and on. The more you reminisce, the more you’ll want to revisit them. CN has never been reluctant to put forward highly conceptual material in front of children. Sci-fi is one of the most common genres, and some of our favourite characters are alien.

What the network has done with its shows is that it has indulged in every new concept, maybe toned it down a bit, and allowed the imagination to run free. The upcoming shows by Cartoon Network are even more promising, tinkering with new ideas and designing alien universes. So with that said now, here’s the list of upcoming new Cartoon Network series coming out in 2019 and 2020. We hope that these latest Cartoon Network shows are as good as some of the recent releases.

‘GG Bond’ is a popular Chinese animated series that follows the story of some very special animals. The protagonists of this story are pigs. These are not your normal, living in the dirt kind of pigs. They are the ones who have the responsibility to save the universe from every threat, and they are very good at it. They are accompanied by their pets who come with a unique set of powers. These pets can change their size- much like the Ant-man. They can grow to become humongous giants, or they can size down, depending on whatever their owners need from them. Cartoon Network’s new series will be based on this concept. It is called ‘Kung Fu Pork Choppers’, a name I’m sure the kids will love! Because it is Chinese, obviously, there’s kung fu and other forms of martial arts that you will see the pigs master. Apart from making your children want to learn kung fu and getting a pet, the show focuses on a lot of themes that will be great moral lessons for children.

There’s no end to a child’s imagination. You could get some pretty good ideas to create new stories if you knew of the premise they concoct while playing with their toys. Every child loves their toys, and we know how popular a toy can be. Take the Legos, for example. There is a whole film franchise on its name now! With their toys, the children build worlds of their own, where they are heroes fighting and defeating all sorts of monsters. The idea of ‘Power Players’ is something similar. This show is being developed by Jeremy Zag and is presented by Man of Action, who is responsible for things like ‘Ben 10’ and ‘Big Hero 6’. It follows the story of a boy named Axel. At first glance, Axel seems like a normal boy. He plays with toys, goes to school and has friends — all that normal stuff.

But there is one thing that no one knows about him. Axel has the ability to transform into a hero — a toy-sized hero, that is. This ability allows him to enter the world of toys and experience everything from their perspective. The concept is very interesting and will surely catch the attention of children, which means that they will then bug you to buy the toys for them which are being produced by Playmate toys. 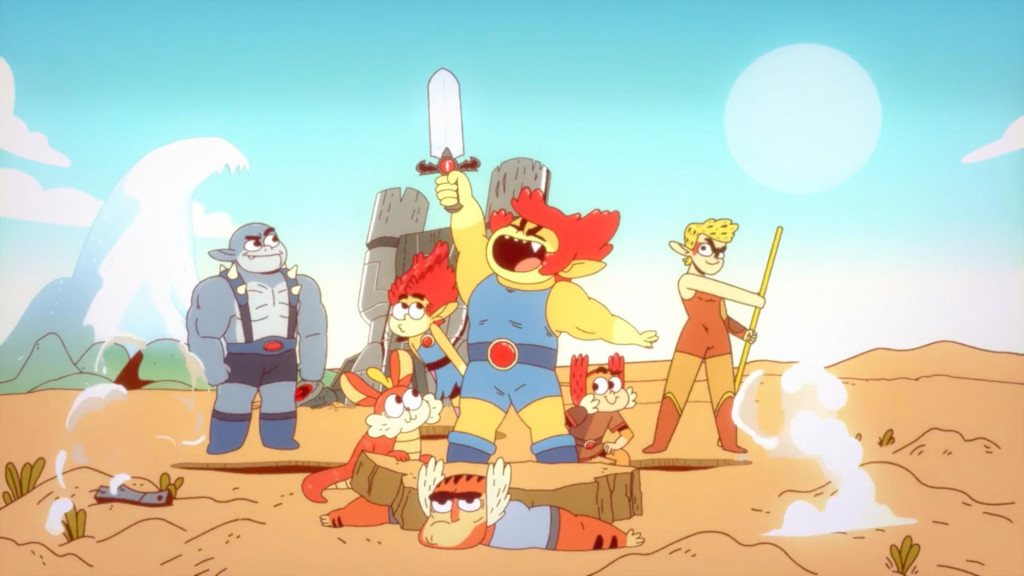 ‘Thundercats Roar’ is a show that aired from 1985 to 1989, not that I need to remind you! It was one of Cartoon Network’s best shows and it had become very popular at the time. It followed the story of Lion-O and Thundercats, a bunch of catlike aliens, who live on the planet of Thundera. When Thunder is destroyed, the group escapes on a spaceship to find another destination where they can rebuild their civilization. However, their space ship crash lands in some other place. The Thundercats befriend the natives of the planet, and when they realise that an enemy threatens to disrupt the peace on the planet and take it under his tyrannical rule, they team up to fight back.

As the story proceeds, new enemies are made and unlikely alliances are forged. Cartoon Network is aware of the influence of this show on kids and tried to reboot the series in 2011 by focusing on the backstory of Lion-O, how he became king and then what led to the destruction of their world. But the story didn’t move forward because the reboot didn’t receive much praise and was soon cancelled. Now, CN has made another attempt at retelling the story, and this time they are sticking to the basics. They’re introducing the new generation to Thundercats, with an altered form of animation, but rest assured, the story will remain the same. 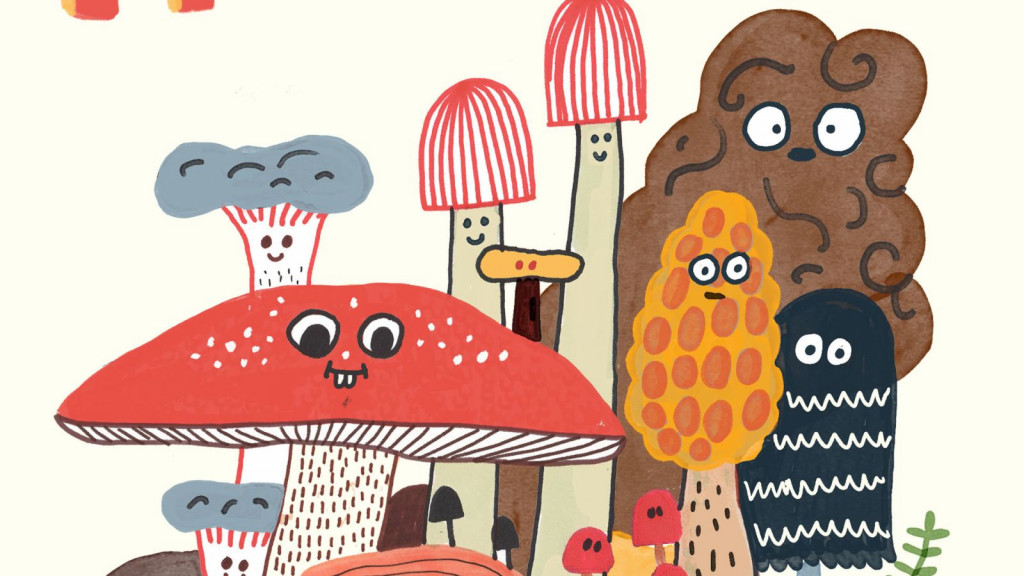 Stephen Neary has a lot of experience while tackling stories about animals and plants and exploring the world from their perspective. He has worked in films like ‘Rio’, ‘The Angry Birds Movie’, ‘Clarence’ and the ‘Ice Age’ series. This is actually a very effective way of getting to the children. Instead of looking at regular people and their regular stories, children find talking animals and plants more interesting. A couple of years back, he made a pilot which was named ‘The Fancies’ and it is that which becomes the source for this upcoming series by Cartoon Network.

The characters of this story are a bunch of prehistoric fungi. Because it is set in a very distant past, you can expect other prehistoric animals to become a part of the story, which is a great plus point when it comes to children. The backdrop is a place called Fancytown. The title of the show might create some problem with children as it might become hard to explain that the plural of fungus is fungi and the fungies isn’t exactly a word. On the brighter side, there’ll be other things that children can learn from watching the story, like the fact that they eat food through their feet! 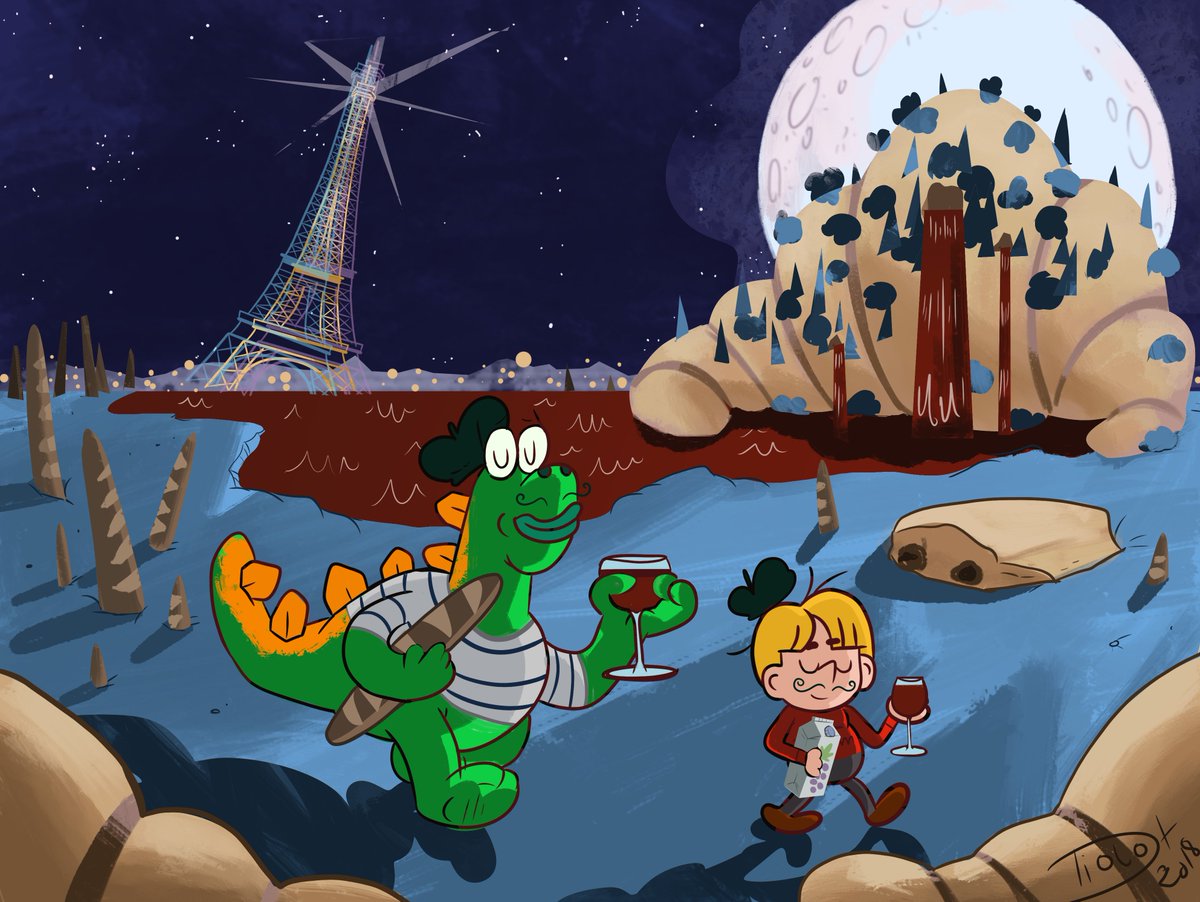 One of the responsibilities that come along with raising a child is to teach them how to be a good person. Developing a sense of camaraderie is one of those teachings. Children often get into fights when they go to a new place, most important of them being school. Because children are not robots, they can’t be fed all the morals in one day. Also, they don’t listen to you unless you’re strict, which is another problem in itself. (God, parenting is exhausting!) So, how do you inculcate these good morals in them? The easiest and most effective way is to tell them the right stories and make them watch shows that come with moral lessons while being entertaining enough to keep their interest intact.

‘Elliot from Earth’ is set to be one of those shows. It has things that every child likes in their stories — aliens, spaceships and dinosaurs! Now that you have their interest, let’s discuss the premise. It follows the story of a boy named Elliot who finds himself stuck in Noah’s ark type of scenario. He’s in a spaceship that is full of aliens from all possible worlds in the universe. Because there’s also a dinosaur, maybe there’s a world full of dinosaurs too! How Elliot got there and what it means for everyone will be revealed once the show airs, but from the looks of it, it seems like it’s going to teach children the lesson of getting along with everyone, no matter how different you are from them! 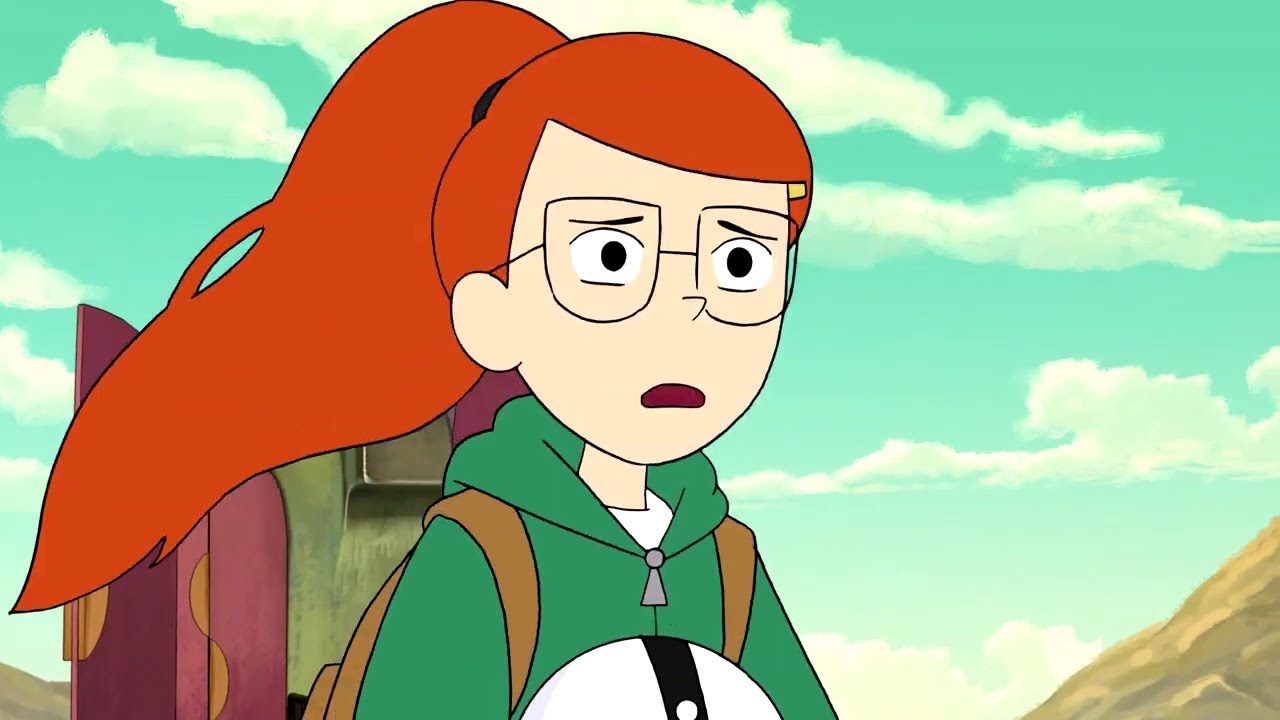 If you love watching sci-fi shows that explore the nature of reality, with the stories jumping from one parallel world to another, following the characters who have to run against time to save their lives and the whole universe for that matter? Is it also the case that even though such shows deliver great stories, they also fry your brain to an extent that you don’t know what to believe anymore? Perhaps you should blame Cartoon Network for feeding you all the sci-fi stuff and getting you addicted to the genre. While you have grown up and moved on from the network that ruled your childhood, Cartoon Network is still busy with saturating the brains of the upcoming generation with stories that are even more evolved than they were at your time.

‘Infinity Train’ is a part of such program. It follows the story of a young girl named Tulip. Somehow, she has ended up in a train that has no end to its tracks. Its path is infinite and its stops lead you to a different dimension. The only company that Tulip has on the train is a robot, who might be suffering from bipolar disorder, or at least a mild version of it. It is either very happy or very angry, and its mood swings can become a problem for Tulip, who has to find a way to get back home. The story starts with her first stop — Corginia, a world which is haunted by an evil creature. The king of Corginia wants Tulip to help him kill it.