Everything We Know About The Conjuring 3

There are two things that I can vastly credit the immensely talented James Wan, and his first ‘Conjuring’ film for. The first of course would be to make horror movies mainstream successes once again, and to an extent, scary too. The scary haunted house tale had gotten too overdone for its own good, until one guy figured out that the way to relive the horror glory of the iconic 70s and 80s was to go back to the old school methods of scaring people through atmosphere, characters one could care about and the ominous setting. Naysayers may feel differently, but Wan changed the game with that one.

The second, of course, would be the establishment of the Conjuring franchise that by now has expanded to two main films and five spin offs, grossing more than $1.6 Billion at the world box office. No second guessing on this one, but ‘The Conjuring’ universe is the single largest horror franchise that the cinema world has seen until now. Wouldn’t sound like it, but it is true especially horror movies have mostly operated in their own isolated worlds, telling of a family or town tormented by undead or malevolent spirits that are put to rest by the end of the film.

In this universe too, the stories follow somewhat the same blueprints, but them being in a shared universe automatically puts more mileage into the next instalment. In any case, a shared universe with witches, ghost nuns, undead spirits, a haunted porcelain doll, a thin crooked man, and a couple fighting them all off? Count me in till the very last. The third Conjuring film, easily the franchise’s most bankable property, and its highest grossing too, clubbing the first two films, is returning for a third outing, and while it took its own sweet time coming to fruition while the franchise expanded, I am glad it’s happening, even if not in the way I would have wanted it. Here is everything we currently know of the threequel. Read on.

The Conjuring 3 Plot: What is it about? 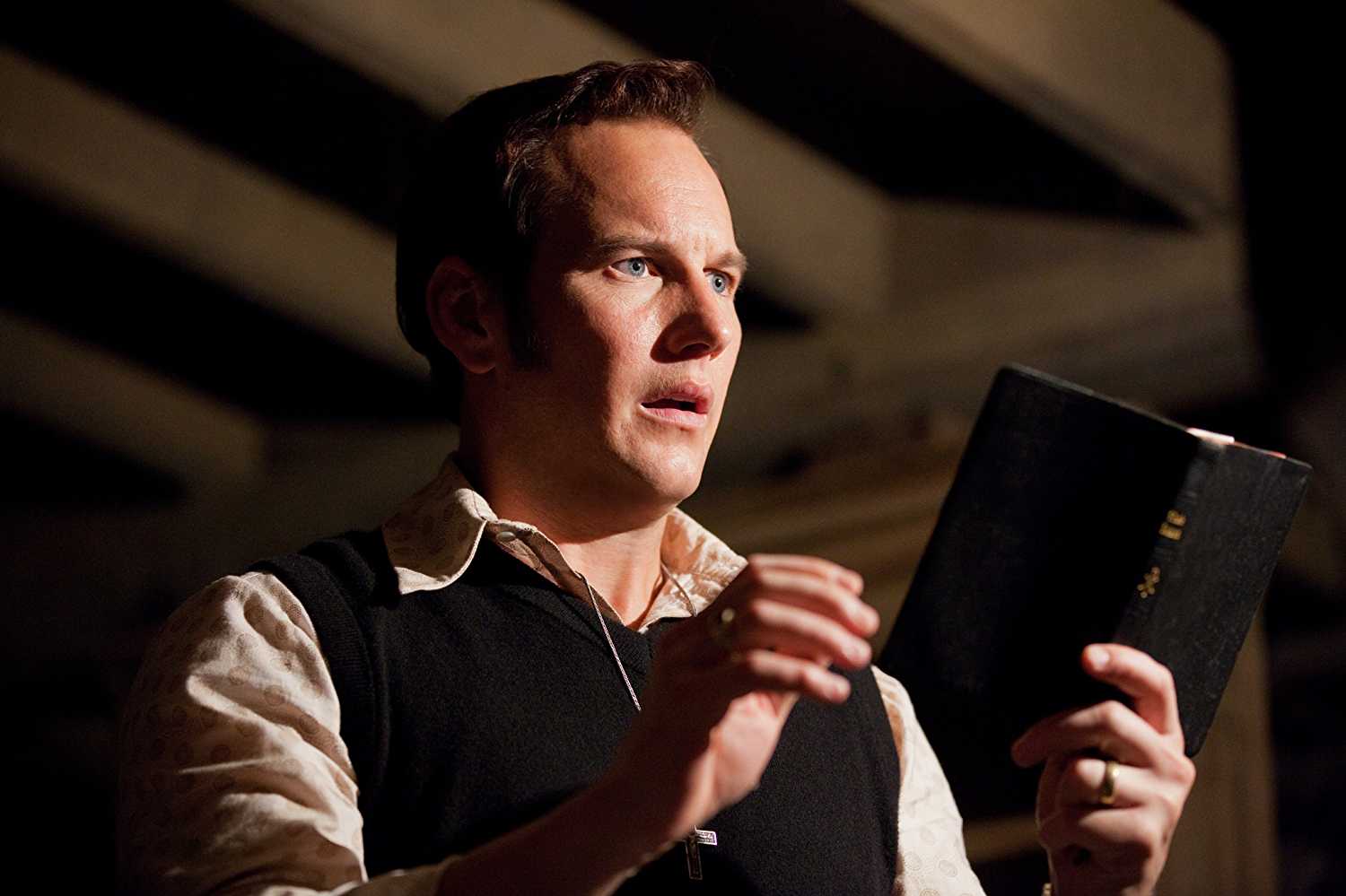 Since the main ‘Conjuring’ films have anyway followed an episodic narrative nature owing to the films being based on the actual case files of supernatural investigators Ed and Lorraine Warren, expect the third film to be in the same vein, exploring a different chapter in those case files. Producer Peter Safran has clearly stated that the third film most definitely won’t be a “haunted house” movie, since the makers feel they have already done that up to the hilt. “There could be many more Conjuring movies because the Warrens have so many stories”, said James Wan, who will be returning for the third one only in the capacity of a producer, while also speaking of ideas including Lycanthropy to be introduced to the Conjuring universe, lest ghost stories and spirits seem all but overdone.

Wan is very interested in exploring a monster or a spirit at least that manifests itself as werewolf, and that should surely be interesting to watch, provided that it happens, opening up completely new (and tangible) windows for the horror franchise to expand in. This was also something that was alluded to by co-star Vera Farmiga who plays Lorraine Warren in the main films and spin-offs.

It was later reported that the film would be based on a man on trial for committing murders and pleading not guilty on account of being possessed at the time of committing them, which could certainly be an indication that the film might be looking at the trial of Arne Cheyenne Johnson, or “the Devil made me do it” trial, especially since Wan also called it the case wherein for the first time in the history of America had someone claimed their innocence on these grounds. Wan also stated that the film would be set in the decade of the 80s, and while there can be a whole lot to expect from the setting and vibe as well, the time period too puts us eerily in the same bracket, even if there is no official confirmation as to which real life Warrens’ case would the film be based on.

It is especially notable that both the ‘Conjuring’ films had murders that were committed by unassuming people under demonic influence, notably a past owner of the Perrons’ house who killed her son, and of course the infamous Amityville haunting at the beginning of the second film. The Warrens will certainly have a big role in the trial testifying for the man accused, and while the film most definitely won’t be a quasi high voltage courtroom drama like ‘The Exorcism of Emily Rose’, it certainly can benefit from its back and forth narrative structure, alternating between the courtroom proceedings and dramatic re-imagination of the incidents as they took place. That certainly can be a good departure from the haunted house tropes that I personally have no problem with if done effectively, and can prove to be a good break from the now monotonous three part structure of horror films: Infestation, Oppression, and Possession. Remember? 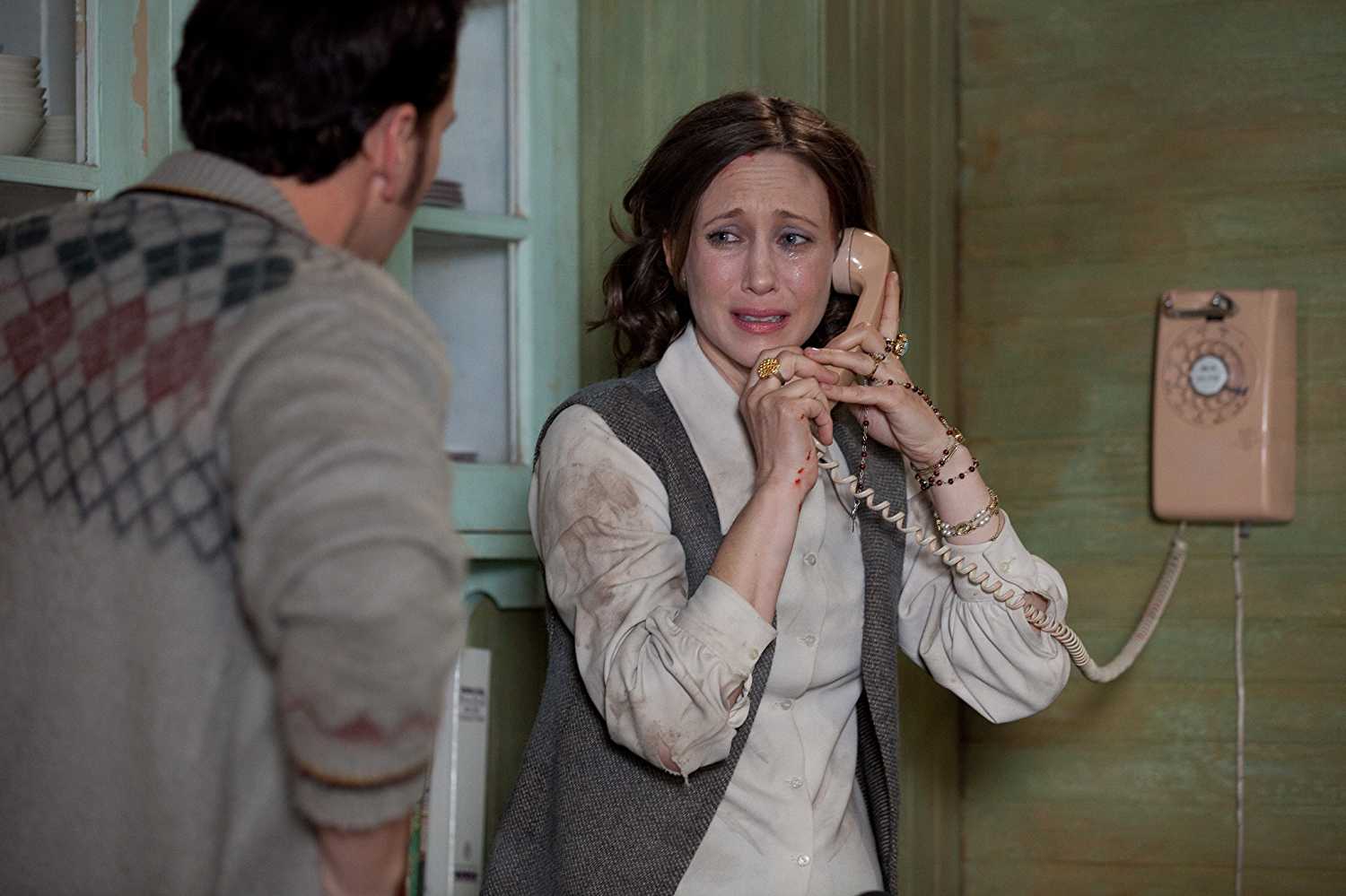 One thing that you can surely expect the third one to have is more monsters, ghosts, spirits and the like, just as in the ‘spirit’ of the first two, no pun intended. After all, one has to keep the spin offs coming aka Annabelle from ‘The Conjuring’ and ‘The Nun’ from ‘The Conjuring 2’. I am pretty sure, as you would be just by looking at the Warrens’ room of contained haunted artefacts in the two ‘Conjuring’ films and a brief look in the trailer for the upcoming ‘Annabelle Comes Home’ that there is much, much more demon wealth to be explored in this universe, and one or two of them might just make appearances in this as apprentices of the primary spirit in the film (Annabelle) to have their own spin-off films later. Cue to ‘The Ferryman’, coming to theatres near you in 2022. Called it!

The Conjuring 3 Cast: Who is in it?

There definitely wouldn’t be a third Conjuring without the Warrens, played by Patrick Wilson and Vera Farmiga, so it was only providence that they return in their famous roles of demonologists and occult consultants Ed and Lorraine Warren respectively, after the near death brush that the two had in the last ‘Conjuring’ film. This will be their fourth film appearance with considerable screen times after this year’s ‘Annabelle Comes Home’. Further to this, the involvement of any other actors isn’t known until now, although it would only be logical to assume that Sterling Jerins would be returning as Judy Warren, Ed and Lorraine’s daughter. No other cast announcements have yet been made but we can definitely be sure that it would have a new family or individual under demonic perils. Expect news of new casting to hit the internet soon.

The Conjuring 3 Crew: Who is behind it? 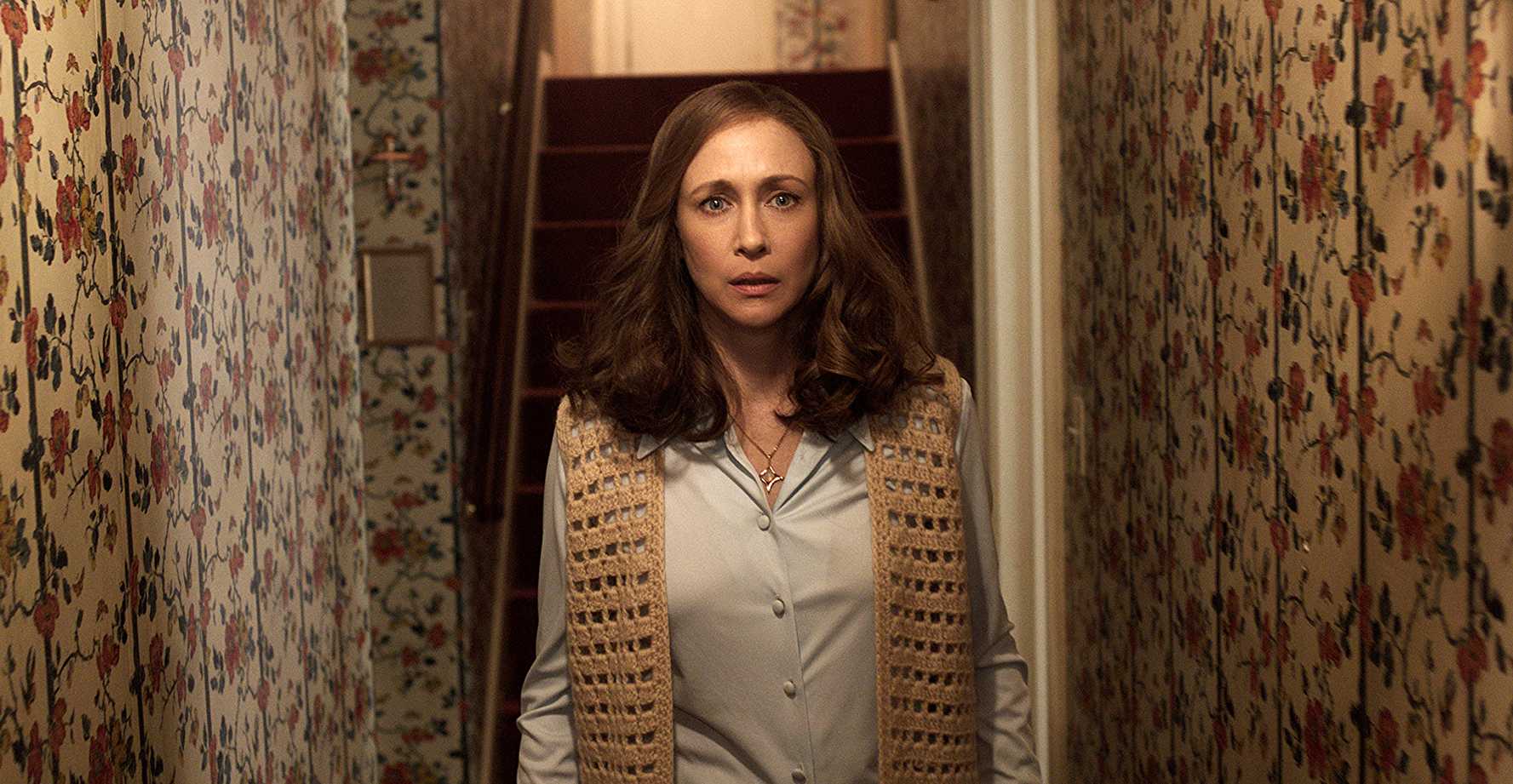 Just as I thought that the Conjuring films were synonymous with James Wan and that he would hand around for at least completing what could have been one of the best horror trilogies of all time, Wan announced that he won’t be returning for the third due to scheduling conflicts, choosing instead to serve only as the producer through his company Atomic Monster. Needless to say, since he so ably helmed the last two films, he will have a considerable say in the story and writing departments as well.

Wan passes the baton here to Michael Chaves, who earlier directed this year’s ‘The Curse of La Llorona’ or ‘The Curse of the Weeping Woman’, also produced by Wan, who stated that his successor in the franchise has his faith and that he was sufficiently impressed with Chaves during the filming of ‘La Llorona’. Furthermore, Peter Safran would be returning as producer with WB distributing the film. David Leslie Johnson, who also co-wrote the screenplays for ‘Aquaman’ and the second ‘Conjuring’ film, has been hired to write the screenplay for ‘The Conjuring 3’.

The Conjuring 3 Release Date: When will it premiere? 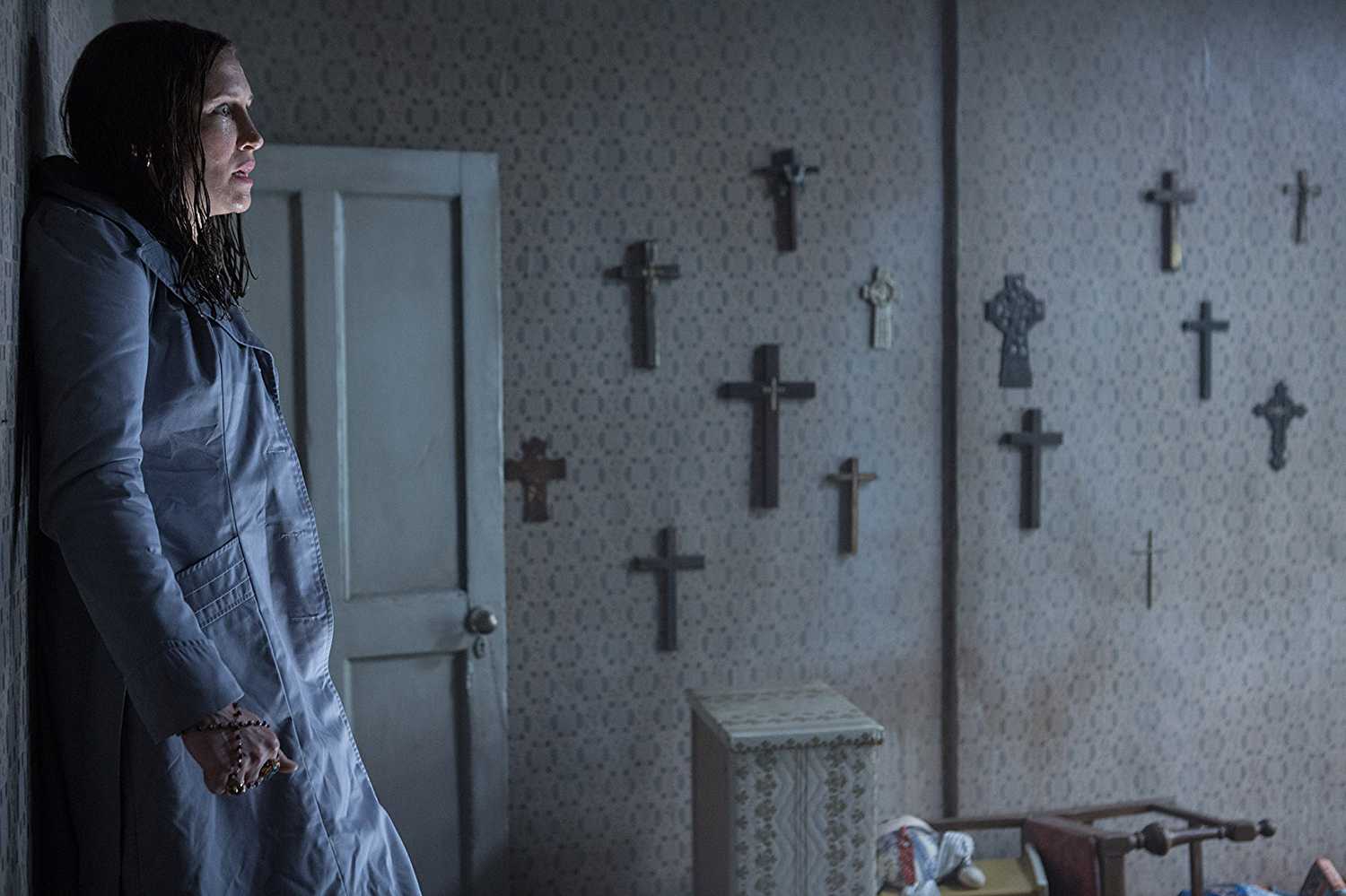 The Conjuring Universe’s current release slate looks pretty crowded as of now too. It is also possible that 2020 may see the release of a sequel for ‘The Nun’ too, although no word has currently been received in regards to that. After spending considerable time on polishing the script and screenplay that the team felt had to absolutely live up to the reputation of the last two films, filming is finally underway for ‘The Conjuring 3’, and Warner Bros. has slated a September 11, 2020 release date for the film, four years after the second one came out and seven years after the first.