Will There Be a Despicable Me 4? 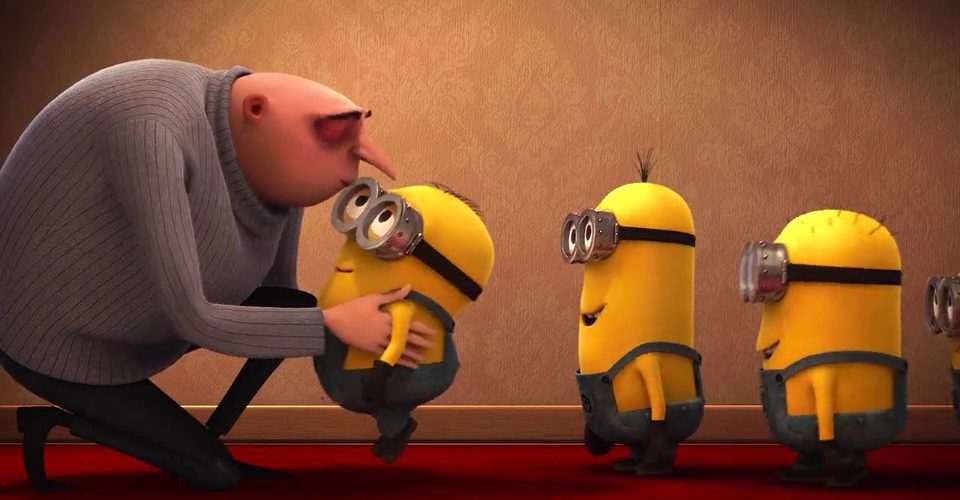 Do you want to get a fair idea of what a storm the Minions have caused in the market? You’d normally guess a Pixar franchise to be the highest-grossing animated franchise in the world. Well, you are in for a surprise since it’s the minions, with a total gross of over $3.7 Billion over the course of four movies, with ‘Toy Story’, a franchise that has been around for more than two decades, coming in second, short by nearly $700 Million. Both the franchises hold the reputable record of being the only animated franchises to have two films in the billion-dollar club, a record I feel is soon going to be shared by ‘Frozen’, but until then, it’s nothing short of a hecking achievement.

Moving away from the comparisons, whether you would agree with it or not, there is something about the adorable yellow French/ gibberish babbling pill shaped minions that keeps the audience coming back in heaps for more, every time any outing featuring them hits the screens. There are plenty who don’t get the mania, with “Why are Minions so annoying?” even trending as a search on Google some time ago; but the truth largely is that Illumination opened up the genie’s cave with these films, especially the minions, and while the film collections are all but fathomable, we mere mortals cannot simply begin to imagine what the franchise must be minting in when it comes to merchandise sale, not to mention the various mobile and console games tying into the films and the several short films that are periodically released.

Ergo, the minions and ‘Despicable Me’ by extended definition aren’t going anywhere, and the films will keep coming until there is an audience for them, which there is always going to be in the form of kids and their families. Two films featuring the minions are in development right now: one, a direct sequel in the Despicable Me franchise and the other in the separate prequel spin-off franchise, Minions, titled ‘Minions: The Rise of Gru’. Here, we discuss the former.

Despicable Me 4 Plot: What Is It About?

If it isn’t clear as of now, I am an unapologetic admirer of the minions. They are irresistible to me, and I have thoroughly enjoyed all the films featuring them (yes, even the solo spin-off) except the last one, that for the lack of a better word felt contrived and out of its element. Yet still, that’s not to say that it wasn’t enjoyable, even if the signs of fading are visible in the third one, and the reason that they still work, at least for me, would be the minions, again.

Let’s be honest here, you don’t walk into these films expecting to be fed the most cerebral plot lines; you expect to be entertained and it would simply be needless to say that through all four films, they are the ultimate scene stealers. Steve Carell is a personal favourite here, and I love everything he has done. There is possibly no one better to play Gru, and his chemistry with the three girls is what forms the heart of these films. But, make no mistake, the money is where the minions are.

We still only have official confirmation on the sequel happening, which was a given since ‘Despicable Me 3’ ran to become a Billion dollar film, but no details on plot have been revealed yet. For starters, reflecting on the initial trilogy of films, it seems as though Gru’s family, with Lucy as his wife, Edith, Margo, Agnes, his mother, and Dru, his twin brother, who by the end of the third film is lured back to the world of villainy, now operating with Gru, is complete, and that there isn’t any respectable storyline worth minting here for some time to come.

Miranda Cosgrove, who voices Gru’s eldest daughter, Margo, had a few ideas regarding where the franchise could head. One of them involved the girls going evil and following in Gru’s footsteps, not in a way so as to discard what the three films have established, but in a way that creates some serious internal conflict for Gru to solve. Of course, the presence of an external threat would only alleviate things further, as with every movie in the franchise. “I think it would be so cool if all three of the girls were like Gru and they took on some of his super villainy! I think that would be cool”, Cosgrove said. Other than that, Cosgrove also had the idea that Margo, Edith and Agnes’ birth parents could turn up to add to the proceedings, especially since we know practically nothing of the girls’ life before they were adopted by Gru.

Despicable Me 4 Cast: Who Is In It?

Invariably so, the entire gang will have to return if they are to make this one a grand outing just as the last three ones. You can thereby expect Steve Carell as Gru and Dru both; Kristen Wiig as Lucy Wilde; Miranda Cosgrove as Margo; Dana Gaier as Edith; Nev Scharrel as Agnes; Steve Coogan as Silas Ramsbottom; Julie Andrews as Marlena; Gru and Dru’s mother; and the multi-talented Pierre Coffin, who has been instrumental in the development of the franchise, directing all four films, voicing all the minions, especially the prominent ones in Mel, Kevin, Stuart and Bob, to reprise their roles from previous films. Since none of the films have had recurring villains, you can expect this one too to have new casting when a potential villain is revealed. Or better still, when a script is finalised.

Despicable Me 4 Crew: Who Is Behind It?

Both Kyle Balda and Pierre Coffin have been instrumental and irreplaceable in the development of this franchise, with Coffin being in the director’s chair since the first movie but will be sitting out for ‘Minions: The Rise of Gru’, replaced by Brad Ableson, while Balda has been there since ‘Minions’, and will be co-directing the spin-off sequel with Ableson. My guess is that in an attempt to ensure exclusive and fast production, Illumination and Universal would be going with two separate teams to avoid temporal overlaps. While Kyle Balda is going to be intensively involved with the development of ‘Minions: The Rise of Gru’ along with writer Brian Lynch from ‘Minions’, Pierre Coffin would be heading the next Despicable Me project, with Cinco Paul and Ken Daurio returning from the previous three movies. Of course, this is all speculation as of now, and we will have to wait a fair bit before any confirmations can be given out on the same.

Despicable Me 4 Release Date: When Will It Premiere?

As stated in the opening paragraph, Illumination already has two films planned to continue the franchise, the first of which, ‘Minions: The Rise of Gru’ will be premiering next summer, 3rd July, 2020. It would thus be prudent to assume that the next Despicable Me film, even if not appearing to have ties with this one, should take another two years to digitally master. This is given since roughly the same team will be involved in the development of both films. Assume ‘Despicable Me 4’ to hit theatres in the summer of 2022.