Everything We Know About The Eternals Movie

2019’s San Diego Comic-Con that concluded last month and D23 Expo held this month offered a euphoric set of future projects for Marvel fans. Marvel head Kevin Feige revealed new plans for Marvel Cinematic Universe’s Phase 4 that went beyond expectations of even the most die hard comic book fans. To delineate how epic Marvel’s slate at SDCC 2019 and D23 was, let us look at some of the upcoming projects that were mentioned. We finally have a clear idea about Disney‘s take on Marvel shows in its streaming platform, Disney+.

For instance, we now know that there’s going to be ‘The Falcon and Winter Soldier‘ featuring Sebastian Stan as Bucky Burns aka Winter Soldier and Anthony Mackie as Sam Wilson aka new Captain America. We will get ‘WandaVision’ featuring Elizabeth Olsen as Wanda Maximoff and Paul Bettany as Vision. There’s going to be Jeremy Renner starring as bow and arrow guy Clint Barton aka Hawkeye and ‘Hawkeye’. Apart from these, there will be ‘Loki’ featuring Tom Hiddleston as, well, Loki and a cool new high-concept animated series, ‘What If…?’. 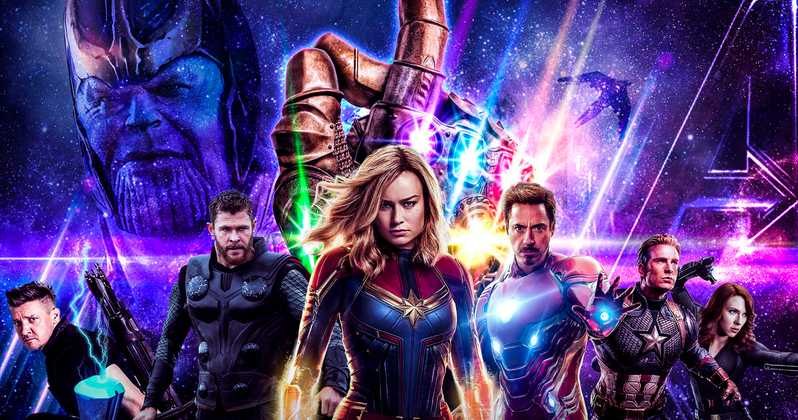 Well, these are some that will air on the small screen. Marvel plans to crush the big screen for the next three years with the release of ‘Black Widow‘ where Scarlett Johansson returns to reprise the titular role. There will be ‘Doctor Strange in the Multiverse of Madness’, bringing together Doctor Strange (Benedict Cumberbatch) and Wanda Maximoff together and ‘Thor: Love and Thunder’ that will bring Chris Hemsworth (Thor Odinson) and Natalie Portman (Jans Foster) together again. MCU will kickstart their Kung-fu universe with ‘Shang-Chi and the Legend of the Ten Rings’ where we will hopefully see the real Mandarin.

There’s going to be Mahershala Ali killing vampires on screen as ‘Blade’ as well. And there will be ‘The Eternals’. Fans of Marvel’s movies are aware of the most characters and projects in some way or the other. Only Shang-Chi and the Eternals are where Marvel seems to branch out in order to expand their storytelling caliber and honestly, it was about time. So let’s talk about the Eternals here for a bit.

Why are The Eternals So Exciting? 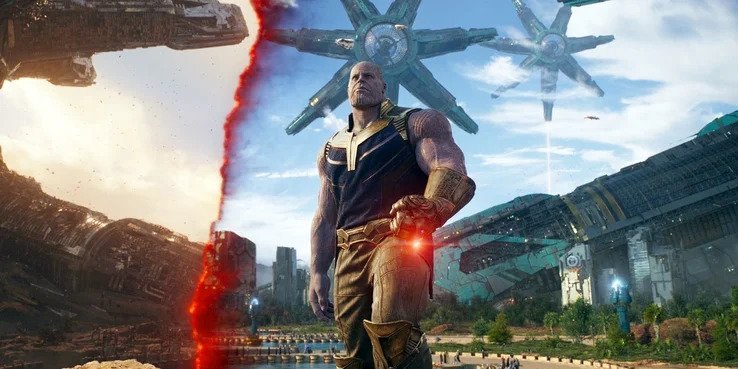 In a watered-down version, Eternals are what you make when you mess up your experiments. Well, at least that’s what the Celestials did millions of years ago. Now you might ask, ‘Who are these Celestials now?’ Chances are, you have already seen them. When the Collector in ‘Guardians of the Galaxy’ (2014) explains the origin of the infinity stones, we see a Celestial using Power stone to destroy a planet. Again in the same film, we see Nowhere, which is basically a severed head of an ancient Celestial. Celestials are the oldest entities in the Marvel canon. They look like huge humanoid beings and together they shaped the entire cosmos. They are so powerful that each Celestial can threaten the entire existence of Gods and planets. In order to nurture life, they perform genetic experiments on planets. They did similar things on Earth but not everything worked out as they had expected.

Some rogue mutations in large scale took place that gave birth to deformed and evil ‘Deviants’. In order to protect humanity from the Deviants, the Celestials then created the Eternals. The rivalry between the Eternals and Deviants are for ages, literally. Jack Kirby, the iconic co-creator of many famous Marvel characters (Thor, Captain America, the Fantastic Four, X-Men) first drew up the Internals in July 1976 issue, The Eternals #1. He wanted a fresher take on a standalone group of superheroes amidst Marvel’s interconnected universe. Incidentally, the Eternals are somewhat similar to what Kirby went on to do with DC Comics’ ‘New Gods’ later.

The Eternals are almost immortal beings with god-like abilities. So much so that they were regarded as Gods in popular myths. They all have cosmic power, ability to affect time, space and matter, inhuman strength, flight ability, teleportation, mind-reading abilities, and ability to shoot sonic and heat waves from the eyes. These are just very few of what the Eternals can actually do. In comics, they have a long and extremely complex history of origin and their journey from ancient mythical Gods to present day is nothing short of extraordinary. In the course of the comics, as it turns out, the motive behind creating Eternals was not as noble as we thought from the Celestials. They experimented with humans the way Krees experimented later and created the Inhumans.

The Eternals can all merge into each other to form one single cosmic being, holding the collective power of the merged creatures. They named it Uni-mind and it was used to defend Earth against the judgment of the Celestials. Initially, the Eternals hid their existence from Earth’s people but in recent times they were forced to come out in broad daylight and join the Avengers. 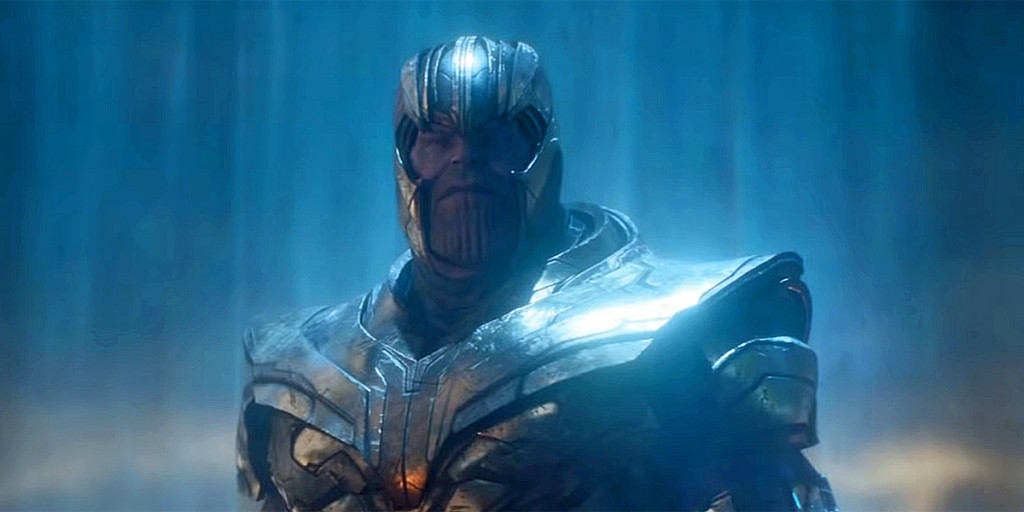 But here’s where things get actually exciting. Thanos is actually an Eternal. By definition, he is an Eternal but he shows predominant Deviant traits. He is the son of A’lars who was an Eternal and Sui-San, an inhabitant of Titan (Saturn’s moon). Together they populated Titan with Eternals of Titan. Thanos’ appearance after birth was feared and his mother even tried to kill him. Disturbing mother issues aside, Thanos became interested in darkness of cosmos and death and his journey after that is pretty much known to all MCU fans.

The Eternals Cast: Who’s in it? 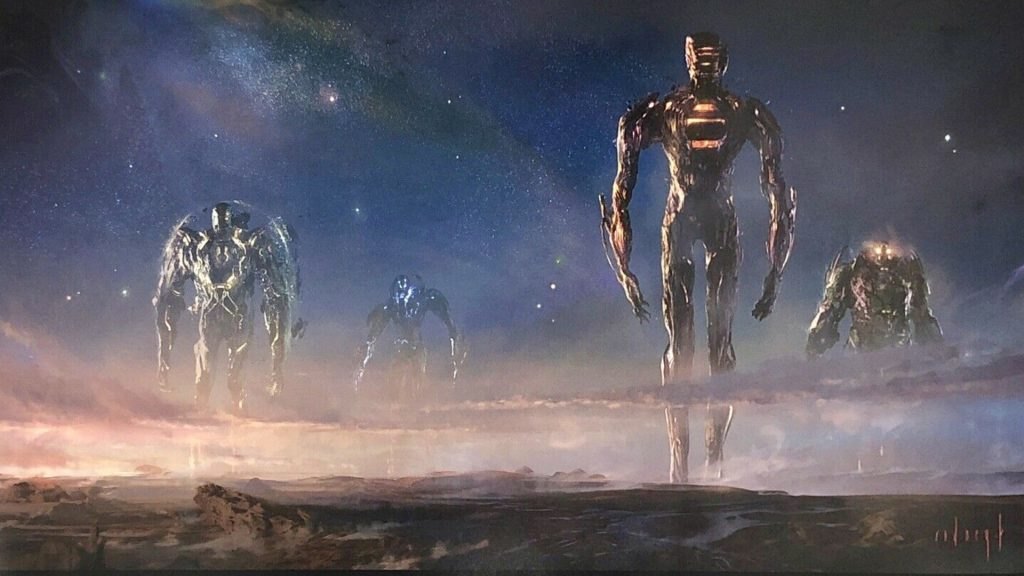 Marvel and Disney have mostly been spot-on with their casting choices. And for ‘The Eternals’ too they have amassed an amazing star cast. Richard Madden of ‘Game of Thrones’ and ‘Bodyguard’ will play Ikaris; Salma Hayek will portray Ajak; Kumail Nanjiani of ‘The Big Sick’ (2017) will play Kingo; Brian Tyree Henry of ‘If Beale Street Could Talk’ (2018) will portray Phastos. Lauren Ridloff will play Makkari (hey, it’s good to see new changes); Dong Lee will portray Gilgamesh aka the Forgotten One; Lia McHugh will play Sprite; and the cast is led by none other than Angelina Jolie, as Thena. It was also confirmed at D23 Expo that Barry Keoghan (‘Chernobyl’) will play Druig;  Gemma Chan of ‘Crazy Rich Asians’ (2018) fame will play named Sersi (who, in the comic books, has variously posed as a dancer, stage magician, actress, and adventurer); and, hold your breath, Kit Harington, another ‘Game of Thrones’ star, will play Dane Whitman aka. Black Knight.

The film will be directed by indie director Chloé Zhao. Her films like ‘The Rider’ (2017) and ‘Songs My Brothers Taught Me’ (2015) have garnered immense appreciation. Marvel is really great at finding technically sound directors and using their visions in blockbuster movies. Considering the cast and people behind it, we are really excited about ‘The Eternals’.

The cast of Marvel Studios’ Eternals have arrived on stage at #D23Expo. See the film in theaters November 6, 2020. pic.twitter.com/AltxcOvGXU

The Eternals Plot: What is it About? 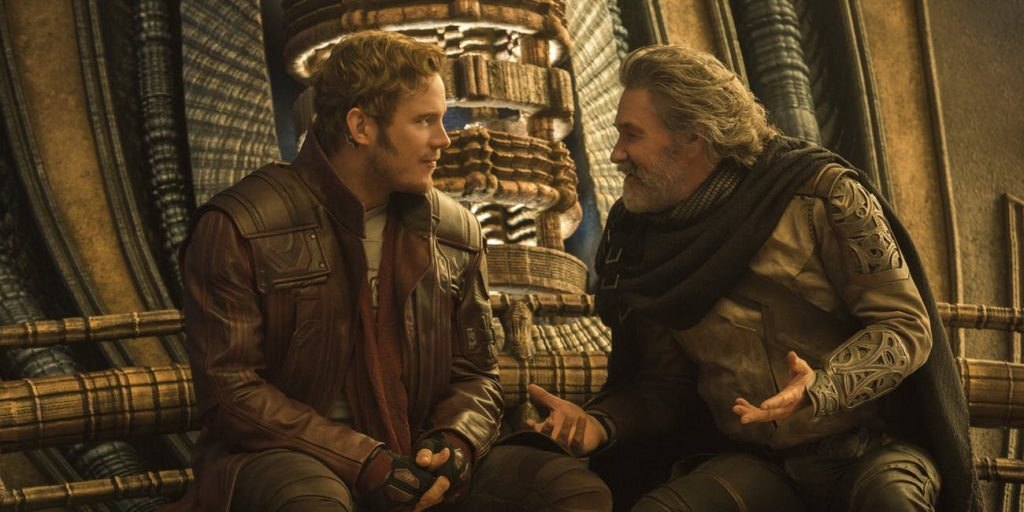 ‘The Eternals’ can explore many narratives. But Marvel mostly will stick with the events relevant to the MCU narrative. The film will definitely be an origin story where we will witness the birth of the Eternals and in this case, hopefully, Deviants as well. The death of Thanos for the second time in ‘Avengers: Endgame’ can create a ripple effect on the workings of the secretive Eternals as well. We know that the movie will feature 8 Eternals prominently: Thena, Ikaris, Sprite, Ajak, Kingo, Gilgamesh, Phastos and Makkari will be in it.

Ikaris is one of the most intense Eternals out there. He was born 20000 years ago and is a son of two Eternals. Thena is a Greek goddess tied to myths of Olympia and Athens. Gilgamesh is the Forgotten One and is known in the form of many canonical characters in human civilization. Makkari has superhuman speed; Sprite appears as a small boy and is immune to everything. Phastos is often mistaken as a Greek God and carries a hammer; Kingo is a samurai; and Ajak can directly connect with Celestials when they are nearby.

Judging by the story of the Eternals, the film should be a standalone introduction of the super-powered group into MCU but they will also have a bigger role to play in future projects. ‘Guardians of the Galaxy 2’ also teased another Celestial, Ego the Living Planet, who was Star-Lord’s father, making him a semi-Eternal or something like that. Marvel is definitely trying to expand their cosmic section of the universe ever since Guardians of the Galaxy.

The Eternals Release Date: When Will it Premiere? 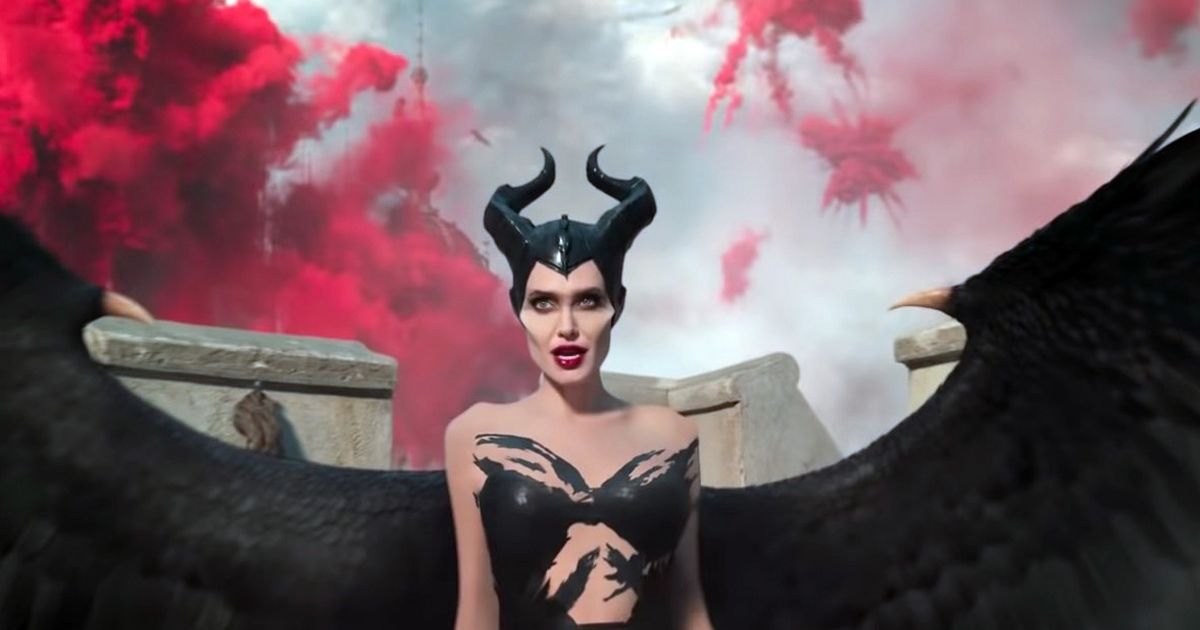 Marvel has an extensive slate for phase 4. But ‘The Eternals’ is one of the foremost projects starting off Phase 4, post ‘Endgame’. Marvel will surely hope to replicate the breakout success of ‘Guardians of the Galaxy’ with ‘The Eternals’. The film will release on the big screen on November 6, 2020, and honestly, we are extremely hyped about finally seeing the Eternals in the MCU.