Everything We Know About The Huntsman 3

Fantasy movies have been bread and butter for Hollywood for nearly two decades now. With the humongous critical and commercial success of Peter Jackson’s ‘Lord of the Rings’ trilogy which kickstarted in 2001, Hollywood has churned out a number of fantasy films in rapid succession. Some of the most popular fantasy films to have come out in the last two decades are ‘Harry Potter’ (2001-2011), ‘Underworld’ ((2003 – 2016), ‘Twilight’ (2008–12) and ‘Alice in Wonderland’ (2010 – 2012), to name a few. Coupled with this is the commercial success of franchise films. Most of the commercial blockbusters of the past 50 years belong primarily to the MCU, ‘Star Wars’, ‘Jurassic Park’ and ‘James Bond’ franchises and film series.

Snow White has been one of the most culturally significant and beloved folklore and fairy tales. It is a German fairy tale, which finds its origin in the early 19th century. It was compiled from oral folklore to written narratives by German academies Jacob Ludwig Karl and Wilhelm Carl, who were also known as Brothers Grim in 1812. The fairy tale is the story of the titular Snow White, who is confined by the jealous and villainous stepmother, known as Evil Queen, who thinks that she is the most beautiful person until her magic mirror divulges that Snow White is acutally the most beautiful girl, which leads to her confinement. However, Snow White escapes and finds shelter in the small house of the seven dwarfs. The folklore then chronicles Snow White’s endeavour to dethrone the evil queen to establish peace and prosperity in the land.

The tale has been adapted into films several times. The first film to showcase the story was ‘Snow White’ (1916), a silent comedy directed by J. Searle Dawley. The most popular and critically acclaimed adaptation is Walt Disney’s ‘Snow White and the Seven Dwarfs’ (1937), which is considered as one of the most beloved films ever made. In recent times, the tale has been adapted by Tarsem Singh in his directorial feature ‘Mirror Mirror’ (2012), which starred Lily Collins as Snow White and Julia Roberts as Queen Clementianna. In the same year, Rupert Sanders-directed a darker adaptation titled ‘Snow White and the Huntsman’, which was followed by Cedric Nicolas-Troyan’s prequel ‘The Huntsman: Winter’s War’ (2016)

The first film is basically a retelling of the folklore which stars Kristen Stewart as the titular Snow White, who grows up to be imprisoned by her stepmother, the villainous Queen Ravenna, essayed by Charlize Theron. After years of confinement, Snow White escapes Ravenna’s clutches which forces Eric, essayed by Chris Hemsworth, a huntsman, to bring her back to captivity. She also gives her word that she will bring back his dead wife if he successfully does the task assigned to him. The second film functions as a prequel and follows the story of Eric and Sara, essayed by Jessica Chastain, who is also a warrior. Raised as members the army of the ice Queen Freya, played by Emily Blunt, the two have to hide their forbidden love from them and have to fight to survive the iniquitous intentions of Freya and her sister Ravenna.

If franchise films such as ‘Resident Evil’ and ‘The Twilight Saga’ are any poof, no matter how poorly a film does critically, the commercial success earns it another release. With the gap of four years between ‘Snow White and the Huntsman’ and ‘The Huntsman: Winter’s War’, there is a chance that production houses Roth Films and Perfect World Pictures give a heads up for a third film, thus completing the trilogy. On the whole, the two have grossed over $561 million against a budget of $232 million. So, seeing how the two films have played out commercially and critically, this is everything that we know about the yet untitled film.

The Huntsman 3 Plot: What Can it be About? 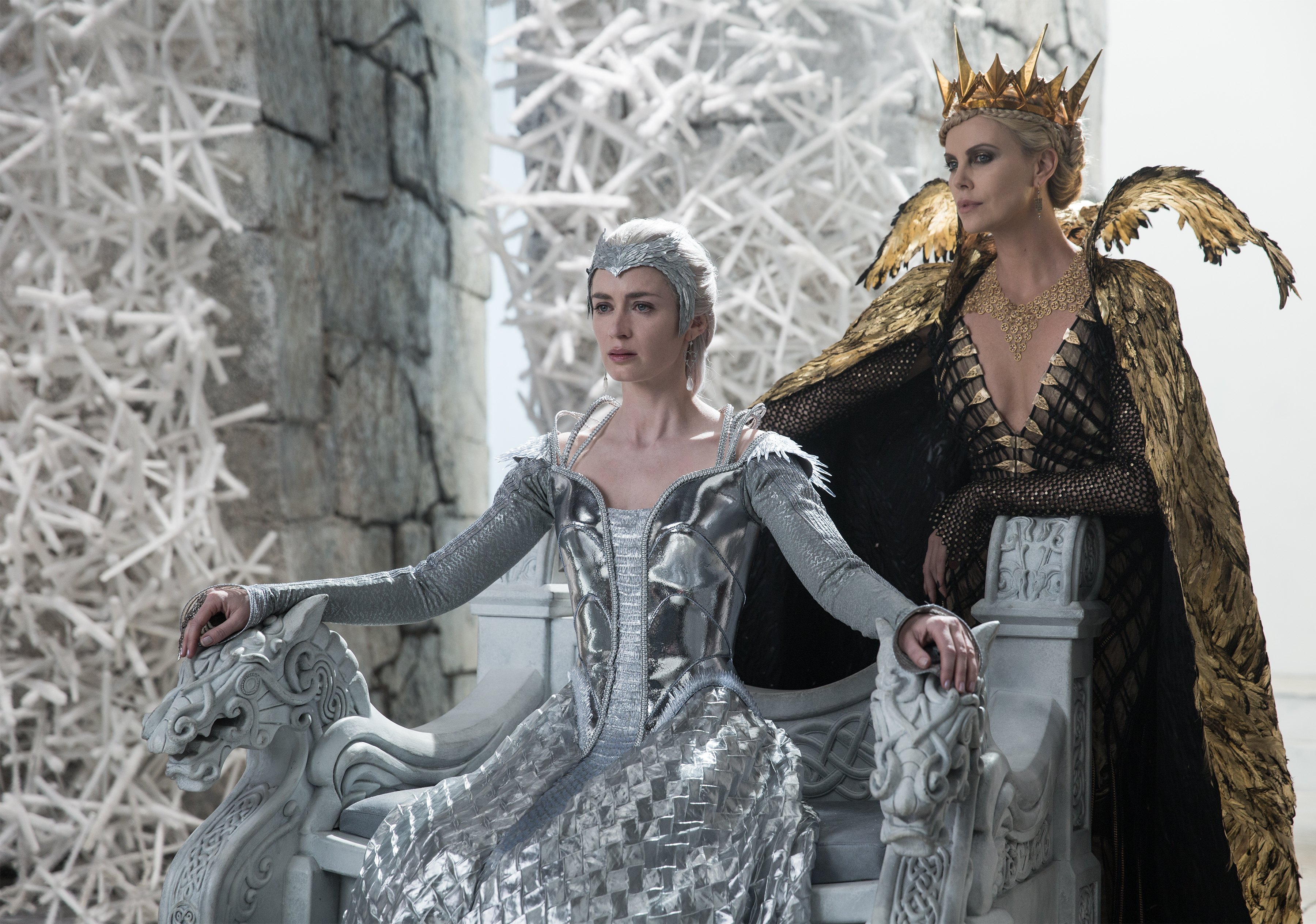 With the narrative difference between the first two films, the third production can continue with a time jump to merge the characters of the two. Like the ‘Underworld’ and the ‘X-Men’ series, the third film might also continue as the sequel of ‘The Snow White and The Huntsman’. The first film saw Queen Raveena being mortally wounded, which means that that third might not feature the villain unless the film tries to jump timelines or utilize the tool of fantasy to revisit her character. Similarly, with Queen Freya also succumbing to her injuries, there is not much future for her as well.

Given how the first two have gone forward, it is safe to assume that the third film would delve into the character of Huntsman. While the first was closer to the source material and focused on the relationship between Snow White and the evil queen, the second one dealt with the character arc of the Huntsman. ‘The Huntsman 3’ can also indulge in the adventures of Eric and Sara.

The Huntsman 3 Cast: Who Can be in it? 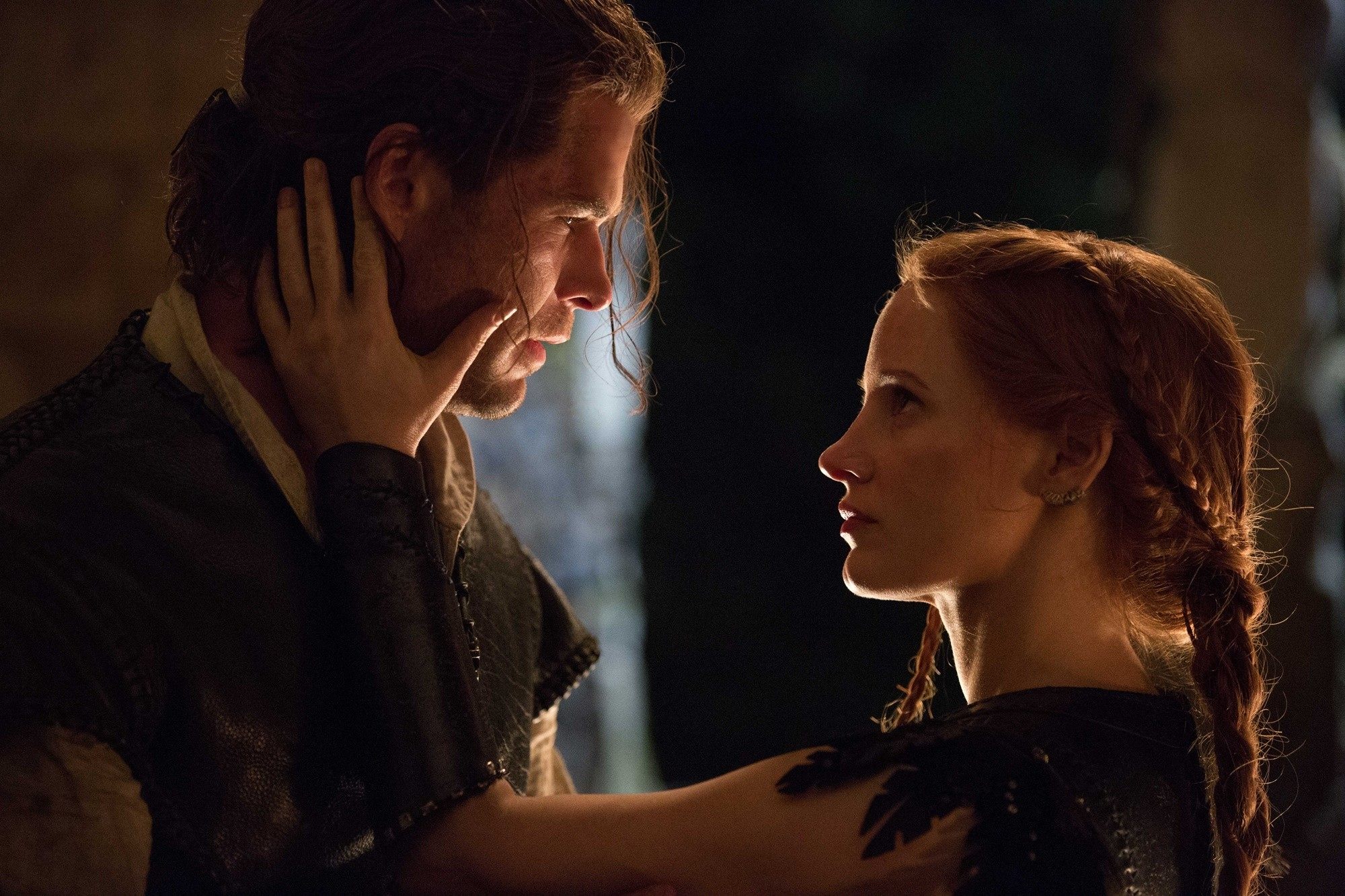 ‘The Huntsman: Winter’s War’ was said to be planned as a spinoff of the first film which would not feature Kristen Stewart as Snow White. The 29-year-old actress is already busy with a couple of films and does not seem to be available in the near future. However, the actress later stated that she did not want to be a part of a sequel or a prequel. So, this completely rules out the actress being part of the third film.

In addition, both Theron and Blunt’s characters are essentially dead within the timeline of the two films. The only two primary leads who haven’t confirmed anything or whose characters haven’t died yet are Jessica Chastain and Chris Hemsworth. Chastain has stated a couple of times that she would play strong and prominent female character anytime and the two films are led by female actors. However, Chastain is already busy with quite a number of films. With her involvement in the ‘X Men’, she could very well be busy with the future films in the series, that is if her character is not killed off.

Hemsworth stands in a tricky situation though. He is probably the only actor from the original ‘Avengers’ team whose character hasn’t died yet. He has also joined the ‘Men in Black’ spin-off which would surely multiply into a couple of films that will probably span more than five years. He is also starring in the eighth film of the View Askewniverse, titled ‘Jay and Silent Bob Reboot’. So, we have to wait for his statements too.

The Huntsman 3 Crew: Who Can be Behind it? 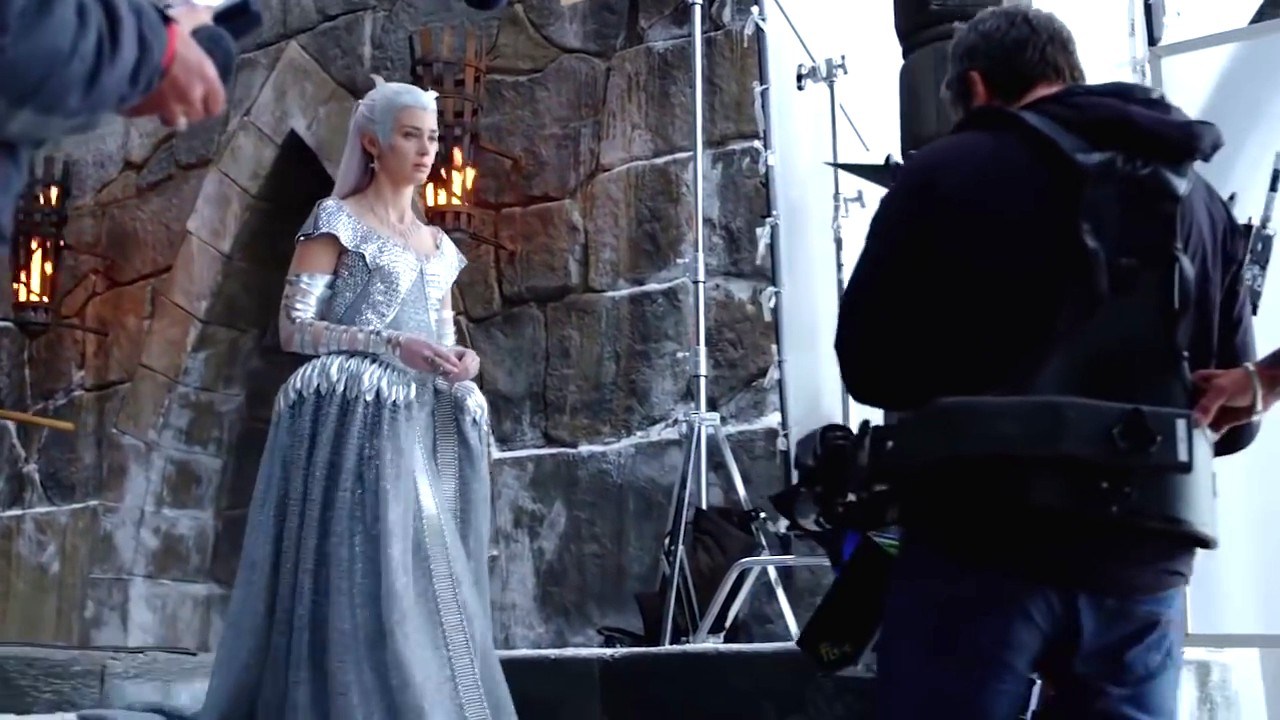 The two films have had two completely different directors and screenwriters. So that is still a question. American composer James Newton Howard had composed the score for both the films and would most probably take on the third movie as well. The composer has already worked in a couple of notable films and has received eight Academy Award nominations. As of now, he is busy with ‘Jungle Cruise’ which is being produced by Walt Disney Pictures and ‘Fantastic Beasts and Where to Find Them 3’, which is being produced by Warner Bros. Given that the two films depend upon heavy musical work, Howard would take up the next project after the competition of the two films. Conrad Buff IV has edited the two films and has not worked in any project since ‘The Equalizer 2’ (2018).

The Huntsman 3 Release Date: When Can it Premiere? 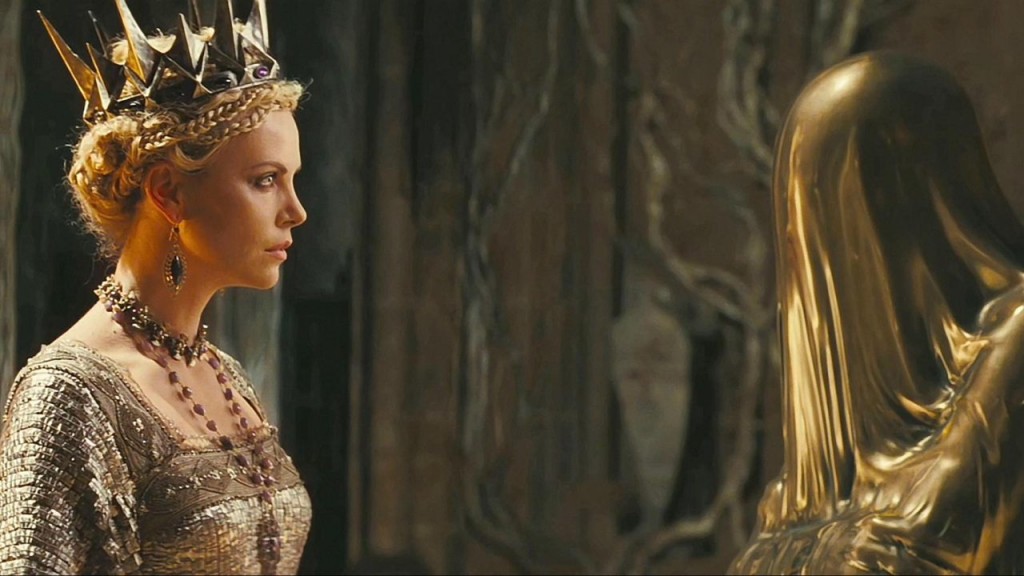 Though the film has not been announced yet, it won’t be surprising if the third film is greenlit given the commercial success of the previous two films. The second movie did not end with any sign of how things would move forward. The pre-production has not started yet, which means that The Huntsman 3 would probably release not before 2022. So, stay tuned to The Cinemaholic for latest updates on the film.