Everything We Know About Independence Day 3

In the twenty years separating the two ‘Independence Day’ films, the world changed, clearly, and seemed to move on from the absolute alien invasion crowd pleaser that the first one was. ‘Independence Day’, when looked at in retrospect, holds the same kind of rep as far as box office histories and landmarks are concerned, as say Steven Spielberg’s first ‘Jurassic Park’ film, even if the former was half as inventive or ground breaking as the latter. Even by today’s economic standards, the money this film amassed on the 4th July weekend in ’96 is massive to say the least, turning the very notion of the summer blockbuster on its head, back in the day, with numerous sources even claiming it to be on the forefront of popularisation of mainstream popular science fiction cinema, along with a couple of other Spielberg films.

The second film, and there is no simpler way to say this, failed to recreate the glory of its predecessor, and the reasons for that are a potential topic for another article. What we are here to examine though, is how the current situation of the two films in the franchise lends itself to the scope and possibility of a sequel. There are no quick answers here, but for those still looking, I’ll have you know that currently, all seems to be quiet on the western front, even more than usual, since there usually is chatter of a sequel even before a film releases, its box office fate notwithstanding. For now, let’s examine the causes of the dead silence on the front of getting a third ‘Independence Day’ film. Read on.

Will There be an Independence Day 3?

Even if you are on the side of the rare minority that actually liked the second film, and are waiting for a third one to see the light of the day, I will state that the wait might be in vain, and the principal reason for that, as is the principal reason for any sequel getting cancelled in tinsel town: the dismal box office performance of the film preceding it, deeming it no longer lucrative for the production company to carry the franchise forward. ‘Independence Day: Resurgence’ ended up grossing close to $389 Million worldwide, less than half of what the first film did. That sounds worse on multiple counts given that ‘Independence Day’ came out twenty years before the sequel. So, adjusted for inflation, that figure may even be three-fold, or more. That the sequel failed despite being made on more than twice the budget didn’t make things better either.

As of today, the sequel sits at a disappointing 29% on Rotten Tomatoes, with roughly the same audience score, as opposed to the 65% for its predecessor, and vastly improved audience score. 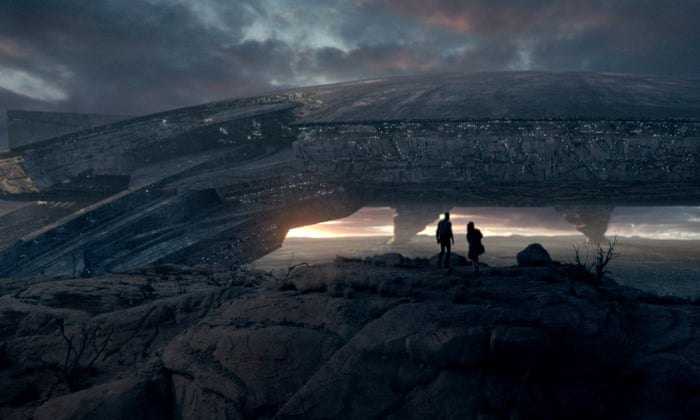 The second factor that may be throwing a spanner in the works is the acquisition of Fox and all its properties by Disney, including this one. Disney has been fast to act on its newly acquired assets, already announcing remakes for its ‘Night at the Museum’, ‘Diary of a Wimpy Kid’, and ‘Home Alone’ series of films. There also are new plans for its superhero properties, the X-Men and the Fantastic Four, but they will still take some time to be put into motion, given the MCU’s currently packed Phase IV schedule. The point is, between their hot properties (Star Wars and MCU), live-action remakes, original films, Disney+ shows, and announced remakes, the priority for an ‘Independence Day’ sequel seems pretty low on the list.

At this point, frankly, Disney would seem in a more favourable position to go for a complete reboot of the series, remaking the first one, than invest in reviving the legacy of the series set up over two films. To add to all this, Dean Devlin, producer of both the films in the franchise, seems to have cut ties with the franchise in 2018, and in essence, wants to distance himself from the films, quoting it was highly unlikely that a third film would happen, even after the second one setting up an ‘Independence Day 3’.

Independence Day 3 Plot: What Could It Have Been About?

Ah, the part where we dwell on the “what could have been”s of the movie business. For this one, we will start from where the second one dropped massive hints setting up a third, seeing as the makers envisioned ‘Resurgence’ to be the beginning of a trilogy of films to be followed after it. The Harvesters in the second film, the rival alien race to the invaders from the first film and their queen are inevitably defeated by the time the credits roll on the film through the efforts of Earth Space Defence and its new recruits in the film.

The idea for the third one, according to director Roland Emmerich, was to take the fight intergalactic, with the new heroes joining hands with others from Earth, and travelling to space to defeat the Harvesters on their home planet, taking the fight to them and nipping any future attacks in the bud. That’s right. Not only would they have been fighting to defend what’s theirs, they would have also been giving it back. Said plan would have been made possible by wormholes introduced in the second film, making the possibility of intergalactic travel feasible, and through the new technology that Okun reveals has been offered to them by the sphere to lead the resistance against the Harvesters.

Independence Day 3 Cast: Who Is In It? 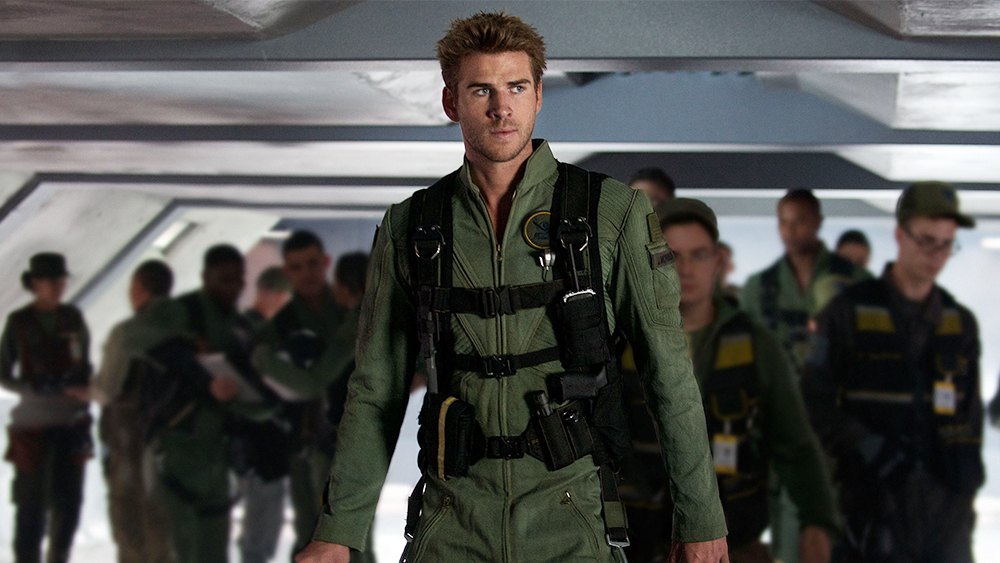 I will state right at the outset that this section is completely subjective to the possibility of a sequel happening in the first place. Among the many reasons cited out there as to why the second film failed, one of the principal ones that quickly gained momentum was the fact that Will Smith wasn’t there, having been written off from the role and killed off-screen, because he was deemed “too expensive” for the second film. Safe to say, since that door is closed now, there is little to no chance he would return, unless Disney finds some whacked out way to bring Steven Hiller back.

Since the sequel and the upcoming films were hinged on the new cast of ‘Resurgence’, it would be safe to assume that a majority of them would be willing to return if a third film happens including Liam Hemsworth as Jake Morrison, a pilot of the Earth Space Defense; Jeff Goldblum as David Levinson the director of the Earth Space Defense; Jessie Usher as Dylan Hiller; Maika Monroe as Patricia Whitmore; Bill Pullman as Thomas J. Whitmore, the former President of the United States; Sela Ward as Elizabeth Lanford the President of the United States; William Fichtner as Joshua T. Adams; Brent Spiner as Dr. Brackish Okun, the director of research at Area 51; Charlotte Gainsbourg as Dr. Catherine Marceaux; Travis Tope as Charlie Miller; Judd Hirsch as Julius Levinson; Patrick St. Esprit as Reese Tanner, the United States Secretary of Defense; Vivica A. Fox as Dr. Jasmine Dubrow-Hiller, Dylan’s mother; Angelababy as Rain Lao; Robert Loggia as General William Grey; Joey King as Sam Blackwell; Mckenna Grace as Daisy Blackwell; and Jenna Purdy as the voice of the Sphere.

Independence Day 3 Crew: Who Is Behind It? 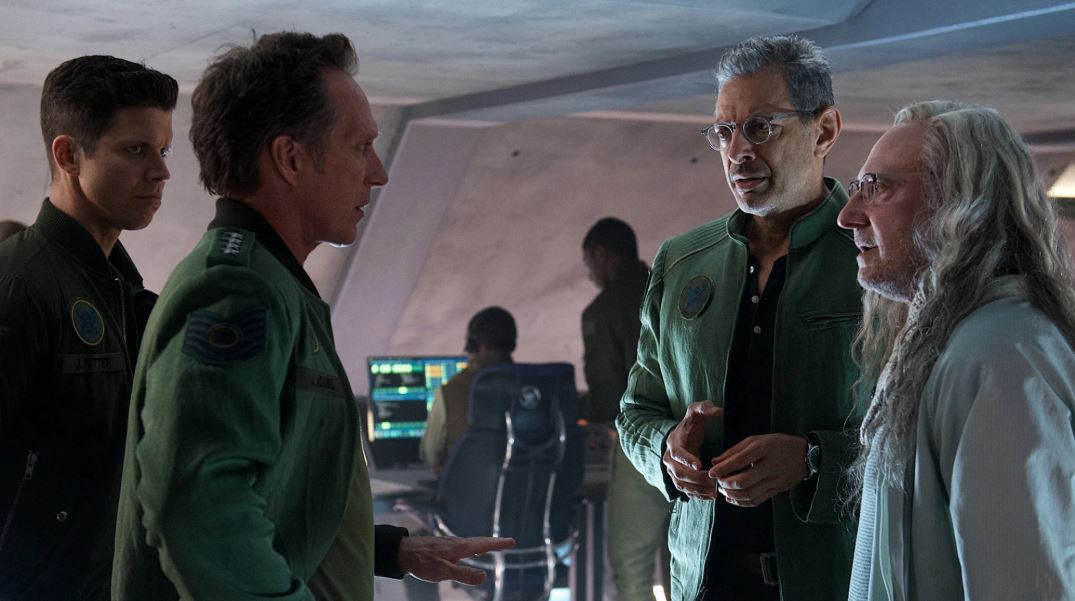 Roland Emmerich and Dean Devlin have been the creators of this franchise, and actively involved in all aspects of production for both films. With Devlin reportedly severing ties, Emmerich seems to be at the commanding helm of this ship. Since it’s all his vision, even the one we glimpsed at in ‘Resurgence’ for a proposed series of sequels, it is imperative to assume that he would be involved in a primary capacity if the third film materialises. Emmerich in particular, who is now the pioneer of the alien invasion/apocalypse genre of films, despite recent relatively bad receptions, may just be the straw Disney find worth holding on to when it comes to reviving this franchise.

Independence Day 3 Release Date: When Will It Premiere? 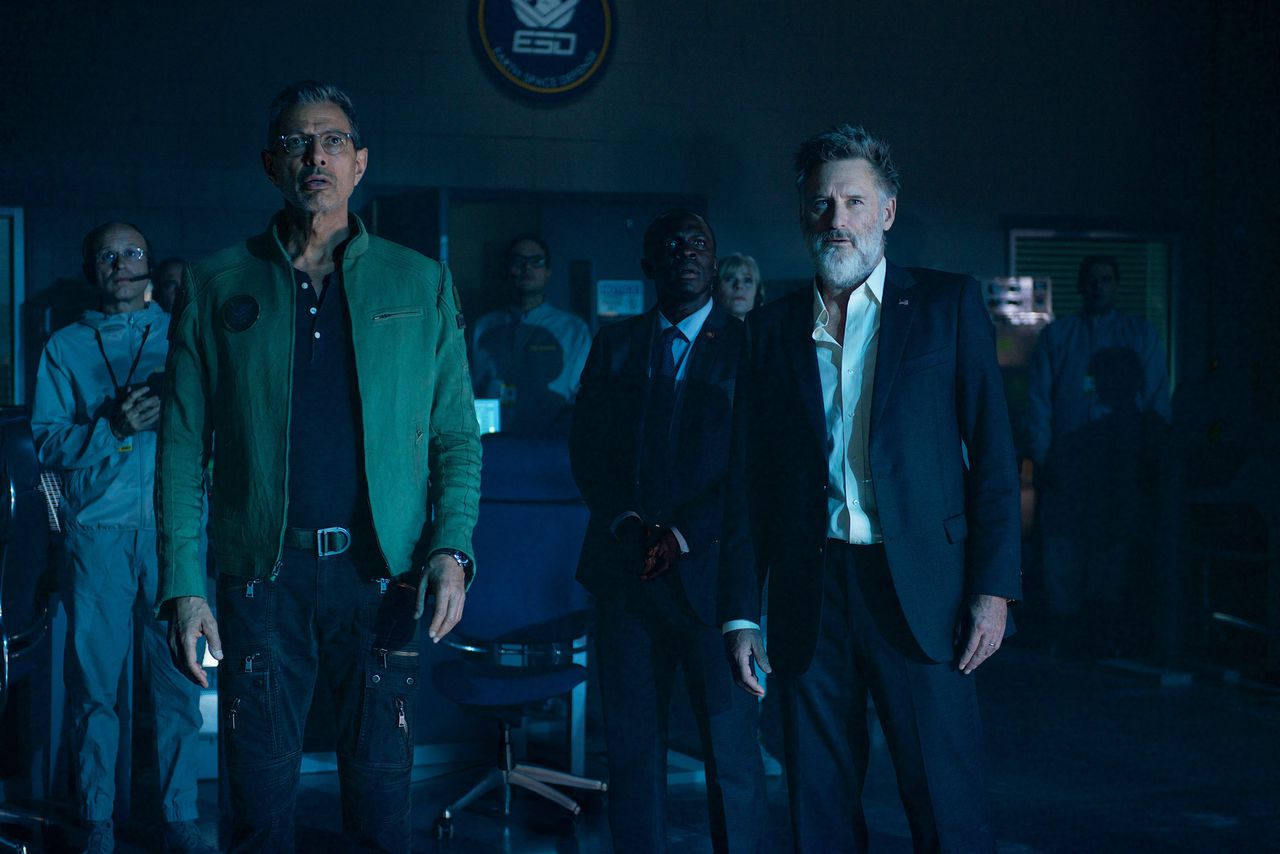 As I said, the chances of this happening are extremely slim, but on the off chance that Disney is able to pull off a miracle in reviving this franchise, and that they do actually start developing a sequel, whether or not based on Emmerich’s established direction and vision, I do not see it happening before 2023, given how Disney tends to prioritize its films, and given that they obviously would be more focused on their prime Fox property at the moment— the Avatar films, four sequels to which are already lined up over the next decade.