Indiana Jones 5: Everything We Know 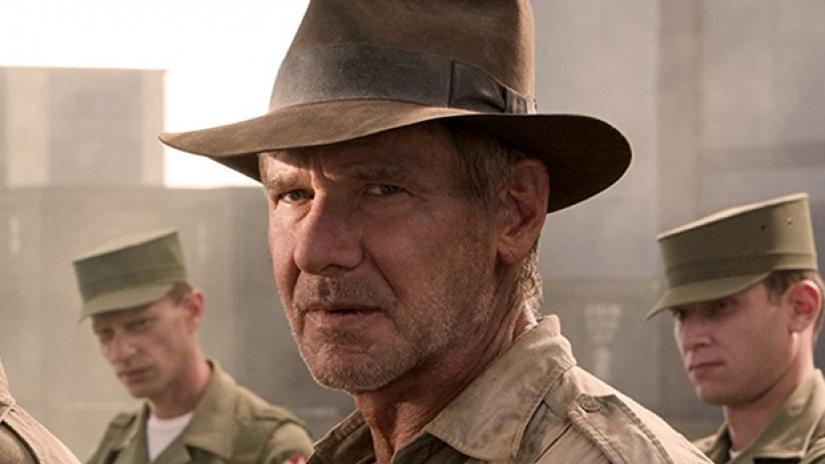 Borne from George Lucas and Steven Spielberg’s serendipitous encounter on vacation in Hawaii, the Indiana Jones franchise kicked off in 1981 with ‘Indiana Jones and the Raiders of the Lost Ark’ to overwhelming critical and audience acclaim. The film broke all sorts of box office records and even bagged a remarkable five Academy Awards, including Best Picture. Nowadays, the movie is considered a quintessential cinema classic, even earning a spot in the U.S. Library of Congress’ National Film Registry as a “culturally, historically or aesthetically significant” piece of cinema history.

The Indiana Jones franchise itself went on to cement its place in cinema legend with two fantastic sequels and a not so fantastic one a couple of decades later. Now, with a new Indiana Jones movie somewhere on the horizon, read to find out everything we know about ‘Indiana Jones 5’.

The story of ‘Indiana Jones and the Raiders of the Lost Ark’ follows the escapades of Dr. Henry Walton “Indiana” Jones, Jr., part-time professor of archaeology and full-time treasure hunting maverick. The film starts out in the year 1936 and our hero Indiana Jones is contracted by the US government to locate and recover the fabled Ark of the Covenant, a gold covered wooden chest concealing a great power within.

However, Indy is not the only one looking for the Ark; hot on his heels are the villainous Nazis, led by Indy’s arch-rival René Belloq. Together with his ramshackle band of allies, which include his former lover Marion Ravenwood (played by actress Karen Allen) and a shaggy Egyptian excavator named Sallah (played by actor John Rhys-Davies), Indy races against time and the Nazis in order to keep the Ark of the Covenant far from the clutches of those who seek to abuse its power.

The movie introduced cinemagoers to Indy’s new love interest, singer Willie Scott (played by actress Kate Capshaw) and the fan favorite sidekick Short Round (played by the then 12-year-old actor Jonathan Ke Quan). After escaping from some bloodthirsty Chinese gangsters in spectacular fashion, Indy and his friends crash land in a mysterious village in India.

While Willie is very impressed with the generous hospitality and opulence of her new hosts, Indy grows increasingly suspicious, particularly when he learns that the village’s children have all been kidnapped. As he investigates, Indy unravels an insidious occult conspiracy led by the severe Mola Ram (played by actor Amrish Puri) and seeks the holy Sanskara Stones in order to save the children from gruesome human sacrifice.

The final movie in the original Indiana Jones trilogy, ‘Indiana Jones and the Last Crusade’ hit theaters five years later in 1989. The movie starts out depicting Indy as a starry-eyed thirteen year old in the year 1912 in search of an antique trinket belonging to the Spanish Conquistador Francisco Vásquez de Coronado. The scene introduces us to Indy’s father Henry Jones, Sr. and also gives us some more insight into his childhood and motivations.

The film also features Indy’s friend and colleague Marcus Brody (played by actor Denholm Elliott) as the trio attempt locate the Holy Grail at the behest of a shadowy American businessman named Walter Donovan (played by actor Julian Glover) with some help from the alluring Dr. Elsa Schneider (played by actress Alison Doody).

Nearly two decades after the original trilogy wrapped up, Spielberg and Co. returned with ‘Indiana Jones and the Kingdom of the Crystal Skull’ in 2008. The movie is set in 1957 and follows a much more wizenly Indy whose peaceful life is disrupted by Soviet Union agents led by the impassive Irina Spalko (played by actress Cate Blanchett) and the reemergence of his estranged son Mutt Williams (played by actor Shia LaBeouf) and former flame Marion Ravenwood. Together, the dysfunctional family of three journey through the Amazon rainforest in order to uncover the secret of the alien crystal skull.

Indiana Jones 5 Plot: What Could it Be About?

Considering that the movie is yet to enter the production stage, very little is known about the plot of ‘Indiana Jones 5’. However, we do know that Harrison Ford will be reprising his role as the iconic whip wielding marauder and that the new movie will be a chronological continuation of 2008’s ‘Indiana Jones and the Kingdom of the Crystal Skull’, which was set in 1957.

It has been over a decade since the last entry in the franchise, which could mean that ‘Indiana Jones 5’ could very well be set sometime in the late 1960s to early 1970s. If you’re concerned about Disney’s recent trigger happy behavior when it comes to your childhood heroes (we miss you Han Solo), put your mind at ease as Steven Spielberg himself has confirmed that Indy will not die in ‘Indiana Jones 5’.

Of course, being an Indiana Jones movie, we can expect ‘Indiana Jones 5’ to feature an all new mystery for Indy to unravel, along with plenty of ancient tombs, crypts, secrets and bad guys who want to beat him to the prize.

Indiana Jones 5 Cast And Crew: Who Is Behind The Movie?

Although production has yet to begin, Steven Spielberg is very likely to direct ‘Indiana Jones 5’. Harrison Ford has confirmed that he will return as the titular Indiana Jones, along with five time Academy Award winning composer John Williams who will recreate his iconic score.

There is some speculation that actress Karen Allen will also reprise her role as Marion Ravenwood, along with John Rhys-Davies as Sallah. One character who won’t’ be returning is Shia LaBeouf’s Mutt Williams, as confirmed by screenwriter David Koepp.

The film has suffered from recurring script issues, initially hiring franchise veteran David Koepp to pen the script, only to replace him with ‘Solo: A Star Wars Story’ writer Lawrence Kasdan. Kasdan himself was apparently replaced by ‘This is Us’ creator Dan Fogelman, who now finds himself replaced by David Koepp once again. Needless to say, there is certainly some uncertainty surrounding the project as of now.

Indiana Jones 5 Release Date: When Will it Premiere?

‘Indiana Jones 5’ was initially slated for release in July 2019 but was delayed to July 2020. Now, the movie has been delayed once again, with a new release date set for July 9, 2021. Of course, there is always a possibility that the movie might incur more delays down the line. Shooting is expected to begin sometime in mid 2020, possibly as early as April.