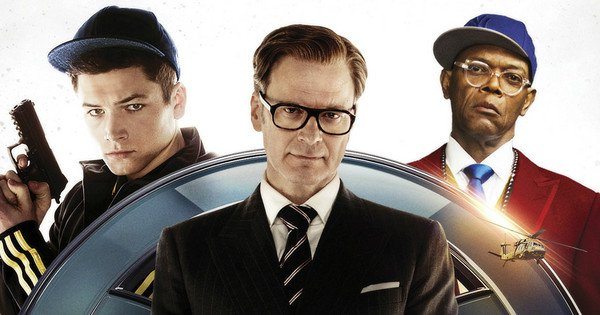 ‘Kingsman: The Secret Service‘ (2014) and ‘Kingsman: Golden Circle‘ (2017) both managed to earn a lot at the box office and thus the makers have decided that they shall be coming out with another Kingsman movie and expand the franchise. Matthew Vaughn, the director and co-producer of both films will now be releasing a movie that shall work as the prequel to the first movie of the franchise. And reports state that as soon as he is done with the first movie, he shall begin working on the second movie, which will be the continuation of the story after the events from the second movie. The Kingsman series has been adapted from the Marvel comic books of the same name.

The story of this prequel is set to date back to the years when ‘Kingsman’ was first formed. It was said that the department was formed by the wealth of Britain’s richest folks who had lost their children to the war. This movie can focus on the first batch of agents that Kingsman produced and how the tailor’s shop became their hideout in due time. Karl Gajdusek is writing the screenplay for this film. He has earlier written films like ‘Oblivion’ (2013).

Kingsman: The Great Game Cast: Who is in it?

As this movie will be a prequel to the entire series, it does not seem possible that Colin Firth, Taron Egerton, Mark Strong, and others will be reprising their roles from the two previous movies. However, the cast of this new film has been revealed as well and it consists of major British talents. Harry Dickinson will be playing the part of the protagonist named Conrad. Conrad’s character will be of a “cocky yet charming young hero who’s eager to serve his country and fight in World War I.” Conrad’s character being of a younger person, it can be presumed that the story shall be similar to that of the previous movie-of a young boy being mentored into the ways of life as an undercover agent by a senior, more experienced officer.

Another strong performer, Ralph Fiennes, has joined the cast and he will be playing the role of the experienced teacher to the character of Conrad. Aaron Taylor-Johnson, Gemma Arterton, and Rhys Ifans will be joining the cat along with Matthew Goode, Charles Dance, Stanley Tucci, Daniel Bruhl, Tom Hollander, Robert Aramayo, and Djimon Hounsou.

Kingsman: The Great Game Plot: What is it about?

According to the details that have been revealed by the makers, this movie will not be a continuation of the Eggsy-Hart partnership and their exploits. This story will be concentrating on how the secret service called Kingsman came to exist in the first place. The spy-thriller concept that the first two movies worked on does not seem to be the way director Matthew Vaughn is heading towards, as he wants to make this movie more of a period drama. Reports have also surfaced suggesting that the origin of the name ‘Kingsman’, and the man who went on to become the ‘Kingsman’ will be subjects of the prequel.

It must be admitted that it is really brave on Vaughn’s part to try and bring a new flavor to the genre of the series. Usually, with franchise and big-budget movies such as this one, the makers wish to stick to their tried and tested formulae which got them the success in the first place. Here it must be mentioned that beside the prequel, work has also begun on a story continuing the plot after the events of ‘Kingsman: The Golden Circle’. Moreover, another movie called ‘Stateman’ on the American counterpart of the agency is also in the work. It seems like the producers have a huge ambition as far as the franchise is concerned and want to take it to a level where it can compete against franchises like ‘Jumanji’ or ‘The Conjuring’. One thing that fans would want to see in the franchise is the stylistically choreographed and shot action sequences which have become a hallmark as far as the ‘Kingsman’ movies are concerned.

The trailer of the new Kingsman movie has not been released yet. But just to recap your senses regarding the series, feast you eyes on the trailer of the second movie, ‘Kingsman: The Golden Circle’: