Will There be a Mamma Mia 3? 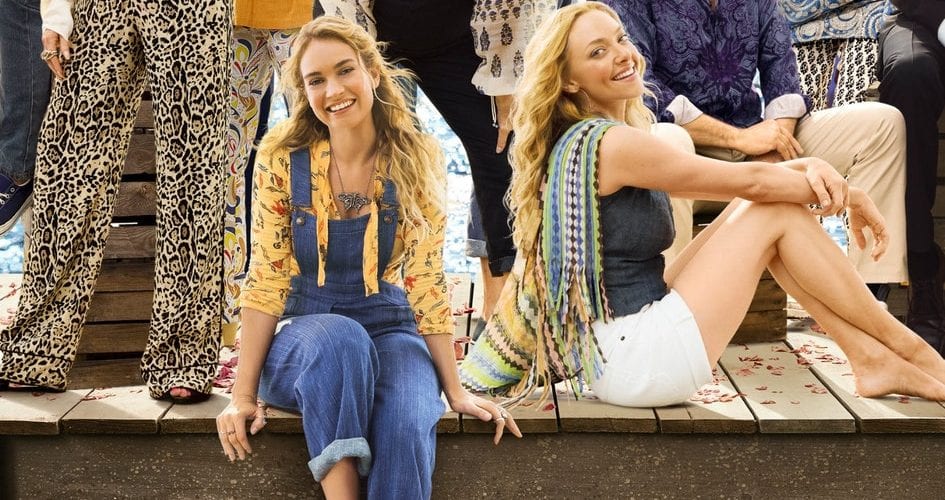 What do you get when you mix ABBA’s music with a light plot that enjoys having fun in the sun? You get ‘Mamma Mia!‘, the film which is based on the West End/Broadway musical of the same name. The 2008 movie focuses on a young woman who is about to get married. She discovers that her mother had affairs with three men, any of whom could be her father. Unbeknownst to her mother, the woman invites the trio to her wedding. Upon release, ‘Mamma Mia!’ was a success, prompting a second movie, ‘Mamma Mia! Here We Go Again’.

The 2018 jukebox musical romantic comedy is in some ways both a sequel and a prequel to the previous movie. The events are set after the wedding in the first film, but flashbacks depict events way before the wedding, as we see the woman’s mother’s three affairs and are left guessing as to who the father could actually be. Upon release, the movie was a commercial and critical success. While critics praised the performances and musical numbers, ‘Mamma Mia! Here We Go Again’ performed well at the box office, bringing in $395 million worldwide, against a budget of $75 million.

Since stars and fans have all expressed their interest in another sequel, we are here to bring you everything we know about ‘Mamma Mia! 3’.

Mamma Mia 3 Plot: What Can It Be About?

The driving point of the plot of the ‘Mamma Mia!’ franchise is Sophie’s search for who her father might actually be, among three potential candidates. While the first movie was about getting acquainted with them, the second movie shows us the mother’s affairs, giving us more insight into who the father could possibly be. However, in the absence of a clear answer, we can only guess, and this is perhaps something that can be addressed in the upcoming film.

ABBA legend Björn Ulvaeus has made his opinion on the plot of ‘Mamma Mia! 3’ known. He expressed how he did not expect a second film to be made and went on to say that they were open to ideas. If someone comes up with a plot for ‘Mamma Mia! 3’, it would be considered. It is only fair for us to throw the hat in the ring and suggest that Sophie might want to know who her real dad is, finally. This would be a major revelation and could form the crux of the movie. In fact, Lily James has joked about the same, saying that the upcoming sequel could be titled ‘Mamma Mia! The DNA Test’, where viewers get to know who Sophie’s dad is.

Since ‘Mamma Mia! Here We Go Again’ ends with Sophie becoming a mother and rebuilding her relationship with her grandmother, there is a good chance that ‘Mamma Mia! 3’ could be an exploration of Sophie’s motherhood, as she looks to her grandmother for advice, now that her mother, Donna, has passed away.

Lastly, the plot of ‘Mamma Mia! 3’ could decide to go in an entirely new way and follow a host of new characters while retaining the brand itself. All it needs to do is maintain a light outlook. However, the last possibility seems unlikely, though we have to wait and see for sure what direction the sequel to ‘Mamma Mia! Here We Go Again’ takes.

The ‘Mamma Mia!’ franchise boasts of an incredibly talented cast and a lot of them have expressed their interest to return to ‘Mamma Mia! 3’, if and when it happens. Amanda Seyfried, who plays Sophie, was initially averse to a ‘Mamma Mia!’ sequel, after the first movie, but the actress has changed her stance since then and given a definite yes when asked if she would consider reprising her role in the sequel.

It is likely that Meryl Streep and Lily James might not return in the roles of Donna, Sophie’s mother, and Donna when she was young since the character is shown to be dead at the start of ‘Mamma Mia! Here We Go Again’. However, the former could appear as a spirit, as she does at the end of the second movie. That being said, Christine Baranski and Julie Walters are more than likely to be reprising their roles as Tanya Chesham-Leigh and Rosie Mulligan, Donna’s best friends.

This brings us to Donna’s three possible fathers, Sam, Harry, and Bill. They are played by Pierce Brosnan, Colin Firth, and Stellan Skarsgård respectively. Brosnan has already expressed an interest in returning for ‘Mamma Mia! 3’, but has urged that the movie should not take as long to make as ‘Mamma Mia! Here We Go Again’ since the actors are getting old. Stellan, for his part, has unequivocally said that he would not even have to read the script for ‘Mamma Mia! 3’. He would simply go if called. However, the actor has a grim outlook on his character’s future, saying he just might appear in an urn. Here’s hoping that he is wrong.

Mamma Mia 3 Crew: Who Can Be Behind It?

‘Mamma Mia! 3’ is likely to have some of the old crew coming back, while new crew members are sure to be signing on as well. Both the ‘Mamma Mia!’ movies have had different directors, which leads us to believe that someone new will be helming the third movie as well when it arrives. That being said, Judy Craymer and Gary Goetzman have been the producers of both the films and will be producing the third movie as well. Craymer noted that fans on social media wanted the franchise to become like ‘Fast and Furious‘, and added that ‘Mamma Mia!’ could also keep going on as a franchise.

Catherine Johnson is also likely to be back as the scriptwriter, but will probably be joined by others, as is the case in ‘Mamma Mia! Here We Go Again’.

Mamma Mia 3 Release Date: When Can It Premiere?

‘Mamma Mia!’ and ‘Mamma Mia! Here We Go Again’ has ten years between them, having come out in 2008 and 2018 respectively. As we stated, Brosnan has already urged that the third film should not take so long to come out. That being said, it will still be at least 2021 or 2022 till we see ‘Mamma Mia! 3’ if it gets greenlit soon.

‘Mamma Mia! 3’ does not have a trailer yet, but you can check out the trailer for ‘Mamma Mia! Here We Go Again’.