Pacific Rim 3: Everything We Know 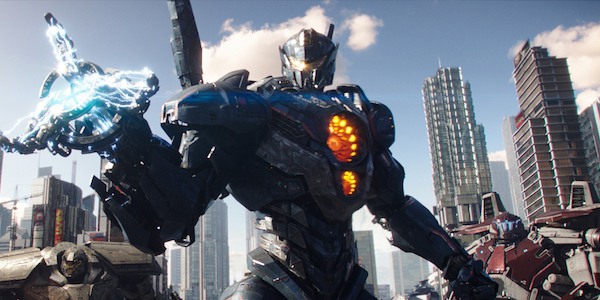 When ‘Pacific Rim’ released in 2013, it seemed to tickle us mortals’ never-ending primal urge to be awed by big spectacles. It catered to the same domain as to what the ‘Transformers‘ franchise has been doing for years. But unlike the aforementioned franchise, ‘Pacific Rim’ seemed to combine brawn with the brain. It is proud of its ridiculousness and unabashedly flourishes on an enormous scale. In a way, Pacific Rim did what many modern-day Transformers and Godzilla adaptations couldn’t do with their giant characters.

A huge part of the movie’s success goes to its visionary director, Guillermo del Toro. It just goes to show how even a theme as ridiculous as giant robots fighting giant monsters in order to save the Earth can be fully entertaining and satisfying under capable hands. After ‘Pacific Rim’s resounding success, the second movie came out in 2018. Even though it didn’t exactly replicate both the critical and commercial success of the predecessor, it still wasn’t a major flop anyway. It suffered the loss of major cast members of the first one and changing hands in the direction also didn’t help either.

What Happened in Pacific Rim?

‘Pacific Rim’ tells the story of kaiju battles in epic proportions. But it’s not just a mindless action flick. At its heart ‘Pacific Rim’ contains relatable characters with tangible emotional crisis. The movie imagines a world where a breach beneath the Pacific Ocean acts as a gateway to Earth for extraterrestrial beings, the Kaijus. To save Earth, humans create massive Jaegers. But more often than not, Kaijus get better of the robots. These huge robots are controlled by two pilots who are connected by a neutral link.

Charlie Hunnam plays a washed-up Raleigh Becket, an ex Jaeger pilot who lost his fellow pilot and his brother Yancy in a Kaiju battle. He is fighting with his demons when he’s forced out of retirement as Kaiju threats are becoming unbearable. Idris Elba plays Marshal Stacker Pentecost, the commander of Jaeger base and Rinko Kikuchi plays Mako Mori, Stacker’s adopted daughter. Mako and Raleigh form instant compatibility as pilots but Stacker’s personal secret stops Mako from operating a Jaeger initially.

On the other hand, scientist duo Dr. Newt Geiszler (Charlie Day) and Dr. Hermann Gottlieb (Burn Gorman) discovers the secret of Kaijus. Kaijus are genetically modified creatures used by extraterrestrial beings to dominate Earth and destroy life force on Earth. All the Kaijus are linked mentally so as all of them become aware of Newton’s progress. More Category VI and V Kaijus appear as Raleigh and Mako are forced to team up in legendary but old Gypsy Danger as humanity’s last hope.

‘Pacific Rim’ was a lot of fun. But in a weird way, it also made you invested in the story; which normally doesn’t happen in ridiculous monster fights robots movies. The success of the movie translated into the huge expectations for ‘Pacific Rim: Uprising’. The sequel differed from the first two major aspects and that made all the difference. Firstly, del Toro wasn’t the one on the director’s chair anymore, instead, he was a producer. Steven S. DeKnight (‘Daredevil’, ‘Spartacus’) was a great addition but he was no del Toro.

However, the biggest blow was the absence of the Hunnam’s Raleigh. Still, the story attempts to be bigger and bolder than the first one. We have John Boyega’s Jake Pentecost, who’s the son of late Stacker Pentecost, Scott Eastwood’s Nathan Lambert, Jake’s estranged co-pilot. Charlie Day and Burn Gorman also return in their respective roles. The movie is an elaborate plot for the Precursors to infiltrate and dominate Earth again. Day’s Dr. Newton is completely under the control of Precursors as his link with Kaiju brain in the first movie seems to have permanent and far-reaching consequences. Jake soon realizes the ambush of Newton but before the breach is closed again, three Kaijus have surfaced on Earth again. Together, all the pilots control three mighty Jaegers as the stakes become too high. Kaijus combine into a mega Kaiju and the battle with the lone surviving Jaeger becomes intense.

The movie wasn’t quite a disappointment but it traded almost on similar grounds just as the first one but on a much larger scale. It was still wildly fun, the VFX action sequences and technological marvels were extraordinary and the performances of the leads were also satisfactory. The ending of the movie, however, sets up some more interesting things for the future.

Pacific Rim 3 Plot: What Will it be About? 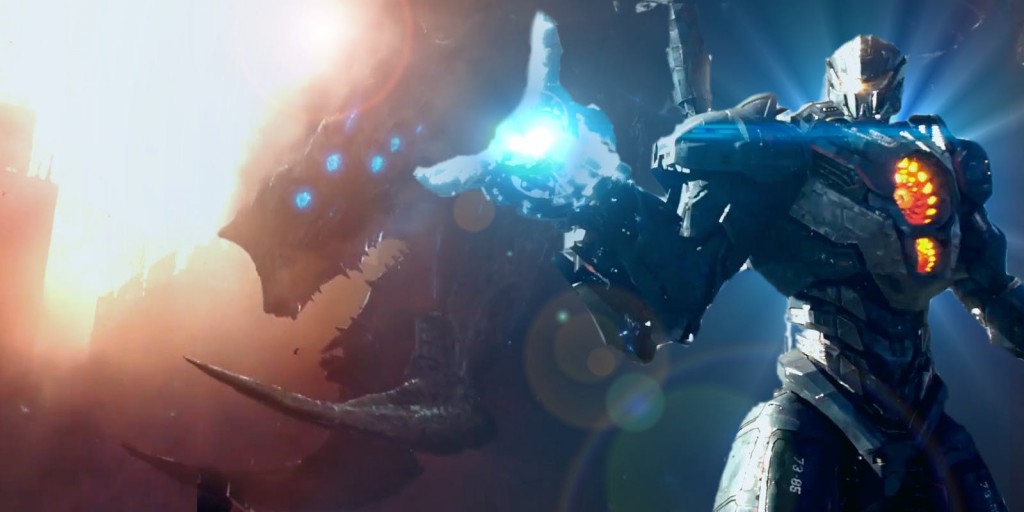 As I just said, the ending of ‘Uprising’ excites me the most. After Newton is captured he warns that Precursors won’t stop and that more threats are coming. Jake ends the movie by saying that this time, humans will take the fight to them. In literal English, Precursors themselves will have to face humans and their Jaegers as the third movie will see them traveling through the breach.

The intention to take the battle to the world of Precursors can have multiple interesting repercussions. In the dominant enemy land, the pilots and Jaegers will be in a survival mode. In a way, it can bring a lot of memories of the ‘Alien’ franchise and in a good way. The tense narrative, the survivalist instincts, the madness of the overwhelming aliens can be a few things that can affect the psychological equilibrium of the human characters. Finally, we don’t want to rule out Hunnam’s Raleigh for a third movie. So inclusion as a veteran can be something to look forward to.

Jake Pentecost will be at the forefront of the fight against the Precursors. So John Boyega will definitely return. Mako Mori’s death in the second movie was a devastating moment but the makers have shown interest in continuing Mako’s story. So if Mako is not actually dead or if they can somehow bring her back, then Rinko Kikuchi can make a comeback too. We are really hoping for Hunnam to return too. Charlie Day will obviously be there and so will be Gorman.

Pacific Rim 3 Release Date: When Will it Premiere?

The first two movies have a gap of 5 years between them. So even if the next one doesn’t follow the same formula, 2020 still seems way too early for the movie. After the less than stellar performance of ‘Uprising’, makers will want to trade cautiously and definitely won’t hurry things up. The third one has a rich story to tell, that too in a more expansive capacity. So we expect Pacific Rim 3 to release in 2021 or in 2022. However, there hasn’t been any official confirmation from the people involved yet.

Read More in Preview: Will There be Another Planet of the Apes Movie?