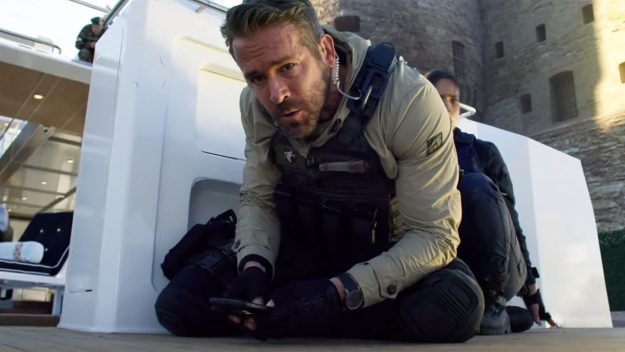 Ryan Reynolds had quit acting once out of desperation. A chance encounter with actor Chris William Martin changed his destiny forever. Seeing Reynolds in a wretched state, Martin took him to LA and the two aspiring actors started chasing their dreams. In 1998, Reynolds landed the role of Berg in ‘Two Guys, a Girl, and a Pizza Place.’ Though the sitcom was a moderate success, Reynolds managed to get more roles. He gathered momentum with popular comedies both in movies and TV.

In the second stage of his career, Reynolds shifted his focus to dramatic roles with projects like ‘Buried,’ ‘Woman in Gold,’ and ‘Life.’ In the third leg, he picked up action flicks like ‘Blade: Trinity,’ ‘Green Lantern’ and ‘Safe House.’ His experiments with several genres culminated in the 2016 movie ‘Deadpool,’ and the rest is history. At this point, the question that might be circling your mind is what is the next Ryan Reynolds movie or TV show? Well, the good news is that we have a clear answer to that question. Here’s the list of upcoming Ryan Reynolds projects scheduled to release in the near future. We can only hope that the new Ryan Reynolds performances would be as good as some of his recent ones. 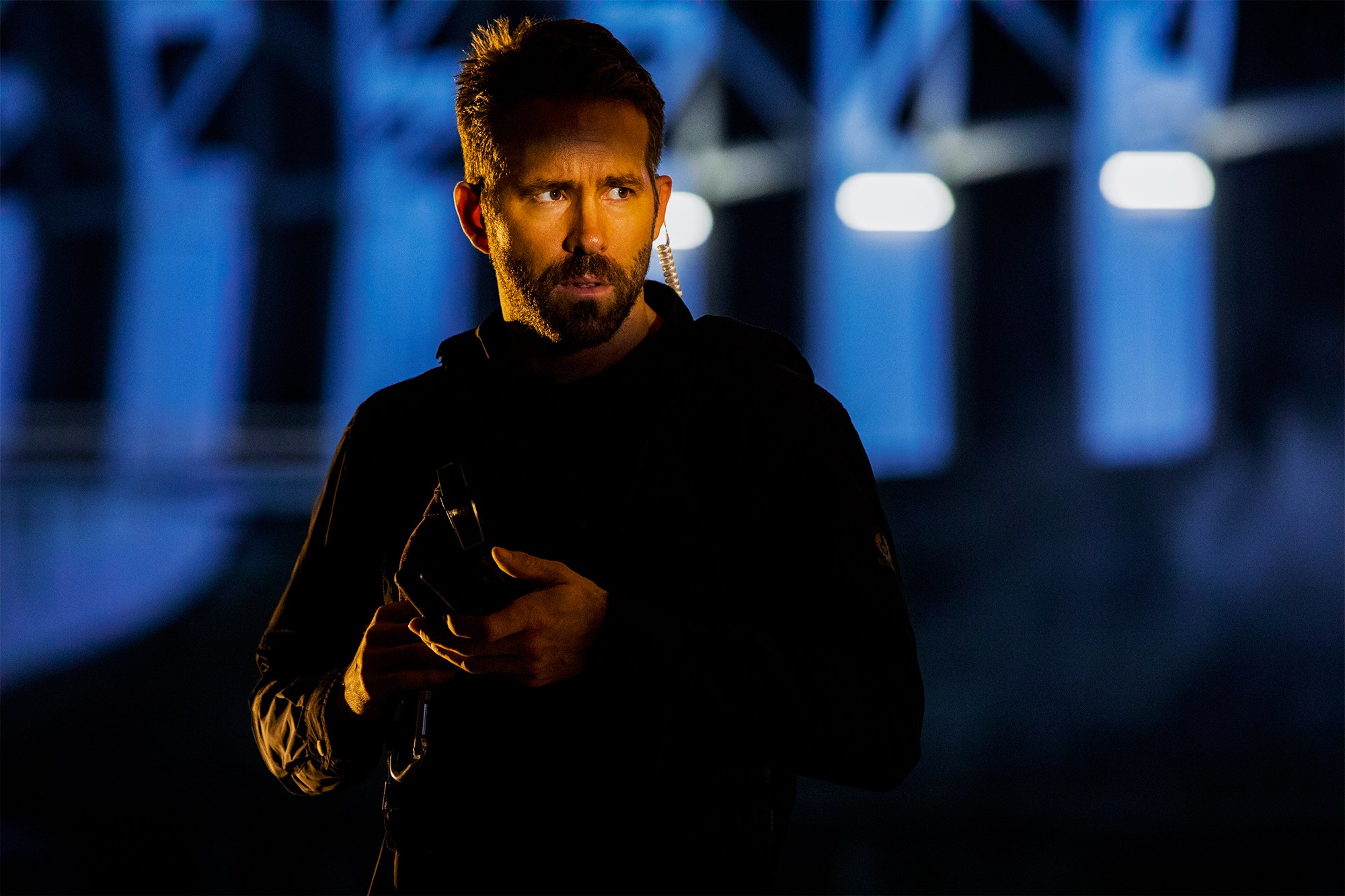 Though the plot details are kept under tight wraps, reports suggest that the movie follows 6 billionaires who fake their death to form a covert vigilante squad to fight the evil. “Making this movie was an experience I will never forget”, Reynolds told Variety after wrapping up the movie in December 2018. ‘6 Underground,’ is slated to release on Netflix on December 13, 2019. 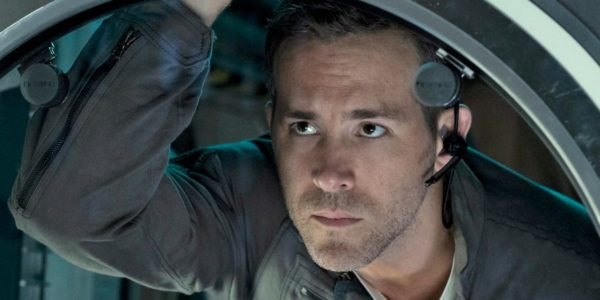 Ryan Reynolds joins hands with Shawn Levy for the sci-fi action-comedy flick ‘Free Guy’. The movie is directed by Shawn Levy from a script by Matt Lieberman. The plot revolves around the protagonist who realizes one day that he is living inside a video game. And it means his existence is at the mercy of the makers of the game.

Reynolds plays the central character of Guy, a bank teller who learns he is trapped in a video game. Guy teams up with a cute avatar within the game to prevent the creators from shutting down their world. Written by Matt Lieberman, the movie also stars Jodie Comer, Joe Keery, Lil Rel Howery, and Taika Waititi. ‘Free Guy’ hits theaters on July 3, 2020. 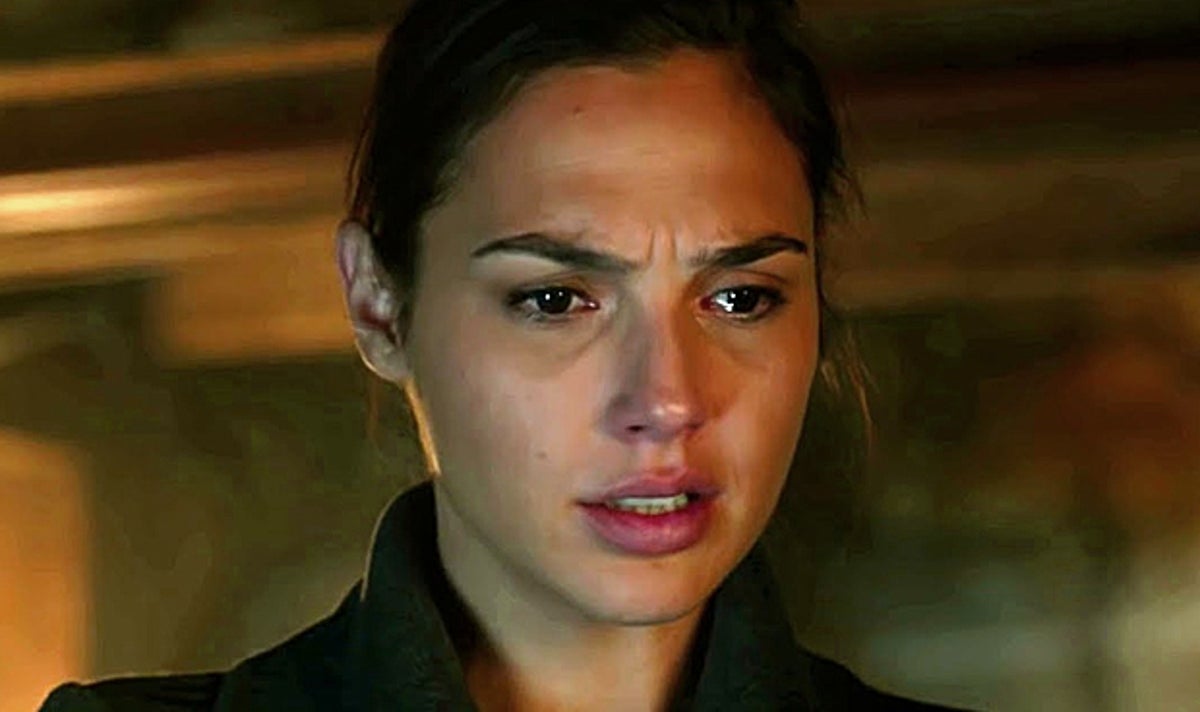 Rawson Marshall Thurber is the director and writer behind what could be one of the most action-packed movies of 2020. Titled ‘Red Notice’, there is an immediate sense of urgency conveyed in the movie’s title and the hints of a race against time. ‘Red Notice’ includes stars like Dwayne Johnson and Gal Gadot apart from Reynolds himself.

The three make a pretty exciting pair and have a lot to offer by way of chemistry, action, as well as humor. The premise is basically about an Interpol agent who tracks down the most wanted art thief in the world. As we know in these cases, the chase itself gives way to more of the story, where the sides of the law begin to get blurred and loyalties start to sway.

With a stellar cast, we can be sure that the performances will be excellent, which is what movies like these rely on. Netflix has acquired the movie and an executive said, “Rawson wrote a spectacular globetrotting action-adventure film. We can’t wait to bring this story and this Dream Team of movie stars, Dwayne, Ryan, and Gal, to audiences around the world.” ‘Red Notice’ is slated to release on November 13, 2020. 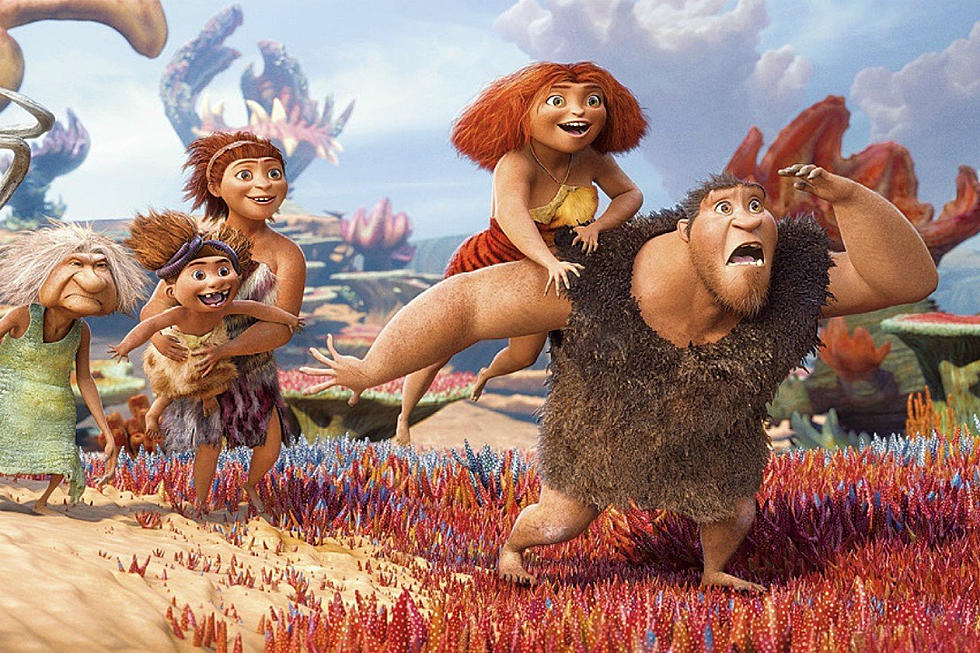 Guy lost all his family members in a tragedy and his only friend is the pet sloth, Belt. He is the second most powerful person in the order of the Croods. The movie revolves around the Croods, who are facing the biggest threat after they left behind the cave in the form of another powerful family. ‘The Croods 2’ hits theaters on December 23, 2020. 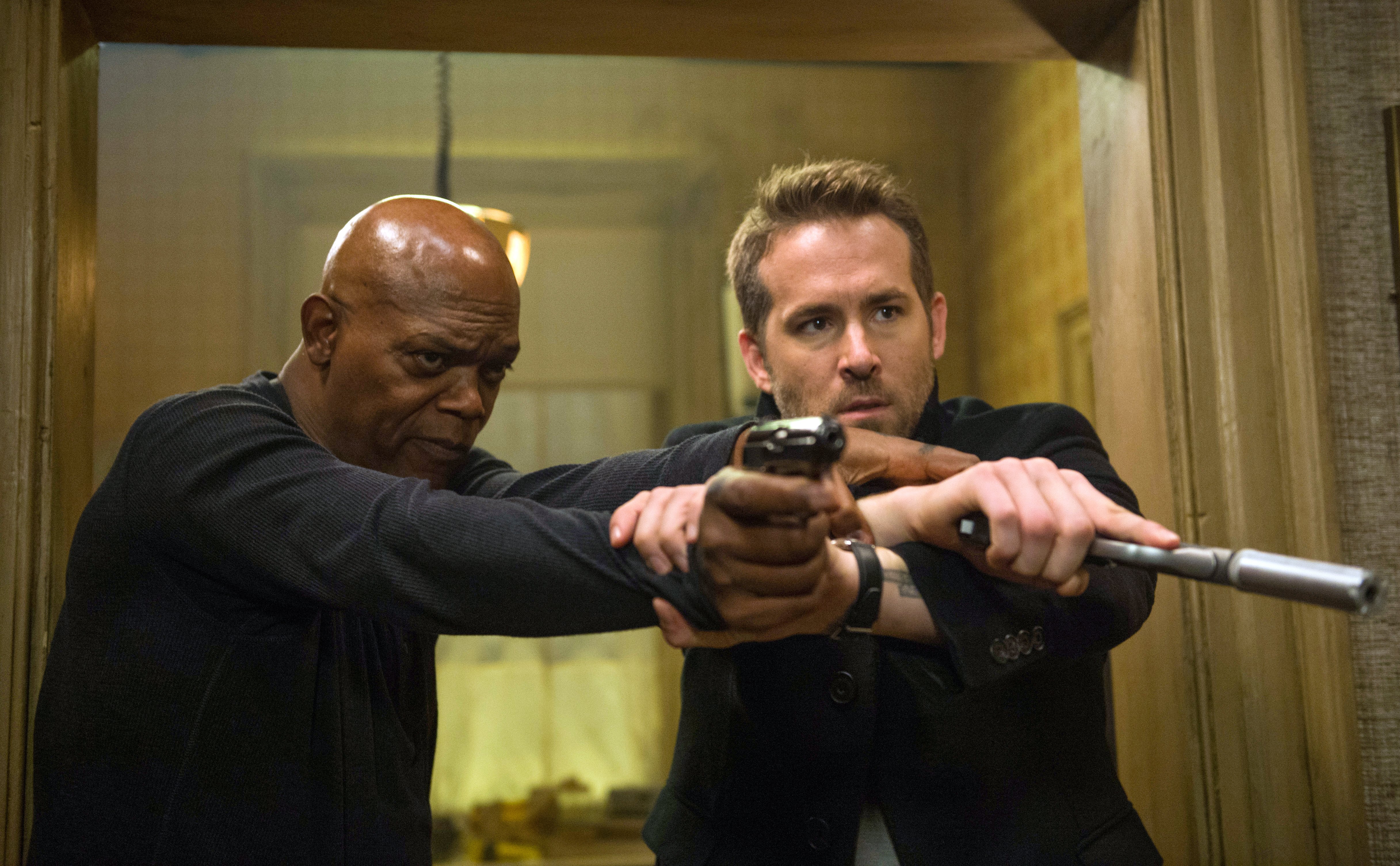 ‘The Hitman’s Wife’s Bodyguard‘ is a sequel of the 2017 movie ‘The Hitman’s Bodyguard.’ Ryan Reynolds and Samuel L. Jackson return for more action in the second installment along with Salma Hayek. Directed by Patrick Hughes, the first movie was an action-comedy that follows a high-profile bodyguard of underworld celebrities. Reynolds plays the role of the bodyguard, while Samuel L. Jackson plays the hitman and Salma Hayek his wife. The bodyguard finds himself entangled in a dangerous plot involving the hitman.

When an Interpol agent, played by Frank Grillo, joins the bodyguard, the hitman, and the wife, the foursome brace up for the final battle to prevent a deadly cyber-attack. Patrick Hughes, who helmed the first movie, is expected to direct the sequel from a script by Tom O’Connor. ‘The Hitman’s Wife’s Bodyguard’ hits theaters in 2020. 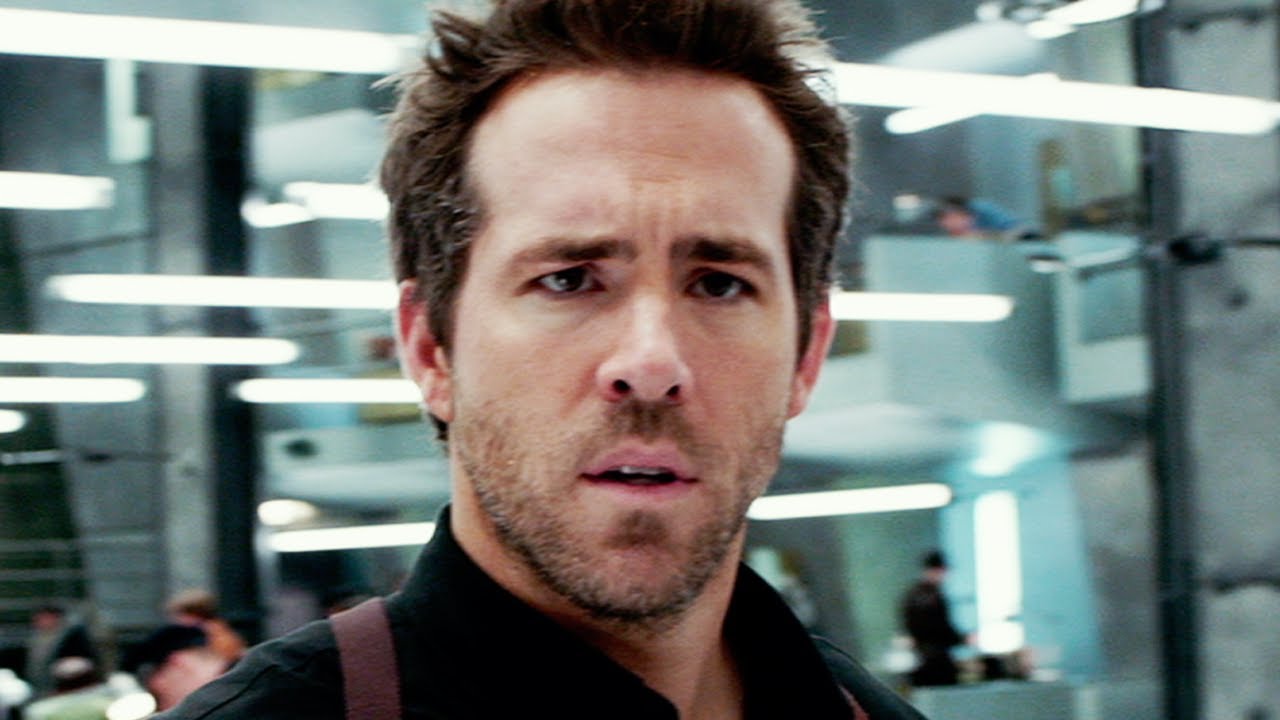 ‘A Christmas Carol ‘ is an upcoming musical, and the story must be familiar to everyone. It is based on the popular account which upholds the spirit of Christmas cheer, with all its possibility of redemption.

The premise obviously follows Scrooge, who is a miser. However, he is visited by a series of ghosts as the apparitions bring about a change in the man’s outlook and lifestyle. It is one of the most popular Christmas miracle tales, as far as human transformations go. The story itself is a part of popular culture, and the upcoming musical will add a contemporary dash to it, from what we can understand.

Ryan Reynolds is part of the cast that will bring Charles Dickens’ story to life. There have been several adaptations of the story, so it remains to be seen how the upcoming version stands out. However, we are sure that Reynolds will do his part to make his performance memorable.

Disney’s acquisition of Fox hit the ‘Deadpool’ spin-off ‘X-Force’ straight in the heart. Zazie Beetz’s Domino and Ryan Reynolds’ Wade Wilson team up again for this next adventure. Drew Goddard is also attached to the project as director. But creator Rob Liefeld took to Twitter that the project is a victim of the Disney-Fox merger, though Reynolds’ wholehearted welcome message to Disney indicates that the actor is ready to return with ‘X-Force.’

All the fans have is a promise of Walt Disney Chairman Bob Iger. He told Variety that Disney will keep making the adult-oriented ‘Deadpool’ movies in the future. However, the fate of ‘X-Force’ is still uncertain. 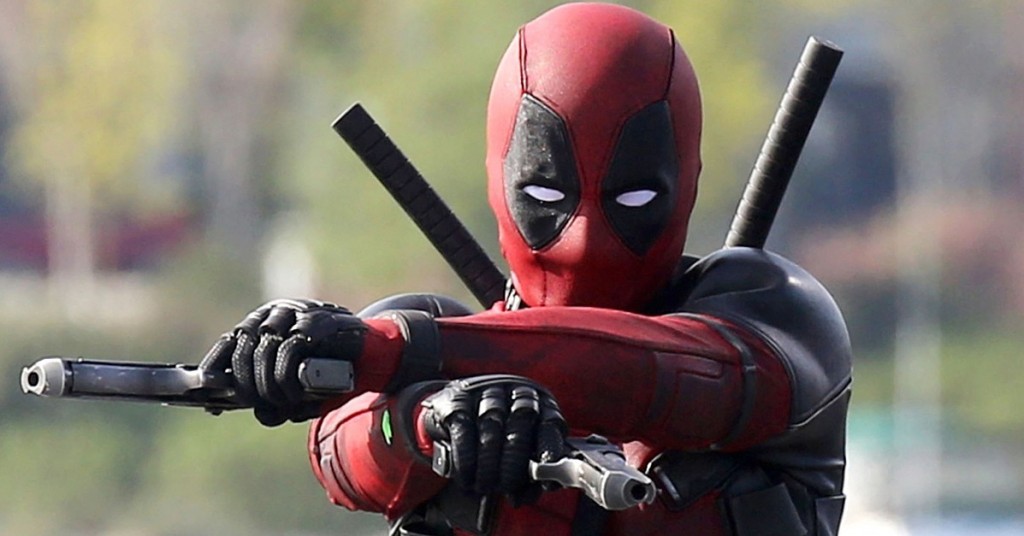 ‘Deadpool’ fans are anxious about Wade Wilson’s future under the reign of Disney. But it is almost confirmed that there will be a third installment for Ryan Reynolds’ iconic ‘Deadpool’ franchise. Reynolds has confirmed in January that ‘Deadpool 3’ is on. But the actor didn’t slip anything more than saying, “looking to go in a completely different direction” in the third installment.

‘Deadpool’ creator Rob Liefeld has also confirmed the third installment is on its way. Rhett Reese and Paul Wernick also return as writers for the third movie. Though uncertainty still looms over the project, it’s just a matter of when. 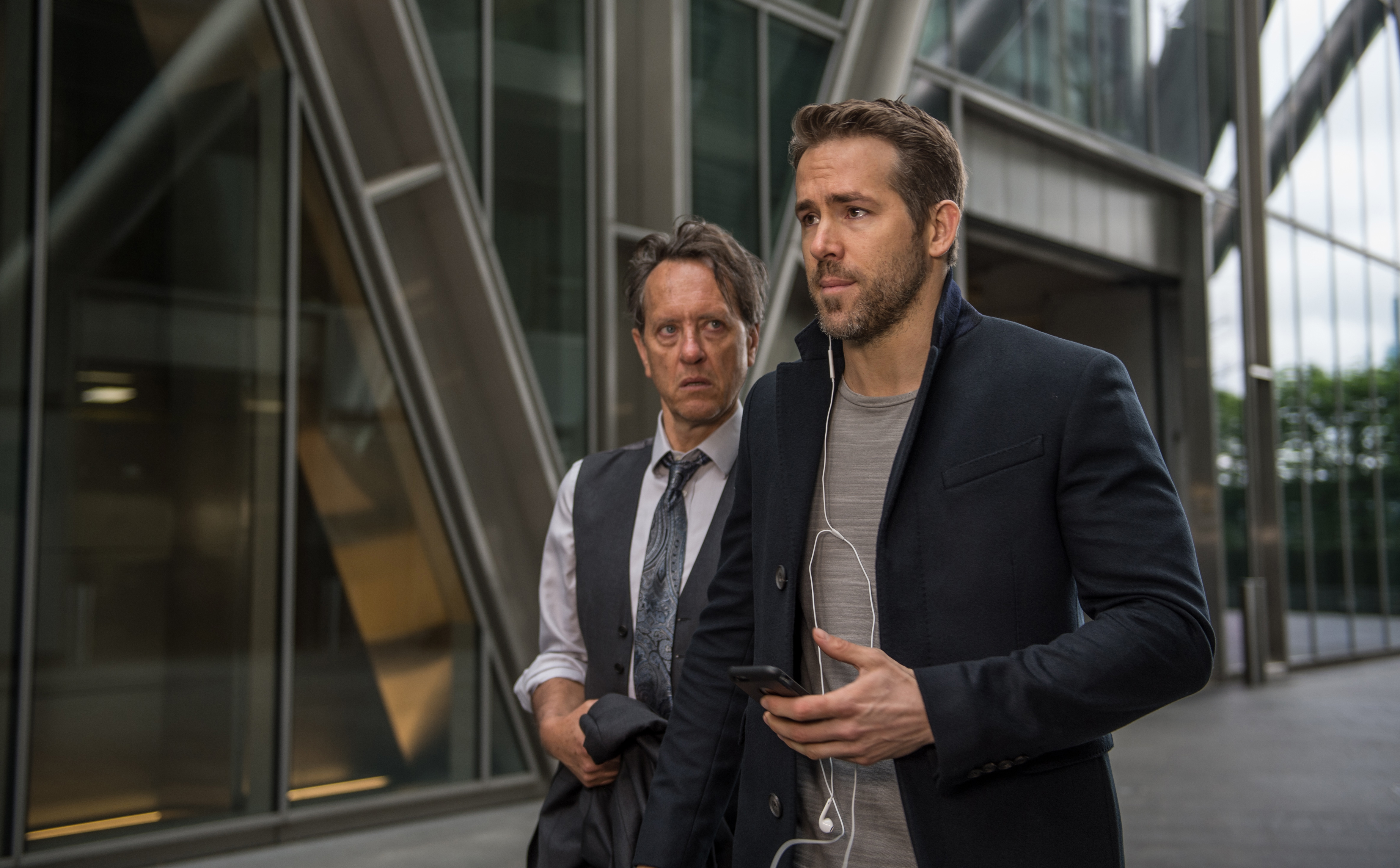 ‘Clue’ is a crime drama based on the board game of the same name. Reynolds reunites with his ‘Deadpool’ writers Rhett Reese and Paul Wernick for the crime drama. The movie is a part of a three-year first-look deal Reynolds inked with Fox.

The game, which was first introduced in 1949, follows a contest to find who among the six suspects killed the victim. The winner has to find the exact location and the weapon used in the crime. Each player assumes the role of a suspect and competes to find the real culprit. More details of the project haven’t been revealed yet. 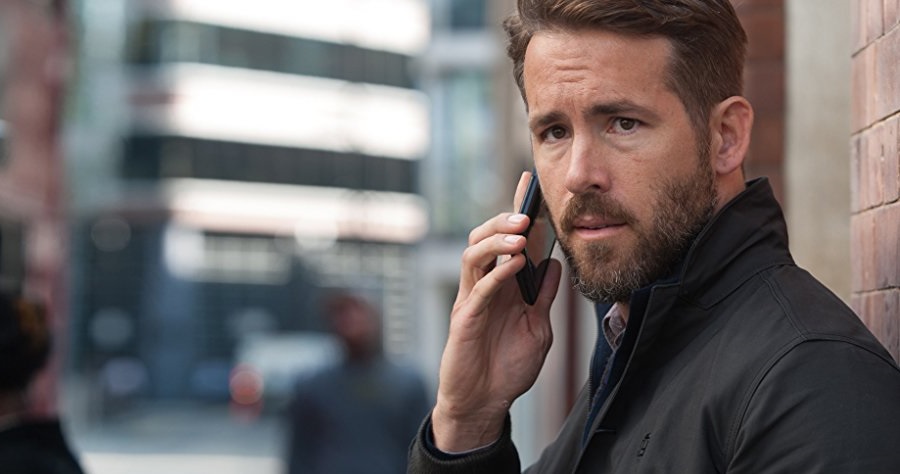 Ryan Reynolds produces the original family game show ‘Don’t’ for ABC. Described as a comedic physical game show, ‘Don’t’ features four families taking on various challenges. Each episode follows one family and with a certain rule for them — Don’t’ do a particular action or thing.

For example, the contestants might be told “don’t laugh’ or “don’t scream.” The family which fails to perform the challenge successfully will be eliminated. Reynolds executive produces ‘Don’t’ along with Banijay Studios North America president and CEO David Goldberg, Caroline Baumgard and Maximum Effort’s George Dewey. ABC is yet to announce a release date for the show. 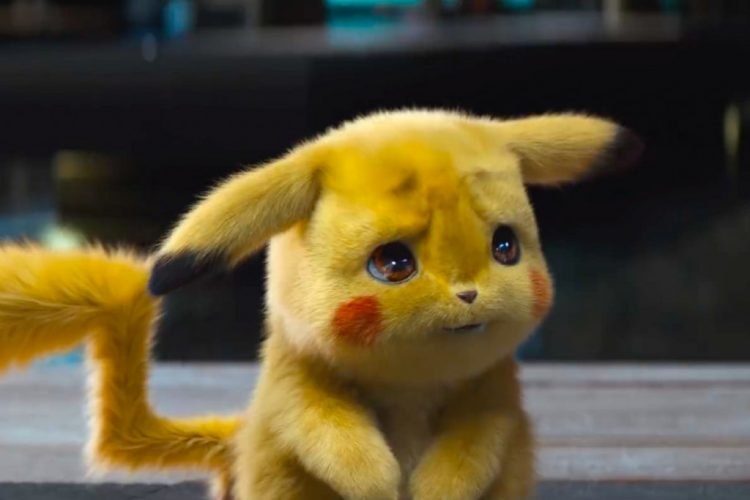 Ryan Reynolds voices the iconic Pikachu in the action-comedy movie, ‘Pokémon Detective Pikachu.’ The movie revolves around a son’s search for his missing father. He is helped by detective Pikachu. When Pikachu learns that it can communicate with the young man Tim Goodman, played Justice Smith, they team up to find Goodman’s father who disappeared under mysterious circumstances. 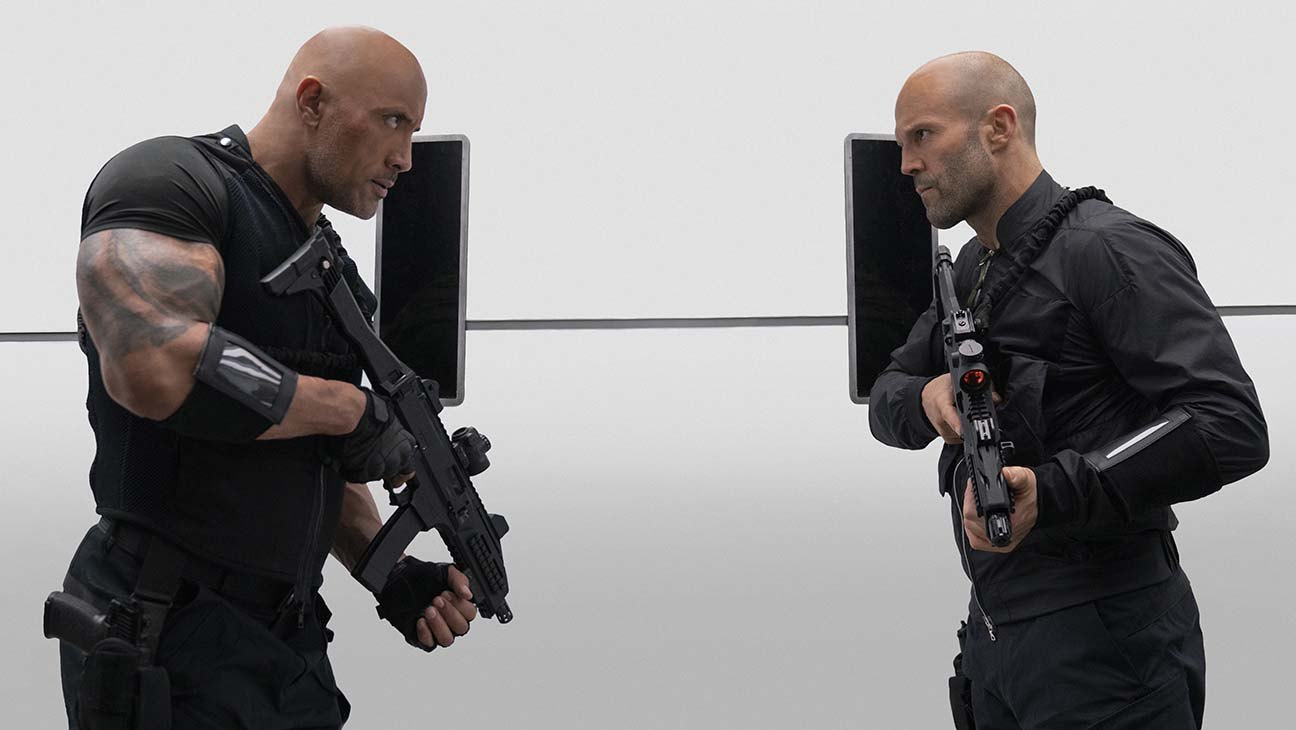 ‘Fast & Furious Presents: Hobbs & Shaw‘ is the spinoff to the popular ‘Fast & Furious‘ franchise. It started by introducing us to a team of street racers living by a code, but with time, the franchise has shown heroics to the extreme. Now, with the spinoff, the vehicular warfare takes on epic proportions as the action movie almost becomes one with the superhero genre.

We are reintroduced to Luke Hobbs and Deckard Shaw, two determined, resourceful men, who get their way with brains and brawn, mostly the latter. Soon they have to team up when Shaw’s sister is targeted by an enhanced villain Brixton, for a deadly virus that she possesses. The trio put in their best efforts to stop Brixton and his men, which includes a lot of action sequences, high-speed chases, and intense combat.

Finally, a stand is made, and an epic confrontation results in the discovery that they have just scratched the tip of the evil iceberg. As we prepare for another movie, we love how Ryan Reynolds pops up as a CIA agent who has ties to Hobbs. With his smooth-talking, Reynolds grabs attention, and only enforces it with the credits scene. ‘Fast & Furious Presents: Hobbs & Shaw’ released on August 2, 2019.