In its early years, Turner Network Television, i.e., TNT was aimed at being the collector of all things classics and its sole purpose was to air just these things. For a decade or so, the channel focused on this, but with the turn of the century, it decided to reinvent itself by bringing some original programming on its slate. Now, the channel has become the house of a variety of TV shows, uninhibited by any particular genres. Its shows like ‘Rizzoli and Isles’ ‘Memphis Beat’, ‘Perception’, ‘Salem’s Lot’, ‘The Alienist’ and ‘I Am the Night’ have proved that it doesn’t shy away from experimenting. If you have been impressed by these shows, then the list of the upcoming ones will blow you away. From comedies and thrillers to horror and fantasy, TNT is leaving no stone unturned in its quest to become one of the leading entertainment providers in the country. Here’s the list of upcoming new TNT series coming out in 2019 and 2020. We hope that these latest TNT shows are as good as some of the recent releases. 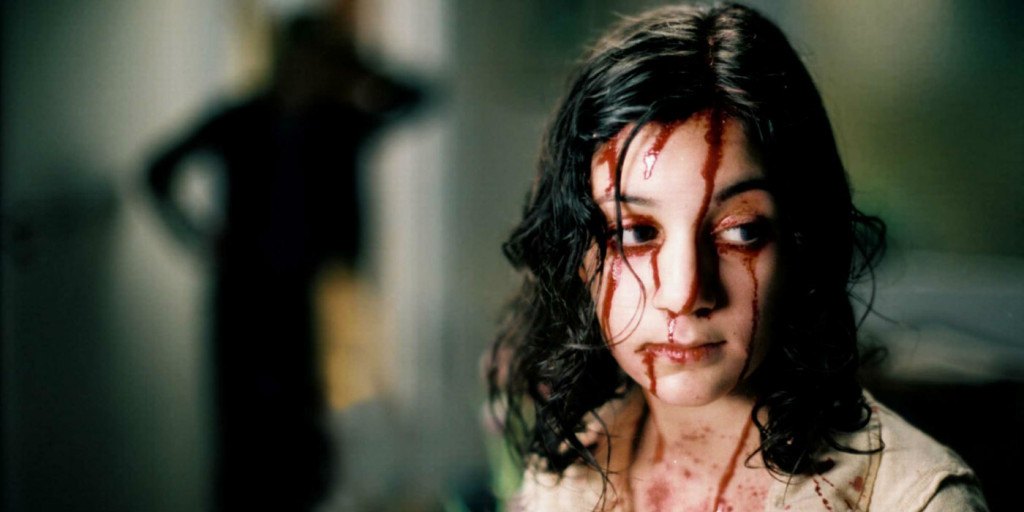 TNT’s upcoming horror slate was full of some promising projects, one of whIch was M. Night Shyamalan’s ‘Tales from the Crypt’ reboot. The show would have made this list if it hadn’t been killed due to several reasons, which are really only excuses to fans. However, not all hope is lost. The channel has managed to keep another horror project, ‘Time of Death’ which promises rather interesting premise. Written by Guy Busick (‘Urge’, ‘Watch Over’) and R. Christopher Murphy, it will be anthology series, the first season of which will follow the bloody trail left by a serial killer who returns to his home town to exact revenge on the people who he thinks have wronged him. For the fans of the slasher genre, this will be a hell of a trip down the memory lane (of the movies they’ve watched!). 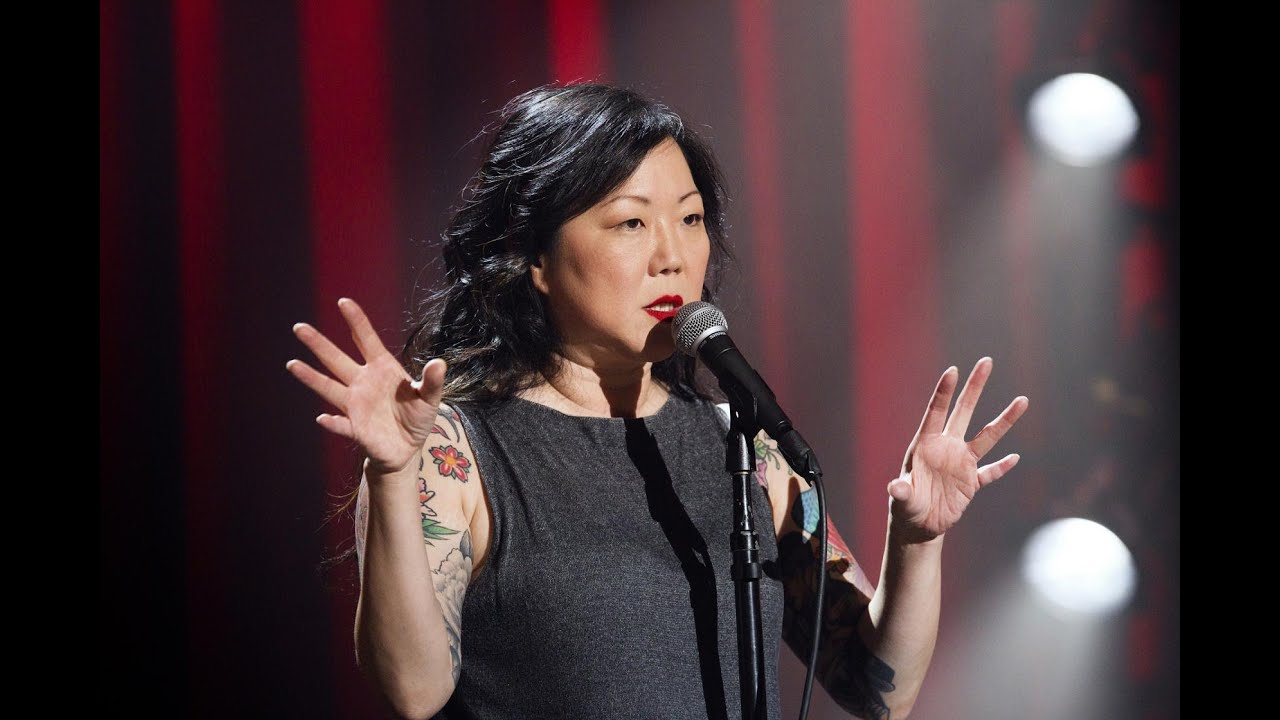 ‘Highland’ is the creation of Margaret Cho, who will also star in the show. Cho is known for her work in series like ‘All-American Girl’, ‘30 Rock’ and ‘Dr. Ken’. She has written this story out of her own experiences and will act as showrunner while executive producing the show with Liz Sarnoff (known for ‘Deadwood’, ‘Lost’, ‘NYPD Blue’). It follows the story of two families that find themselves in the same situation after a tragedy strikes. One of the prominent themes of the show will be substance abuse, with one of the protagonists shown fresh out of rehab. Apart from Cho, Laura San Giacomo, known for her work in ‘Sex, Lies and Videotape’, ‘Just Shoot Me!’, ‘Saving Grace’, ‘NCIS’, has been cast in the main role. 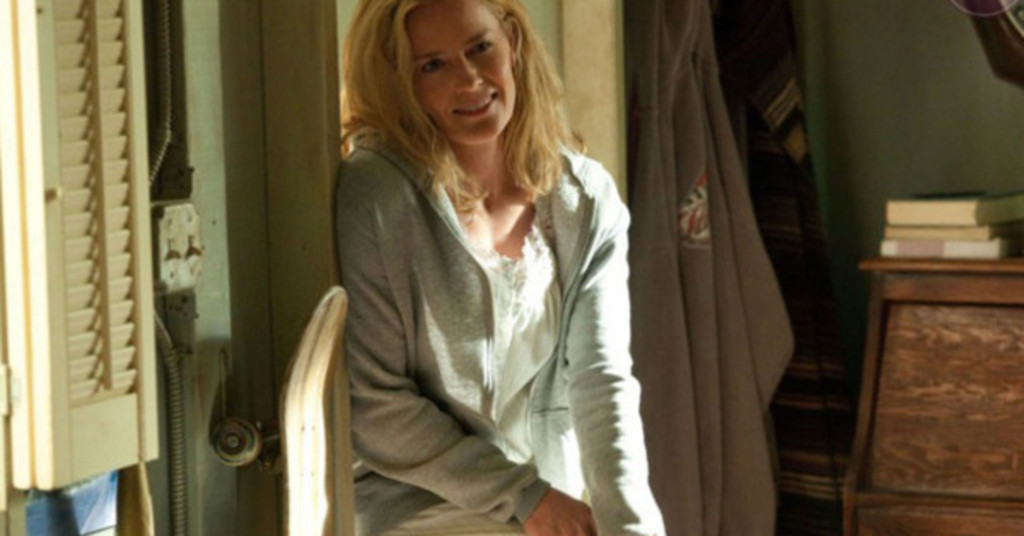 K.C Perry, who is known for shows like ‘The Originals’ and ‘Damien’, has come up with a new comedy series that will focus on the story of a woman who refuses to make peace with her losses. This show stars Elizabeth Shue as Constance Young. Having lived a life of success and financial security, the one without any of these things seems impossible for Constance. She is a former beauty queen and had an influential husband. But when he dies, she has to deal with the situation in the most profitable way possible for herself. While the enquiry into her husband’s mysterious death continues, Constance begins on her own journey that will mean a financial reprieve for her but also brings her under a precarious position. Kevin Dunn has been cast in the supporting role. 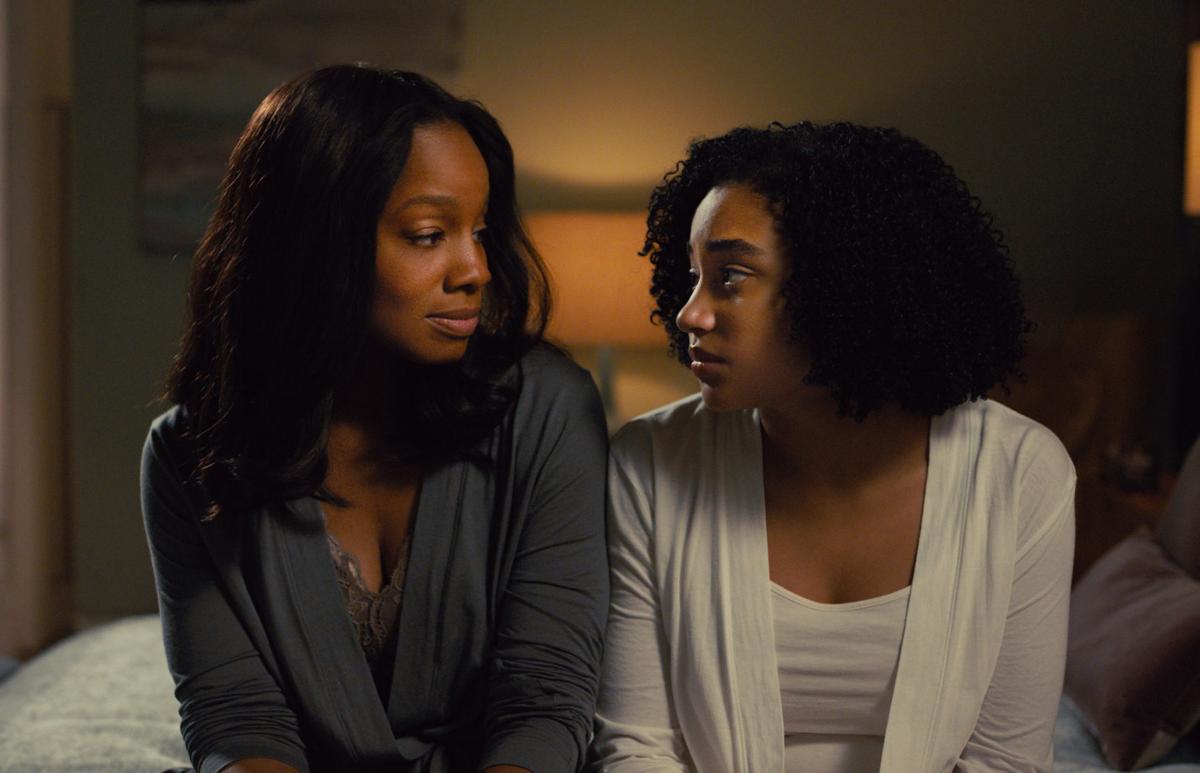 ‘Beast Mode’ will follow the story of a woman who rises from her difficult background to make a name for herself as a fighter. Anika Noni Rose (‘The Good Wife’, ‘Private Practice’) stars as Marsha Blackstone, who had lived most her life in poverty, her woes further escalated by the crime and abuse that followed it. With her perseverance towards the life that she wants for herself, and especially her daughters, Marsha succeeds in getting out of this hell hole. But the most important part begins now – not slipping back into that world. Working as a trainer, she is supported by her daughters, but troubles have just begun to knock on their door. Geffri Maya (‘Private Practice’, ‘Nasty Habits’) and Chanté Adams (‘Roxanne, Roxanne’, ‘Monsters and Men’) have been cast alongside Blackstone. 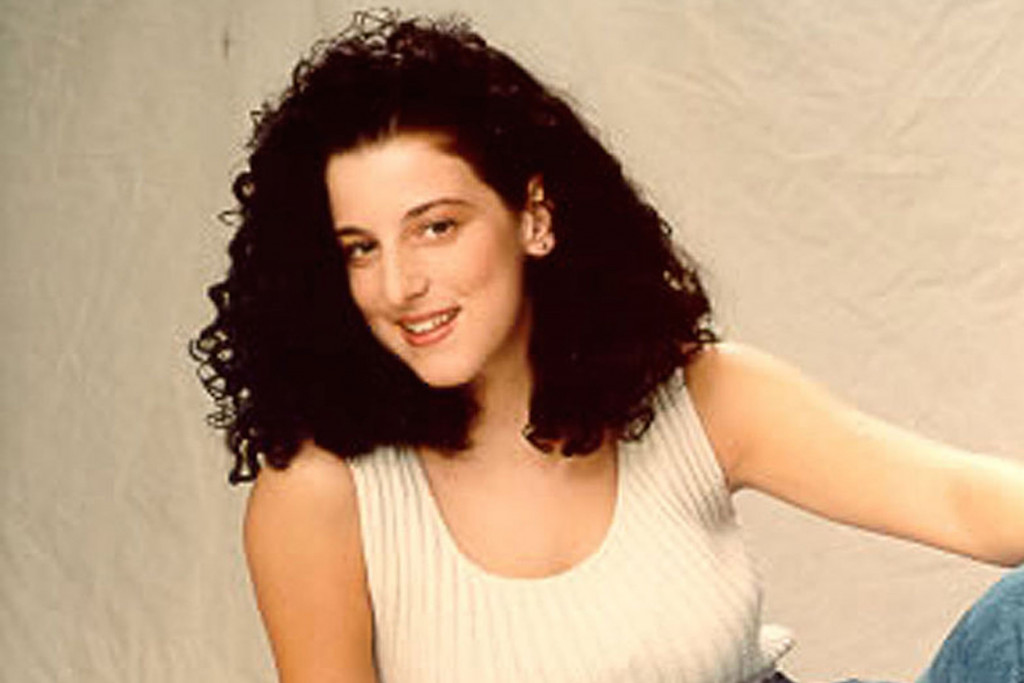 This upcoming show focuses on the case of Chandra Ann Levy. The 24-year-old was an intern at the Federal Bureau of Prisons and disappeared under mysterious circumstances in 2001. A year later, her skeletal remains were found and the missing person case was turned into a murder investigation. The case continued to attract the attention of the media. The series will base itself on the book by Scott Higham and Sara Horwitz called ‘Finding Chandra: A True Washington Murder Mystery’. The show focuses on the events that followed her disappearance, especially on her affair with Congressman Gary Condit. The irresponsibility of the police in handling the case and the involvement of Ingmar Guandique, an illegal immigrant from El Salvador, is also an important part of the storyline. 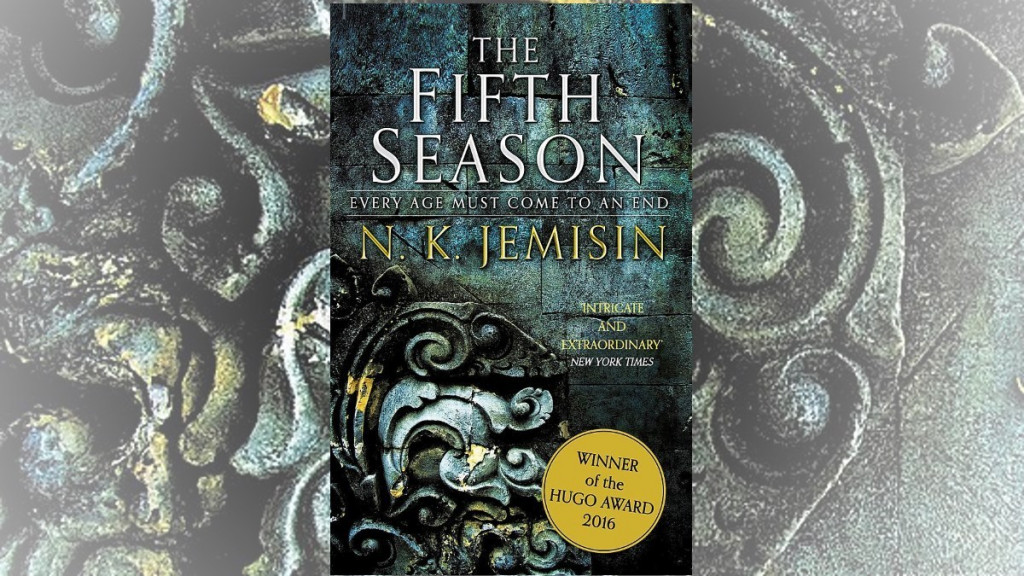 Fantasy genre attracts a great number of audiences. Some of the most popular shows in the world fall under this genre. With ‘Game of Thrones’ ending this year, the audience will be searching for a substitute to turn their loyalties to. This presents a great, albeit challenging, opportunity to the channels who haven’t yet entered this game. Streaming services like Netflix and Amazon have already braced themselves for this responsibility, while HBO is working to bring something else (like ‘His Dark Materials’) to keep its audience to itself. TNT has a chance to enter the game and will be doing so with the help of the series based on the 2015 novel of the same name by N.K Jemisin. The story is set in a world where there is one single continent and it is plagued by the threat of deadly earthquakes. At the centre of the story are the people who possess the power of not only preventing these earthquakes but also causing them. 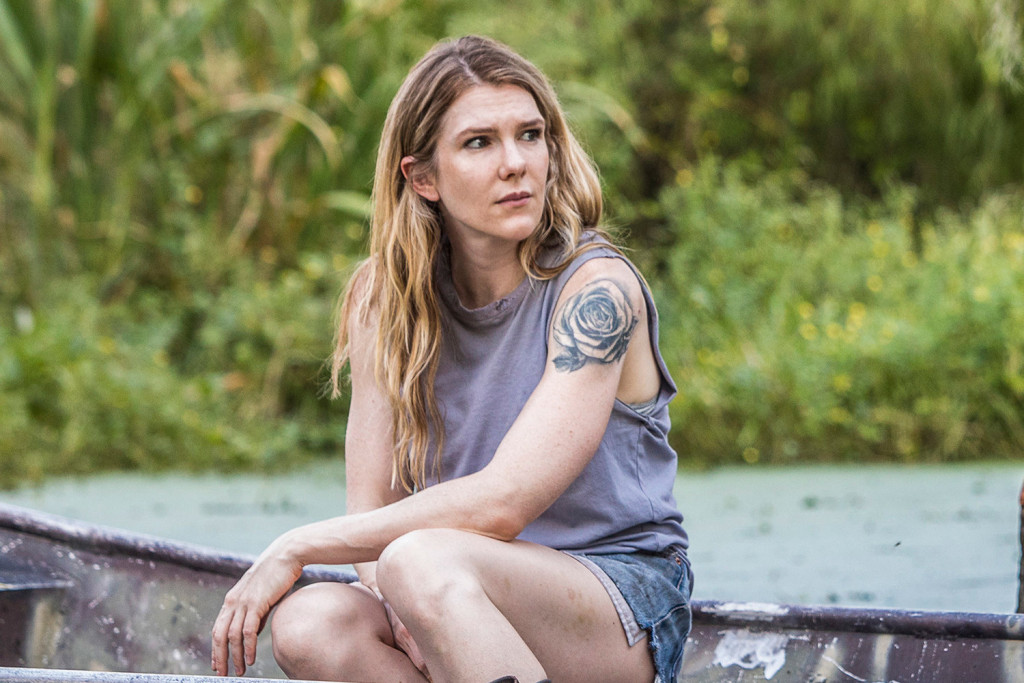 This thriller drama follows the story of three people who have been struggling with their demons for so long that it has become difficult to draw a line between the good and bad in themselves. Lily Rabe (‘American Horror Story’, ‘The Whispers’) plays the role of Emma, a woman who has had a close brush with death and survived the trauma that followed it, but she is still haunted by the person who inflicted this pain on her. Amy Brenneman (‘NYPD Blue’, ‘Heat’, ‘The Leftovers’, ‘Judging Amy’) will star as Mary whose only purpose in life is to find the daughter that was taken away from her. Hamish Linklater (‘The New Adventures of Old Christine’, ‘Legion’) will play the role of John, a man trying to rise from the shadow of his past, which is not so easy, considering he was a serial predator. The lives of these characters entwine, and as dark secrets come to light, it becomes difficult to separate the victim from the offender. 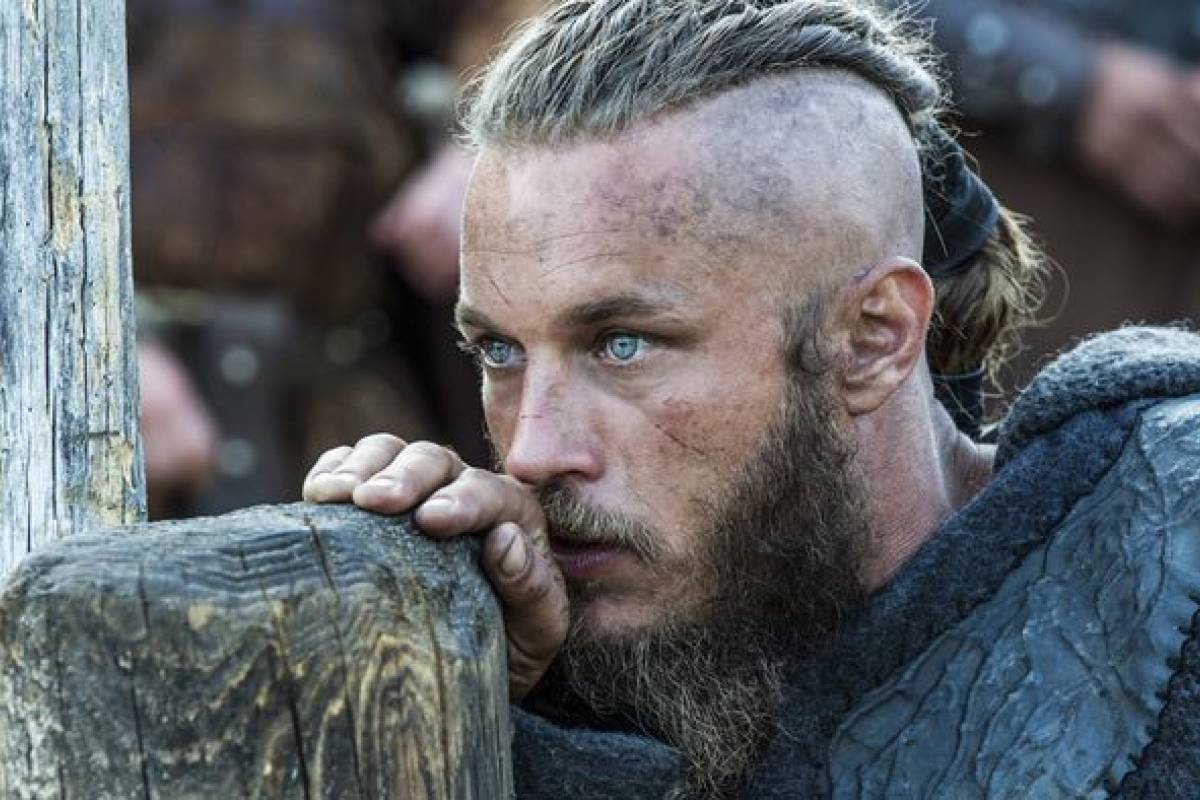 One of the most exciting projects on TNT’s upcoming shows list is the sci-fi series that will act as the television directing debut of Ridley Scott. The legendary director has given us films like ‘Alien’, ‘Blade Runner’, ‘Thelma and Louise’, ‘Gladiator’ and ‘The Martian’. ‘Raised by Wolves’ will centre on the study of human nature from the point of view of two androids who have been given the responsibility of raising a human child on a planet far, far away. The androids get to know about the struggles of living with humans in the colonies and come to know about the various ideologies that drive their actions. Travis Fimmel, known for his role as Ragnar Lothbrok in ‘Vikings’, stars in the leading role, alongside Amanda Collin and Abubakar Salim, who plays the role of the android parents. Scott executive produces the show with Aaron Guzikowski (‘Prisoners’) and David W. Zucker (‘The Man in the High Castle’, ‘The Good Wife’).

2. The Angel of Darkness (TBA) 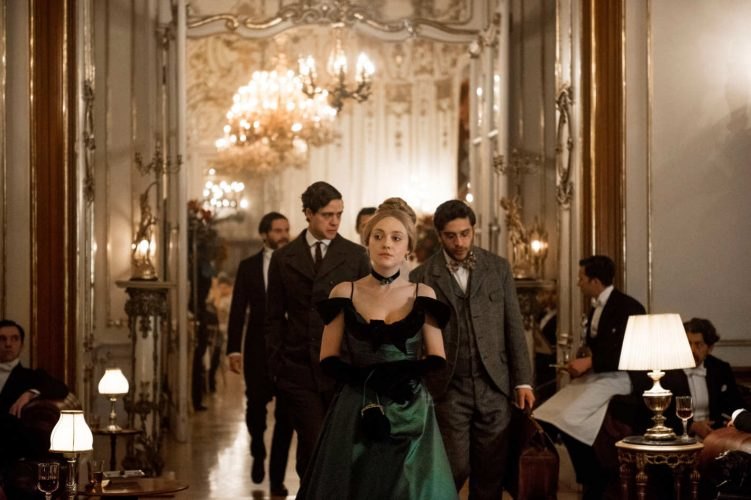 Caleb Carr wrote a series of novels based in the late 19th century, the first of which was ‘The Alienist’, which if you haven’t seen, then you should, ASAP. The series was adapted for TNT and starred Daniel Brühl, Luke Evans and Dakota Fanning in the lead roles. This Emmy nominated series followed the trio, each coming from a different field of investigation, as they chased a serial killer walking the streets of New York City. After the success of the series, TNT has placed an order for the miniseries that will be based on the next book in the series, ‘The Angel of Darkness’. The story reunites the team as they investigate the kidnapping of a Spanish dignitary’s child while the political tension between Spain and the United States escalated. 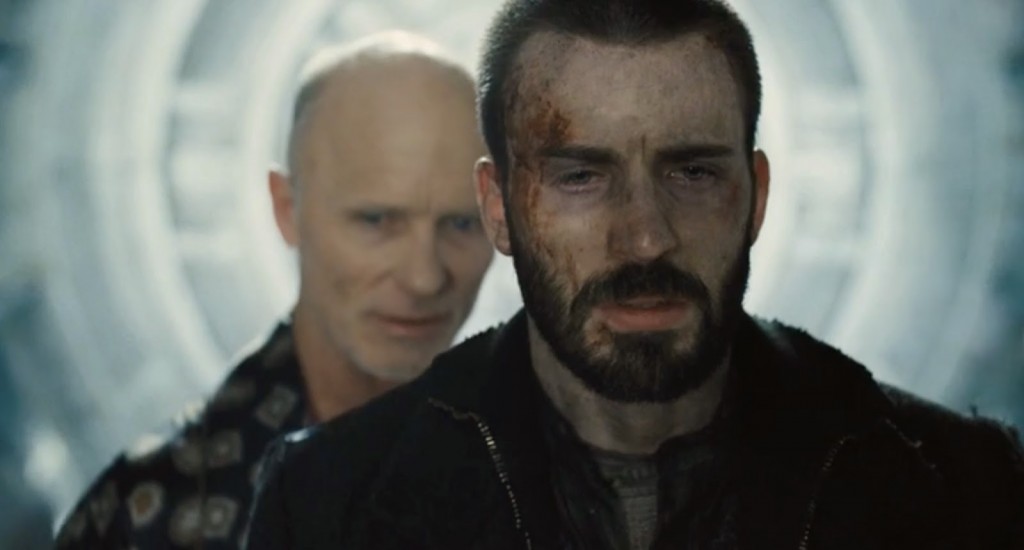 Bong Joon-Ho’s 2013 film of the same name was a study of the crude reality of human nature. The film stars Chris Evans, Tilda Swinton, Octavia Spencer, Ed Harris and John Hurt. It was set aboard a perpetual train that circumnavigates the Earth that has fallen into an Ice Age sort of predicament. In this frozen wasteland, the train is the only thing carrying the last human survivors. The show picks up the story seven years after the coming of the Ice Age and focuses on the politics that has developed inside the train. A class divide has formed, with the upper-most class residing in the front sections of the train and the lower-most residing in the last ones. The show stars actors like Jennifer Connelly and Daveed Diggs (‘Black-ish’, ‘Blindspotting’, ‘Velvet Buzzsaw’) in the leading role. It has been adapted for the screen by Josh Friedman and Graeme Manson, who will also act as executive producer alongside Joon-ho, Marty Adelstein, Park Chan-wook and Scott and Derrickson.