Everything We Know About ‘Top Gun: Maverick’

“With great power, comes great responsibility”, and so echoed Benjamin Franklin Parker’s immortal words reminding us the virtue of freedom and what to do with it. Not to be a naysayer, but what I am obviously alluding to is the much awaited sequel to ‘Top Gun’, one of the most influential and popular films from the 80s, now more than thirty years in the making. Despite quite a few setbacks, what has most notably worked in the favour of keeping the sequel alive is the makers’ passion behind it, including Cruise’s, and a resurgence in its popularity that has refused to die down even three decades after its release.

The good news is that filming is finally underway with a working script in hand, and this one is touted to be bigger and better than the original one. The somewhat worrisome news is that those are some huge, huge shoes to fill. It is not as if late sequels to classics haven’t been made or that they haven’t been successful, a notable example of the same being ‘Blade Runner 2049’. It is just that the responsibility accompanying such an attempt is huge, almost twice as much when one goes out to remake a classic. While ‘Top Gun: Maverick’ will be battling all those expectations and more when it finally hits theatres next year, we as fans can surely rejoice over it happening. Here are all the details that we currently know of the sequel to this classic that germinated quite a few careers back in the day, now being released 34 years since the original one came out.

Top Gun Maverick Plot: What we know so far 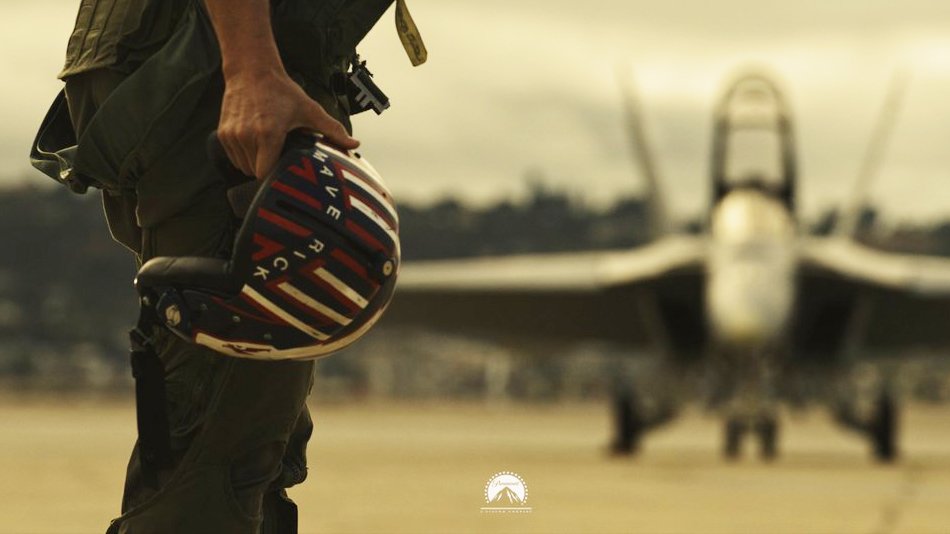 The makers of ‘Top Gun: Maverick’ seem pretty intent on releasing as little about the film as possible to the press, but the first clue for those who are seeking it about what the sequel could possibly be about is in the title of the movie. The first film, while not entirely, but primarily was Pete Mitchell’s story, but his name in the title of the sequel film ought to surely signify more than that. The people behind the sequel have been pretty vocal about the same, stating that there is no ‘Top Gun’ without Maverick: his cockiness, his attitude and above all, his skills are what establish him as such a strong character, and Cruise has virtually made an entire career out of playing very similar characters, plus or minus on the cockiness, against increasingly difficult albeit impressive set pieces.

The principal duo in Cruise and Val Kilmer is definitely returning, and while we will discuss that in greater detail in the next section, we will discuss in the here and now what the striking new additions to the cast could mean for the yet undisclosed plot of ‘Maverick’. Miles Teller especially has been cast in a key role wherein he will be portraying Bradley Bradshaw, a pilot trainee and the son of Maverick’s late flight partner from the first film, Nick “Goose” Bradshaw. The ‘Creed’ vibe is unmistakable here, especially given that the new ‘Top Gun’ film will have to feature a significant time jump and be set in the current time.

Given that all the actors, including Cruise himself have significantly aged in the 34 years separating the two films, ‘Top Gun: Maverick’ could see Cruise’s Maverick step up as a mentor to the trainee pilot, while serving as trainer for the entire batch, just as Vaal Kilmer’s Thomas “Iceman” Kazansky did for him. However, the makers have also assured that the sequel has plenty of “Maverick being Maverick” and that they have managed to write a very special part for Cruise’s character in the film. Cruise himself stated that “Aviators are back, the need for speed. We’re going to have big, fast machines. It’s going to be a competition film, like the first one, but a progression for Maverick.” 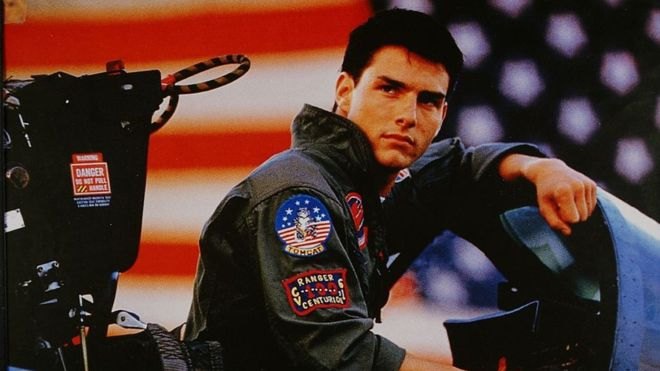 One of the foremost things that the original film was able to establish — and can still boast of — is its excellent aerial stunt choreography and its unprecedented look into the world of naval Warcraft, something that was hitherto unexplored in films, and it remains as such mostly even today. In any case, ‘Top Gun’ is the gold standard when it comes to films dealing with or representing what I said above, and thus ‘Maverick’ has the responsibility of doing the same.

This is what the director of the film, Joseph Kosinski, had to say on the representation of naval aviation in modern times for the film. “The Navy is very different now than it was in 1986. Back then, they hadn’t been in any war for 15 or 20 years at that point. The tone of that movie and what those guys were doing was very different. Now, here in 2017, the Navy’s been at war for 20 years. It’s just a different world now, so you can’t remake the first movie. It has to adapt. That being said, I certainly want to recreate the experience of that movie, which gives you a front-seat into the world of naval aviation and what it’s like to be in a fighter jet. The approach is going to be appropriate for the times we live in.” 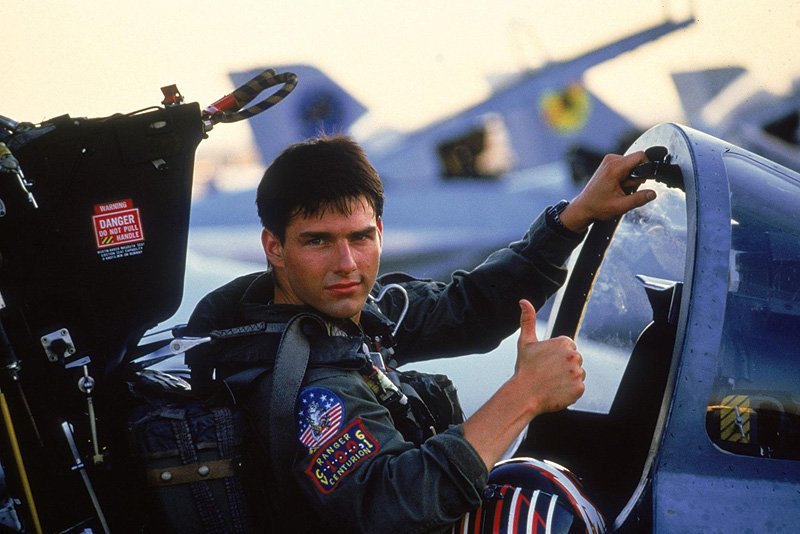 Aptly so, the makers have envisioned the sequel in the modern world along with all the advancements that naval technology has been able to make over the years. The sequel would reportedly focus on the end of the dog fighting era and will also go on to highlight the increasingly prominent role of aerial drones in modern aerial and naval warfare. The progressions come in aces for Cruise, whose character Maverick will be flying the mean machine F/A-18 Super Hornet. Just imagining the very first flight sequence currently fills me up with giddy excitement.

Top Gun Maverick Cast: Who is going to be in it? 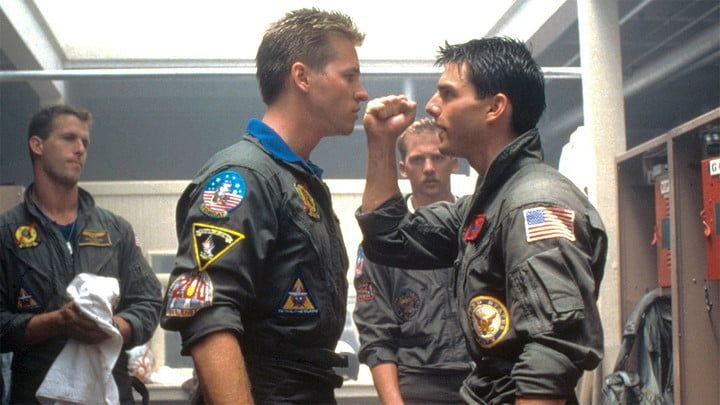 Even while the news of cast members returning even thirty years hence for a sequel is due to be considered anything but good news, Tom Cruise returning in the role of Pete “Maverick” Mitchell is really no surprise at all, since it was his passion and insistence that have eventually made the sequel happen, especially after things looked increasingly grim on the horizon for the sequel after Tony Scott’s suicide in 2012.

Furthermore, Val Kilmer will be reprising his role of Commander Thomas “Iceman” Kazansky, along with a ton of new cast members added to an ever expansive cast, including Miles Teller as Bradley Bradshaw, Jennifer Connelly as a single mother who owns a bar near the Naval Base, widely rumored to be the leading lady in the film, Glen Powell as another pilot trainee alongside Teller’s Bradley Bradshaw, having significantly beefed his role after reportedly impressing Cruise and the producers at Paramount and Skydance. Jon Hamm, Ed Harris, Manny Jacinto, Monica Barbaro, Charles Parnell, Jay Ellis, Bashir Salahuddin, Danny Ramirez, Lewis Pullman, Jake Picking, Raymond Lee, and Jean Louisa Kelly round up ‘Top Gun: Maverick’s extremely talented cast.

Top Gun Maverick Crew: Who is behind it?

Apart from the producers, virtually everybody working on the project behind the scenes including the writers and the director have termed this to be a dream project, since mostly all of them first saw the film when they were quite young when it first came out. The film is being helmed by Joseph Kosinski in the director’s chair, who had earlier collaborated with Cruise on the post-apocalyptic sci-fi drama ‘Oblivion’. Peter Craig, Justin Marks, Eric Warren Singer and another fellow long time Cruise collaborator, Christopher McQuarrie, who was brought on board later, are credited as screenwriters, while Cruise himself, Jerry Bruckheimer, McQuarrie, David Ellison, Dana Goldberg, and Don Granger are jointly producing the film under the banners of Jerry Bruckheimer Films, Paramount and Skydance.

Adding to the immensely talented lineup of makers behind the film, Academy Award winner Claudio Miranda will serve as the cinematographer for the film. With earlier successes including the likes of ‘Life of Pi’ and ‘The Curious Case of Benjamin Button’, I am really excited to see what Miranda can bring to the world of aerial photography. The man behind ‘Top Gun’s best-selling album that year, and one of the best-selling of all time, Harold Faltermeyer would be returning to score for the film, accompanied by none other than Hans Zimmer. With the current lineup, I would virtually not be surprised if the film turns up on a number of Oscar contention lists for next year, especially in the music category, now that we have Zimmer on board. If you are still not excited, hear this: Kenny Loggins’ hit single, the iconic ‘Danger Zone’ would also be featuring in the film as it did in the first one!

Top Guns 2 Release Date: When will it premiere? 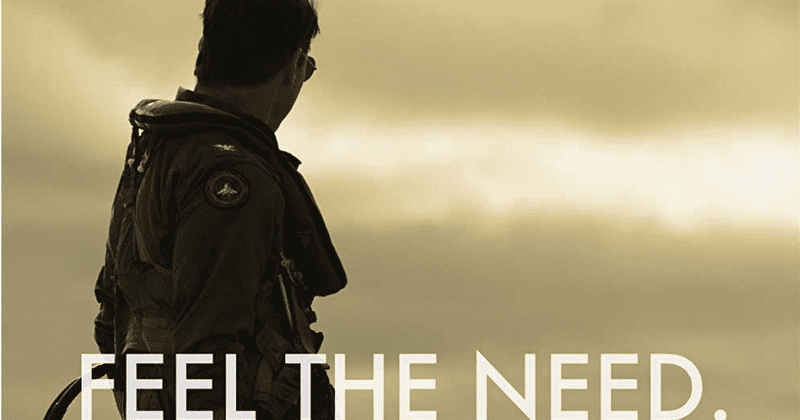 ‘Top Gun: Maverick’, earlier scheduled for July 12, 2019, has been moved back a full year for a finalised release date for June 26, 2020. Here is hoping that ‘Maverick’ can add some spunk to the increasingly sequel fatigued Hollywood summers every year. (All Images Courtesy: Paramount Pictures)