There has always been an inexplicable romanticism towards vampires and sometimes even werewolves. But when you think about it, both vampires and werewolves are perceived to be scary and sometimes too imaginary. So, why do we still like them? Unsurprisingly, this fact hasn’t gone unnoticed in Hollywood. That’s why we keep seeing different rehashed versions of vampire or werewolf story. One franchise even made billions by selling the idea of making love to vampires. Over the years, we’ve seen vampires and werewolves indulge in fights, romances, and occasional partnerships to thwart away the “bad guys”. However, it didn’t begin that way. The vampires and werewolves are supposed to be at war with each other at all times, but this narrative has changed and is still evolving.

Anyway, let’s now look ahead and check out what are the upcoming movies and tv shows about werewolves, and vampires that will be wooing us in the next couple of years. There are many movies on the list which are still rumored but the mere idea of seeing these movies or tv shows again is super-exciting. Let’s take a look at the Vampire movies coming out in 2020 and 2021. 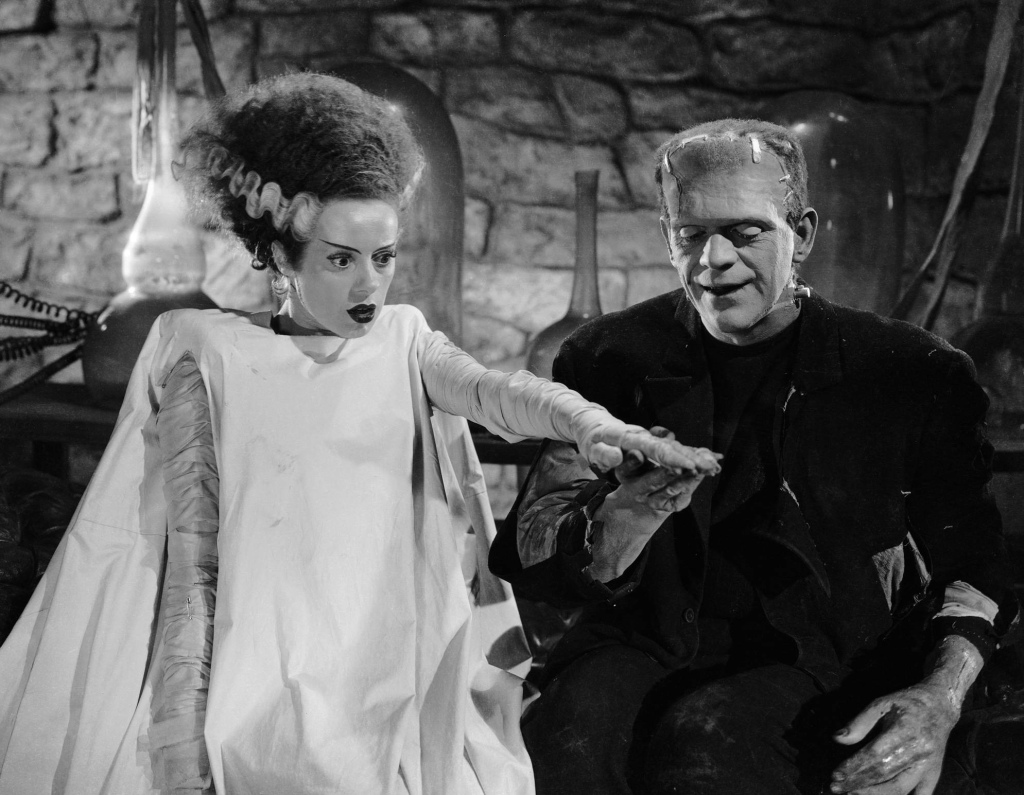 With ‘The Beauty and the Beast’ director Bill Condon attached to the project, along with the rumors of the involvement of names like David Koepp and Sam Raimi, Universal might finally greenlight the 1935 classic horror film ‘Bride of Frankenstein’. Angelina Jolie was initially rumored to be linked with the project until she backed out. The director also hinted that Gal Gadot may play the role of the bride. Considering the studio’s plan to expand a monster universe, the film might take time to get into production since the scripting process will require strategic planning and execution. As you can see, there still are a lot of rumors but we’d love to see this coming to fruition. 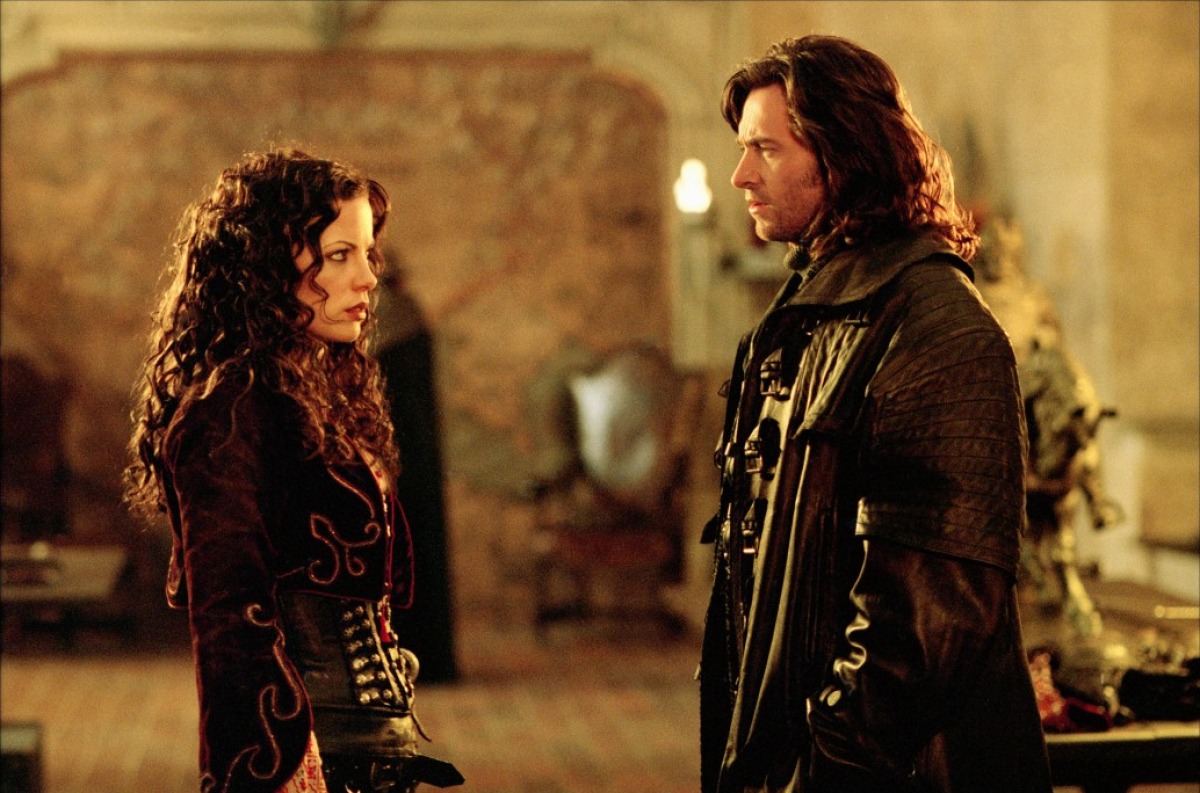 Eric Heisserer returns to the writer’s chair with this reboot he so excitedly spoke about. Van Helsing will be ‘as scary s possible’ were the words of the writer, who says the idea of being the only human surrounded by supernatural creatures is unnerving. Van Helsing last hit the cinema halls in 2004 with Hugh Jackman playing the leading role. As of now, the project has no one filling the director’s chair but the ideal choice would be Heiserrer himself considering his body of work with ‘Lights Out’ being the last one. Some storyline details have leaked out in the media that place the movie somewhere in modern times and takes a lot of cues from ‘Mad Max: Fury Road’. Imagine the amalgamation of an action flick combined with the directorial skills of the scribe of ‘Arrival’. Chills. 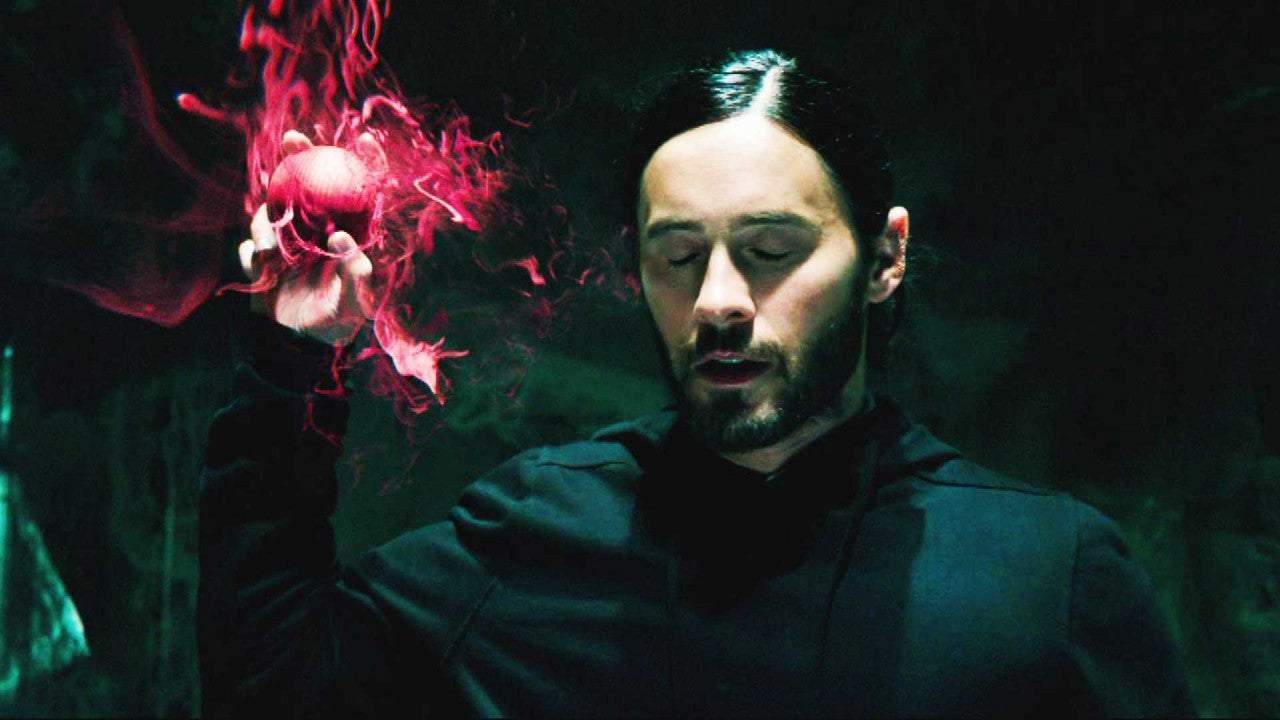 After directing the space thrill ride that was ‘Life’ Daniel Espinosa’s next will be with Columbia Pictures and Marvel Entertainment where he will be helming the throne as the Director for acclaimed Marvel’s comic book series – Morbius. ‘Morbius’ tells the story of an introverted kid Michael Morbius who grows up in Greece, eventually becoming a Nobel Price winning animal Biologist. With a rare condition causing his blood to decay, Morbius sets on a journey to find cure leading to far worse consequences making him succumb to ‘pseudo vampirism’. The interesting condition gives him superpowers and the ability to fly also with a downside of being attracted to the taste of blood and a strong aversion to light. Morbius has appeared in various comics where he has confronted Spiderman and The Lizard and even Blade. With Columbia pictures producing it, and Sony Pictures Entertainment (that brought you the likes of ‘Venom’, ‘Spider-Man: Far From Home’) Jared Leto playing the titular role, along with big names like Matt Smith, Jared Harris, Tyrese Gibson, et al, in prominent roles, this film is all set to rock the world of vampire movies. 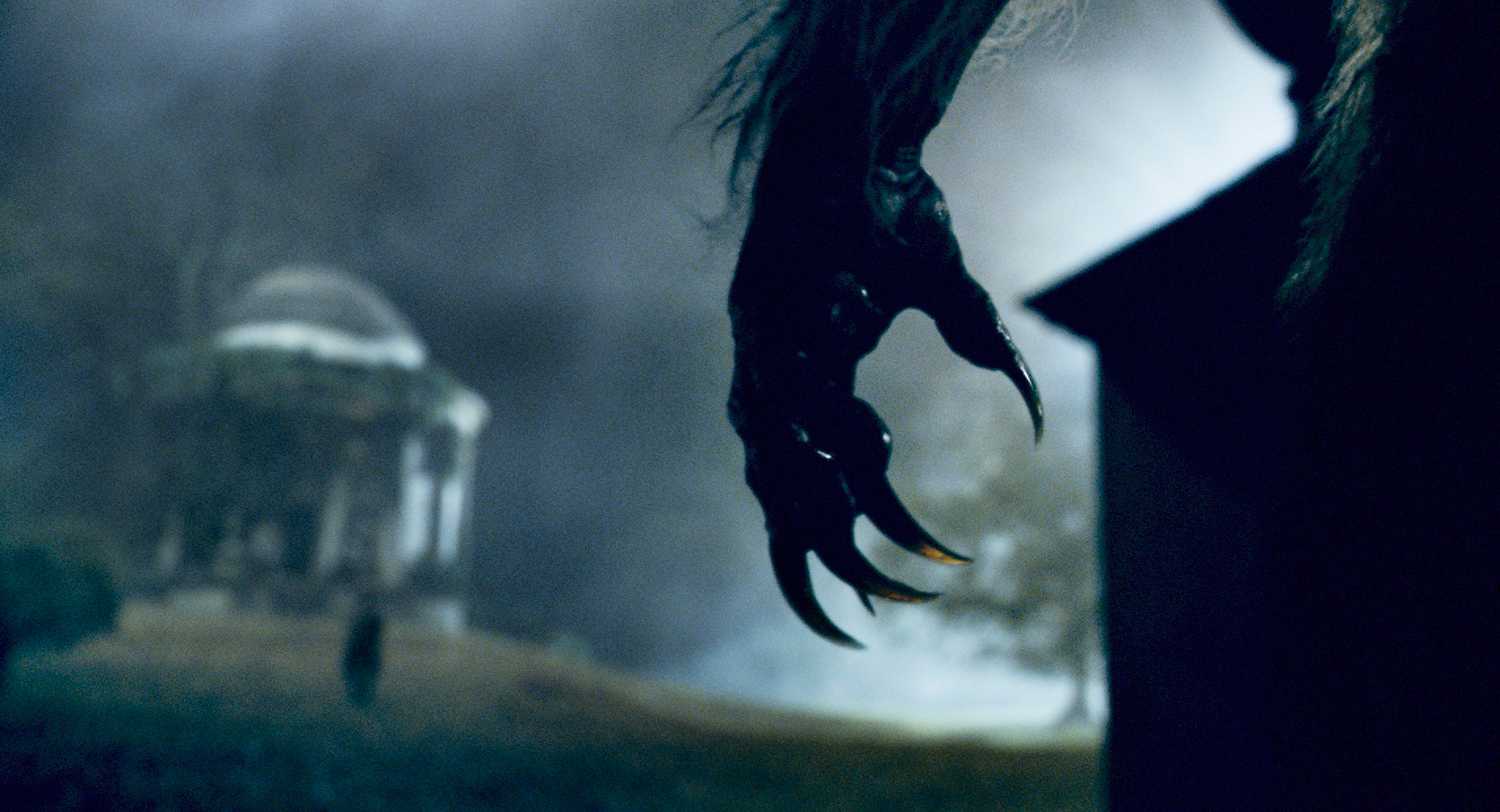 DC’s master plan to set up a universe with monsters might be the best-laid plan to lock horns with Marvel, but after the latest Tom ‘Cruisified’ installation of the ‘Mummy’, we can’t have much faith in what is in store for the horror fans. The Wolfman’s poor rendition of a movie in 2010 was panned by critics and vanished in a whiff of ‘hype’. We haven’t heard much on the casting front either apart from the almost-established rumor that Ryan Gosling will be playing the leading titular role in the film. Compared to the other monsters from DC, Wolfman has a special place in the viewer’s minds considering the tragedy that hit him. Also, the writers of ‘Orange Is the New Black’ have been roped in for the film, for what is touted to be a new ‘Nightcrawler’ sort of a movie but with a “bloody” twist. 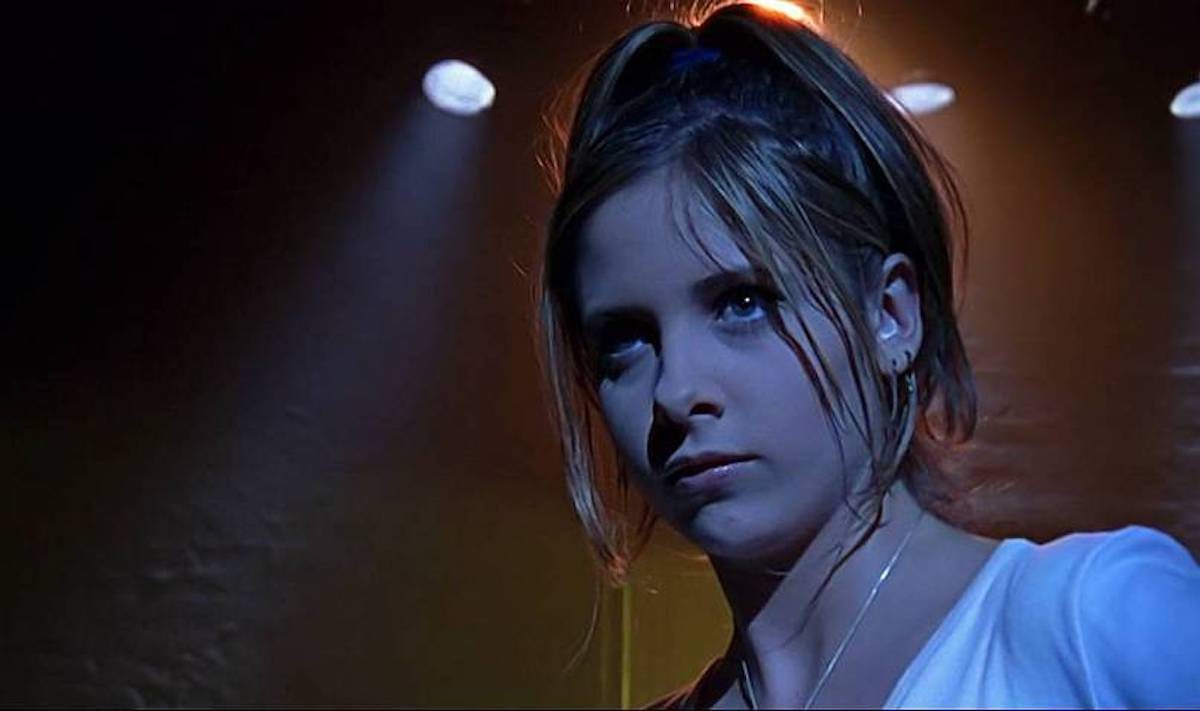 This Joss Whedon’s famed television series was a thing of the 90s with a cult following. It is notable here that the 1997 television series was based out on a 1992 movie of the same name which featured actors like Donald Sutherland, Luke Perry among others, and was penned by Joss Whedon. During its six-year run from 1997 until 2003, the show gained immense popularity and became a household name. The announced reboot is supposed to go to either of Hulu, Disney+, or the CW and is executive produced by Joss Whedon this time. While the cast and the storyline are mostly unknown, it is said to be a continuation of the existing storyline combined with the modern socio-political dynamics. 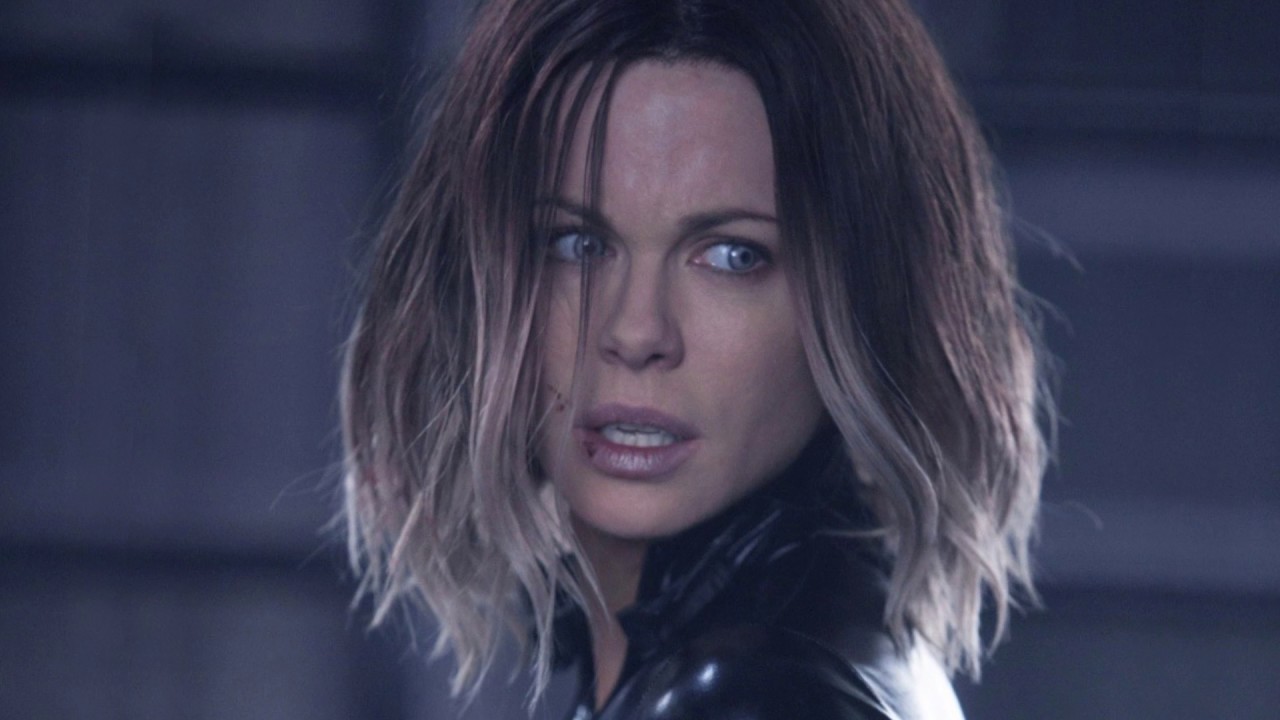 The ever-familiar vampire perching on the tallest tower, wearing shiny black leather with her fangs glinting red – Underworld, despite having bad reviews still has the audiences flocking to cinema halls. The story follows Selene, a vampire fuming with vengeance unleashing the worst of her on to the Lycans, a breed of werewolves. The film series has had various plot premises in its long 15-year journey. With Kate Beckinsale recently announcing that she will not be starring in the series anymore, fans are sweating cold to know who the replacement is going to be. With the announcement of a sixth film by the producers, there is also a rumor that the setting of the narrative will also be revamped to suit the changes in content consumption. That being said, we really hope Underworld series will not let go of its hallmark action scenes in the gloomy rain where shiny weapons swing to give that edge of the seat action jolt. 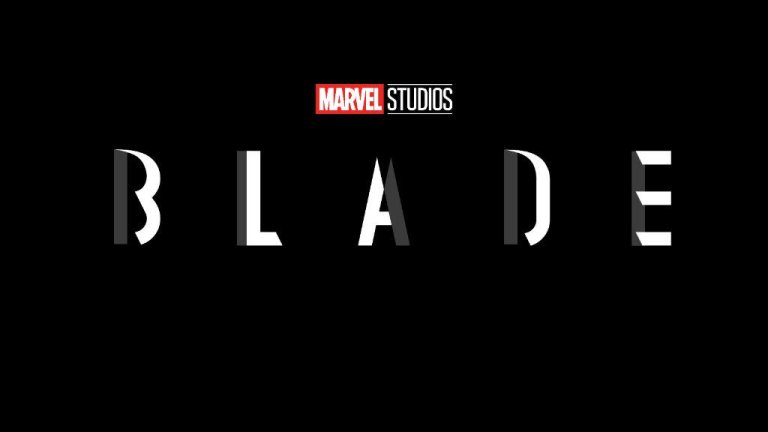 Wesley Snipes has made the ‘Blade’ legendary and immortal over the years. With Marvel facing some dilemma on deciding how to bring back the iconic character on screen, the update that we have confirms two-time Academy Award winner Mahershala Ali to be essaying the prominent titular role. The story is going to be enticing in its narrative form which, if rumors are to be believed, has Blade returning in his usual role as a half-human half-vampire who hounds for the undead. Kevin Feige, the man behind Marvel considers the character as ‘legendary. He also said in one of his interviews that “Marvel owes to Blade’, starting from the beginning of Marvel 20 years ago with the production of Blade. Blade undoubtedly is one of the films that put Marvel on the radar and we can only hope with what Marvel has become today, they better treat Blade with the true rendition it deserves. Let’s hope that Ali truly makes ‘Blade’ a household name that we’ve always longed for.

The Vampire who fits into any time frame unaffected by the changing times, there is always excitement for one more film on Dracula. With the 2014 film Dracula Untold, Universal showed considerable faith in restoring the dreaded character from Transylvania. Even if the film received much bashing, it was liked by many nonetheless. Universal Studios is eyeing to resurrect the entire monster verse, notably after the success of ‘The Invisible Man’. Karyn Kusama who directed movies like ‘Jennifer’s Body’, ‘The Invitation’ etc. is all set to don the director’s hat again. The reboot version is touted to be set in modern times. It would be interesting to see what are the things in foray for the reboot after the mixed reviews its predecessor received back in 2014. 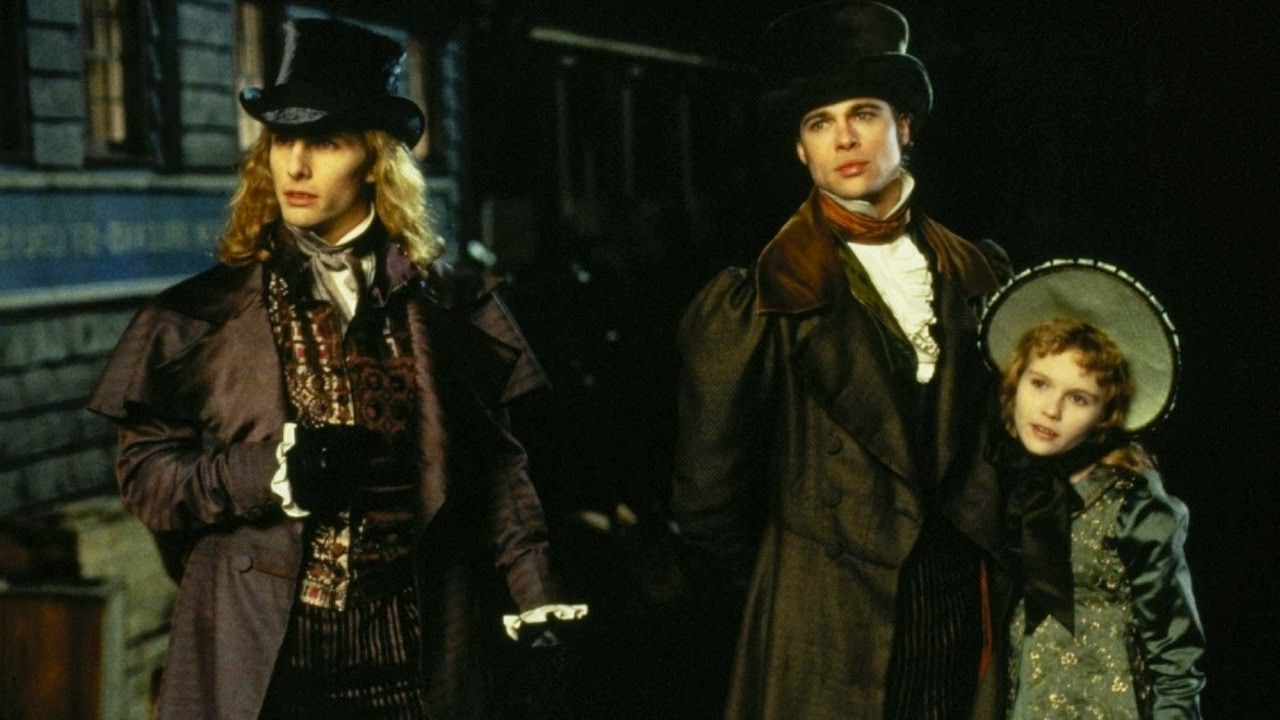 Anne Rice’s 13-part vampire chronicles book was adapted for the big screen with Tom Cruise donning the role of Lestat, the blonde vampire who is also the narrator of the story. Josh Boone, the director of ‘The Fault in Our Stars’ teased on Twitter that he has a new screenplay ready for ‘The Interview With the Vampire’ Reboot. If reports are to be believed, instead of being a standalone movie, the Vampire Chronicles will be made into a TV series and Hulu has already received the book rights. On the controversial question of who would play the popular role of Lestat, multiple names like Ezra Miller, Timothee Chalamet, etc. have surfaced as it is now clear that Pitt and Cruise are unlikely to return. The TV series would begin with the second novel – ‘The Vampire Lestat’ which is also touted to be the series title. It would be great to see a popular vampire rendition returning in the form of a TV series to woo the Millenials.