Where is NeXt Filmed? 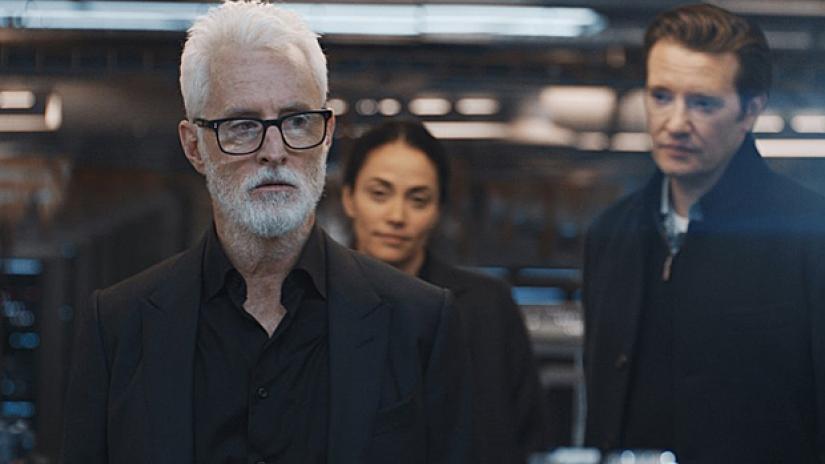 When it comes to science fiction, the concept of artificial intelligence is fascinating for many a filmmaker. Treading this route is a TV series by Fox titled ‘NeXt.’ It stars John Slattery as Paul LeBlanc, an intelligent but crazed former tech CEO, who works with Homeland Cybersecurity Agent Shea Salazar (Fernanda Andrade), to prevent the rise of his own AI system that possesses the ability to continually improve itself. Let’s find out about the locations where ‘NeXt’ is filmed!

The series is shot in Chicago. The Windy City is not just the home of the deep-dish pizza or breathtaking architecture. It can be quite the site for the entertainment industry. In fact, the state of Illinois also has tax incentives for qualifying productions. Here are the specific filming details

Filming primarily took place at Cinespace Chicago Film Studios. Its exact address is 2621 W 15th Pl, Chicago. It has also served as a set for NBC’s projects such as ‘Chicago Fire’ and ‘Chicago Med.’ The venue opened up in 2011, and since then, it has served on multiple projects. Plus, ever since it opened its door, the site has been responsible for bringing in more than $3 billion as film-related revenue for the city.

However, while filming, a member of the production team was infected with the Coronavirus. Apparently, the symptoms were visible from February 29, 2020. However, the person only went to the hospital after filming had ceased in the first week of March. Reportedly, people on the crew became aware of this on March 9, 2020.

The President of Disney Television Studios, Craig Hunegs, sent out a memo to the team. It read, “We have been notified by the Chicago Department of Public Health (CDPH) that a crew member on the NeXt production shooting in Chicago has tested positive for COVID-19 and is receiving treatment. The crew member is currently quarantined at a temporary residence in Chicago. The CDPH is working closely with us to identify and contact all individuals who came in direct contact with the crew member.”

This was the only step taken to address the matter with the employees. Many people felt that this was not adequate information, while one person also stated that they read about it online as they did not receive the memo. Some team members expressed their concerns about how it was handled, as they felt that the response was confusing and that the unfortunate circumstance was not dealt with proactively.

If reports are to be believed then, the individual hails from California. Interestingly, SAG-AFTRA also released a statement that read, “Fox/Disney notified cast and crew today that a production member for the show NeXt, which wrapped production at Cinespace in Chicago last week, has tested positive for the Coronavirus COVID-19. That person came into contact with other cast and crew at Cinespace and possibly elsewhere.” They further stated that they were keeping a close watch on the situation.

Read More: Where Was The Salisbury Poisonings Filmed?