Nick Merico: Everything You Must Know About Him 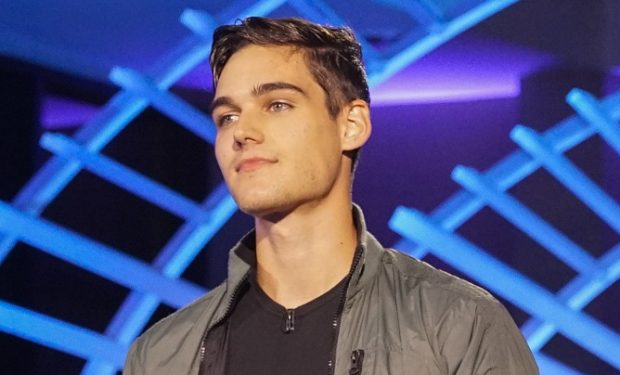 Nick Merico drew the attention of many, in the last season of ‘American Idol‘. A lot of it was because of Katy Perry’s interest in him. Having gotten in through with a rendition of Amy Winehouse’s ‘Back To Black’ on the piano, Nick headed to Hollywood.

Now, the singer is back on the new season of ‘American Idol’ and has managed to get another chance, with a performance of Lauren Daigle’s ‘You Say’. With a resurgence of interest in Nick Merico, especially with how the judges have treated him, naturally, you might be wanting to know more about this dreamy, talented performer. We have got you covered in that regard.

What Happened to Nick Merico On ‘American Idol’?

Since we have mentioned that Nick was already headed to Hollywood in the previous season of the show, you might be wondering about what happened to him. Well, Nick quit the show because of family reasons. He did not go into the details of what happened, but it must have been serious.

In the new audition, Nick asserted that personal reasons had forced him to quit, and last year was sort of a ‘bootcamp’ for him, in that regard. However, Katy did not seem too impressed, saying that his ‘ghosting’ had triggered her. Lionel Richie too said that he did not like Nick’s attitude. However, the judges urged him to work on his ego before officially sending him forth to Hollywood Week. Thus, this is the second time Nick has made it to Hollywood Week in ‘American Idol’. Notably, he performed both songs on the piano.

You can check out Nick’s audition for the current ‘American Idol’ season, below.

Where is Nick Merico From?

Nick Merico has stated in the show that he is from Miami, Florida. However, some reports have stated that the 24-year-old was born in Argentina on December 29, 1995. One thing that is certain is that Merico resides in Hollywood, California. In fact, you can check out a post made by him when he turned 24. He can be seen in Hollywood with his sister, thanking his close ones for love and support.

Made it this far , im thankful for everyone who made these years full of love and timeless memories. I’m Turning 24 today 🎂 here’s to many more 🥂

Nick’s mother is Cheryl, and his father is named Fredy. His father coaches a travel soccer team. Nick is incredibly close to his older sister, Lexi. She is a professional photographer, whose pictures of Noah Cyrus, Miley Cyrus‘ sister, has made it to Billboard. When Lexi relocated to the West, Nick was one of the first people to congratulate her on working towards her dreams. You can check out Lexi’s work below.

Hey guys! Just poppin in to show you I made it on another @billboard and single cover for @noahcyrus 🥰 Feeling super blessed and ready for the next 🤞🏽💝

As for Nick’s relationships, if he does have a partner, he is keeping it a secret. When previously asked by Katy Perry, he had mentioned that he did not have a girlfriend, or ‘many girlfriends’ because he wanted to focus on his career.

If you think that Nick Merico is somewhat familiar, and you might have seen him elsewhere, apart from ‘American Idol’, you would be absolutely correct. Nick has somewhat of a career as a television show star as well. In fact, Nick mentioned to the judges during the previous season that he had appeared in television shows.

His first appearance is reportedly in ‘Charlie’s Angels‘, the 2011 series. However, Nick is better known for having played the role of Daniel Miller in ‘Every Witch Way’. The Nickelodeon show sees him play the part of a swim team champion who becomes the object of affection of two witches.

Nick Merico is evidently good looking as Katy could not help but point out during his first audition. However, Nick is a triple threat when it comes to talent as well. He can sing impressively, and play the guitar and piano too. Nick has covered songs like Juice WRLD’s “Lucid Dreams” and Dua Lipa’s “New Rules.” He also signed with a label and released “Say Your Love”, a single in March 2018. You can check out his post below.

Nick also has his own YouTube channel, and as you can see from the Tweet below, he is an official artist on Shazam. It remains to be seen how the new season of ‘American Idol’ is for the performer, but he has certainly managed to cement his place in the spotlight.

I am now a @Shazam Official Artist! Visit my artist page at https://t.co/VmHCuhHpIG @shazam4artists pic.twitter.com/060E6ZPbnn