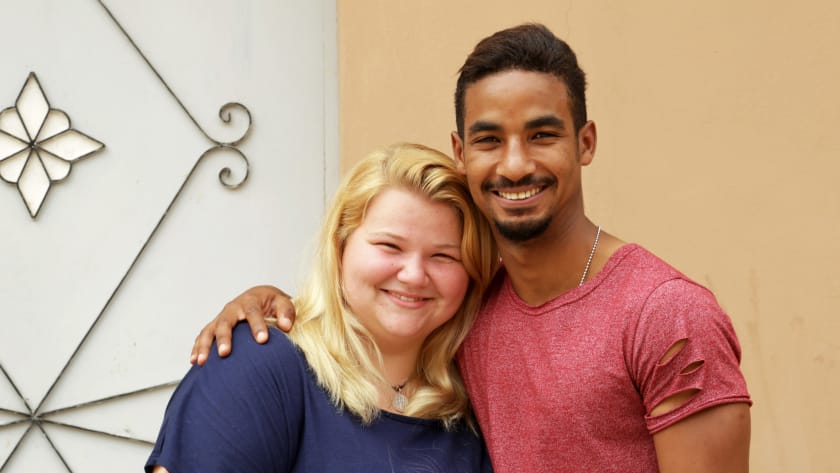 ’90 Day Fiance’ is a TLC original series whose popularity has turned it into a franchise having a total of seven spin-offs. The original show revolves around the stories of international couples as they try to get married after they have applied for or received a K-1 visa, which is the unique visa for foreign fiances of American citizens. The show depicts the couples’ journey as they attempt to overcome all their differences so as to start their lives together in America.

Season 4 of the series, introduced us to Nicole Nafziger and Azan Tefou, whose rocky relationship we followed in season 5 as well. Having been the stars of the reality series on two occasions and giving fans all the details of their romance, its only natural for the latter to still be curious about their relationship. So, here is all that we know about it.

Nicole from Bradenton, Florida, and Azan from Agadir, Morocco, met how most international couples meet these days, via an online dating app. They talked continuously and formed a relationship, and after a while, they decided that it was time for them to actually meet in person and get married.

Despite her parents’ wishes and concerns, Nicole left her daughter from a previous relationship, May, with her sister and traveled to Morocco for 5 weeks. Since they had never seen each other in real life, when Azan met her at the airport, he remarked that she was “big…a little bit,” which made things a little awkward till the time he admitted that he was happy with her.

Their troubles, however, began when their cultures clashed. Nicole wanted to be affectionate with her love but he outrightly refused her saying that it was not acceptable in his culture to do any of the things she wanted to do before marriage. She felt shunned and insecure when he started becoming irritated with her, but once she met his family, things improved a little. Even though Nicole admitted to her infidelity and refused to covert her religion, Azan still proposed to her, which she happily accepted.

Their financial troubles made them postpone their wedding but the next year, after Nicole’s father and stepmother agreed to sponsor him, she took her daughter and went to Morocco again. And just like in season 4, the couple started to frequently argue about their cultural and lifestyle differences. This time, Azan even struggled to trust her because of her previous cheating. They ended this stint on reality television unmarried.

Yes, they are. Although they have had to postpone their wedding twice and face a lot of ups and downs in their long-distance relationship, Nicole and Azan are still together and stronger than ever. More than two months ago, Nicole went to Morocco again to meet with her fiance, but due to the COVID-19 pandemic and the flight restrictions, she found herself turning her few weeks long trip into an indefinite stay.

So happy to finally be with my love again♥️

I never want to leave your side my love♥️

Her daughter, May, has been living with her grandmother this entire time, and Nicole has faced a lot of backlash for “abandoning” her when all did was travel to meet with Azan. Along with that, there have also been rumors that Azan has another girlfriend in his home country with whom he has fathered a child. But, none of these accusations have proved to be strong enough for the couple’s relationship to crumble. Nicole’s mother has even stated that Azan has denied the cheating allegations against him.

Despite all the drama that has been surrounding them since their debut on television, Nicole and Azan seem incredibly happy to be with each other. Azan even treats May as his own daughter even though he is not biologically related to her. It’s like the three of them are an actual, proper family. Their future, though, remains unsure because Azan has not yet been approved for the K- visa, so only time will tell when and if at all they can get married in America.

Read More: Are David and Annie From 90 Day Fiance Still Together?