Nicole Anthony From Big Brother: Everything We Know

One of the most successful reality TV shows ever, and a great social game, ‘Big Brother’ is now in its 22nd season running. Season 22 is a special “All-Stars” edition that sees fan-favorite players from previous seasons return to the BB house to play in an epic social game. 25-year-old Nicole Mary Frances Anthony is back in the BB house after finishing her first stint in BB21 just last year. Here’s all that we know about her.

Nicole Anthony: Where is She From?

Nicole is a native of Long Island, New York, born and brought up. She lives with her parents and sister and hopes to move out of her parents’ house in the near future. As a kid, Nicole used to be a bit of a terror (in her own words). She once called 911 on her parents because she didn’t get her way. Another time, she locked her parents in their basement just because they wouldn’t tell her what were the contents of a bag. Before her time on BB21, Nicole was working as a pre-school aide.

They say when one door 🚪 closes, another one opens… or, in my case, when one gets locked 🔒, it's story leads to a key 🗝 to the BB doors! Shoutout to this door, this lock, and the story of me locking my parents down the basement, which, this time last year, contributed to my getting cast on BB21. And, to this day, I'm STILL won over with chocolate 🍫… just sayin'… Feeling extra nostalgic these days. Thank you to EVERY. SINGLE. PERSON. whom I've had the pleasure of adding to my life between last year and now… and with whom I've been able to share my story. Much love! xoxo 😘😘

Nicole went into BB21 a timid caterpillar and emerged a confident butterfly. She is known for her kind, sunny nature, and quirky personality. Her non-confrontational ways in BB21 made her a non-threat in the eyes of the other players, although, she did get publicly ostracised by the main power alliance “Unde9able”. Nicole had one ally, Cliff Hogg III, who she worked with until she got evicted.

Displaying admirable resistance in the face of adversity, Nicole somehow clawed her way to the final three before getting eliminated. She won the title of “America’s Favorite Houseguest” alongside $25000 prize money. By her own admittance, Nicole used to be wary of entering a room in which other people were already talking and she would never jump into pre-existing conversations. By the end of BB21, however, Nicole had grown in social skills and confidence. She is now more comfortable in her own skin and more comfortable interacting with strangers and speaking up for herself. 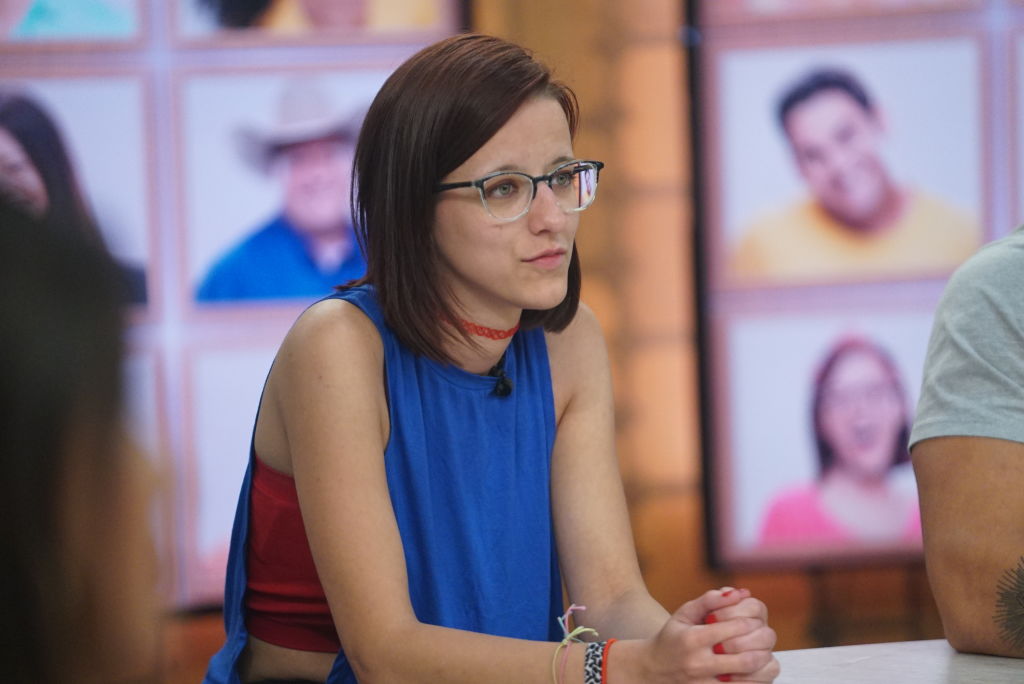 After BB21, Nicole did not return to being a pre-school aide. Instead, she started a successful podcast which she co-hosts with her close friend Eric Curto. She met Eric in 2019, after Big Brother season 21 had ended and they immediately connected over their shared love of Long Island and reality TV. Their podcast is called “Hello, Friends!” and features Nicole and Eric sharing personal anecdotes and their thoughts on the current reality shows.

Hello, Friends! Have you heard?! Eric @realityrecaps and I have just launched a weekday podcast sure to put a smile on your face! You can listen now on all of your favorite podcast platforms! Just search "Hello, Friends!" on Spotify, iTunes, Google Play, and Stitcher! And be sure to follow it at @hellofriendsinsta today! Hooray! #podcast #hellofriends

Nicole Anthony’s Boyfriend: Who is She Dating?

Tommy Bracco, Nicole’s co-star on ‘Big Brother 21’, has repeatedly said to her on BB21 that she would be the perfect match for his younger brother Philip as they both have similar personalities and positive outlook towards life. Philip has, in the past, said that he would vote for Nicole as his Favorite Houseguest over his brother Tommy.

We escaped!… barely… but a win's a win!! And hey, I'm currently undefeated!! Yesterday was so much fun hanging-out with @philipbracco in NYC!

After BB21, Nicole connected with Philip on social media before meeting in real. They both started hanging out and went to a lot of escape rooms together. Apparently, Philip shares Nicole’s love of mystery and puzzles and adventures. They started posting a lot about each other when the year began and in February 2020, they both announced on their Instagram (with a series of cute photos together) that they were officially dating. Most of her housemates from BB21 were very happy and wasted no time in showering the new couple with congratulations. Tommy Bracco even dubbed himself “Wingman of the Year”.

But unfortunately, the couple broke up after a few months together due to the distance and stress caused by the Coronavirus pandemic. Nicole Anthony is currently single and focusing all her energies into winning the all-stars installment of BB22.

Read More: Tyler Crispen From Big Brother: Everything We Know