Where is Nicole Lewis From My 600-lb Life Now? 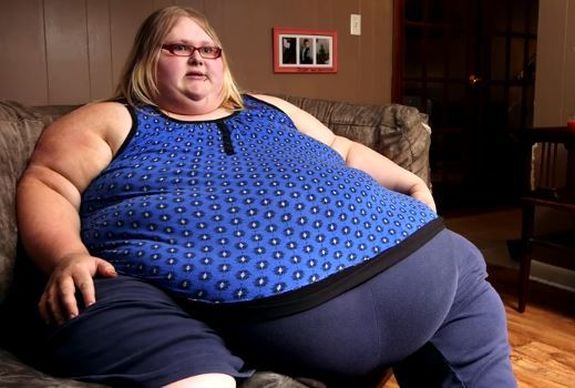 If you’re not familiar with the concept of the TLC show ‘My 600-lb Life,’ let us guide you. Each episode of the series follows a different morbidly obese person, with a minimum weight of around 600 lbs (270 kgs). The show documents their weight loss journey for a year as they try to come down to a healthier level, so as to live a long and relatively normal life. This whole year-long process is done in Houston with the help of Dr. Younan Nowzaradan or Dr. Now, a strict diet, exercise, and later on, weight-loss assist surgery.

Nicole Lewis, the then 23-year-old, was the subject of season 5, episode 9 of ‘My 600-lb Life.’ The mother of two from Ohio reached out to Dr. Now when she realized that if she continues on with her eating habits and doesn’t turn her life around, her two young kids would be left without a mom.

Nicole didn’t have a carefree childhood. She was raised by drug-addict parents and had to find comfort somewhere. “Even as a toddler, I remember food was what made me happy,” she said during her episode. “When I was little, me and my mom never really got along because she had a really bad temper and would explode on me for things that I just didn’t understand. And when that happened, I would always run to the garage, because my dad would be out there working on something. So I would just sit with him, and he would give me a snack. And that was safety.”

By the time she was a teenager, she had already crossed the 200 lb mark, and when her parents’ addiction worsened, so did her obsession with food. At one point, Nicole had reached 700 lbs and was forced to bathe outside because she couldn’t fit in the bathroom.

Ashamed of her weight and desperate for change, Nicole went all the way to Houston, Texas to meet up with Dr. Now and finally began her weight-loss journey.

Where Is Nicole Lewis Now?

Although Nicole’s bad eating habits and food obsession had been going on for years, after a little while in the program, she was able to adjust to her new diet and exercise plan provided by Dr. Now and was eventually able to shed enough of her weight to be approved for the weight-loss surgery.

In her year in the program, Nicole lost a total of 163 lbs. Her progress was threatened when she was evicted from her home in Texas and had to move back to Ohio, away from Dr. Now and with a brand new diet plan, but it doesn’t look like she has let it have a lasting effect her weight-loss journey.

Nicole used to update her fans with how she had been doing and her progress on her now-defunct Facebook profile. It looked like she had lost a significant amount of her body weight and was now able to live life the way she wanted. In 2018, she also revealed that since she had regained control of her life, she will be attempting to join the workforce again, after a four-year gap.

We hoped to see Nicole again on another Where Are They Now episode, but since she has recently sued the production company behind ‘My 600-lb Life’ for fraud, the chances of that happening are slim to none. Nicole sued the company stating that they failed to make good of their promises to cover her medical bills and pay the six-month living expense they said they would.

Read More: Where Is Lashanta White From My 600-lb Life Now?