Where is Nicole O’Brien From Too Hot to Handle Today? 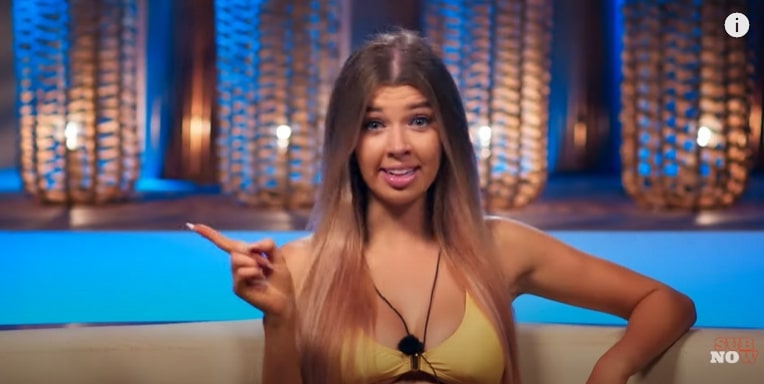 A group of ten hot singles finds themselves locked away in a luxury island villa for one month. With strong sexy men and gorgeous seductive ladies trapped in one place, hormones are sure to shoot through the roof! The only twist is that they cannot engage in any sort of sexual activity. This is the basic concept of Netflix’s new reality show ‘Too Hot To Handle’. Physical intimacy is a big no-no in this series just because the players are being encouraged to develop meaningful relationships. Many try to resist the temptation of a quick fix and break the cycle of the toxic modern-day flings. But, only one gets away without participation – Nicole!

Nicole O’Brien, one of the cast members of this steamy series, is a young model belonging to Ireland. Having graduated from the University College Cork in 2018 with a degree in commerce, she is an aspiring actress.

Nicole’s journey in the show started as a fun party girl, but she failed to capture any attention from men. She didn’t make a move on anyone and was probably waiting for someone to approach her. This wasn’t exactly a smart choice as the only limelight she gets is when she is participating in workshops, hanging out with the group by the pool, or backbiting about men with her girl squad.

Nicole also sneaks in her five minutes of fame by giving out words of wisdom to Chloe. Chloe and Nicole become best friends on the show. Nicole acts as a wing-woman for Chloe’s two failed connections. She can be seen supporting her, comforting her, and offering advice. But other than that, Nicole does nothing to form a connection. She doesn’t put in any effort but still manages to get a piece of the prize money by just not participating in the process at all!

The only achievement she has on the show is that she doesn’t get into anyone’s pants. She can also be seen judging those couples who broke the rules and got intimate with each other. It seems like she only had eyes on the prize money!

Where is Nicole Now?

Nicole has now moved to London. Surprisingly, she didn’t travel anywhere with the cast members to celebrate the completion of filming. But, she still seems to be in touch with everyone. All cast members are quick to like and comment on her latest photos. She is especially close to Chloe, Francesca, David, and Matthew. The group is always appreciating her outfits and new looks. Matthew cannot stop blushing over her big smile. Nicole recently got her hair styled differently. She was also touring Paris in March 2020. By the looks of her Instagram account, it seems like Nicole is still single, traveling, and prioritizing her career over anything!

Being a tourist and all that 💁🏼‍♀️