Who is Night Angel on ‘The Masked Singer’? Clues and Guesses 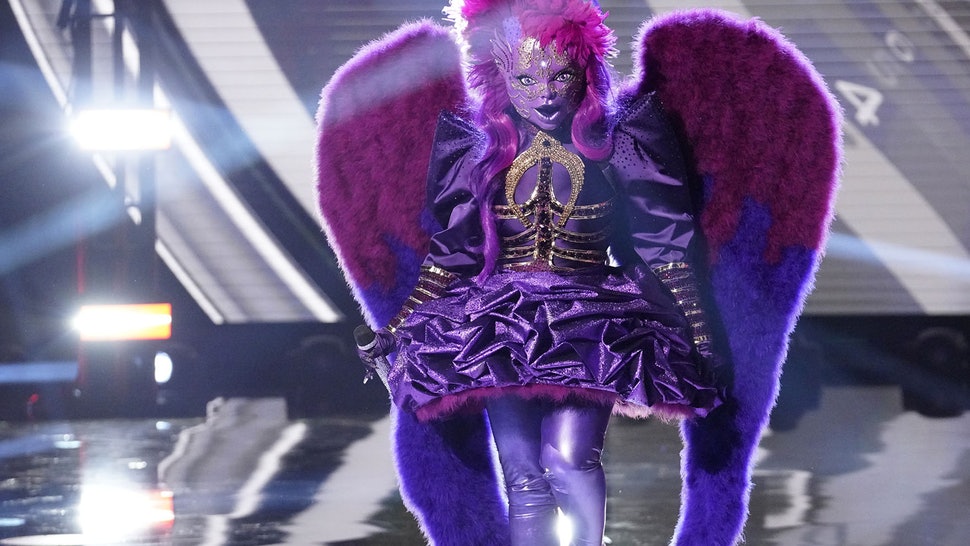 Season 3 of ‘The Masked Singer‘ has given us some wonderful participants, and Group C does not disappoint in this regard, either. With strong stage presence, stellar performances, and intriguing outfits, these singers have kept us guessing. One of the performers, who deserves special mention, in this regard, is Night Angel.

With one of the most enigmatic costumes this season, Night Angel has the internet divided. Some are drawn to the performer’s outfit, while others find it a little scary. Curious as to who might be behind the mask? We have got you covered with all the clues and guesses about Night Angel’s identity.

Night Angel has clearly let us know that there is a dark side to the performer, and something magical. The clue package is set in a motel, with Night Angel telling us that she has felt blessed her entire life. She opens door number four in the motel, which shows dancers wearing duck masks.

She also opens door number five, and has a key marked ‘2’. There, she is greeted by ‘gangster grandmas’. Night Angel believes that fame has not always been positive for her. The performer says she is a little sweet, and a little dangerous. Then, she goes on to open door number six and is dragged into a party. Night Angel joins them, and we hear verbal clues like ‘the boy is mine’, and it is ‘her prerogative to have a little fun’.

You can check out her clue package below. Night Angel has performed Bon Jovi’s “You Give Love a Bad Name”.

The most popular guess seems to be that Night Angel is Kandi Burruss, the star of ‘Real Housewives of Atlanta‘ (RHOA). This is because Kandi has a restaurant called Old Lady Gang. Night Angel refers to the night being mysterious, which fans have taken as a hint to Kandi’s Bravo series ‘Kandi Koated Nights’.

The number ‘2’ on the keychain could refer to her two Grammy nominations, while the numbers on the doors could refer to her song “4, 5, 6”, which she co-wrote with Sole. Towards the end of the package, when she says ‘the boy is mine’ could also refer to Kandi’s R&B duet, that she wrote for Brandy and Monica. Fans also seem to have identified her voice, after hearing Night Angel sing. You can check out a fan’s tweet below, reasoning why Kandi is Night Angel.

Kandi Burruss, @Kandi, is the Night Angel on the Masked Singer. 4,5,6 is a song she wrote for a rapper named Sole, and she owns a restaurant called Old Lady Gang. #MaskedSinger #MaskedSingerFox

Actress and comedian, Leslie Jones, also seems to be a possible guess. After all, she was very excited about Season 2 of ‘The Masked Singer’, but has been rather quiet about the new season. Fans have also pointed out that Night Angel matches Leslie’s body type. Obviously, a guess has been thrown at Jeffree Star being behind the mask.

After all, Star does love bold and bright colors, including pink and purple. He also happens to love gold. Since all three are prominently a part of Night Angel’s outfit, one might realize why fans have reached this particular conclusion.

Twitter is always alive with guesses, and those who don’t agree with these assessments, have reached their own conclusions. One fan has commented that Night Angel might be Stevie Nicks, best known for her work with Fleetwood Mac. If that is the case, then Bon Jovi’s song is very different from what Nicks is known for performing. You can check out the tweet about Night Angel being Nicks, below.

One fan has also tweeted that it might be Shania Twain. For now, Kandi seems like the most well-made guess. However, with further clue packages and performances, we are sure we will be able to narrow in on Night Angel’s identity.