Who is Night Angel on The Masked Singer? 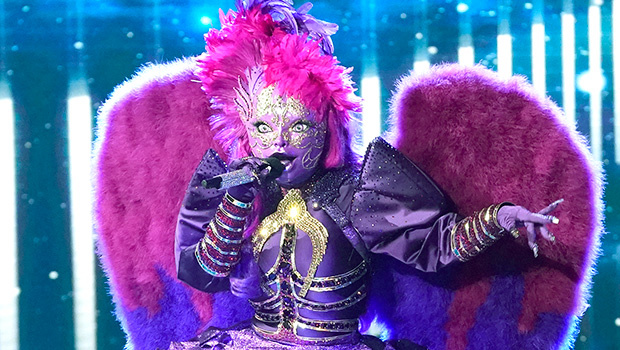 Night Angel has captured our interest and won our admiration with her powerful vocals in ‘The Masked Singer‘ Season 3. Now, as the Fox show is headed towards an end, she remains a frontrunner. However, many fans have been calling for Night Angel to be eliminated because they don’t like her outfit and stage presence. Irrespective of the hate she’s recently gotten on Twitter, she remains one of the most talented performers. It might make you wonder about who’s wearing the Night Angel mask. We have got you covered with the latest clues and guesses.

Despite the dislike from fans, Night Angel is loved by panelists, and she acknowledges that she reached a high point in her last performance. It made her reflect on how far she’s come. Night Angel tells us how she was discovered at the age of four. Her aunt saw her singing into a hairbrush and helped her master the rhythm and flow. She tells us that she has moved on from just singing and is known for other things as well. However, the performer is determined to stay on in the competition to make her aunt proud.

Visually, while Night Angel speaks of her journey, we see her at the piano and notice lipsticks as well as the map of Colombia. Later, we also see a red lightbulb, and some cards addressed to her. The clue from her porch shows snow boots and goggles. You can check out the package below.

We’ve known for quite a while that Night Angel is likely to be Kandi Burruss, known for ‘RHOA’ or ‘Real Housewives of Atlanta.’ The latest clues seem to tie in with the deduction rather nicely. Firstly, Kandi is seen playing the piano in a large room, and we are also treated to a red lightbulb. In January 2020, The Sun shared an inside look at Kandi’s house, and sure enough, she has a piano room where the instrument is wrapped in red crocodile print. The report also states that Kandi loves spending time in the place. Night Angel could be drawing our attention to this in her package.

When she speaks of how far she’s come, we see lipsticks and the map of Colombia. In 2019, Kandi launched her line of lipsticks, and other cosmetics, titled Kandi Koated. While the lipsticks denote the latest progress in her career, the map of Colombia is meant to harken back to her roots. Many could not decipher the clue, including the panelists. However, one can rarely blame them as they can’t access the internet while making their guesses.

If you delve into Kandi’s career, it becomes clear that her debut album ‘Hey Kandi,’ was released by Columbia Records, marking the start of her solo journey as a musician. Nicole is one of the panelists who can establish the Destiny’s Child connection in Night Angel’s clue package. The performer has given several clues to this effect, and as fans know, Kandi did quite a bit of work for Destiny’s Child. That said, we are not quite sure what the snow boots and goggles mean. It could refer to the fact that the guesses about Night Angel’s identity have been cold so far. However, we’re hoping it is something the performer clears up once she’s unmasked.

For now, you can check out a tweet below, where a fan asserts that Night Angel is Kandi Burruss. Once we get more clues, over the next couple of episodes, it will help us ascertain who is wearing the Night Angel costume.

I also think Night Angel on Masked Singer is Kandi Burress! This last song sounded just like her😁