Will There be a Night at the Museum 4? 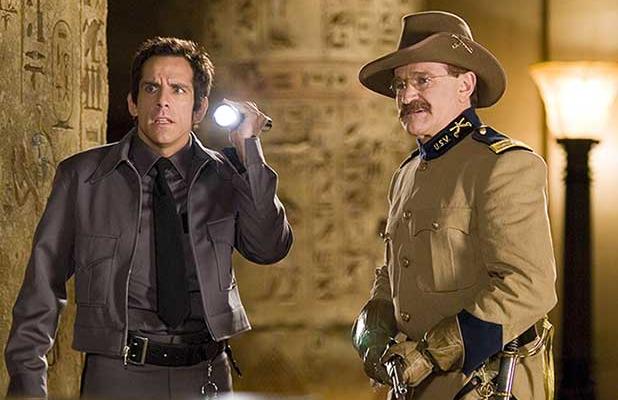 “Everything comes to life” – that is the tagline of ‘Night at the Museum’, and boy, does it deliver. It is through this fantasy-comedy trilogy that history actually came alive. We witnessed a side of the museum that we definitely wouldn’t have, on tour. The films, with their heart in the past, dive deep into the spectacle, creating charming adventures that give the trilogy the potential to be timeless children’s entertainment.

Levy has been very clear that the third movie would be the last with the characters, as he believes there has been a shift in the family film genre. The films were modestly successful commercially but each sequel earned lesser than the previous one. So, in all probability, there won’t be a fourth ‘Night at the Museum’ film. But there’s still hope for more from the franchise as an apparent reboot is in talks. Here’s everything we know.

Night at the Museum 4 Plot: What Can It Be About? 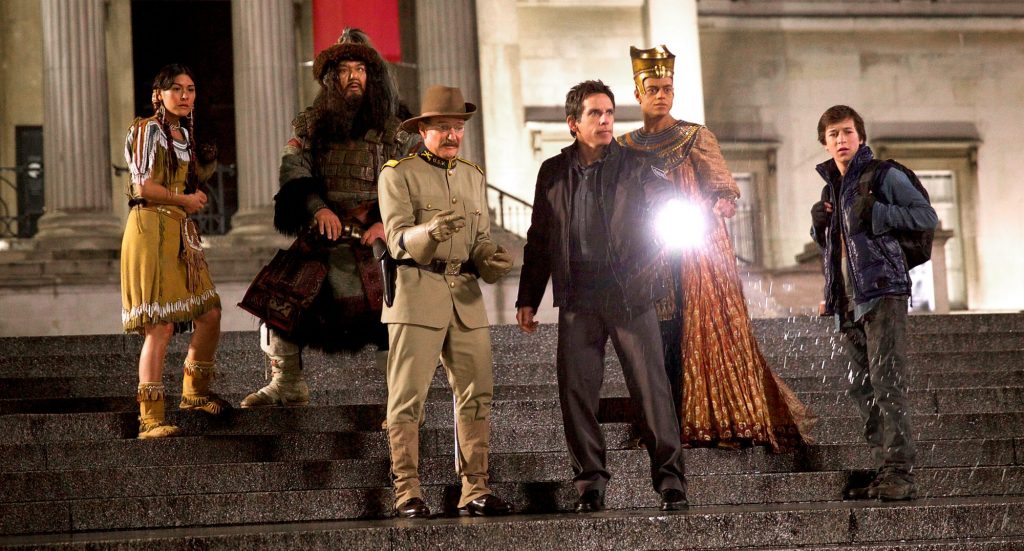 The film series explores the life of Larry Daley, a divorced father trying to find a stable job. Larry ultimately takes up the seemingly easy job as the night security guard at the American Museum of Natural History. But he soon discovers that everything inside the museum comes to life at night. These include Rexy, a dog-like, Tyrannosaurus skeleton, a wax model of Theodore Roosevelt and an Old West cowboy Jedediah, among several others. Roosevelt explains to Larry that the exhibits come alive due to the Golden Tablet of Pharaoh Ahkmenrah. The rest of the film explores their adventures.

The second part of the film takes Larry, now a former night-guard, to Washington DC after he learns that Dexter (the monkey) has stolen the Tablet and taken it to the Smithsonian Institution. The final part has Larry finding out that the tablet is corroding, with its magic failing. Larry and the team of exhibits, along with his teenage son, Nick, set on an adventure to the British Museum.

The group finds a way to stop the curse and save the exhibits. However, the film ends with them deciding that Ahkmenrah and the tablet should stay with his parents. This means that the New York exhibits can no longer come to life. The film ends with Larry bidding farewell to the group and moving on with his life.

If at all ‘Night at the Museum 4’ happens, it would probably lead to another reunion between Larry and the group of exhibits, as they set out on yet another adventure in their own museum or some other part of the world. Perhaps, the group has to go to Egypt this time, as they learn that it’s the only way to keep the tablet’s magic from fading.

It should ideally also explore the father-son relationship between Larry and Nick. As each one of the films has taken a time leap, the film could have Nick as a much older man in his twenties, who no longer takes the museum and the tablet’s magic seriously.

Night at the Museum 4 Cast: Who Can Be In It? 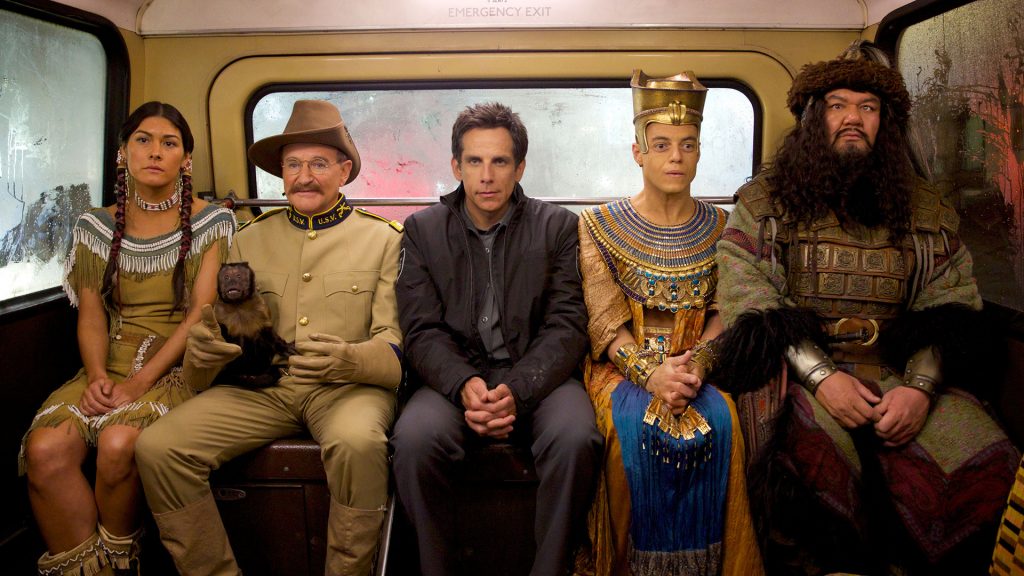 There won’t be a fourth part to ‘Night at the Museum’, but if there was going to be one, it would certainly be a treat to have Stiller return as Larry, along with the rest of the cast. It would also be fun to have exhibits from the UK reuniting with the ones in the USA.

Sadly, this is nothing but a dream, especially after Robin Williams, who played Roosevelt, passed away in 2014. The third part of the series was dedicated to his memory and was also his last 0n-screen performance. There is no denying that ‘Night at the Museum’ will never be the same without Williams, which makes a fourth part less of a possibility.

Night at the Museum 4 Crew: Who Can Be Behind It?

If ‘Night at the Museum 4’ is ever going to happen, we could definitely expect Shawn Levy to be behind it. Sadly, this is not the case, and as Larry bid farewell to the group, so did we, at least in one way. Levy clearly stated in an interview that the third part was the final film in the franchise:

“That was a great run. The family film has shifted; I think we see that everywhere. Ben [Stiller] and I knew that the third movie would be about the characters saying goodbye and us also saying goodbye. And then when Robin [Williams] died, that sealed it. That was just a horrible many months.”

But luckily, there are more things in store for us. Levy also went on to say that though ‘Night at the Museum 3’ was the final film, the franchise certainly has more to explore. If and when that happens, we can expect Levy to be behind it in some capacity or the other. He said:

Night at the Museum 4 Release Date: When Can It Premiere?

As we have been told there wouldn’t be a fourth part to the series, we shouldn’t really expect one. But if at all it does happen, ‘Night at the Museum 4’ will be a thing of a more distant future. Thus, we should only expect it to release around 2025 or later if it does release at all.

But for all of you who miss history coming alive, we come bearing some good news. In August 2019, Disney CEO Bob Iger announced that a reboot of ‘Night at the Museum’ will premiere on Disney+ in the future, though it is not specified when, or if it will be series or a film.