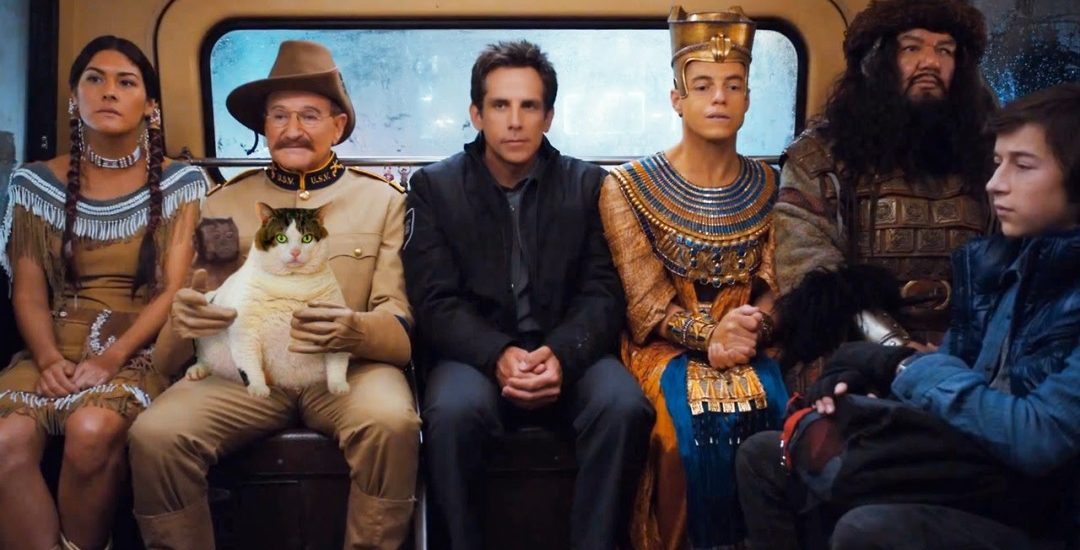 Despite a decidedly tepid reception by the majority of critics, Ben Stiller’s 2006 fantasy comedy film ‘Night at the Museum’ was regardless, a thumping commercial success, being one of the more striking and creative family movies to come out. With a fun premise, star-studded cast including the likes of Robin Williams, Owen Wilson, Steve Coogan, and Paul Rudd, and plenty of historical wish-fulfillment, ‘Night at the Museum’ remains one of Stiller’s most successful films ever.

Night at the Museum’ follows down on his luck dad Larry Delay, who is divorced, unemployed and generally failing at life. Worst of all, his mounting troubles are also affecting his relationship with his young son Nick. Close to hitting rock bottom, Larry reluctantly takes up a job as a night watchman at the Museum of Natural History in New York City after three old guards have retired. An inexperienced Larry is in for the shock of his life on his first night on the job, as all the museum exhibits magically come to life, leading to absolute pandemonium in the museum.

If you were wondering what are ‘Night at the Museum’ filming locations, here’s everything we know.

Where Was ‘Night at the Museum’ Filmed?

The majority of the plot of ‘Night at the Museum’ takes place inside the American Museum of Natural History in Central Park West, Manhattan, New York City. As the world’s largest natural history museum, the location needs no introduction as an iconic New York City landmark.

However, while the American Museum of Natural History is a prominent backdrop in the movie, the majority of the filming did not actually take place on location. As a major public attraction and archive for countless historical, cultural and scientific artifacts, filming an entire action movie inside the premises of the institution was never going to be a realistic option. Instead, the majority of the filming took place on a specially constructed studio in British Columbia, Canada.

The external shots for the museum in the movie were filmed on location at the American Museum of Natural History in Central Park West at 79th Street, Manhattan. The museum is a truly iconic New York institution established over one and a half centuries ago in 1869. The complex comprises twenty-six interconnected buildings with 45 exhibition halls, a planetarium, and a massive library. The museum houses over 34 million specimens of animals, plants, fossils, minerals, meteorites, and various cultural artifacts. The American Museum of Natural History is also a veritable academic institution with a full-time scientific staff of over to hundred experts and over a hundred sanctioned field expeditions each year.

Check out these pictures of the Museum of Natural History:

Given its illustrious status, the American Museum of Natural History has also featured in numerous other films including the biographical drama ‘Malcolm X’, the sci-fi comedy ‘Men in Black II’, and the action comedy ‘Teenage Mutant Ninja Turtles: Out of the Shadows’.

The majority of the filming for ‘Night at the Museum’ took place on a specially constructed set in the studio in the city of Burnaby, British Columbia, Canada. The set was based on the actual American Museum of Natural History in New York City and closely resembled its interiors.

The city of Burnaby and the larger British Columbia region in Canada remains a hotbed for film and TV production largely due to the geographical versatility of the region and the enticing tax breaks and incentives offered by the Canadian government to foreign productions. Other prominent films and TV shows filmed in Burnaby include ‘Sonic the Hedgehog‘, ‘Supernatural‘, ‘The Revenant‘, and ‘Man of Steel’.

Read More: Where Was Friends Filmed?