Will There be a ‘Nightcrawler’ Sequel?

Screenwriter and director, Dan Gilroy, made a remarkable directorial debut with his critically acclaimed neo-noir thriller, ‘Nightcrawler‘, which serves as a disturbing, but equally relevant, critique of modern media practices and consumer culture. Gilroy received immense praise for the film’s brilliant screenplay, which also won him an Academy Award nomination. ‘Nightcrawler’, is perhaps the best film out there that shows the atrocious, horrifying side of the American dream. It captures capitalism at its absolute darkest with its cynical, disturbing, dark humour.

‘Nightcrawler’ gives us Lou Bloom, the protagonist we deserve, for he is the monster, and we created him.  Jake Gyllenhaal‘s performance as Bloom, the titular protagonist villain of the film, is probably his best till date. In its essence, the movie is an anti-hero success story. Gilroy creates for us a deeply disturbing, perverse and manipulative character, who stops at nothing to get what he wants, but purposefully doesn’t make him psychotic. Bloom cannot be dismissed as a psychopath as he is the product of the society, a manifestation of the worst side of unregulated capitalism.

The story centres around Louis Bloom as he looks for work, and eventually decides to become a stringer for news channels, going to extreme lengths, and crossing all boundaries to unethically and illegally get his footage. The movie has him rise in the media world, as he engages in increasingly unethical actions, and ends with him triumphantly succeeding. The movie’s cynical, deeply uneasy and jarring ending leaves a lot to ponder about, as ‘Nightcrawler’, is truly a reflection of our times. With the rise of technology, social media and “fake news”, and of course, the growing reign of new channels, the film becomes more relevant than ever today, than it did in 2014, and remains a must-watch. But will it get a sequel? Here’s everything we know.

Nightcrawler 2 Plot: What Can It Be About? 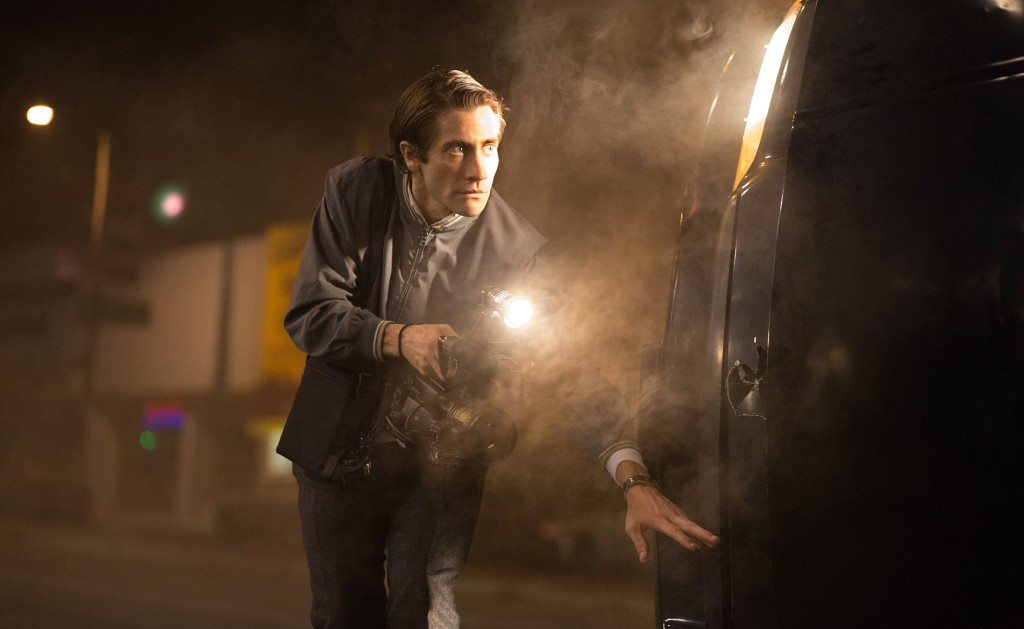 Unregulated capitalism is at an all-time high, and all of us are its slaves. ‘Nightcrawler’ then is as much a disturbing satire on the system, as much as it is on us. We make the system. We are the consumers. The movie ends with Lou Bloom succeeding because it is this system that rewards only people like him. We reward him. We want him to do all those unethical things because we are the ones who crave to see that violence. As the stringer in the beginning of the movie says, “If it bleeds, it leads”.  We want it to bleed.

Lou, then, is not just the villain, but a successful entrepreneur, giving the system what it desires. He gives the media channels what they want from him, blood and violence, and news that can be sensationalized. This has always been the case with news, as Gilroy was originally inspired Weegee’s photographs from 1940s New York. He then learned about the stringer profession and further developed his idea. Interestingly, it’s never not relevant. It was incredibly relevant back in 2014, and it’s even more relevant now as each day feels more and more like a ‘Black Mirror‘ episode. Gilroy says that he doesn’t want to work on a sequel, but he does have something to add about where Lou ends up:

“I always thought that if you came back ten years after the end of Nightcrawler, Lou would be running a major corporation. Every quality that he exhibits in that movie would serve him so well in the boardroom.”

So, if there were to be a sequel to ‘Nightcrawler’, it would be based during the current times, with Lou running a successful major corporation. It would be interesting to have new people working under him, his interns, and perhaps now, his employees, who he mentors. Do they fail like Rick did? Or are they another Lou in making?

Nightcrawler 2 Cast: Who Can Be In It?

Gilroy’s ‘Nightcrawler’ is what it is because of Jake Gyllenhaal’s performance as the ever unnerving Lou Bloom, which is often stated to be his finest performance till date. His performance as Lou, with his uneasy humour, fast-paced monologues, and morbidly motivational dialogues that leave one charmed but unsettled, is what made the film so appealing but equally horrifying.

Gyllenhaal lost weight for the role, and as the movie was filmed within 20 nights, he spent most nights working, without sleep. This adds to the vibe of Lou, with his sunken eyes and empty stares, which make him look as cold and heartless as he is when he is making his hunt at night. According to Gyllenhaal, this was done because to him Lou is like a coyote, a creature crawling out at night, looking for his prey:

“They eat anything, they go for anything. Any scrap they can find, if they smell blood, they’ll move to it and that’s Lou, so I just tried to make myself into a coyote.

If there were to be a sequel to ‘Nightcrawler’, it would have to have Gyllenhaal reprise his role as Lou. We could also have Rene Russo back as Nina, who was equally disturbing, and perhaps that’s why, successful. The film should also ideally have a new supporting cast, and even leads, in additional to these.

Nightcrawler 2 Crew: Who Can Be Behind It?

‘Nightcrawler”s brilliance is a sum of all its parts with its brilliant screenplay, characters, performances, visuals and music. And Dan Gilroy was the driving force behind all of that. So, if there were to be a sequel to ‘Nightcrawler’, it would need to have Dan Gilroy’s amazing screenplay and direction. Though Gilroy has stated previously that he is not interested in making a sequel to the film. But since Gilroy reunited with Jake Gyllenhaal and Rene Russo for Velvet Buzzsaw, another satirical thriller set in Los Angeles, we can still hope for a future collaboration between the parties for a sequel to ‘Nightcrawler’.

Nightcrawler 2 Release Date: When Can It Premiere?

A sequel to ‘Nightcrawler’ will probably never be made as writer-director, Dan Gilroy, has clearly said so in the past. But if at all we do get one, it wouldn’t happen anytime soon for sure. Actor Jake Gyllanhaal will be busy with a bunch of upcoming assignments including ‘The Division’, and the mini TV-series, ‘Lake Success’. So, we can only hope for some talk about a sequel to ‘Nightcrawler’ around or after 2023.