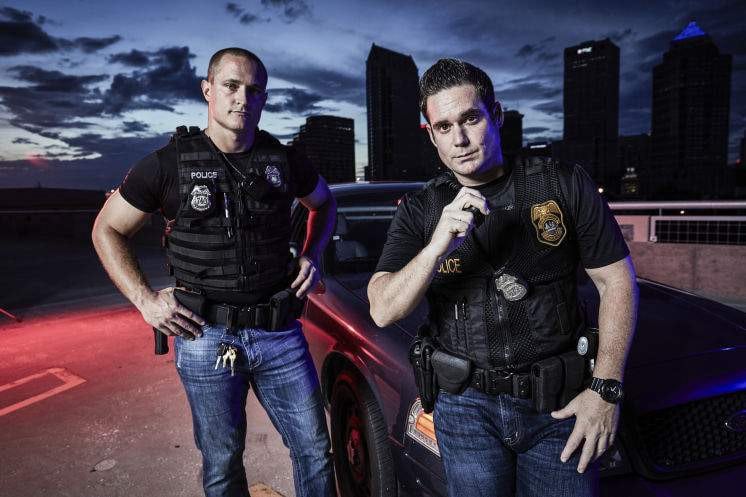 The trend for EMS shows was started by the NBC medical drama Emergency. The show mainly followed the works of firefighters as they brought help to the persons in need. It paved the way for modern shows based on EMS. Watching paramedics bring medicine to people or policemen respond to a bar shootout at the middle of the night became the new rage for television viewers.

Nightwatch Nation follows this trend and gives the viewers an enthralling experience as it goes through the daily actions of EMTs. The EMTs are from five areas which are Baton Rouge, Tucson, Austin, and Yonkers. The nonfiction series first premiered on August 16, 2018, on A&E Network. T. It is the successor to A&E’s Nightwatch which focused on police officers, firefighters and paramedics as they handled grim situations at night.

The first season of the show wasn’t received well. So, now the question is: will there be a Nightwatch Nation season 2? We will try to answer that question, but first let’s look into the details of the show.

Nightwatch Nation Cast: Who’s in it?

The various EMSs from different regions that feature in the series are Baton Rouge EMS, Tucson EMS, Austin EMS, and Yonkers EMS. These real life heroes are the main focus of the show. It’s arguable but the show excels by not showing the private life of these personnel. We only get to know them from a professional angle. According to A&E’s website, the Baton Rouge EMS consists of Nikalondrea (known in the show as Niki) who hails from the outskirts of New Orleans who has been working as a paramedic for ten years.

Prominent members of the Tucson EMS team include Steven and Silas. Both of them are residents of Tucson and enjoyed a stint in the Tucson Fire Department before joining the EMS team. The Austin EMS has Captain Holly who worked as a lifeguard at Barton Springs Pool before becoming a full time paramedic.

Another member is Kimberly, who is a daughter of a firefighter and an ER nurse worked in California for ten years before relocating to Austin, Texas. The Yonkers EMS team has Danelle a native of Jamaica. Before joining Empress EMS in September 2017 she used to be an intern at the Montefiore Medical Center in the Bronx.

Another core member of the team is Patrick who belongs from a family of police officer, paramedic and firefighter. After being a musician for twenty years, he became a paramedic in 2017.

Nightwatch Nation Plot: What is it about?

Nightwatch Nation pursues EMTs in Yonkers, New York, Austin, Texas, Tucson, Arizona, and Baton Rouge, Louisiana as these lion hearts risk their lives to work the busiest and most terrifying shift of the day, the medium-term.

Cameras catch EMTs in real life as they treat people in all sort of medical emergency: from some suffering who had a stroke to cases of heroin overdose. Hustling from city to city, the series pursues numerous groups of bold people who remain determined to take care of American people who are battling life and death.

Nightwatch Nation Season 2 Release Date: When will it premiere?

Nightwatch Nation season 1 premiered on August 16, 2018. The first season got generally positive reviews from viewers and critics alike. Since it’s a non-fiction TV series, it’s hard to get a dedicated fan base just after one season and hence, a show as of this writing does not have a promising viewership number.

The show had the quality from the start since it has Dick Wolf who serves as executive producer. We all know the kind of idea he brings to the table since the days of Law & Order franchise and Chicago franchise. As of now, there has not been any word from the show’s creative team on when will it return for another season. It’s also likely the show won’t be returning at all because non-fiction shows like these require a lot of personnel, and when they don’t rack up a good viewership number, it’s even less likely that they are renewed for another season.

But it is possible that the creative team behind the scenes will bring out another show as its successor. This may focus on EMTs responding to local shootouts as they are becoming rampant in the States. It can follow the incidents that happened before the show’s premiere in a documentary-style narrative and focus on the first responders of the latest incidents. If that happens, one can hope Nightwatch Nation season 2 to release in mid-2020.

Fans can still watch the first season again for nitpicks. Those of you who haven’t watched it yet, check out the preview for season 1 below: