‘No. 6’ is an anime that has a very interesting premise but the style in which it is executed may not exactly suit everyone’s taste. That’s probably the reason why it received such polarizing reviews after its release. For the most part of it, you could say the anime belongs to the sci-fi genre and it’s really commendable how it manages to stick to it throughout. But apart from that, it also touches other themes like Fantasy and Shounen and this is where some viewers seem to have a problem with it. I personally enjoy shounen but for others, the fact that it switches between sci-fi and shounen is not acceptable. Even the art is a little disappointing at times and though it isn’t terrible, it sure is not something you would expect from Studio Bones.

Like most people, I do agree that the premise of ‘No. 6’ is very promising and had the potential of being something truly incredible. But somehow, certain aspects, like its length and also the sidetracked fanservice, lead to its downfall. However, despite its short runtime, it’s really surprising to see how it manages to build its characters in the best possible way, especially Nezumi’s character who will almost bring you to tears by the end of the show. Overall, ‘No. 6’ could’ve been amongst the best anime of the decade if not for the obvious flaws that it has. Even then, it is really enjoyable and its uniqueness is something that is enough to keep you entertained throughout. For those of you who are wondering when season 2 of the show will be announced, we might have some news for you in the next section.

No. 6 Season 2 Release Date: When will it premiere?

‘No. 6’ Season 1 released on July 8, 2011 and came to an end on September 16, 2011. The show also has a manga version and also a different light novel series. The anime is mostly based on the light novel but the ending of all three is very different. Fans absolutely loved the anime adaptation of the novel but they were a little disappointed with the ending of it. But even then, the show managed to gain quite a lot of popularity soon after its release.

Many fans even started to sign online petitions to bring back the anime with a season 2 but as I’ve mentioned in other previews, this approach does not usually work. Even in this case, despite its popularity, there has been no word about its renewal. ‘No. 6’ seems like an anime that was just used for promoting its source material because the sales of the manga and light novel blew up soon after its release. It seems very less likely that after all these years there will be a second season of the show. If anything changes and we come to know about ‘No. 6’ Season 2 release date, we will update this section.

You can watch ‘Number 6’ on Crunchyroll with its original Japanese audio and English subtitles.

A bloody world war came to an end leaving behind a peaceful world where mankind took shelter in 6 different city-states. For the ones who found their place in these city-states, the world now seemed to be a perfect place, but only from the outside. Shion is a boy who lives in the “No. 6” city-state. He lives in the delusional world that everyone else is living in, until one day, thanks to a chance encounter with Nezumi, he discovers the truth about the world outside their supposed Utopia.

Nezumi comes from a wasteland that lies beyond the walls of the six cities that cut them off from the rest of the world. Shion has a very big heart and despite knowing that his new found friend is a fugitive, he provides him shelter under his own roof for the night. But soon, everyone else finds out about this and Shion, along with his mother, lose their elite status. They are thrown out of the No. 6 city-state and are forced to live in the wastelands with many others. This is when they are exposed to the darker side of the world they live in but the bright side to this is that Shion and Nezumi are now able to reunite. The former elite and the boy on the run now set out on an adventure to reveal all the secrets of the six city-states and to bring justice to all the people who live in the most miserable conditions in the wastelands of the world. 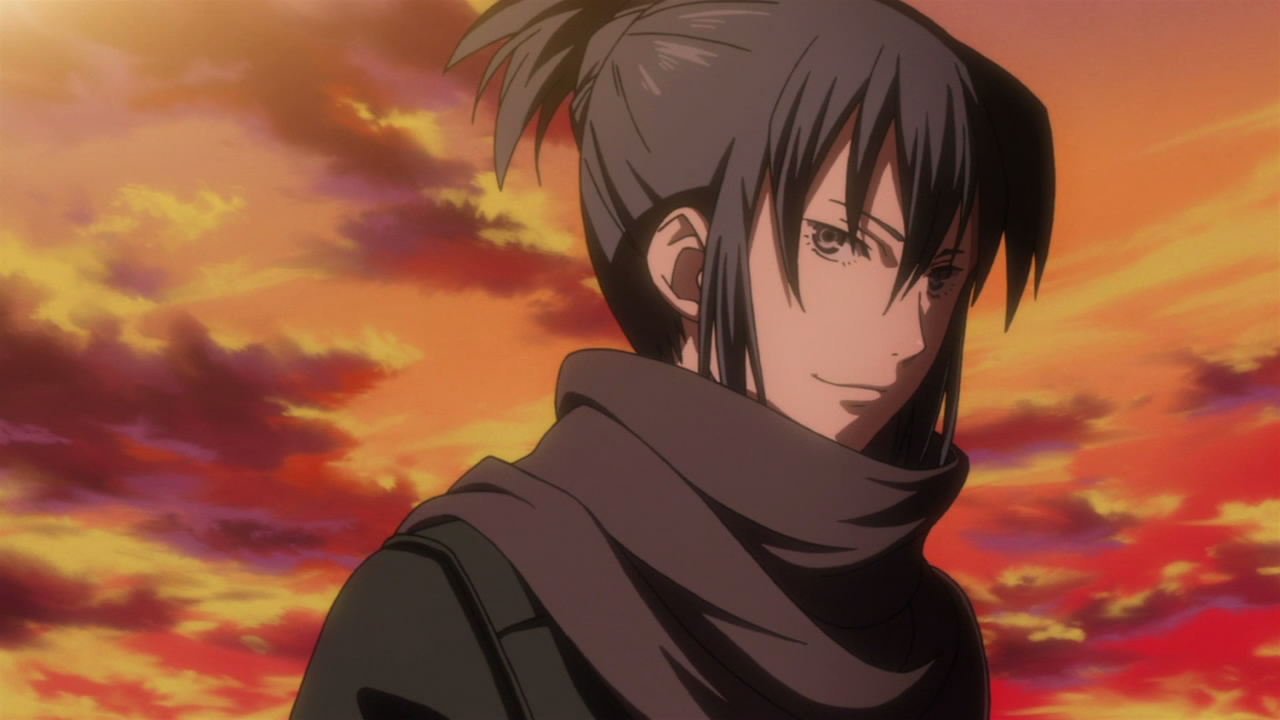 Nezumi, also translated as Rat in English, is the main character of the series. He has a fair pale complexion and slender sharp jawline. He has grey eyes and black hair that is mostly short except for the part that covers his ears. He has a quite an androgynous appearance but also has broad shoulders and a lean muscular body. He has a big burn mark on his back that looks a lot like a human’s hand. He hates being questioned for his actions and is often rude, sarcastic and full of himself. When he wants to get something out of others, he is willing to go to any extent. But no matter how hard he tries to appear tough on the outside, he has a heart of gold on the inside and is often shown capable of some really thoughtful gestures.

He has never had the chance to get any formal education but even then, he spends most of his time reading books about literature, Ecology and also scientific journals. He may be really book smart, but he lacks organizational skills and his room is often found to be really messy. His survival instincts are way ahead of most adults and his cold nature allows him to deal with people in a better way. But despite that, he has a soft spot for Shion and often puts him before himself. 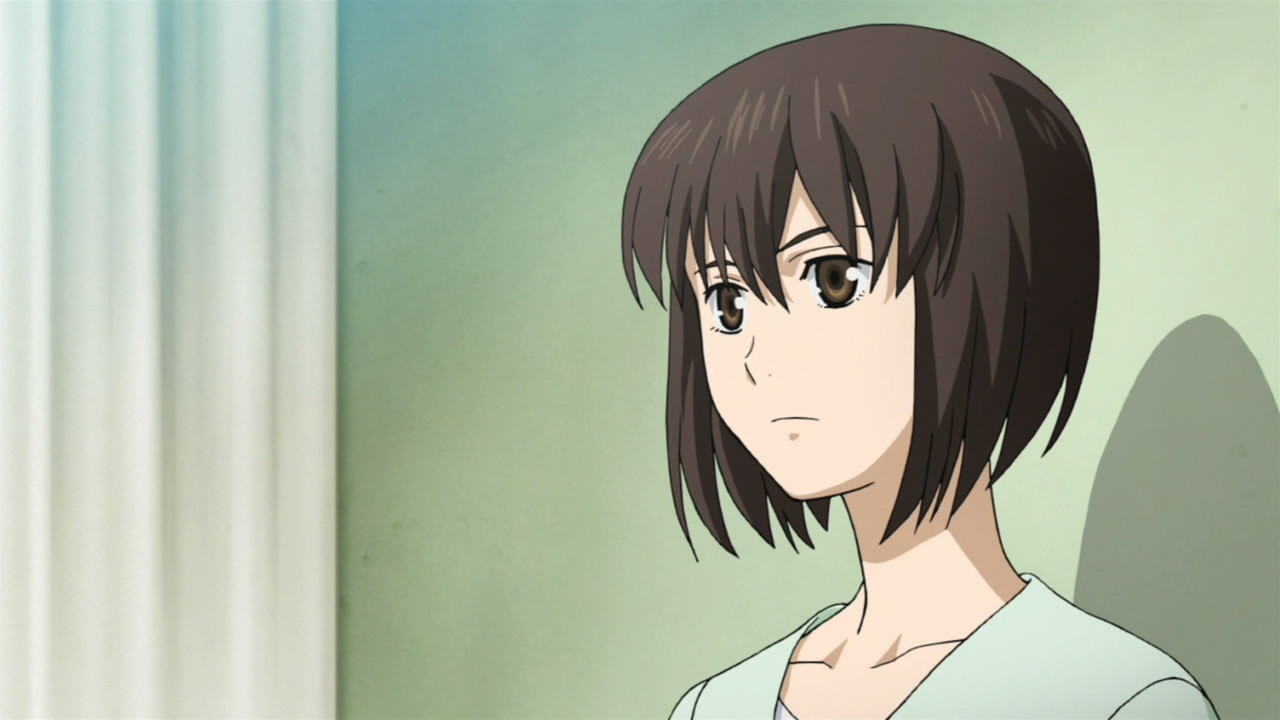 Safu is the main female protagonist of the show who, like Shion, is a resident of the No. 6. She has dark brown chin-length hair and eyes of the same color. When she was young, she would often be laughed at for wearing outdated clothes that were stitched by her grandmother. When it comes to her personality, she is very direct and speaks everything that’s there on her mind. She also never holds herself back when someone is willing to fight with her. Though she is not all that expressive, she is actually a very affectionate girl who really cares for the people who matter to her. 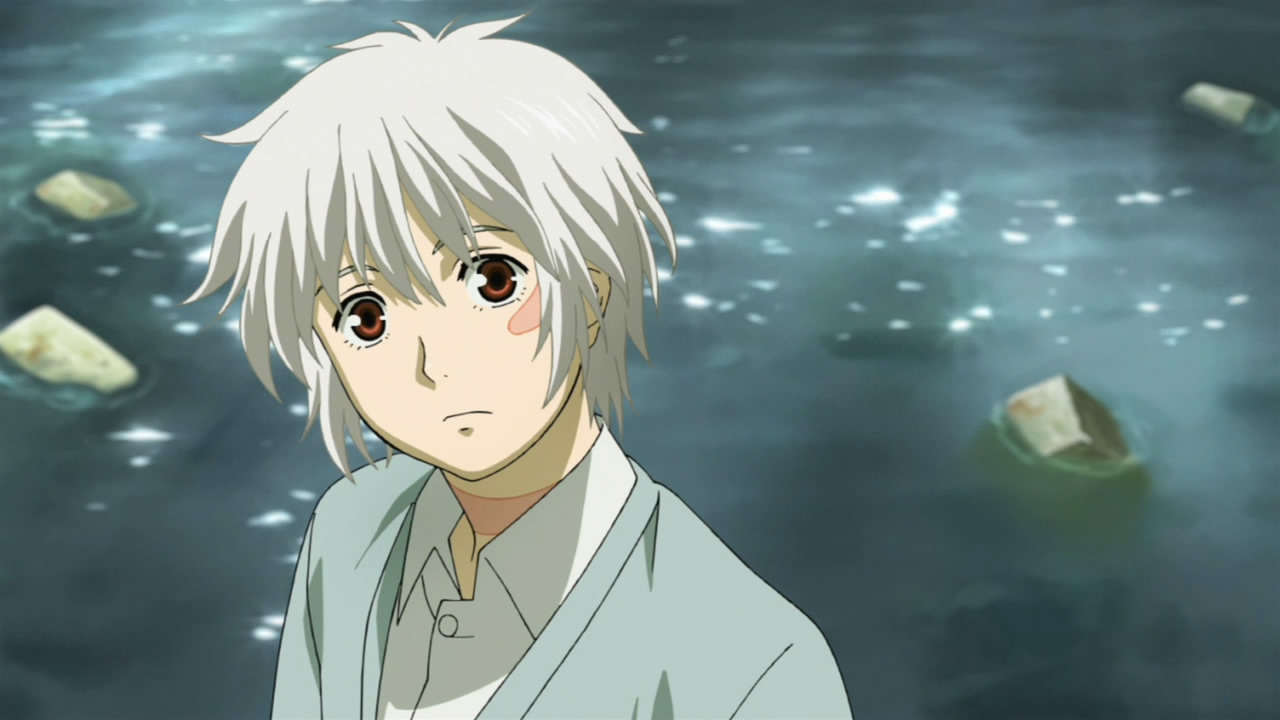 Shion is another main character of the series who later befriends Nezumi. He was born with brown hair and eyes but later, due to some parasitic infection from a wasp bite, his hair turns white and his eyes turn red. He is very kind and caring but at the same time, he is also extremely naive about everything around him. When someone he loves is in danger, he does not think twice before helping them. He is also very cool-headed and it takes a lot to really piss him off. However, there is also a very dark side that remains buried deep inside him. This ruthless side of him is only hinted a couple of times in the anime.