Will There be a No Good Nick Season 3 or is it Cancelled? 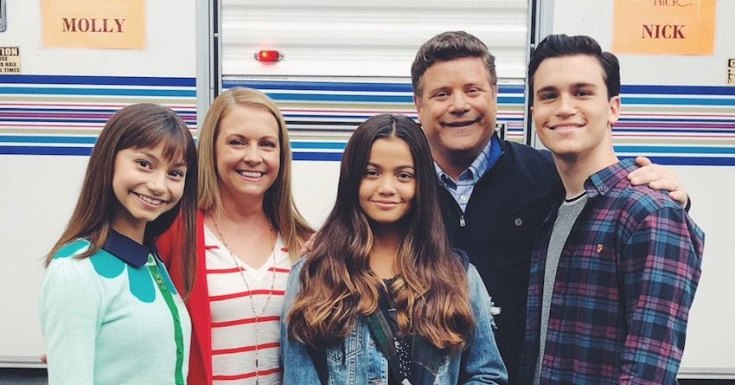 ‘No Good Nick’ is an American web series produced by streaming giant ‘Netflix‘. Created by regular Hollywood screenplay-wright David H. Steinberg and Keetgi Kogan, initial announcement of the series being in the pipelines were held on September 21, 2018, when Netflix stated that they were working on a new comedy series comprising a total of 20 episodes with Andy Fickman as its director and David H. Steinberg as the creator and showrunner.

Steinberg has previously been the man behind well-known, commercially viable screenplays like ‘American Pie 2’, ‘Slackers’, ‘National Lampoon’s Barely Legal’, ‘American Pie Presents: The Book of Love’, and the popular animated American sitcom ‘The Simpsons’. Hence, it would be rather safe to state considering Steinberg’s writing history, that ‘No Good Nick’ was bound to be mass appealing.

The show revolves around a 13-year-old Nicole (also known as Nick), who arrives at the doorsteps of a regular American family, claiming to be a distant relative. The show has seen two successful seasons so far. But will there be a No Good Nick season 3? Here’s everything we know about it.

No Good Nick Cast: Who’s in it?

Winner of several Young Entertainer and Young Artist Awards, ‘Nickelodeon‘ star Sienna Agudong plays the title character ‘Nick’ in the series. Lauren Lindsey Donzis plays Molly, the youngest Thompson child, a student and an environment activist with a large online following. Kalama Epstein is cast as Jeremy, the eldest Thompson child and an overachieving high school sophomore who is suspicious of Nick. Sean Astin plays Ed, the patriarch of the Thompson household and a senior loan officer in a bank. Melissa Joan Hart stars as Liz, the matriarch of the Thompson household, a chef and owner of Crescendo Restaurant

All these aforementioned actors have had a successful history with comedic roles, a fact that has proved to be particularly instrumental in the eventual success of ‘No Good Nick’. Also, as we have already seen in ‘Modern Family‘, an ensemble cast working in-sync is often the most effective way to execute a good comedy.

No Good Nick Plot: What is it about?

The show revolves around 13-year-old Nicole (Nick), a cunning street grifter, who arrives at the doorsteps of a regular, unsuspecting American family called the Thompsons, claiming to be their distant relative. Nick’s actual motive is that of revenge– she plans to infiltrate the family structure resulting in its eventual implosion as a measure of revenge for them ‘unknowingly ruining her life’. However, as she gets to actually know the people of the family and their internal struggles, she develops a sense of compassion for them, resulting in a creak in her otherwise watertight plan to break the family apart.

Season 2 begins with Ed taking Molly and Nick to the bank on Take Our Children to Work Day. As Nick continues to charm and sometimes confront anyone who comes in her way, her motive of scamming Ed’s client makes Molly suspicious. We also come to know in a flashback episode why Nick wants revenge against the Thompsons. In the end, Nick goes ahead with her bank heist plan, but with nowhere to run she confronts Thompsons and comes clean.

Overall, the show hits the right notes with the audiences due to its light-hearted subject matter, and an ensemble cast consisting of individuals adept at doing comedy with effortless ease.

Melissa Cobb, the Vice-President of the Kids and Family section of ‘Netflix’, while talking about the show, says “Melissa Joan Hart and Sean Hart are beloved by millions of fans around the world, and we are delighted to bring them together as parents fro the very first time…. we hope to entertain kids and families with heart, mystery and a lot of fun when ‘No Good Nick’ comes to Netflix.”

No Good Nick Season 3 Release Date: When will it premiere?

‘No Good Nick’ season 2 premiered on August 5, 2019, just four months after season 1 aired on April 15, 2019. Family house sitcoms is an area ‘Netflix’ started flirting with a couple of years back with the series ‘Fuller House‘, a sequel to the ‘TGIF’ show ‘Full House’. ‘No Good Nick’ belongs in the same space with the familiar faces of Melissa Joan Hart, star of the ‘TGIF’ show ‘Sabrina the Teenage Witch’, and Sean Austin of ‘The Lord of the Rings’ and more recently ‘Stranger Things’ fame, cast as it lead pair.

As far as the next season goes, we have bad news for the fans. On September 15, 2019, Netflix announced the cancellation of the show. The decision came as a surprise to many as the show has gained many fans in a short span of time. At this point of time, we can only hope that some other network picks up the show and ‘No Good Nick’ season 3 gets made. We will keep you posted if that happens.

Here’s the trailer of No Good Nick season 2 that does well to establish the character of Nick as a moral figure with questionable intentions and a scheming personality.

What Does The Future Hold For ‘Snoopy in Space’?

When Does ‘In the Dark’ Come Back On The CW?

When Does ‘Good Eats: Reloaded’ Return To Cooking Channel?