No Passport Required S03: All the Details You Need to Know 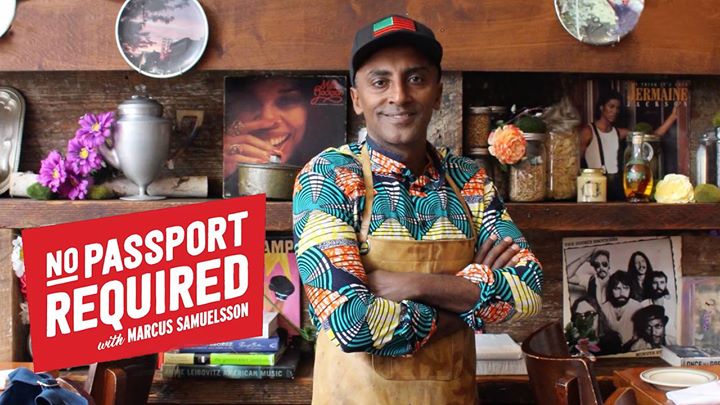 No Passport Required is a documentary series that first premiered on July 10, 2018, on PBS. The show features the diverse culture of immigrants living in America and their different yet delicious cuisines. It follows the concept that you do not need a passport to travel somewhere to experience different cuisines of the world. You can experience a wide range of cultures and food, right in America, without any passport.

The United States of America is the home for the highest number of immigrants in the world. The country with the widest bracket of opportunities is also the country of dreams for people living outside America. More than 13% of the total population of the U.S. accounts for immigrants.

This large population of immigrants accounts for the extremely rich diversity in the cultural sphere of the U.S. Immigrants not only enhance the culture by bringing in new ideas in the world of business, media and entertainment, cuisines, and traditions, they also help in boosting the economy. They bring the world closer, which results in globalization and brotherhood.

No Passport Required is a show that celebrates the spirit of immigration and understands its value. It takes the audience through diverse cultures and makes them more aware of the different traditions of the world.

The first and second seasons of the show were well-received. Here’s all we know about ‘No Passport Required’ season 3.

No Passport Required Season 3 Release Date: When will it premiere?

Since its release, because of its novel concept and informational premise, the show has garnered positive responses from fans, having a rating of 7.5+ on IMDB. Hence, we are positive that PBS will consider to bring in another season for the series. If renewed, we can expect ‘No Passport Required’ season 3 to premiere sometime in December 2020.

Who is the Host of No Passport Required?

Marcus Samuelsson is the host of the show. He is an immigrant himself, Ethiopian-Swedish chef and the head chef at Red Rooster Restaurant in Harlem, New York. Samuelsson is the youngest chef to receive a three-star restaurant review from The New York Times.

James Beard Foundation also named him ‘Best Chef: New York City’ in 2003. Apart from being an author to an award-winning cookbook, he is also a visiting professor of International Culinary Science at the Umeå University School of Restaurant and Culinary Arts in Sweden. He was also associated with the TV shows like ‘Inner Chef America’, ‘Top Chef’, ‘Chopped’, ‘Iron Chef USA’ and more.

In 2009, Samuelsson was the guest chef for the state dinner during Barack Obama’s presidency. He also served as the chef during the dinner organized in the honor of Indian Prime Minister, Dr. Manmohan Singh. His specialty lies in innovating American cuisines by adding Asian and European touch to it. Apart from Red Rooster, Marcus is also the co-owner of many other restaurants like ‘Streetbird Rotisserie’, ‘Marcus”, ‘Marcus B&P’, etc.

In No Passport Required season 3, Marcus is expected to be returning as the host once again as he takes the audience through many different cuisines that are unexplored in the heart of America.

What is No Passport Required About?

The first season begins with Marcus visiting Detroit. Detroit is famous for being home for many middle-eastern communities. Marcus starts with having lunch at the home of a Syrian refugee family in Dearborn. He is later seen having Yemeni tea and discussing the importance of having diverse communities. He also makes some amazing Iraqi bread samoons and ends his trip while attending a grand wedding with over 700 guests.

In the following episodes, he visits New Orleans, where he meets the Nguyens. He learns how the young chefs are carrying forward the traditional recipes of their family and keeping the culture still alive. While in Chicago, he learns the art of Mexican cuisines by the master chefs. The audience is also introduced to the traditional Guyanese while he explores Queens in New York.

At Miami, the viewers get to witness the many layers of Haitian tradition and history. The season ends with Marcus exploring the nook and corner of Washington D.C. Washington has the largest population of Ethiopian immigrants in the entire world. Their cuisine is also connected with their spiritual traditions and Marcus gets to explore all of it.

In season 2, Marcus explores Los Angeles, Houston, Philadelphia, Las Vegas, and Boston. The viewers get to experience Armenian, West African, Chinese-American, and Portuguese cuisines along with many others. The show is not just about different cuisines but also about different heritage and cultures. If you are someone, who likes to explore different traditions around the world but, too lazy to actually travel, then No Passport Required is the perfect show for you.

You can catch the trailer of No Passport Required season 2 below: