Do Noah and Elle End Up Together in The Kissing Booth 2?

‘The Kissing Booth’ follows the story of a girl named Elle, who falls in love with Noah, who has a reputation for being a Casanova with anger issues. The first movie focuses on the meet-cute and all the other charms of falling in love for the first time. It is in the sequel, however, that we get to see some major developments in their relationships.

Once the dreaminess of summer and school is done with, Noah goes off to college while Elle is left behind. This is when Noah’s past reputation starts to frighten her, and she worries that he will soon find some other girl and leave her. She starts to see the signs of it when she finds out about his friendship with a girl named Chloe. It places a big question mark on the future of their relationship, and we wonder if Elle had been right about him. Did Noah really cheat on Elle? Was it the reason for them to not end up together? Let’s find out. If you haven’t seen the movie yet, head over to Netflix. SPOILERS AHEAD

Do Noah and Elle End Up Together? 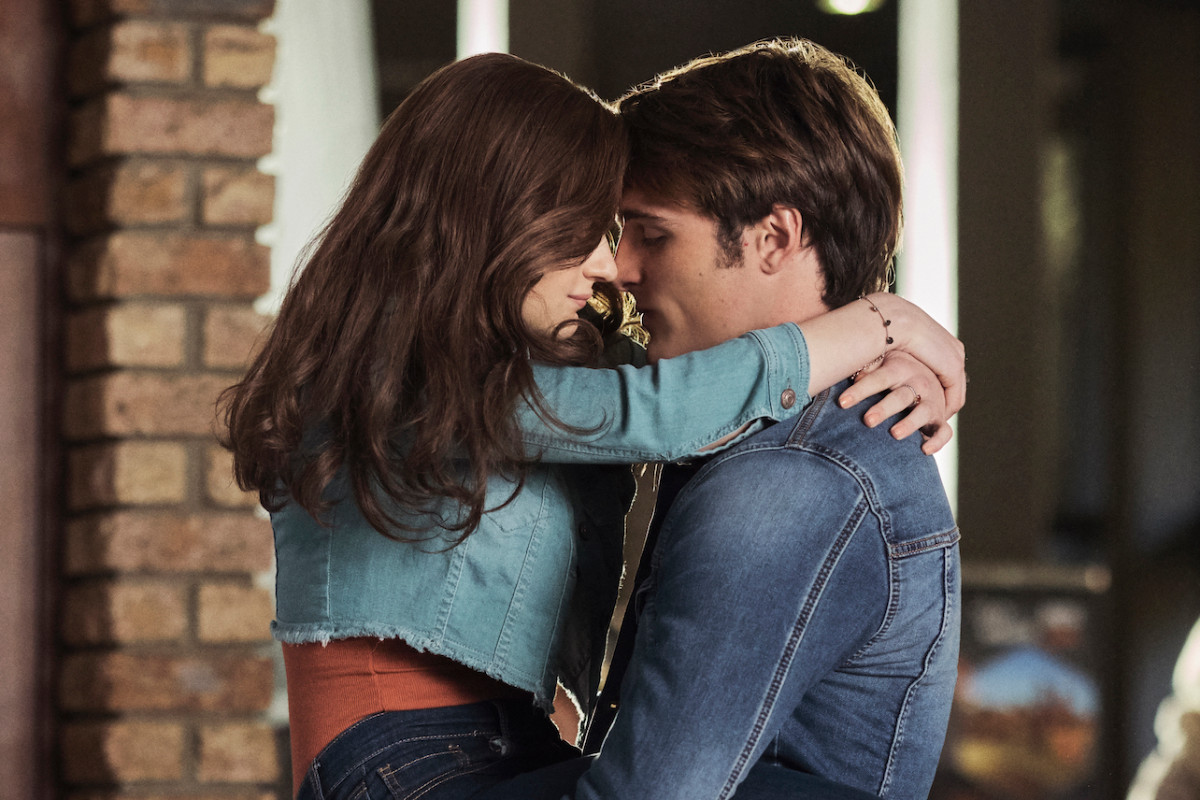 At the end of ‘The Kissing Booth’, when Noah flies off to Harvard, we find Elle wondering if that is the end of their relationship. She has some doubts about their summer fling surviving the trials of long-distance. At the beginning of ‘The Kissing Booth 2’, as well, she tries to keep a distance from Noah, giving him some space to figure out whether he wants to be with her or if he has found someone else.

These doubts grip her stronger when she meets Chloe, a smart, beautiful, and accomplished girl. Elle becomes jealous as well as wary of her, and the close friendship between her and Noah doesn’t help either. After suppressing her insecurity for as long as possible, Elle becomes sure of Noah’s infidelity when she finds Chloe’s earring under his bed. This confirms everything she had feared. However, she’s still ready to give Noah another chance when he tells her that he doesn’t know anything about the earring. He tells her that it could have already been there before he moved in.

The argument sounds logical, and they try to mend whatever chasm had appeared in their relationship. But then, while going through Chloe’s Instagram posts, Elle finds her wearing the same earring. Now that it is confirmed that Chloe had been inside Noah’s room and that he lied to Elle about it, she has no other choice but to believe that their relationship is over and done with.

Later, however, it is revealed that Noah hadn’t cheated on Elle. Chloe tells him that she crashed at his place when he was out of town. She’d had a fight with her boyfriend and needed to cool down, and Noah’s place happened to be at her disposal. This explains how she lost her earring in his bedroom. As for how close they are to each other, Noah explains to Elle that Chloe is to him as Lee is to her. His early days at college had been challenging. He had been lagging in his studies and had a confidence crisis, and Chloe helped him through it.

This is when he realized how important Lee and Elle’s friendship was and how necessary such friendships could be in life. He grew to have the same relationship with Chloe, and there was nothing more between them. At one point, Chloe, too, confesses that she is one of the few women who are resistant to Noah Flynn’s charms. They care for each other but both of them are in different relationships: Noah with Elle and Chloe with Jason. In the end, all these questions and doubts between them are cleared up, and as it was supposed to be, Noah and Elle end up together.

Read More: Is The Kissing Booth a True Story?