Will There be a Nobodies Season 3? 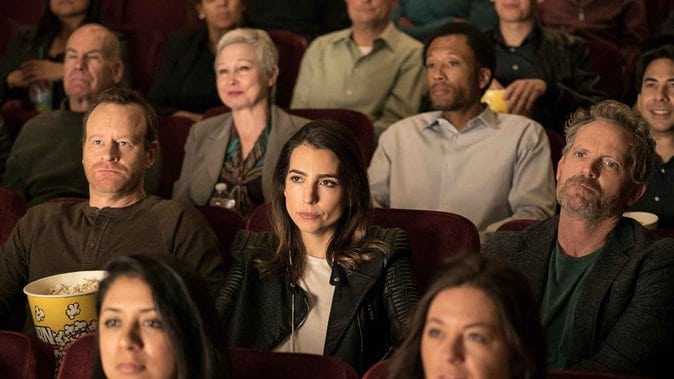 An American comedy television series, Nobodies premiered in March 2017 on TV Land. The show is essentially a comedy-drama created by Hugh Davidson, Larry Dorf, and Rachel Ramras who also star in prominent roles. They additionally serve as the executive producers along with Melissa McCarthy. The story revolves around Hugh, Larry, and Rachel, three struggling comedians who still haven’t got their big break. It focuses on their journey as they try to break into Hollywood.

Following the success of its first season, the show was renewed for another season, which premiered in March 2018. Variety TV critic Sonia Saraiya called it funny and original, writing, “The show succeeds because of how fully it comes down on its three leads, who separately and together are not much above using any possible in to get their projects made.”

Now the question is, will there be a Nobodies season 3? We will delve into that question, but first, let’s quickly look into the details of the series.

Nobodies Cast: Who’s in it?

The lead cast of the series consists of Hugh Davidson (Robot Chicken, Adult Swim); Larry Dorf, writer and actor of Mike Tyson Mysteries on Adult Swim; and Rachel Ramras, voice actor from Looney Tunes and Scooby-Doo. They star in the series as fictionalized versions of themselves.

Popular celebrity guest stars like Melissa McCarthy, Bob Odenkirk, Maya Rudolph, Sia, Kristen Bell, and Kristen Wiig also make appearances across the episodes. The huge ensemble provides a coherent narrative of the whole story. Since most of the actors are from the same genre, they bring unique chemistry to the series which adds up to the tone of the comedy-drama.

Nobodies Plot: What is it about?

The premise of Nobodies is about being less successful than your friends in the same profession. It revolves around three Groundling members Hugh, Larry, and Rachel, who are three comedians and are still waiting for their big push to move ahead in life. They are struggling to carve a niche for themselves in Hollywood while their friends have achieved fame and fortune. This makes them feel and appear as Nobodies. The best part about this series is that each of the characters mentioned above is a fictionalized version of themselves who came together to produce this series.

In order to achieve their goal, they do some nasty stuff. The consequences of their actions are the central theme of the hilarious tale. The plot revolves around the trio trying to sell an absurd movie script titled ‘Mr. First lady’, in which they want their famous friends to perform as leads. In their attempt to soar higher onto the ladder of Hollywood, this is the only conventional idea that comes to their minds. They try desperately to hook one of the famous friends into working with them on the script they created.

Here is a little insight into their craziness: at one point in the story, these people being who they are, bring upon themselves the worst possible solution to solve their problems, i.e., a couples therapy for the trio with the help of a provider who assumes that they’re in a polyamorous triad. The show involves complex and very Hollywood-like variations of friendships with some less-than-comfortable scenes.

Additionally, the people that they are trying to impress are pretty judgemental. When Paramount shows interest in their script and gets them all excited, a meeting is arranged, during which it becomes clear that their dream hinges on the involvement of their star friend McCarthy. In order to get publicity, they lie that Melissa is involved with their show. Once everybody becomes aware of this, their careers are threatened. Hugh, Larry, and Rachel reach out to Melissa’s husband in order to lighten the situation. The show then continues with their escapade as they try to greenlight their creation. The season concludes with “Mr. First Lady” being greenlit.

McCarthy and Falcone, from the Groundlings, have indescribable chemistry that makes their bond stronger and more reliable.

When season two starts, the three friends are seen trying to do a new show called “Open Dorf Policy”. The reason for this being the failure of “Mr. First Lady”. Rachel and Hugh are writing the script for the pilot with Melissa McCarthy directing. They try to get CBS onboard to distribute their show. The group approaches Kristen Wiig to play the part of Jen in the pilot. Problems arise when CBS tells them to make the pilot more diverse. Hugh, Larry, and Rachel deal with Melissa McCarthy who is trying to oust them from their show. The group finally hears some good news when they learn that Steven Spielberg is interested to work with them on a new project.

Nobodies Season 3 Release Date: When will it premiere?

After the first season, Nobodies moved to Paramount but the ratings subsequently fell, and the show had to return to TV Land where it did better comparatively. However, on June 23, 2018, the series was axed after two seasons by TV Land. So, there you go. Nobodies Season 3 stands cancelled.

You can watch the trailer for season 1 of Nobodies below: