Directed by Bartosz M. Kowalski, who also co-wrote the screenplay with producers Jan Kwiecinski and Mirella Zaradkiewicz, ‘Nobody Sleeps in the Woods Tonight’ (Polish: W lesie dzis nie zasnie nikt) is a Polish entry in Netflix’s impressive collection of slasher films. It revolves around a group of teenagers who are forced to leave their smart devices and social media profiles behind and go to an offline camp.

But what they thought will be an idle time filled with trekking and swimming suddenly takes a bloody turn when the monsters that had laid dormant in the camp for decades wake up and begin hunting them. The film is predominantly set in and around the camp. In this article, we discuss which locations Kowalski used to shoot his sophomore film.

Nobody Sleeps in the Woods Tonight Filming Locations

With ‘Nobody Sleeps in the Woods Tonight’, Kowalski, who likely grew up consuming the 1980s horror flicks, penned a love letter to movies like ‘Twisted Nightmare.’ ‘Moonstalker,’ ‘Madman,’ and ‘Friday the Thirteenth.’ The story, in fact, starts 30 years earlier before shifting to the present day and focusing on the five technology-depended young adults who fit the long-established archetypes of slasher characters perfectly.

They are quiet and reclusive protagonist Zosia (Julia Wieniawa-Narkiewicz); nerdy Julek (Michał Lupa); jock Daniel (Sebastian Dela); pretty girl Aniela (Wiktoria Gąsiewska); and Bartek (Stanisław Cywka), who is gradually coming to terms with his sexuality. The makers chose Poland as the filming location of this horror flick. Here are the specific filming details!

‘Nobody Sleeps in the Woods Tonight’ was predominantly shot in Przemysl, a city located in southwestern Poland. Przemysl is a small, beautiful city with about 60,000 residents (according to a survey conducted in June 2020). It has a rich and ancient culture that dates back to the 8th century. Among all the major towns in southern Poland, only Kraków is older than it.

In recent years, Poland as a whole has become an attractive filming location for international projects. The country also has a thriving entertainment industry. Since the advent of Netflix and other streaming services, its homegrown films and TV shows are reaching a much wider audience. 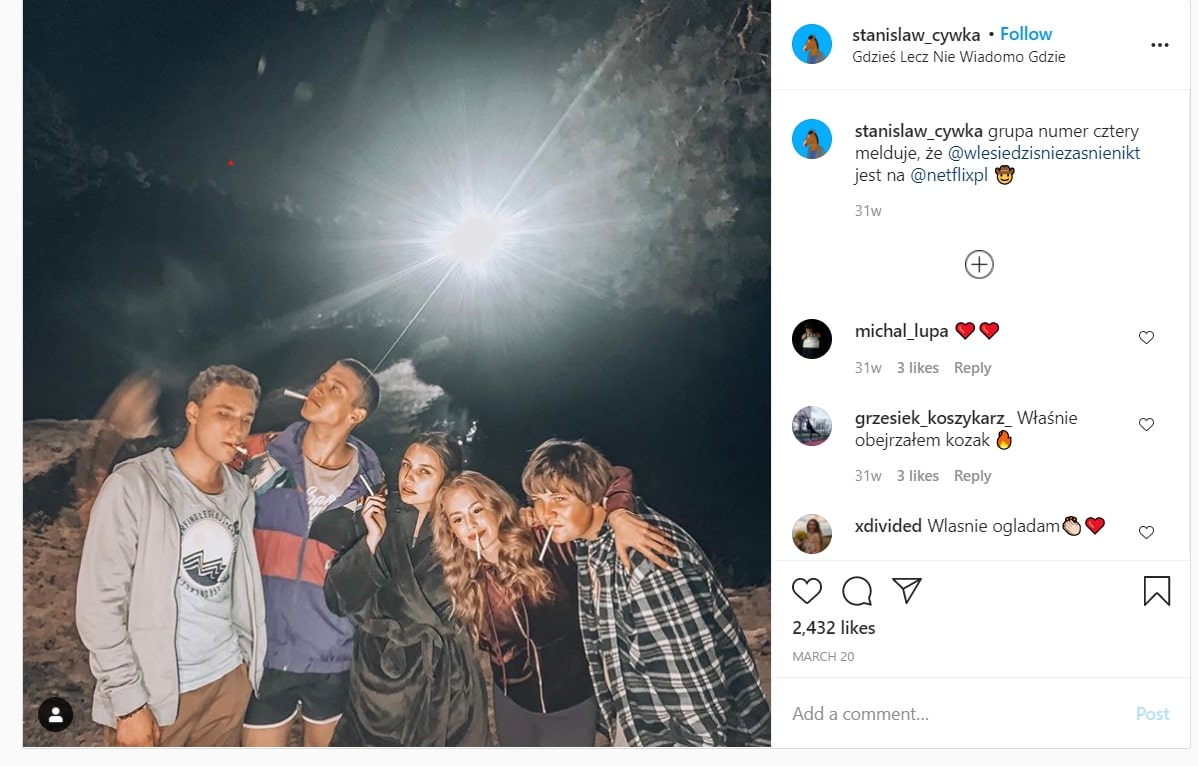 In the social media post above, the stars of ‘Nobody Sleeps in the Woods Tonight’ are at Gdzieś Lecz Nie Wiadomo Gdzie, a local business in Przemysl. From Cezary Stolecki’s camerawork to Lukasz Trzcinski’s production design to Radzimir Debski’s score, everything works in tandem with each other in this nostalgia-riddled roller coaster of a film, and the backdrop of Przemysl adds another layer of eeriness to it.