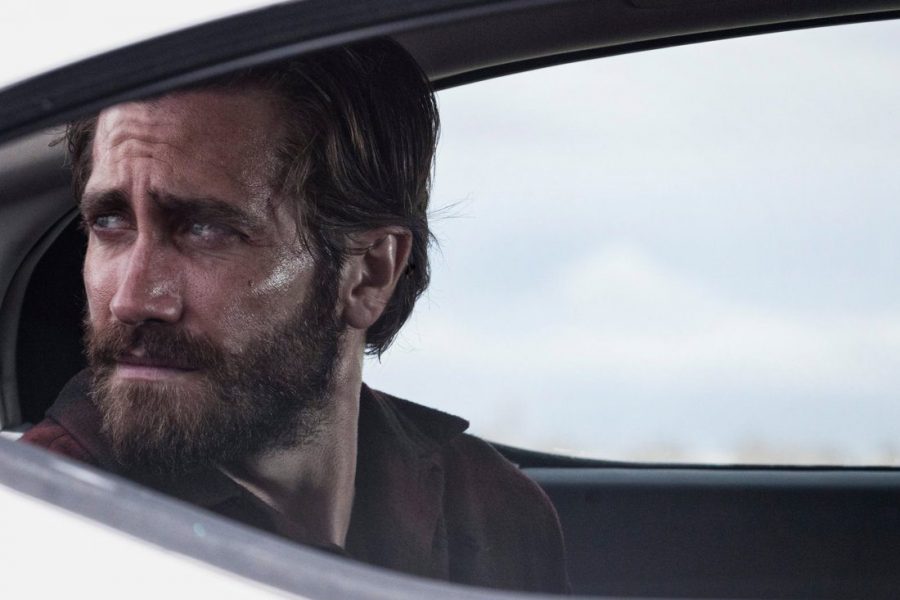 ‘Nocturnal Animals’ is an engrossing psychological thriller by director Tom Ford that showcases powerful acting performances by Michael Shannon and Jake Gyllenhaal. Aaron-Taylor Johnson’s Ray Marcus and as well as Amy Adams’ Susan are memorable performances as well. This film, that has another film embedded inside it, is one of those movies that brusquely ends and leaves you slightly unsatisfied but gets immensely better on a second viewing. Personally, it is definitely one of the best movies that I watched in 2016. It’s a shame that the screenplay of the movie didn’t get enough recognition. That’s probably because of the subtleties and the need for interpretations that the film requires. The confusing ‘Nocturnal Animals’ ending also didn’t help the matter. In any case, it’s a stirring cinematic experience. Owing to the seemingly open-ended and abrupt ending, this movie invites a lot of explanations. Here’s my explanation: (SPOILERS AHEAD)

The plot in short

There are two different plots in the movie. The seemingly unrelated plots have lots of correlations between them. In the main story-line, we follow Susan (Amy Adams), an art gallery owner, who receives a package from her ex-husband Edward (Jake Gyllenhaal). The package is a manuscript of his novel. The story of the novel, which is the second plot, is unraveled when Susan reads it.

The story of Edward’s novel 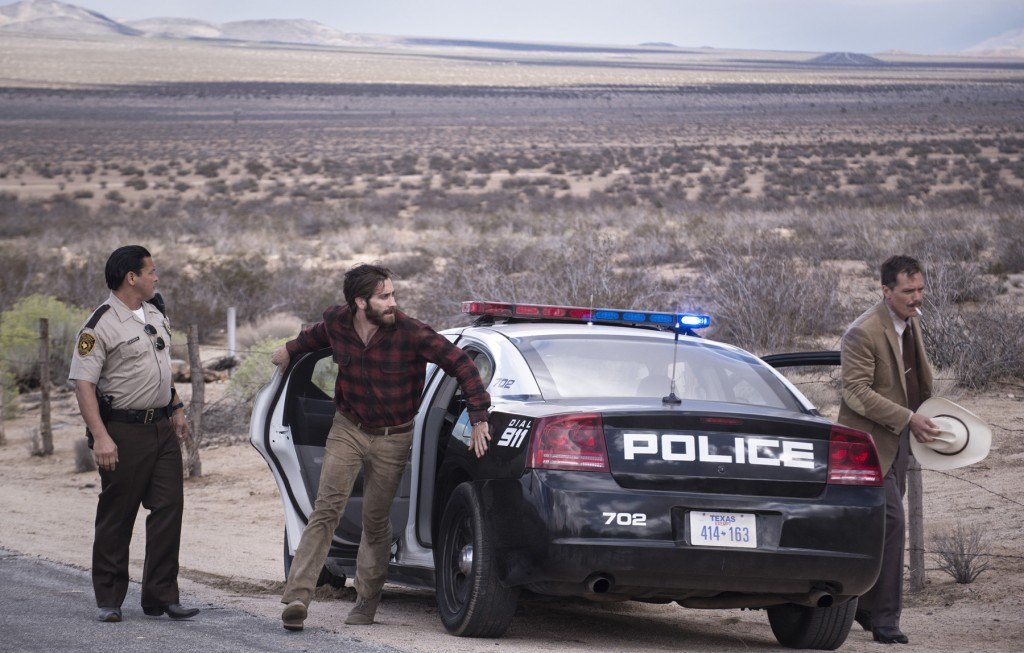 The novel begins with a family road trip. Tony Hastings (Jake Gyllenhaal), his wife Laura and daughter India are driving to Marfa, Texas. During the night drive through somewhere isolated in West Texas, the family is being troubled by a gang of three men in a car, Ray Marcus, Lou and Steve Adams. During the commotion, Ray (Aaron-Taylor Johnson) and Steve drives off with Laura and India while Lou forces Tony to drive the other car into the desert and leaves him there. After hitchhiking all night, Edward reaches the police in the morning. Detective Bobby Andes (Michael Shannon) is assigned the case and they find Laura and India abandoned near a shack after being raped and cruelly murdered. After a year, Bobby manages to arrest Lou. Steve got killed in an unrelated incident leaving Ray as the only culprit left to punish.

Due to the circumstantial nature of the evidences, they are unable to charge Ray. As someone who is dying of terminal lung cancer, Bobby decides to go off the books and helps Tony to exact revenge by dealing with Ray by themselves. They abduct Ray and Lou and decide to extort a confession out of Ray during which they both try to get away. Bobby shoots and kills Lou while Ray successfully escapes. Bobby and Tony  goes looking for Ray independently. Tony finds Ray in the shack where Laura and India were found. During the violent encounter, Ray hits Tony in the head with an iron bar while Tony fatally shoots Ray. Blinded and walking aimlessly in the desert, Tony falls, accidentally shoots himself and dies.

The movie begins with Susan receiving a package from her ex-husband Edward. It’s the manuscript of his book named ‘Nocturnal Animals’ which is apparently dedicated to her. Suffering from insomnia, Susan delves into the book at nights and we follow the story in the novel along with her. Meanwhile, it is established that the relationship between Susan and her husband Hutton (Armie Hammer) is strained and that he is being unfaithful to her. Moreover, Susan is unhappy about her career as well. “I don’t really care about all this art” she says at one point.

Through flashbacks, we see her relationship with Edward and how that turns out. Having spent their high school years as friends, they connect instantly when they meet again in graduate school after years. They both admire each others’ aspirations. Edward wants to be a writer and Susan, although unsure, wants to be an artist. Despite her mother’s disapproval of Edward (She thinks Edward is too weak and not right for Susan), they get married. Unfortunately, Susan starts feeling restless about Edward’s flimsy writing career and ends up being dismissive of his aspirations. She tries to break the marriage off by telling him that she wants different things while Edward firmly believes that that’s not true and tries to repair the marriage. But, Susan cheats on him with Hutton and even secretly gets an abortion when she becomes pregnant with Edward’s child. This inevitably leads to divorce.

Coming back to present day, Susan is deeply moved by the book and she emails Edward to set up a meeting. They decide to meet up in a restaurant. Having lost hope in her marriage and her career, a possible rekindling of relationship with Edward seems to excite her. She goes to the restaurant and gets stood up by him. The end! (Yeah, I know!)

Initially I was a little dissatisfied and unimpressed by the seemingly abrupt climax. But, in retrospect, I believe it was an apt ending. Let’s see why! 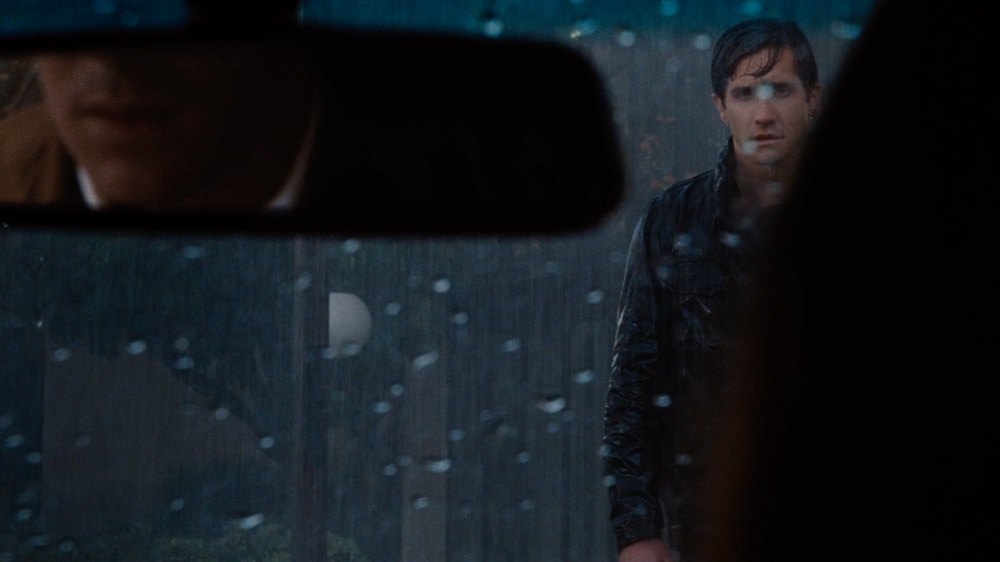 To begin with, the events portrayed in the novel is a metaphor for the relationship between Edward and Susan. Through the novel, he is conveying how unbelievably hurtful what Susan did to him was. It really must have been traumatic. She discouraged him from pursuing his dreams, cheated on him, secretly had an abortion and threw away a relationship that he cherished. Could she have made his life any worse?! So, standing her up in the restaurant was his ultimate revenge. Sounds too petty and lame for a revenge? Not really. We will come back to that. There’s a scene in the movie where we see a painting with the text REVENGE on it that confirms this interpretation. Nevertheless, let’s analyze the real life-novel correlation and see what/who in real life each of the characters in the novel represents:

This is pretty obvious from how Gyllenhaal played both of them. From the flashbacks, we see how Susan complains about how Edward always writes about himself. So, it’s natural for her to picture Tony as Edward and by extension the audience to realize that Tony Hastings represents Edward. (Fun fact: Hastings is where Edward and Susan are from in real life). More importantly, both Tony and Edward are both good men who lost what they cherished the most in their life: Tony’s family and Edward’s relationship with Susan respectively. Tony dies at the end of the novel. That could be interpreted as an indication of Edward planning to commit suicide. But, being the optimistic person that I am, I don’t think Edward dies. Instead, I think the goodness of his heart dies during the course of his revenge.

By depicting the dreadful rape and murder of Tony’s wife and daughter in the books, Edward is conveying Susan how extremely devastating and brutal her act of leaving him was. Especially how she aborted their unborn child without even consulting him. Another striking indication of this correspondence is how Tony’s wife Laura, their daughter India, Susan and her real life daughter (Edward is not the father. But, still) all four of them have auburn hair. Laura and India look like a happy family that Edward envisioned to have with Susan. 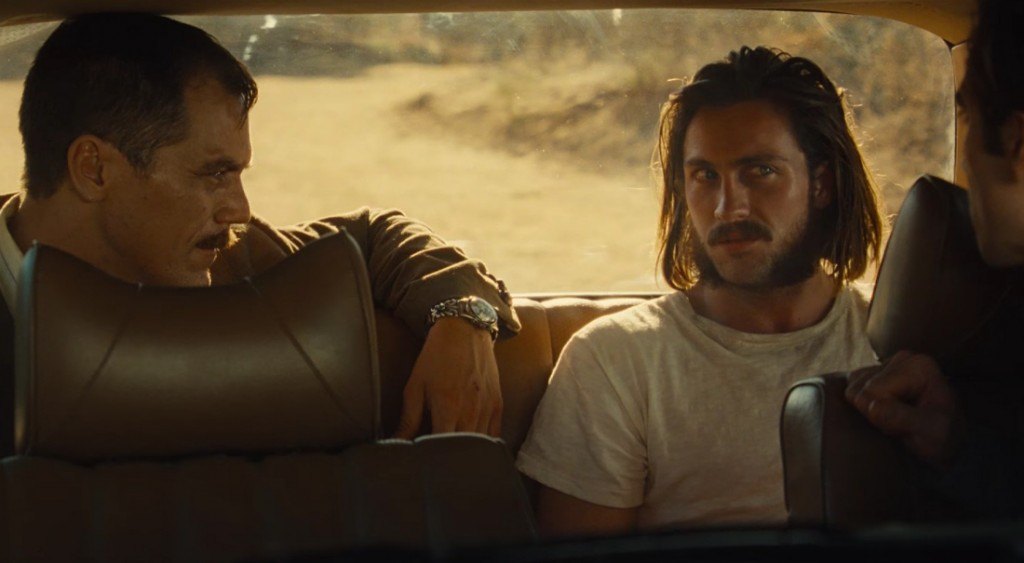 In a conversation with one of her colleagues, Susan brings up the fact that Edward used to call her a nocturnal animal. So, she takes the title of his novel as a tribute to her. In the novel, the gang who raped and murdered Tony’s family are the nocturnal animals. Just as Susan ruthlessly destroyed their relationship and killed their unborn child. Another considerable indication of this analogy is the moment when Ray Marcus accuses Tony of being too weak. That’s the exact same phrase Susan’s mother used to describe Edward. According to her, Edward is romantic and fragile. During the final days of their marriage, Edward suspects that Susan feels the same way about him.

Additionally, while talking to Edward about how unhappy she is, Susan says “ You’re so wonderful and you’re so sensitive and romantic and..” Edward instantly gets angry and finishes the sentence by saying “ … and WEAK”. Similarly, in the novel, Ray asks “Why does a nice guy like you hang out with Andes who kill people?” that triggers Tony. Both Tony and Edward hated being labeled “nice”/weak. And, both Susan and Ray constantly accuse Edward/Tony of being “nice” and weak. In a way, Edward indeed feels that he is weak and that insecurity is one of the biggest driving forces that makes him so vengeful. The urge to prove her wrong by showing that he is neither“ a good man” nor weak.

When his life was ruined by the gang, the one person that kept Tony going and supported is Bobby Andes. When the culprits get away from the clutches of the law, he goes beyond the rule-books and helps Tony to exact vengeance. Of course, he is dying just as his belief in the justice system. Similarly, in real life, Susan ruins Edward’s life by killing their marriage, discouraging his writing and then gets away with it. The sense of justice/revenge kept him going till the end.

Why is Edward standing Susan up at the restaurant such a big deal? Imagine stuck in a loveless marriage. Imagine doing something that you don’t enjoy at all. Imagine seeing your spouse cheat on you right in front of your eyes and not being able to confront that. Imagine regretting every decision of your life and leading a pointless life of an insomniac. That’s what Susan’s life is! She says “I have everything. Yet I am so unhappy.”

In midst of that vapid, worthless, dark life of hers, a potential revival of connection with her ex-husband, who, by the way, was totally right about what she wanted in life, is a hopeful, shining ray of sunshine. She finally had something that gave her a reason to wake up in the morning (In case she got any sleep at all). She gets really hopeful and excited about meeting him. Her enthusiasm to meet him is made obvious in the scene where she is standing in-front of a mirror wearing a low-cut dress. So, Edward basically made her feel dangerously, enormously hopeful about her pathetic little excuse of a life and then brutally killed that hope. Sweet, huh?