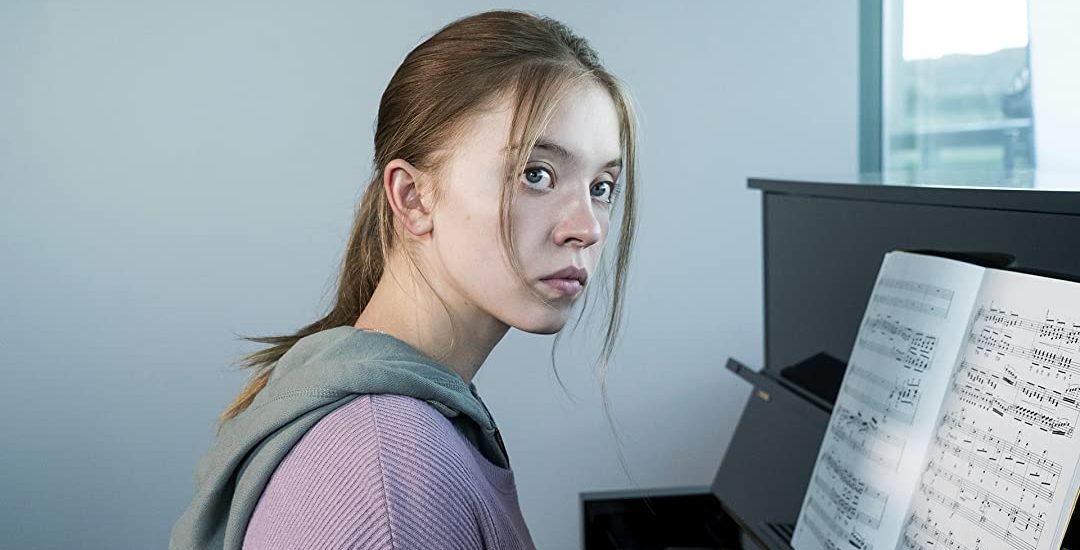 Debutant director Zu Quirke’s psychological horror ‘Nocturne’ follows the same path as the several movies in the same vein, namely, ‘Black Swan,’ ‘The Perfectionist,’ and even ‘Whiplash.’ It emits an aura of a cautionary tale for any musically-gifted young person. The film tells the story of a sibling rivalry in which all involved parties have enough ambition and drive to pursue greatness, and neither of them is above being profoundly cruel to one another.

Quirke underscores the imperfectness and shortcomings of the two main protagonists quite early in the film. In doing so, she exempts them from a natural sense of pity that the audience tends to feel while watching movies with similar themes. Along with the predominantly Indian production ‘Evil Eye,’ ‘Nocturne’ is the second pair of entries in ‘Welcome to the Blumhouse,’ a collaboration between the eponymous horror production company and Amazon. SPOILERS AHEAD!

The film opens with the disturbing scene of the moments leading to the suicide of Moira Wilson. A music prodigy, she plays Giuseppe Tartini’s ‘Devil’s Trill Sonata’ on her violin in those last moments of her life. As the oversized grandfather clock in the room strikes 6, she puts the violin down, calmly walks to the balcony, and jumps to her death. The film then shifts its focus to its two main characters, twins Juliet (Sydney Sweeney) and Vivian (Madison Iseman). As Juliet later states, it was she who first showed an interest in music, but somewhere along the way, Vivian has left her behind.

Vivian gets accepted into Juilliard, and following Moira’s death, she is given a chance to perform the concerto solo. The sisters attend the same music school. Quirke establishes Juliet’s envy towards Vivian beyond a shadow of a doubt. She is jealous of Vivian’s talent, her relationship with her handsome and talented boyfriend Max (Jacques Colimon), and even the fact that she lost her virginity before her. Vivian approaches her sister’s anger and frustration through the magnanimity of a victor. But when the table is turned later in the film, she proves herself to be just as vicious and cruel.

Juliet finds Moira’s notebook, in which the dead virtuoso not only wrote down ‘Devil’s Trill Sonata’ but also painted these evocative images that Juliet believes correspond to the tragedies in Moira’s life. Later, she thinks that her life is following the same pattern by making her afraid that she is going to die, just like Moira. During the senior concerto competition, Juliet plays the same piano concerto as her sister, Saint-Saëns’ 2. This causes a rift between them that never really mends. She removes herself from the classes of her kind but conservative teacher Roger (John Rothman), believing that he is holding her back.

Instead, Juliet demands to be taught by Dr. Cask (Ivan Shaw), the school’s celebrity teacher, who also happens to be Vivian’s instructor. The principal of the school approves, and she begins training with Cask. During a secret student gathering off school grounds, Vivian breaks her arm and is suspended. Juliet replaces her for the concerto solo. But that is still not enough for her. She discovers that Vivian has cheated on Max with Cask and tells Max about it. He breaks up with Vivian and later sleeps with Juliet. Although he later regrets it, the damage has already been done.

Cask’s relationship with Vivian becomes yet one more thing that Juliet takes away from her sister. It appears that since she has found Moira’s book, Juliet has successfully reverted all the aspects of Vivian life that made her jealous in the first place. As the ending approaches and Juliet prepares to perform the concerto solo, she is plagued with surreal experiences. The ending is complex, ambiguous, and vastly open to interpretations. Here are some possible theories about it.

The sisters have one last fight before Juliet takes the stage. Vivian seems to take a twisted pleasure in reminding Juliet that the last time she was on stage, she froze. When the time of her performance finally comes, Juliet freezes again and leaves the stage. Deeply ashamed, she kills herself by leaping from the school rooftop. But as she falls to her death, she has a vision of successfully delivering the performance.

If we are to believe that the film has supernatural elements in it, Moira’s notebook can be considered a way of making a deal with the Devil. When Juliet draws the missing sixth page of the notebook, she realizes that she is set to meet the same fate as Moira. Her greatest desire has always been to be perceived better than Vivian, and the Devil does deliver on that promise in the end. In the film’s final moments, the fear of her impending death proves too much for her, and she leaves the stage. During her fall, the Devil allows her a moment of contentment by showing her that she has delivered the performance.

Juliet’s performance is well-received, and as her principal says, she is truly a star. She subconsciously considers a scenario in which she left the stage and committed suicide like Moira. After her fall, the campus is shown to be rather full. If her death were real, other students would have noticed. The fact that they don’t, indicates that all of it is Juliet’s imagination.