Will Now Apocalypse Return For Season 2 or Has it Been Cancelled? 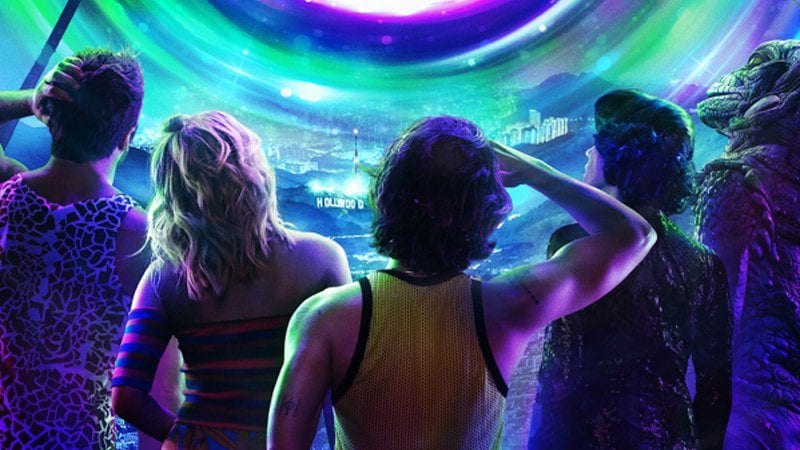 Now Apocalypse is an American comedy TV series that airs on Starz. The show is directed and created by Gregg Araki — known for the film Kaboom, which was the winner of the Cannes Film Festival Queer Palm Award, 2010. Karley Sciortino has written the show along with Araki, whereas Steven Soderbergh and Gregory Jacobs are the executive producers of the show. The show first premiered on March 10, 2019. The first season of the show comprises of ten episodes with a runtime of around 30 minutes each.

Gregg Araki is a well known name in both movie and TV space. He has directed a few episodes of Riverdale, American Crime and 13 Reasons Why. He is also known for being behind several cult-hit movies like The Doom Generation — the 1995 French-American black comedy — and White Bird in a Blizzard. The main theme of his films and shows centers around the youth and the modern life — which is fueled by the need to be accepted, understood and admired. Often, this pushes them to the boundaries of disaster. The theme of Now Apocalypse follows along similar lines. More on that later.

Now Apocalypse Cast: Who is in it?

Now Apocalypse’s main cast includes the Canadian actor Avan Tudor Jogia — renowned for his portrayal of Ben Stark in the show Caprica, Beck Oliver in the sitcom Victorious, and Danny Desai in the drama Twisted. The last role led him to be nominated for the Teen Choice Awards 2013 and 2014.

Next is American actress Kelli Berglund — best known for enacting the characters of Bree Davenport in the Lab Rats series and Mae Hartley in How to Build a Better Boy.

William Beau Mirchoff also stars in another prominent role in the show. He came to the limelight after featuring in the series Awkward.

Roxane Mesquida — a French-American actress — plays the part of the fourth main character.

Now Apocalypse Plot: What is it about?

The central plot of Now Apocalypse revolves around Ulysses (Jogia) and his friends Carly (Berglund), Ford (Mirchoff), and Severine (Mesquida). Each of these individuals is on his/her own quest — ranging from issues related to love, sex, success, and fame. The series tries to explore and answer the questions related to discovering one’s identity, sexuality, and artistic prowess. Amidst the bustling city of LA, the group members have to maintain their balance between real life and the virtual world of sexual and romantic dating apps. However, in this journey, Ulysses turns more and more disturbed as he gets increasingly confused between his foreboding dreams and a reality which seems to harbor some dark, monstrous conspiracy. Now, with so much of dope smoking, he really can’t say what is real and what are his figments of imagination.

Ulysses is a charming, yet the directionless guy still figuring out life and its various complexities. If you give a second glance to his name, you will know that it is somewhat familiar to the mythological character Odysseys. And this seems deliberately put in the show. Let’s explain how. When Ulysses awakes after an encounter with Gabriel — another character with a symbolic name — he suddenly starts visualizing the universe from another set of yes. He even sees that the world is plagued by certain lizard-like aliens. Although, we don’t know for sure if his visions are true, or he is losing his mind, or simply using too much weed, his views of the world certainly reflect its present state.

Ulysses also has a group of narcissistic friends — whose lives are ruled by social media — craving to be known by millions, understood, and admired. His friend Carly is an aspiring actress but she works better as a cam girl online — the platform which she uses to make her clients rehearse audition lines with her. Ulysses’ roommate is Ford and he is a simple, sweet, dim-witted screenwriter with a hot, fit body.  Severine is Ford’s girlfriend — who is terrified of monogamy — and she works in a science laboratory, filled with exceptionally good-looking guys.

Stoner Ulysses and his hallucinogenic trips make this raunchy comedy a bumpy ride. Complete with graphic scenes, this teen show with elements of sci-fi is quite a watch. The very beginning of the show introduces us to Ulysses — who is midway having sex with another guy. His fantasies also involve being intimate with Ford — who is straight and hot. The perfect combination! In other words, the main theme of the series is about the sexual fluidity of the modern millennial generation.

In the Words of Araki himself, “It’s almost like the world of my early movies actually caught up. The polymorphous nature of sexuality is much more prevalent than it was in the ’90s. I’m really excited and hopeful for this younger generation — if they would just vote! It’s the ideal time for a show like this.”

Now Apocalypse Season 2 Release Date: When will it premiere?

Now Apocalypse season 1 premiered on Starz on March 10, 2019. As far as the next season goes, we have bad news for the fans. On July 26, 2019, the network announced the cancellation of the show. Considering the declining viewership of the show, it was expected that Starz may not continue for another season. “It was a great show, it was a great experiment for us, but we have made the decision not to bring it back,” Starz COO Jeff Hirsch said at the top of the network’s TCA session.

Though, fans should not lose all their hopes. There’s still a possibility that some other network picks up the show at some point in future. If that happens, we will update you about Now Apocalypse season 2 release date.

While we wait for any positive news of Now Apocalypse season 2, you can watch the trailer of season 1 here