Making a film based on nuclear war seems odd, because it is a sensitive matter to deal with. Some of them are entertaining, while others are so bleak and frightening that watching them even once can be an arduous task. They are far more chilling than any gruesome war or spooky horror, because they show us the world which is extremely painful to imagine. While the Cold War may have dwindled because of the fall of Soviet Union, if one goes through the list below, one will surely recall the paranoia surrounding cold war. With that said, here’s the list of top movies about nuclear war ever. You can watch some of these best nuclear war movies on Netflix, Hulu, or Amazon Prime. 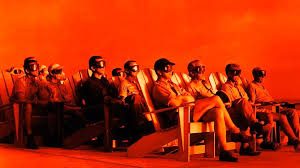 This documentary narrated by William Shatner, uncovers the development of nuclear weapons from the very first in 1945 to the first Chinese test in 1964. Most of the major nuclear blasts are covered, while the background score of William Stromberg gives a hauntingly beautiful semblance to a truly horrific story. 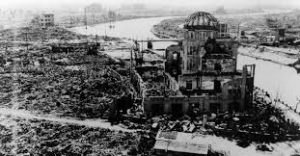 This BBC documentary uses CGI and many more effects to recreate the horrifying scenario of the Hiroshima attack. It is difficult to watch film. The narration of Malcolm McDowell gives goosebumps. It features the black rain that poured over the devastated city, which was fatal to the parched survivors.

This 1986 John Kessel play was made into a 1 hour movie, which is a part of masters of science fiction TV show. Sam Waterston plays the President, who has lost all his memories of the day the world ended – or did he? Waterston played one of the finest characterization which might be his best work. 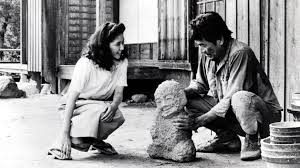 This Japanese movie features how the atomic attack on Hiroshima adversely affected a fictional family. This highly praised Japanese film won awards around the globe. 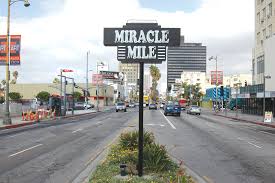 A ‘gimmick’ film stuffed with hilariously funny moments. In Los Angeles, a man receives a misdialed call at a pay phone that “they” have pressed the nuclear exchange button. With the knowledge of the inevitable catastrophe, he has to decide what to do with the information. His secret leaks out and the city goes under chaos as he struggles to get out of the city before the attack strikes. A metaphorical film that makes subtle commentary on the horrors of nuclear strike. 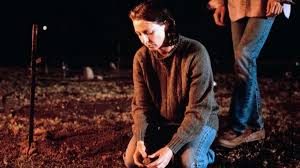 This film, starring Jane Alexander and William Devane, illustrates the struggle to survive in the aftermath of a nuclear attack. The film was made for the television purpose, but was later released in theaters. The story is told through the eyes of a woman who is struggling to take care of her family after a nuclear attack. The entire movie takes place in a small suburban town outside San Francisco. 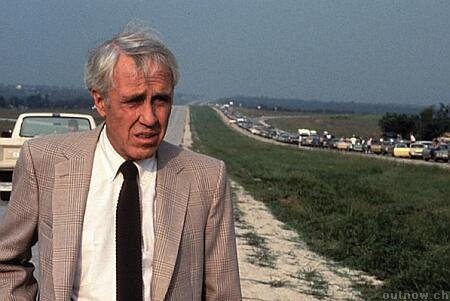 The same year when the Testament was released, The Day After premiered on television in the United States, and still now it is one of the most watched TV movies of all time. Millions of people tuned their TV to watch about two Kansas families that attempt to survive a nuclear attack. More frightening than the attack itself, the post traumatic period where a bunch of shell-shocked population turn to their government for rescue, for all intents and needs, which no longer exists. Radiation sickness, food and fuel shortages, starvation, looting, raping and rampaging made this one a more intense version of the Testament.

Based on the award-winning Cormac McCarthy novel, it follows a man and his son loitering in a post-apocalyptic wasteland. But this is no normal land, it’s not ‘Mad Max’ where there are still living cities where you can barter goods, despite it is gruesome, deprived and frightening nightmare one can have ever imagined.

With no functioning communities, the permanent nuclear winter has set in. The sky is dark and the trees have died. No crops can be grown and there seems no animals left, which means human species is living over the few left canned food and cannibalism is inevitable. The father and his son continue their journey through all the odds to the coast. Why the coast? May be it’s a goal to live for. Their love for each other keeps them alive and together. 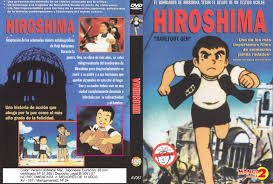 This outstanding Japanese animated movie features a family in 1945 Hiroshima. The tension and panic of the buildup to the bombing on August 6, 1945 is spine-chilling and incredibly well done. The attack itself is slowed down to show the gruesome effects vividly — as it can only be done either with animation of CGI. A horrifyingly unforgettable experience. 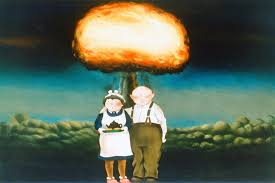 This British project depicts an elderly retiree couple before and after the nuclear attack. The couple try to get through the situation by referring real-life pamphlets distributed by the government on how to survive an attack, but it never goes well as the couple slowly get trapped in the radiation poisoning. What makes this film more disturbing is that it’s a cartoon! 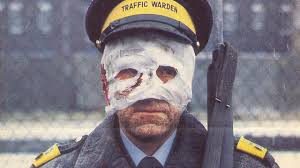 This has to be the most disturbing film on this list. Produced by the BBC, this made for TV movie shocked audiences who had never seen anything devastating like this. One may get stunned into silence and suffer from sleeplessness after watching the film. The story revolves around a few families in Sheffield, United Kingdom, which is also home for several military bases. One day, suddenly, the nuclear war starts.

Nuclear exchange is shown in the most graphic and realistic way one can imagine. It is the first film ever tries to show the ‘Nuclear Winter’ in which a ruined planet makes farming difficult, depleted ozone layer increases cancer rates, and the population of the planet goes down to the early Dark Ages. What an all out nuclear exchange would seem like, this film tries to show that. 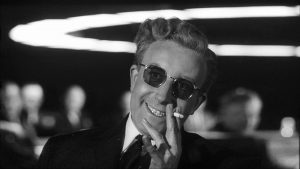 “How I learned to stop worrying and Love the bomb.”

Stanley Kubrick adapted the idea of all out war between the Soviet Union and United States. He tried to depict how the nuclear exchanges would eventually lead to the global destruction, which to him appeared “amusing” . This masterpiece is one of the best war satires of all time. What would happen if US launches a nuclear attack against the Soviets, how they gonna spend the final hours in the Pentagon, how the President and others would try to control the situation?

The movie is replete with sarcasm and intended pun. My personal favourite line is, Peter calling the Russian President to explain about the attack, “Dimitri, well, it seems we went and did a silly thing…”