‘Ocean’s Eleven’ is the first movie in the highly popular eponymous heist franchise that features George Clooney as Danny Ocean, a conman who loves to take risks. The plot follows him as he initiates a seemingly impossible mission to rob a vault that holds the money of 3 prominent Las Vegas hotels. For this purpose, he assembles a team, and together, they get right to work. The ensemble cast also includes Brad Pitt, Matt Damon, Don Cheadle, Andy Garcia, and Julia Roberts. If you wish to learn more about the ending, then you’re in the right place! SPOILERS AHEAD.

The ever-so-charming Daniel Ocean is released from prison, following which, the first thing he does is violating his parole by visiting his pal, Rusty Ryan, in California. They discuss the possibility of robbing the vault that holds the cash of the casinos – Bellagio, the Mirage, and the MGM Grand, which are all owned by Terry Benedict, the boyfriend of Danny’s wife, Tess. This is certainly Ocean’s most ambitious and daring heist yet, but the amount of $163 million as a paycheck warrants the risk involved.

Although initially hesitant, Reuben agrees to finance the venture as Benedict is his nemesis. Following this, Danny and Rusty accumulate a team of experts – Frank Catton (a cards dealer), Virgil and Turk Malloy (talented mechanics), Livingston Dell (an electronics specialist), Basher Tarr (who is on munitions), “The Amazing” Yen (an acrobat), Saul Bloom (an old conman), and Linus Caldwell (a pickpocket). Together, the team makes an intricate plan to break through the almost impenetrable vault for a glorious payday.

It is revealed that Danny’s team infiltrates and escapes the casino disguised as the S.W.A.T. team, taking with them the bags of money. The white van seen earlier is just to throw the authorities off course. When the detective catches up with it, he sees that the steering is being controlled mechanically; there’s no one in the car. Moreover, an explosion reveals that there are only flyers about hookers contained within, not money. 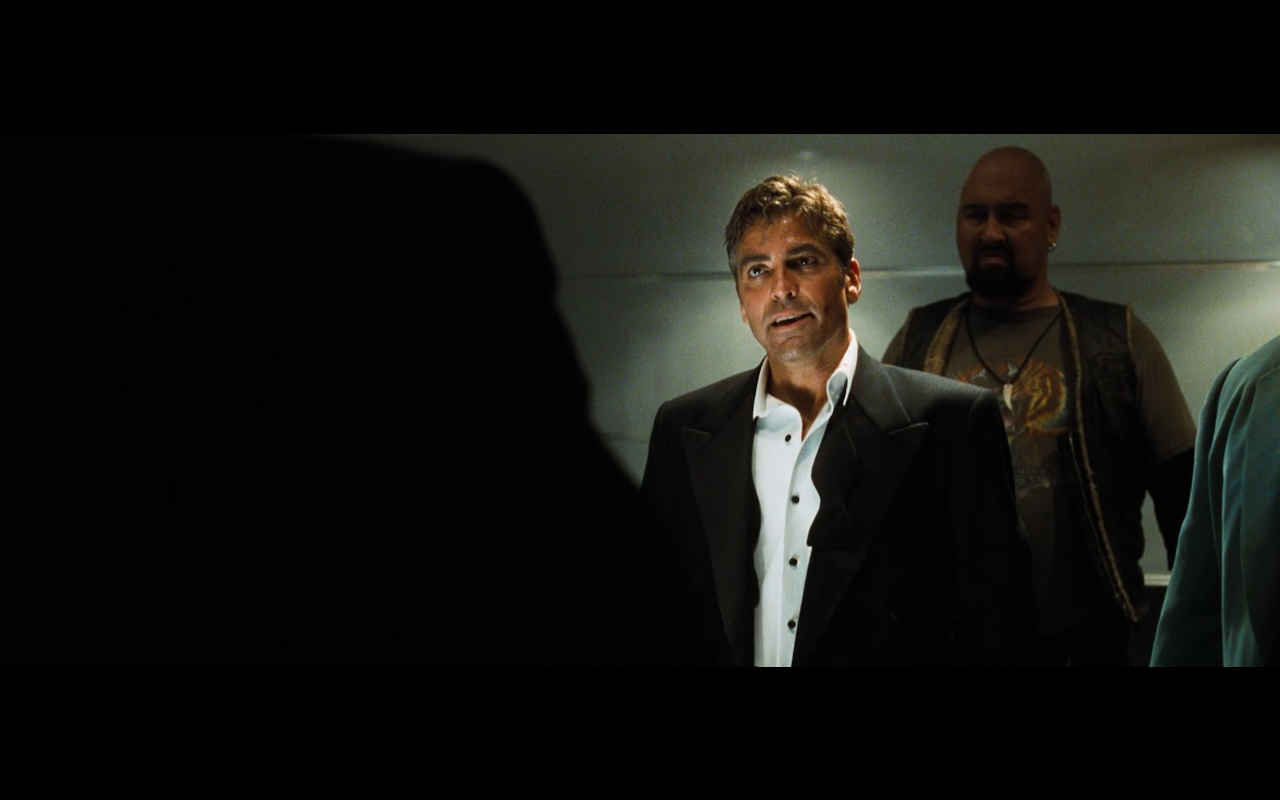 Furthermore, Terry realizes it is a pre-recorded video that shows the three men robbing the vault. In this much time, Danny’s team leaves the hotel. Terry goes to the room where Danny is being beaten up, and he asks the conman if he has anything to do with the robbery. Danny, however, feigns ignorance. In the meantime, Tess gets an anonymous call instructing her to turn to channel 88. There, she watches her billionaire boyfriend state that he would break up with her if Danny could get the money back.

Appalled by this, she leaves the premises. Danny states that he needs 72 hours and knows a guy who is aware of all the jobs carried out in the area. But Terry scoffs and hands him over to the police, especially since the con artist is in violation of his parole. However, Tess runs up to a handcuffed Danny on her way out and even calls him her husband. He tells her that he always knew what he was doing. She asks him how long he will be gone for, to which he says 3 to 6 months.

On the other hand, the team pulls up the S.W.A.T. vehicle into their hideout and leaves inconspicuously. In front of the beautiful Bellagio waterfalls, Danny’s teammates are silently introspecting and marveling at what they have managed to pull off. One by one, they go their separate ways. After the stipulated amount of time, Rusty and Tess go to pick Daniel up from prison. As they drive away, we see Benedict’s men follow their trail.

The Heist Was Never About Money for Danny

From the get-go, Danny is bewitchingly charming and confident. After all, his personal motto is to play the game as if he’s got nothing to lose. It is not surprising then that he proposes robbing one of the most secure vaults in Las Vegas. With an extraordinary reward worth $163 million, it is safe to say that the stakes are quite high. But what Danny is actually after cannot be measured in money because he just wants to win his ex-wife back. In fact, unbeknownst to the group, this is what the heist has been about since the beginning.

When the parole officers are questioning Danny, he talks about how Tess left him, which then led to self-destructive behavior, and consequently, his arrest. Then, there’s the fact that he did not tell Rusty that his ex-wife is now dating Terry, presumably because Danny’s friend would not have had the best reaction. The protagonist also does not keep a low profile in front of Terry, especially considering that the former plans to rob the latter of a huge sum. 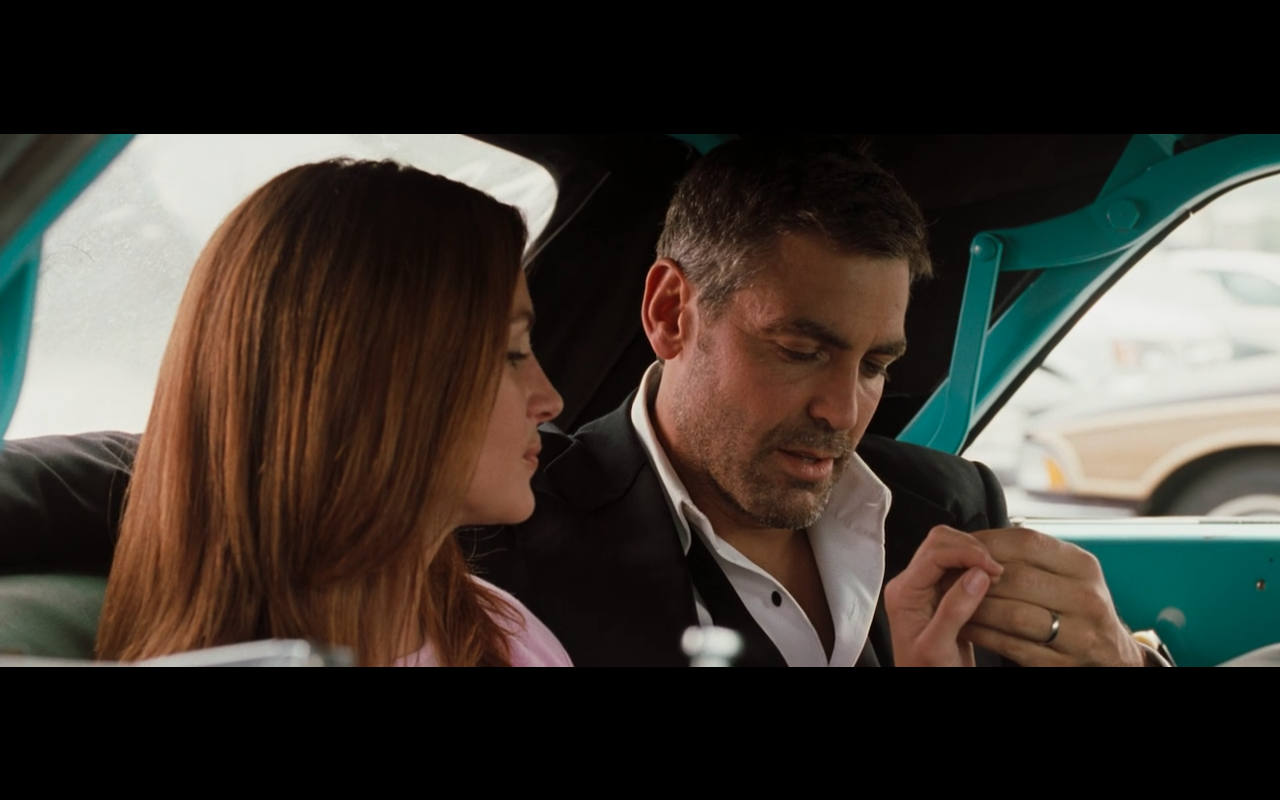 The rationale being followed by the protagonist doesn’t really seem to add up. Why would he be in the face of the very man he is trying to cheat? This is because the heist is a series of calculated risks that Danny takes to show Tess that Terry is not the man for her. Plus, Danny definitely knows what he is doing. The first thing he accomplishes by having Benedict’s men keep an eye on him is that he removes the obvious possibility of him being directly connected to the heist.

Sure, the billionaire can, and does, cast doubt upon Danny. But with no evidence, Terry’s hunch doesn’t really have much merit. Secondly, Danny uses every opportunity he gets to speak to his ex-wife, who wants nothing to do with him. But the conman also knows that Terry is not the kind of guy who can prioritize Tess over profits. Danny’s plan all along is to actually rob Terry of Tess, and it seems as though the money is just a bonus for him.

Furthermore, considering that the casino owner has his men following the trio, it is understood that even one slip-up can cost Danny his freedom. After all, Terry is known for being a ruthless businessman. It’s as if Danny is really showing his commitment to Tess by having this sword hanging over his head. The nail in the coffin is the fact that he can’t really spend his share as he would like to, and it seems like he has no complaints about it whatsoever, as long as he has his lady love.

How Did The Flyers End Up In The Vault?

The flyers of the sex-workers in the bags are arguably what ensures the team’s success. Yes, while Danny and his crew devote ample time and energy to plan the heist out, without these flyers, the whole thing would fall apart. After all, these bags are taken out of the vault and into the white van, which is then used as a distraction to lure the detective and his squad away.

This also takes away the suspicion of the conmen being the S.W.A.T. team, and they get to line their own pockets instead. By the time the explosion occurs and reveals the contents of the van, it is already too late for the casino owner and the authorities to do anything; Danny’s team has already vacated the premises safely. With the viewers trying to understand the basic mechanics of the heist, it can be easy to overlook the role of the flyers. 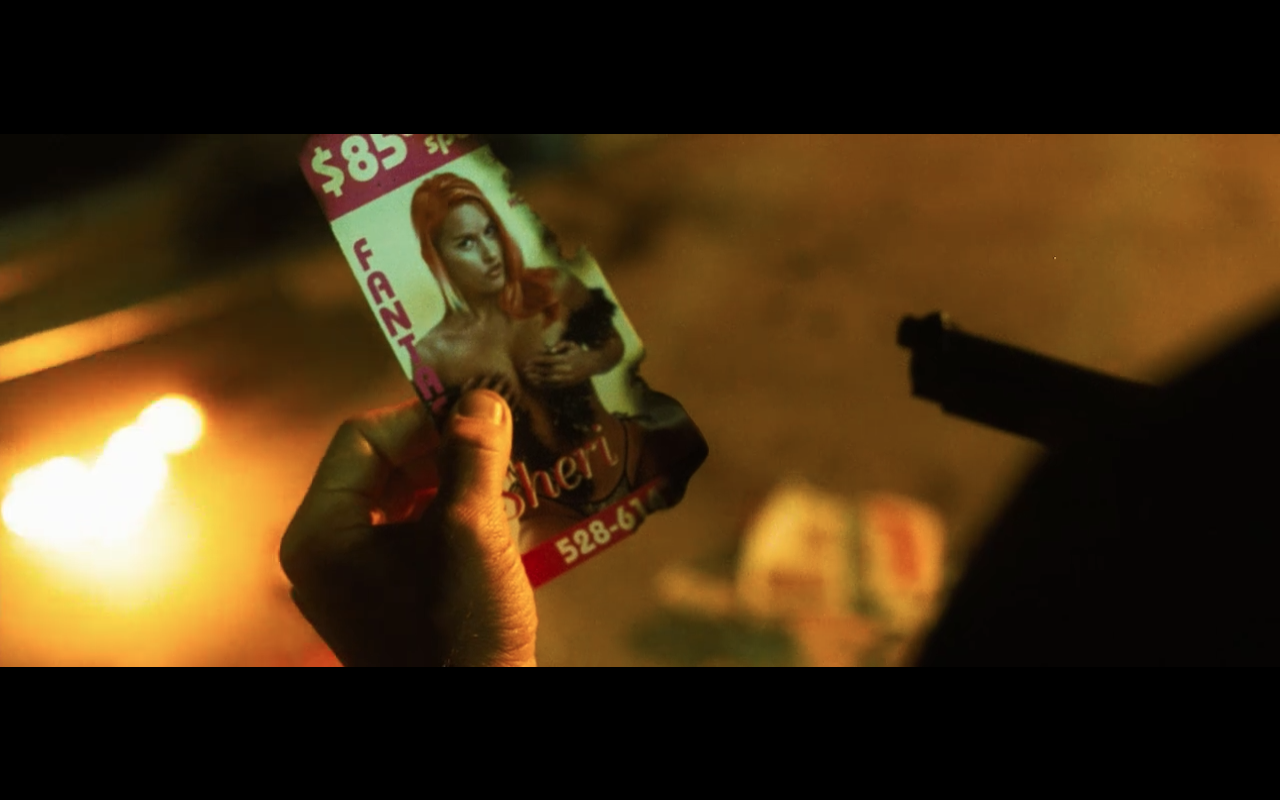 Nonetheless, they are crucial to the plot. But where did they even come from? The movie affirms that neither Danny, Linus, nor Yen was carrying any bags when they entered the vault. (Keep in mind that Terry is seeing a pre-taped robbery in which three men are seemingly stuffing cash into bags). Furthermore, these same black cases are carried out before the “S.W.A.T. team” arrives. This implies that the flyers would have needed to be in the vault already.

So, how did the flyers ended up in the vault in the first place? The director, Steven Soderbergh, acknowledged that this is essentially a plot hole, resulting from an oversight. To be fair to him, while it does unravel the heist’s credibility to a great extent, these flyers also do not make for the most prominent detail of the plan at first watch. Moreover, the whole con is revealed only in the last few minutes, so we can understand how this single point was overlooked.