Netflix’s latest comic book obsession takes us back to some of the golden moments of sci-fi horror, and into a world filled with monsters and monster-hunters. Think of ‘Men in Black’ and ‘The Addam’s Family’, and mix it all up with good old-fashioned dark humour, and your usual high-school drama. You will get yourself, ‘October Faction‘, a series that follows the Allens, a monster hunting couple, and their 17 year-old twins. It is based on the eponymous comic series by Steve Niles and Damien Worm. 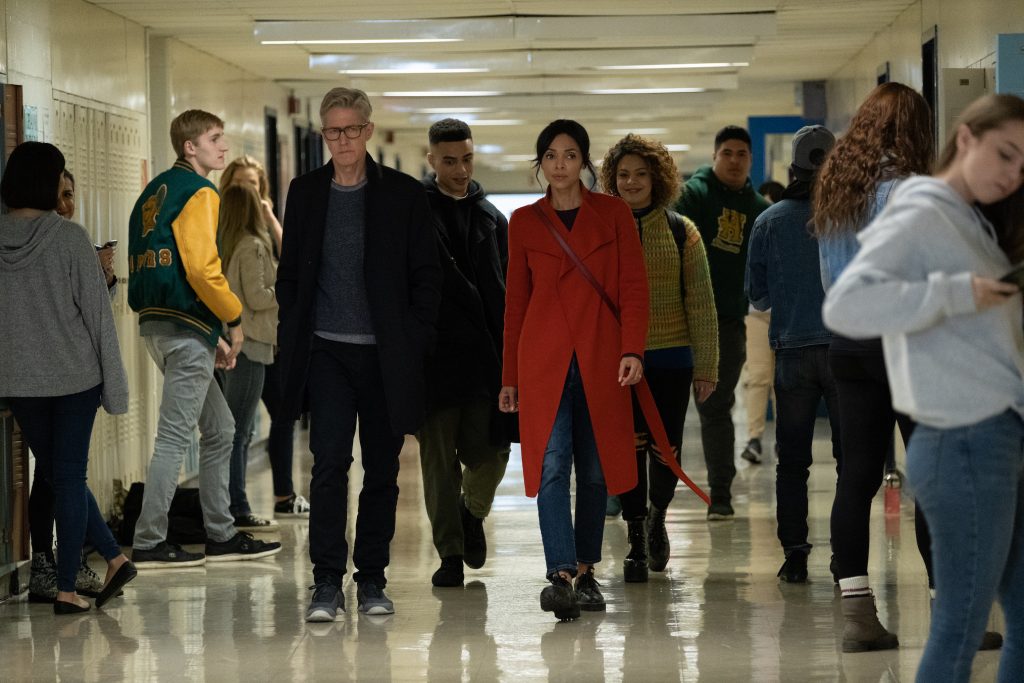 The episode begins with a flashback which explores Deloris’ past. It has Fred and Deloris teaming up for the first time in high-school to kill the monster that killed Deloris’ father. Back in the present, Viv and Geoff are having their worst first days in their new high-school.

Geoff, who is picked on by Mr. Erikson, suddenly snaps, revealing the professor’s secret of his wife cheating on him. This lands him in detention. He is then bullied by Phillip, who makes fun of his homosexuality. Viv finds a friend in Cathy during her art class. But she’s also targetted by Madison and her mean girl clique.

Meanwhile, Fred, who is clearing up Seth’s room, finds a ritualized symbol on the floor. He wonders what his father was hiding. Gina, the Sheriff, calls Fred and Deloris to the station. Deloris’ ’72 Charger was seen in the footage of the store where the murder took place.

As all of this happens, the mysterious lady that Viv freed in the last episode, kills two Presidio agents in Boston, stealing all their data. She ultimately reaches Barington, follows the twins on her red pick-up truck, as they are on their way to a field-trip. Towards the end, Viv realizes something strange about the red truck, and draws it. While the ending reveals that Samuel is actually alive, and has been trapped by Edith and other members of Presidio. 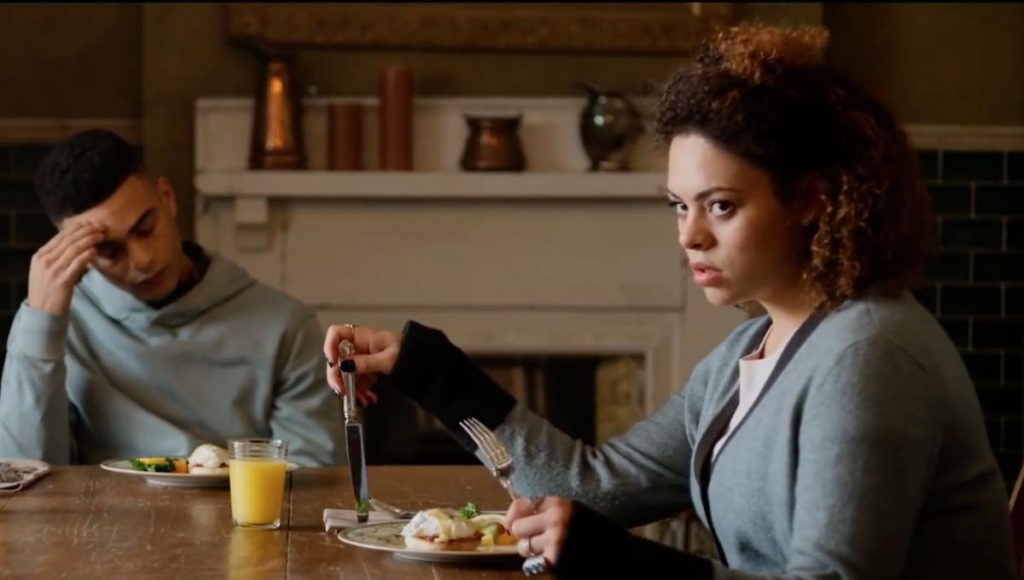 ‘October Faction’ sure is strong on twists, and I definitely did not see this one coming. The suspense the series creates continues to grow as we realize that the people at Presidio might actually not be the good guys after all. But it also continues to add on to its absurdity. Though this might not be such a bad thing if ‘October Faction’ can find the fine balance that allows it to be self-aware while not taking itself too seriously.

The second episode also focuses a lot more on the twins, Viv and Geoff, than the last one. The warm-tinted flashbacks, present in each one of the episodes, keep the series all the more intriguing, as it simultaneously pieces together two narratives. But the series still continues to be all over the place. It is definitely too soon to say if this is because of bad writing. Or if all of the bizarre loose-ends actually tie-up to the larger narrative as the show progresses.

Of all the flaws ‘October Faction’ has, its visual effects sit at the top of the list. From the gadgets and weapons that the monster hunters use, which remind one of those spy gears sold in toy shops, to the way the mysterious demonic lady looks. It takes one back to the early 2000s, and at times, simply feels laughable. I actually cracked up when the lady enters the bus, with her red eyes, and her hair flowing. Her actions also do not make sense – she stops the bus to just look at Viv, and then leaves? What is it for? Maybe she’s not the bad one after all. But again, it is too soon to say anything.

Despite its flaws, ‘October Faction’ does do a good job at humanizing monsters. I found the scene where the lady picks flowers as the sun shines on her face, quite interesting for this reason. It also continues to explore important topics that range from racism to homophobia to cyberbullying. The series has definitely made it clear that everyone has a dark past and secrets to hide. With all the twists and turns the series is already taking, we don’t know whose side we’re on. Hopefully, the future episodes will tie all these loose-ends.