Will There be an Odd Mom Out Season 4? 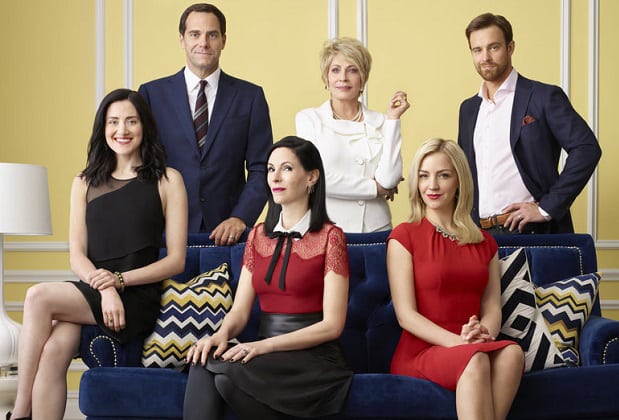 Odd Mom Out, the American comedy television series is created by and stars Jill Kargman. The first season which had ten episodes was ordered by the American cable television network, Bravo. The series focuses on Kargman portraying a fictionalized version of herself, Jill Weber, who is forced to cruise the wealthy mommy clique that resides in the prestigious Upper East Side neighborhood of New York.

The series is shot at various locations in New York City. It first premiered on June 8, 2015, with its pilot episode. The network renewed Odd Mom Out for a 10-episode second season and then again for a third season on September 22, 2016, shortly after the second season concluded.

All of the thirty episodes aired to date have a running time of about 22 minutes. The show has also received a positive and humble rating from various critics since its launch. So now the question is, will there be an Odd Mom Out season 4? Let’s find out.

Unfortunately, Odd Mom Out season 4 was axed by Bravo after its third season. The network didn’t move forward with additional episodes from the series. Star Jill Kargman confirmed this news, saying, “Alas, all good things must come to an end, including this wacky gang ruining takes with peals of laughter”. She was also grateful to Bravo and the cast and crew, and fans for their support.

So, as of now, Odd Mom Out season 4 stands cancelled. Fans still interested in catching up on the show can head to Bravo TV and check out all the episodes of all the three seasons.

Odd Mom Out Cast: Who is in it?

The lead role depicting Jill Weber is played by the talented and beloved Jill Kargman, who is not only an actress but also a writer and author who belongs to the upper east side of New York City. Andy Buckley portrays the role of her on-screen husband, Andy Weber. Andy Buckley is an American actor, screenwriter, and stockbroker.

Abby Elliott plays the pivotal role of Brooke Von-Weber, who is Jill’s sister in law and shares a tense and strained relationship with her mainly because of the family diplomacy. Brooke is the bonafide and stereotypical momzilla who contributes towards the vicious dynamic of the series. Joanna Cassidy plays the role of Candace Von-Weber who presides the family and upholds the matriarch stature of the clan.

Odd Mom Out Plot: What is it about?

Jill Weber is married to her doting advocate husband, Andy Weber. She is an unskilled member of the family and a stay-at-home mom of three. Jill is desperately trying to cope with this aristocratic lifestyle which is the central plot of this witty series. She likes to live on her own terms but living in the city of the richest cliques, along with the opulent domain, makes her obliged to change her routines similar to that of her family who only cares to measure up to the trends and norms of the elites living in absolute luxury.

Because of her husband Andy, she gets to understand the inner workings of the city’s overly privileged classes. Even her mother-in-law Candace is forever engrossed in the possessions and wealth of the Weber family.  Besides Jill’s privileged momzilla sister-in-law Brooke raises three children and is expecting another baby. The tension and bitterness are visible in almost every encounter they’ve had in the series. Brooke is married to her successful husband, Lex. Abby Elliot (who plays the role of Brooke’s snobby character) described her as a person coming from an insecure background, so she is the way she is.

Jill’s best friend Vanessa, who is an E.R doctor, always has her back and brings her back to her senses with her boldness, prickly comments, now and then. She keeps Jill sane while she is caught up in the chaotic mess of an entitled world of substance, gluttony, and baggage of living with the rest of the snooty mothers. Meanwhile, Jill is also scared to lose her only best friend who understands her for who she is as a person and is a guiding hand throughout the series. Jill is a flagrant part of this game of the A-listers. While in the end, she always understands and gets back to her sanity.

Throughout the serial, in each of the three seasons, the story portrays Jill’s witty jokes and sarcasm that oftentimes felicitates with the rest of the supporting roles played by each character in the story. Her time to time struggles between her greed and avarice and opting for a more sensible and grounded life, how she manages to constantly try and fit in with her family and society’s demands, with a shed load of striking humor, is what’s showcased in this show.

You can watch the official trailer for Odd Mom Out below: