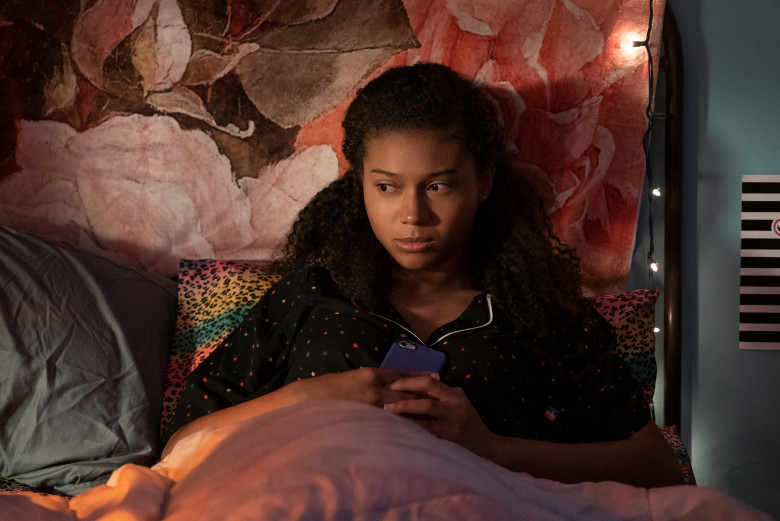 In one of the previous episodes, Monse had told Jasmine that she wrote to her mother but never got back an answer. The last time she had seen her, she said that she was disappointing. But all that grudge and hatred doesn’t seem to matter when she discovers that her mom is dead. In this episode, we see a lot of things becoming clearer for the teenagers of Freeridge.

On My Block Season 3 Episode 5 Recap

Monse goes to Brentwood to attend her mother’s funeral. Cesar, Jamal and Jasmine try to console her, but she doesn’t feel anything. After hiding in his bed for days, Ruby, too, makes an appearance, but the most recent threat seems to have gotten the best of him and he says some insensitive stuff. Jamal and Jasmine’s competition to be the leader of the group continues and Jamal finds an opportunity to get the upper hand. He also asks Oscar to get the deadline pushed further, but Cuchillos is not in the mood to do anything about it or the increasing menace of the 19th Street gang. Oscar manoeuvres the situation in his own way, and his father prepares to leave without saying goodbye.

On My Block Season 3 Episode 5 Review

Living in a neighbourhood where shootings are commonplace, gangs rule the streets, and kids can be picked off at any time is bound to take a toll on anyone. For the past two seasons, and a half, we have seen the life of teenagers in Freeridge who go up against the challenges that a normal kid should not have to. Even though the scenario is presented to us in a way that makes it entertaining, funny and maybe even exciting, the threat is pretty much real.

One of the great things about ‘On My Block’ is how it balances between the two emotions. It walks a fine line that portrays normal struggles and worries of an everyday teenager and, in it, mixes the challenges that they have to face while living in such a neighbourhood. It is delivered to us in a nice packing, but sometimes, the show puts the effort in presenting the harsh reality as it is and the effect it has on the growing minds. This episode is one of those times.

After the death of one of her best friends and almost losing the other, after constantly worrying about the safety of her boyfriend, after learning to live alone in a place that is not as safe as it could have been, and being threatened by a gangster to do her job, Monse has been through a lot. So much, in fact, that she worries it might be desensitising her.

She does not feel anything after her mother’s death, which worries her. She shares her concerns with Ruby, who has been going through the same thing himself. Going through so much pain that they eventually become numb to it is the thing that they are coming to terms to. And it is a very sad thing for a teenager to feel like. Adding to the pain is the departure of Cesar’s dad. He had just begun to form a bond with him and his sudden departure breaks Cesar’s heart. Through this parallel, both Monse and Cesar lose their parents.

Another great thing about the show is Jasmine, who is increasingly expanding into her own being, much, much more than what she had started out with. She is not only sharp but also very clear about life and feelings and with the way things are going with them, the squad needs someone who can be there for them but also state things as they are.